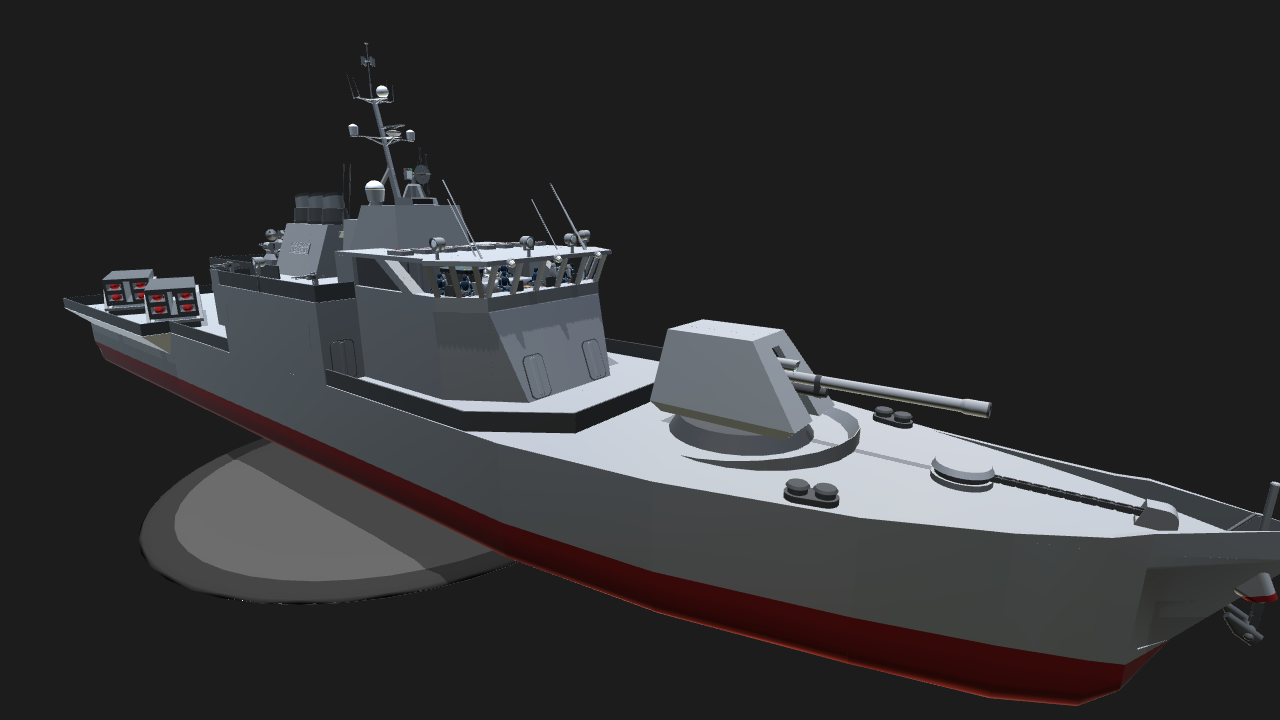 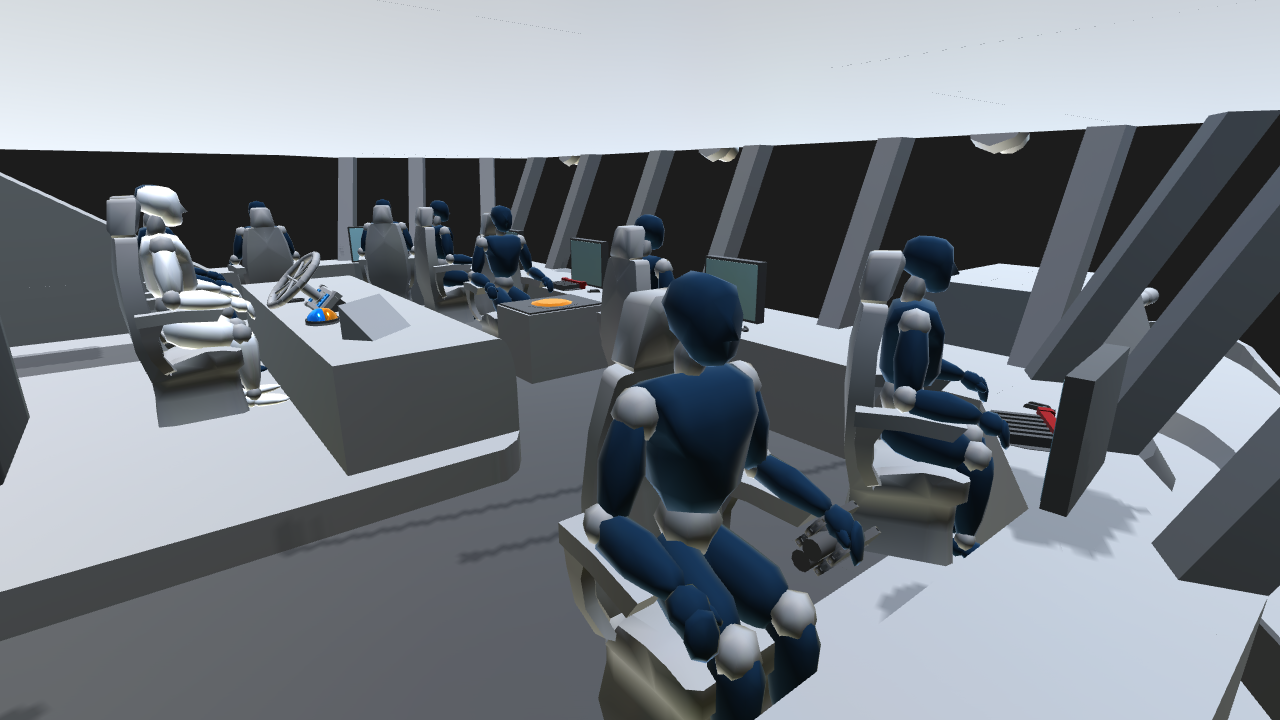 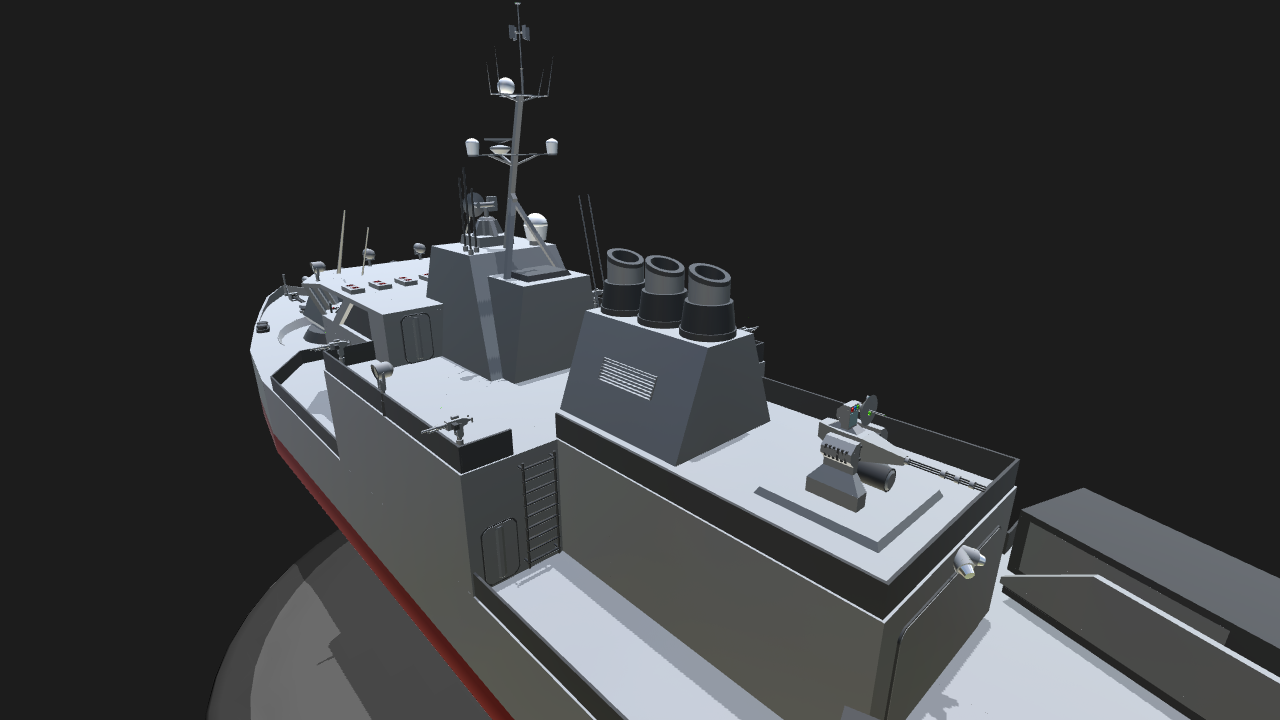 Hello Everyone! Supercraft888 again, and today i bring you one of my most ambitious projects yet, the Beast-Class Missile Corvette, created for EternalDarkness' Small Combat Vessel Challenge. Unfortunately, something went wrong and it didn't become a successor to the actual challenge, and although I tried to save the ship as a subassembly and put onto the challenge canvas, it wouldn't work. Anyway, I had an a amazing time building and testing this thing and I hope you guys have an awesome time sailing this thing! Otherwise, Enjoy!

Notes:
- All parts can be taken and used, as long as credit is given to me.
- The minigun used for the Close In Weapon System has been taken from another creator, I am unsure though of where it came from.
- The .50 cal machine guns were taken from my UH-11

---Description---
The Beast class missile Corvette is a class of stealth warship designed and used by The Royal Canadian Navy. First ordered in 2017, and finally completed in 2019 It served as a back bone for Canada's navy during the second Cold War, protecting the shores of Canada from all potential enemies.

Equipped with 16 Broadsword-2 missiles, a 76 mm cannon, and the state of the art Shield CIWS, and four .50 caliber machine guns. The Beast class missile corvette carried a very potent armament for a ship of it's size. In addition to this, it had an advanced network of sensors that allowed it to scan the ocean and seafloor and communicate with other allied ships, making them ideal for patrolling and scouting the oceans. This network of information made it very difficult for enemy ships to engage a battle group of Canadian warships, since each battle group had at least three to four Beast-Class warships constantly feeding information.

Propelled by 3 water pumps jets, powered by 3 gas turbine engines, the Beast-Class warships were capable of travelling at an impressive 59 kilometers per hour or 51 knots it was a very fast ship with exceptionally long range, one of the fastest ships during the start of the war. It would eventually be able to cruise at up to 62 knots later on when it was upgraded.

A total of 117 vessels were planned, but as the war went on, over 250+ were built in order to supply allies with the Beast Class Corvette. All ships in the Beast class except for two (HMCS Yellowstone and HMCS Markham) are named after animals found in Canada.

"Its fast, and it packs a punch, it might not be to impressive since is so small, but that thought would be far behind you when there is cruise missiles being fired at you"
-Captain Micheal Smith, USS Hellfire

"We couldn't ask for a better ship, the Canadians made a ship so small, potent, and fast, its quite a surprise for the enemy for sure"
-Rear Admiral, Dmitri Nikulin

"It was an important part of our navy, it could even be considered the backbone of our navy"
-Chief Petty Officer, James Grey 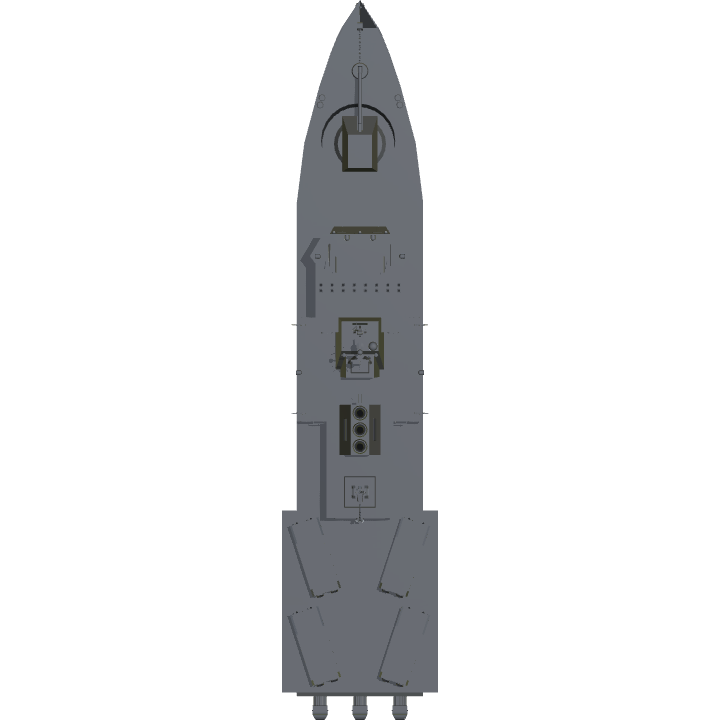 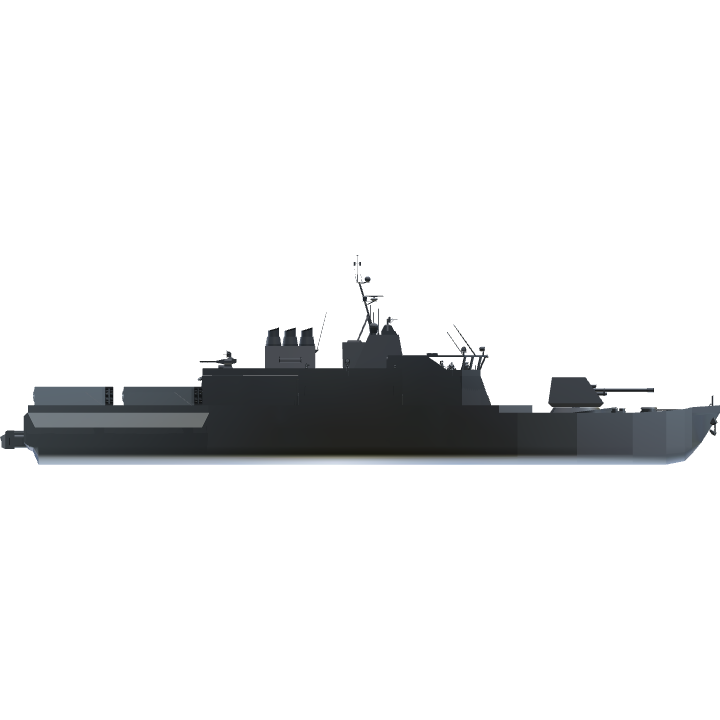 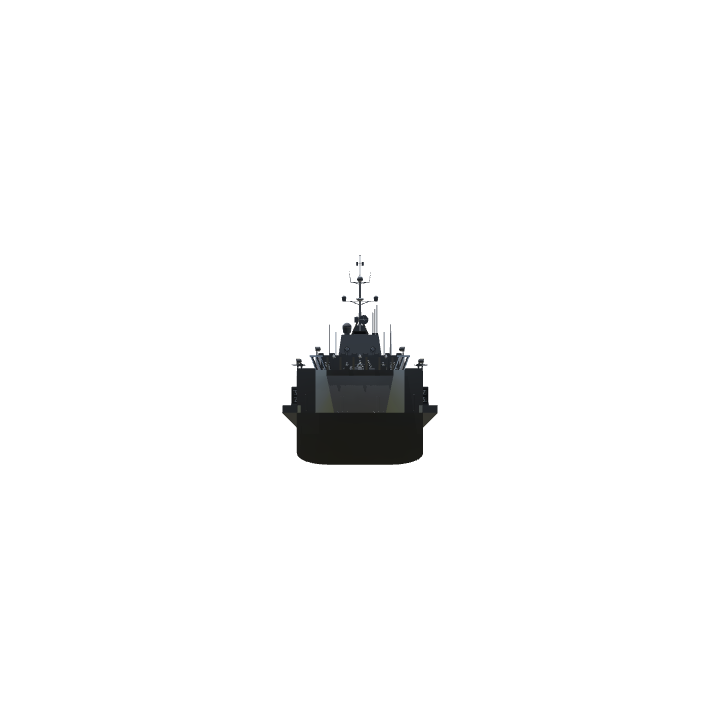