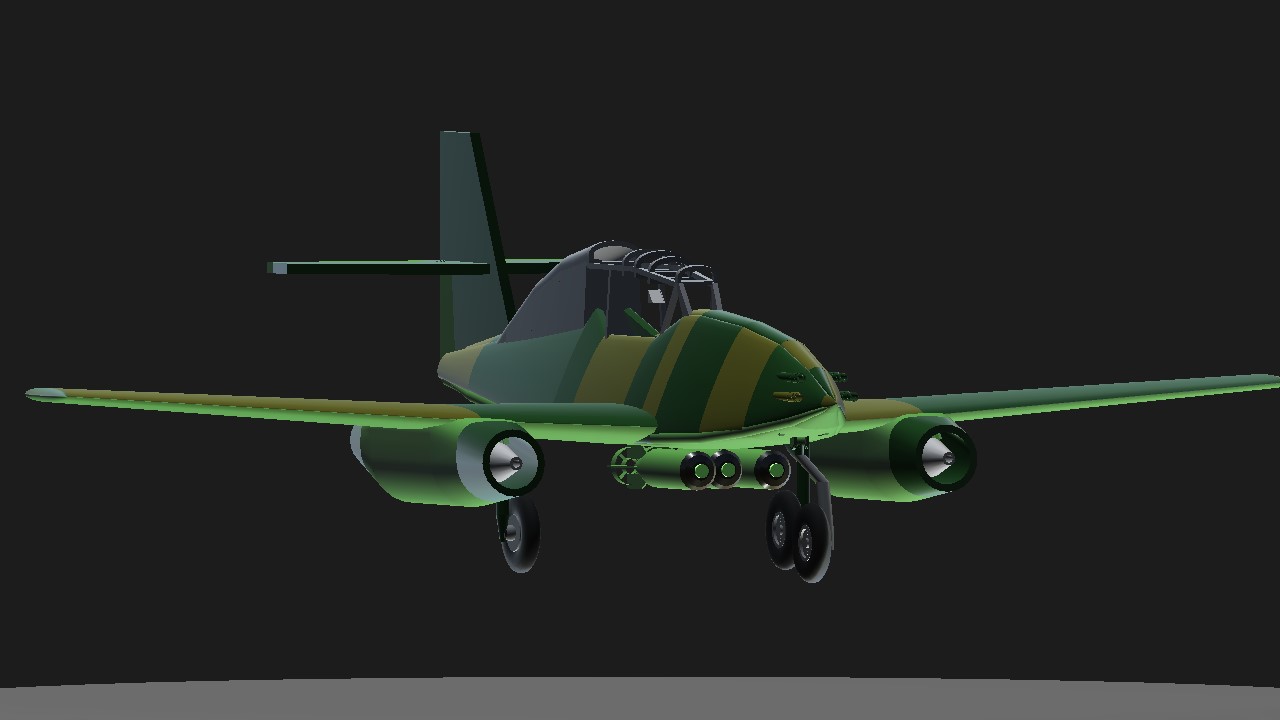 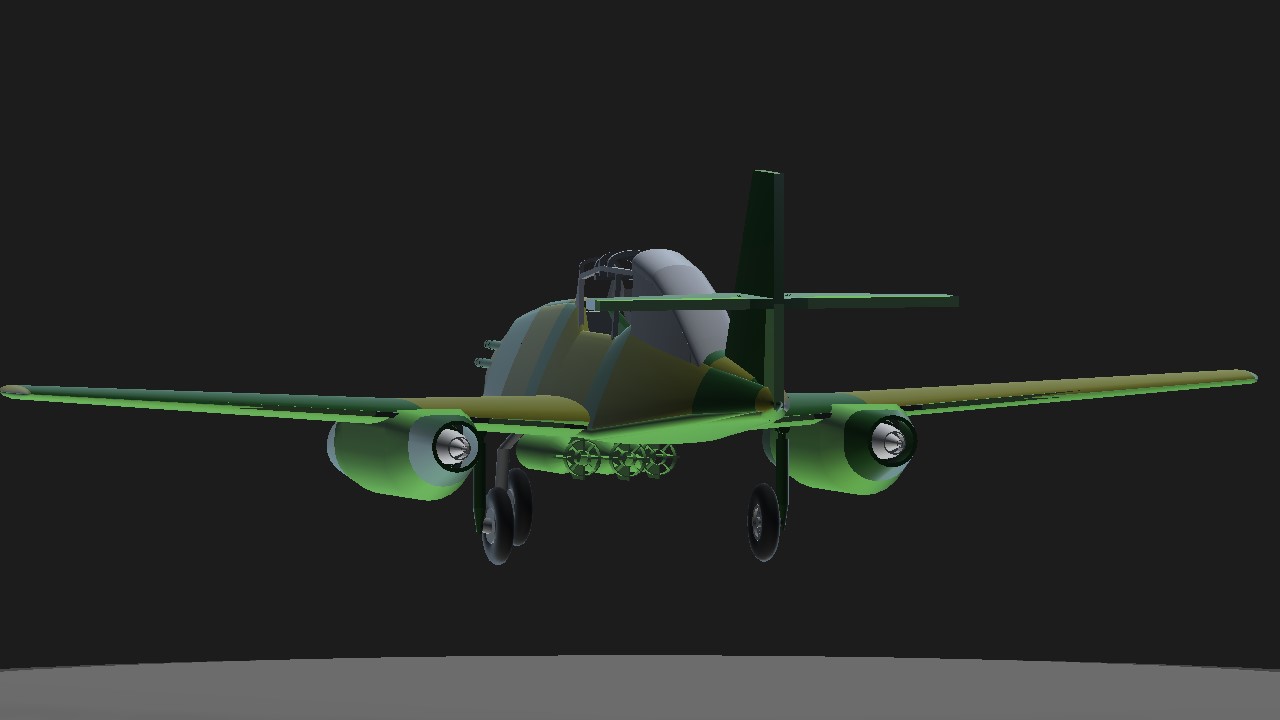 The Messerschmitt Me 262, nicknamed Schwalbe (German: "Swallow") in fighter versions, or Sturmvogel (German: "Storm Bird") in fighter-bomber versions, was the world's first operational jet-powered fighter aircraft. Design work started before World War II began, but problems with engines, metallurgy and top-level interference kept the aircraft from operational status with the Luftwaffe until mid-1944. The Me 262 was faster and more heavily armed than any Allied fighter, including the British jet-powered Gloster Meteor. One of the most advanced aviation designs in operational use during World War II, the Me 262's roles included light bomber, reconnaissance and experimental night fighter versions

Me 262 pilots claimed a total of 542 Allied aircraft shot down, although higher claims are sometimes made. The Allies countered its effectiveness in the air by attacking the aircraft on the ground and during takeoff and landing. Strategic materials shortages and design compromises on the Junkers Jumo 004 axial-flow turbojet engines led to reliability problems. Attacks by Allied forces on fuel supplies during the deteriorating late-war situation also reduced the effectiveness of the aircraft as a fighting force. Armament production within Germany was focused on more easily manufactured aircraft. In the end, the Me 262 had a negligible impact on the course of the war as a result of its late introduction and the consequently small numbers put in operational service. While German use of the aircraft ended with the close of World War II, a small number were operated by the Czechoslovak Air Force until 1951. It also heavily influenced several designs, such as Sukhoi Su-9 (1946) and Nakajima Kikka. Captured Me 262s were studied and flight tested by the major powers, and ultimately influenced the designs of post-war aircraft such as the North American F-86 Sabre, MiG-15 and Boeing B-47 Stratojet. Several aircraft survive on static display in museums, and there are several privately built flying reproductions that use modern General Electric J85 engines.

Several years before World War II, the Germans foresaw the great potential for aircraft that used the jet engine constructed by Hans Joachim Pabst von Ohain in 1936. After the successful test flights of the world's first jet aircraft—the Heinkel He 178—within a week of the Invasion of Poland to start the war, they adopted the jet engine for an advanced fighter aircraft. As a result, the Me 262 was already under development as Projekt 1065 (P.1065) before the start of World War II. The project originated with a request by the Reichsluftfahrtministerium (RLM, Ministry of Aviation) for a jet aircraft capable of one hour's endurance and a speed of at least 850 km/h (530 mph; 460 kn). Dr Waldemar Voigt headed the design team, with Messerschmitt's chief of development, Robert Lusser, overseeing. Plans were first drawn up in April 1939, and the original design was very different from the aircraft that eventually entered service, with wing root-mounted engines, rather than podded ones, when submitted in June 1939. The progression of the original design was delayed greatly by technical issues involving the new jet engine. Because the engines were slow to arrive, Messerschmitt moved the engines from the wing roots to underwing pods, allowing them to be changed more readily if needed; this would turn out to be important, both for availability and maintenance. Since the BMW 003 jets proved heavier than anticipated, the wing was swept slightly, by 18.5°, to accommodate a change in the center of gravity. Funding for the jet engine program was also initially lacking as many high-ranking officials thought the war could easily be won with conventional aircraft. Among those were Hermann Göring, head of the Luftwaffe, who cut the engine development program to just 35 engineers in February 1940 (the month before the first wooden mock-up was completed); Willy Messerschmitt, who desired to maintain mass production of the piston-powered, 1935-origin Bf 109 and the projected Me 209; and Major General Adolf Galland, who had initially supported Messerschmitt through the early development years, flying the Me 262 himself on 22 April 1943. By that time, problems with engine development had slowed production of the aircraft considerably. One particularly acute problem arose with the lack of an alloy with a melting point high enough to endure the high temperatures involved, a problem that by the end of the war had not been adequately resolved. The aircraft made its first successful flight entirely on jet power on 18 July 1942, powered by a pair of Jumo 004 engines, after a November 1941 flight (with BMW 003s) ended in a double flameout. Hans Guido Mutke's Me 262 A-1a/R7 on display at the Deutsches Museum
The project aerodynamicist on the design of the Me 262 was Ludwig Bölkow. He initially designed the wing using NACA airfoils modified with an elliptical nose section. Later in the design process, these were changed to AVL derivatives of NACA airfoils, the NACA 00011-0.825-35 being used at the root and the NACA 00009-1.1-40 at the tip. The elliptical nose derivatives of the NACA airfoils were used on the horizontal and vertical tail surfaces. Wings were of single-spar cantilever construction, with stressed skins, varying from 3 mm (0.12 in) skin thickness at the root to 1 mm (0.039 in) at the tip. To expedite construction, save weight and use less strategic materials, late in the war, wing interiors were not painted. The wings were fastened to the fuselage at four points, using a pair of 20 mm (0.79 in) and forty-two 8 mm (0.31 in) bolts.

In mid-1943, Adolf Hitler envisioned the Me 262 as a ground-attack/bomber aircraft rather than a defensive interceptor. The configuration of a high-speed, light-payload Schnellbomber ("fast bomber") was intended to penetrate enemy airspace during the expected Allied invasion of France. His edict resulted in the development of (and concentration on) the Sturmvogel variant. It is debatable to what extent Hitler's interference extended the delay in bringing the Schwalbe into operation; it appears engine vibration issues were at least as costly, if not more so. Albert Speer, then Minister of Armaments and War Production, in his memoirs claimed Hitler originally had blocked mass production of the Me 262, before agreeing in early 1944. Hitler rejected arguments the aircraft would be more effective as a fighter against the Allied bombers destroying large parts of Germany, and wanted it as a bomber for revenge attacks. According to Speer, Hitler felt its superior speed compared to other fighters of the era meant it could not be attacked, and so preferred it for high altitude straight flying.

The Me 262 is often referred to as a "swept wing" design as the production aircraft had a small, but significant leading edge sweep of 18.5° which likely provided an advantage by increasing the critical Mach number. Sweep, uncommon at the time, was added after the initial design of the aircraft. The engines proved heavier than originally expected, and the sweep was added primarily to position the center of lift properly relative to the center of mass. (The original 35° sweep, proposed by Adolf Busemann, was not adopted.) On 1 March 1940, instead of moving the wing backward on its mount, the outer wing was re-positioned slightly aft; the trailing edge of the midsection of the wing remained unswept. Based on data from the AVA Göttingen and wind tunnel results, the inboard section's leading edge (between the nacelle and wing root) was later swept to the same angle as the outer panels, from the "V6" sixth prototype onward throughout volume production. 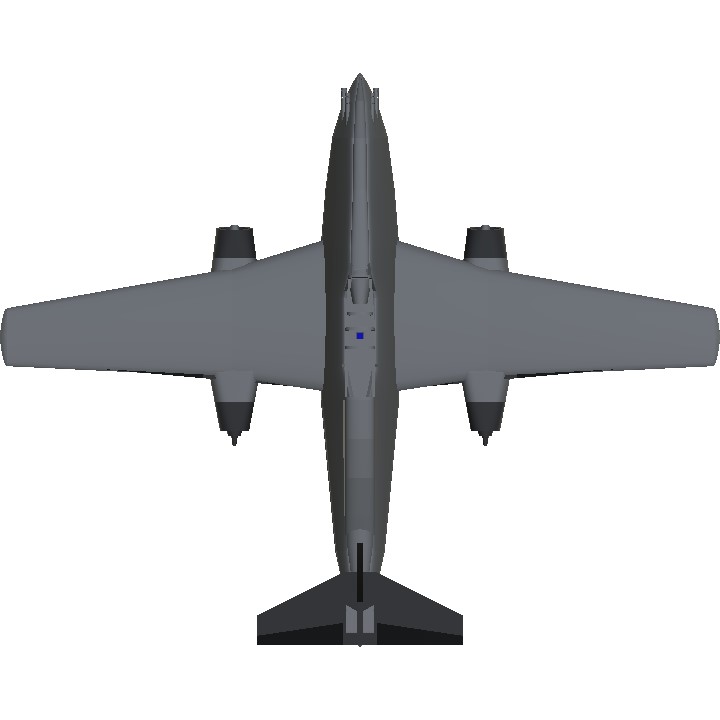 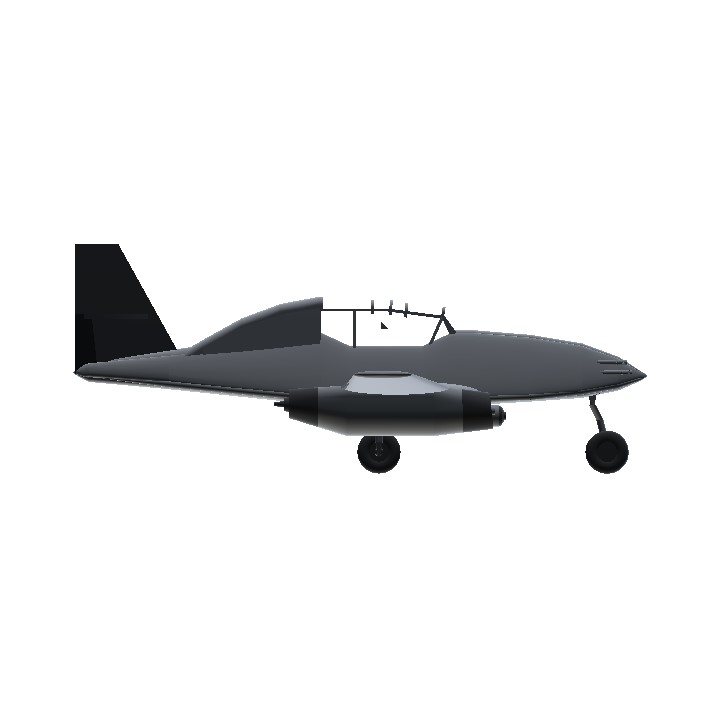 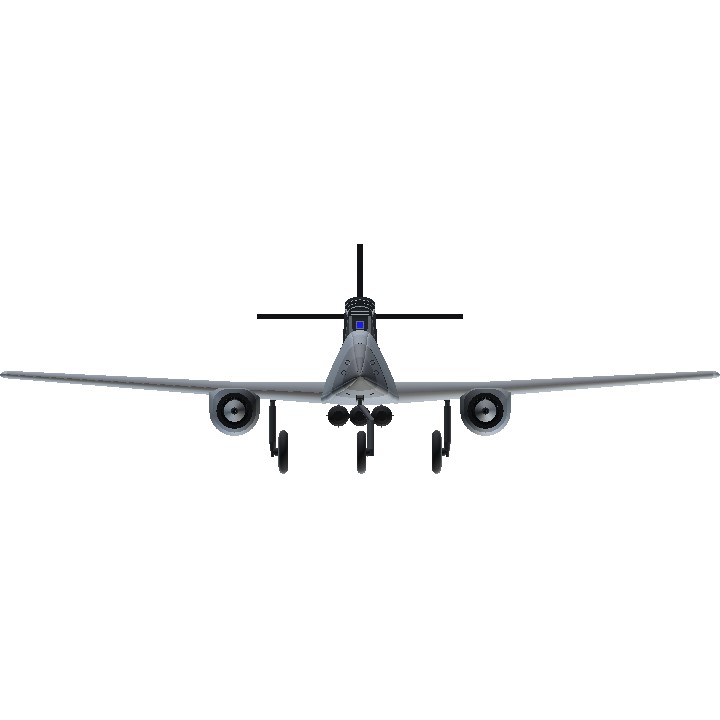