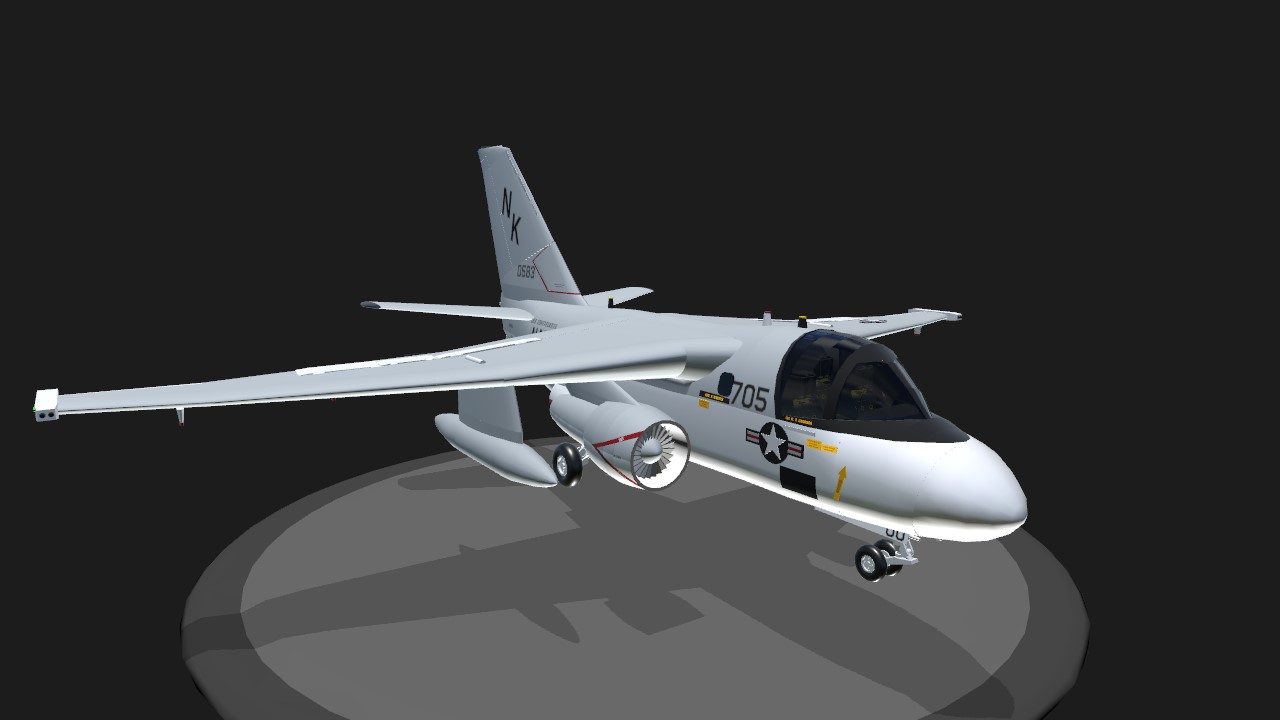 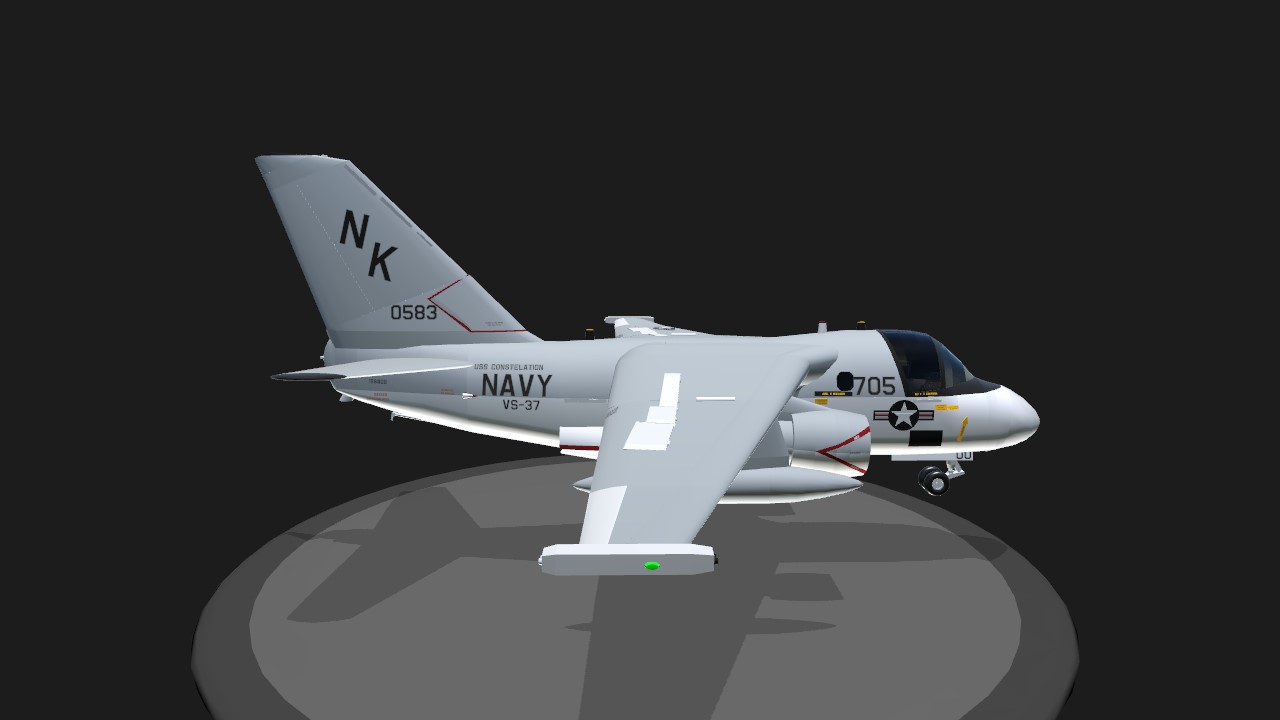 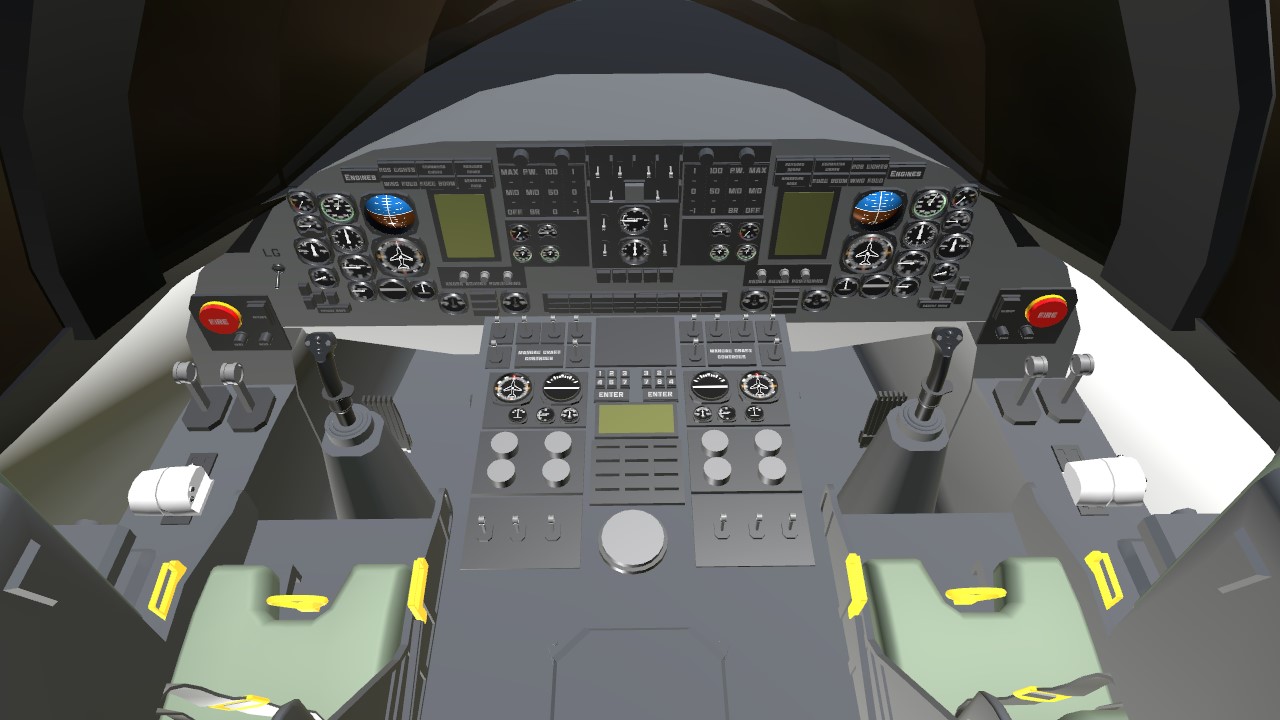 After 1 month of work this plane is finally done. I’m very proud of this plane and a little astounded that my iPad was able to handle it.

This is a 1:1 replica of the original S-3 Viking. The S-3 viking was used as an anti-submarine aircraft from the years 1974-2016. The aircraft has 4 internal hard mounts, upon which I’ve attached Mark-46 Torpedos. There are 2 hardpoints on the aircraft where I’ve choosen to attach fuel tanks. The Viking never had any guns but did have flares which I have included.

The Viking also has a refueling probe that extends from the cockpit. Amongst the rest of the activation groups, there are position lights, formation lights, arresting hook, payload doors, and my favorite, wing folding.

I was thrilled to see all the cockpit parts added with the update and have tried my best to portray the most realistic cockpit I can. The hardest part was the custom landing gear and timed closing doors as I’ve never made these before. I tried to recreate every element and detail from the real craft, that I was able to find.

I really hope that you enjoy the hard work I’ve put into this plane! From the bottom of my heart, thank you all for the support, I couldn’t have done this without countless forums, pages, and the amazing community that SP is. 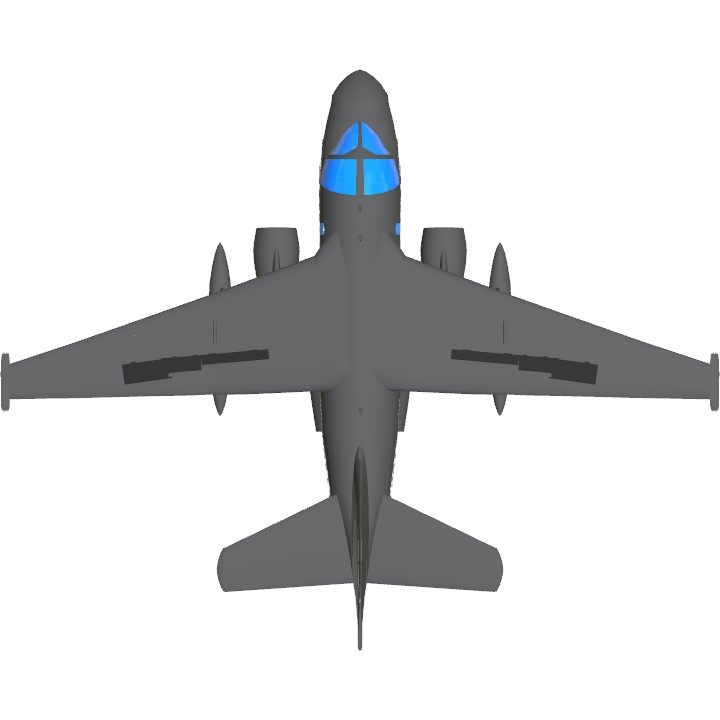 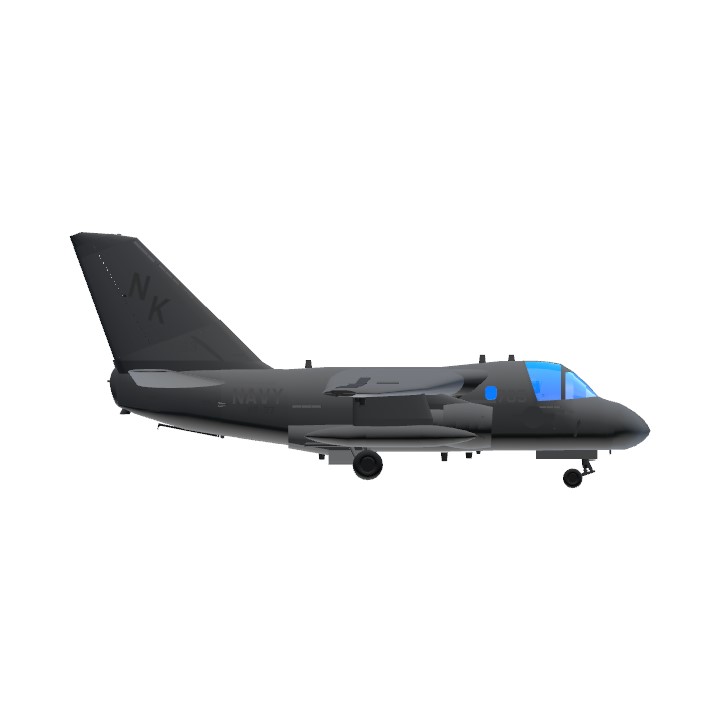 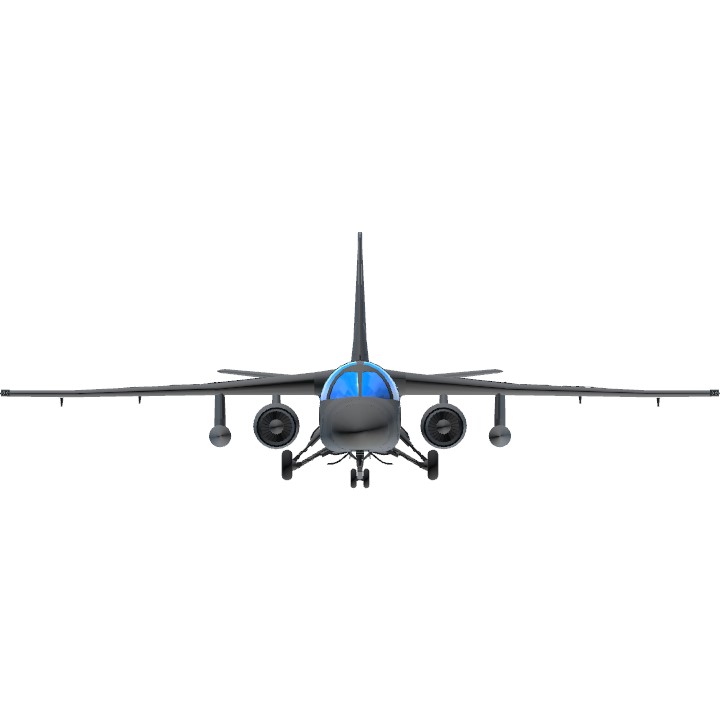