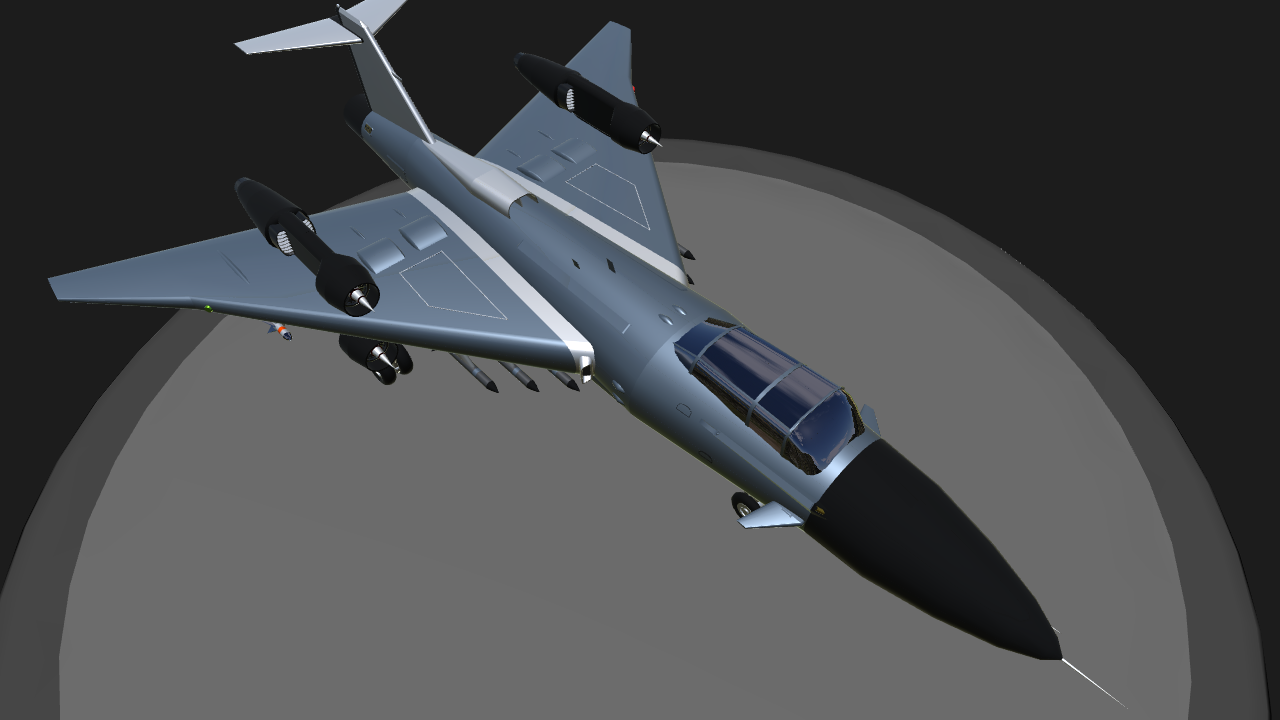 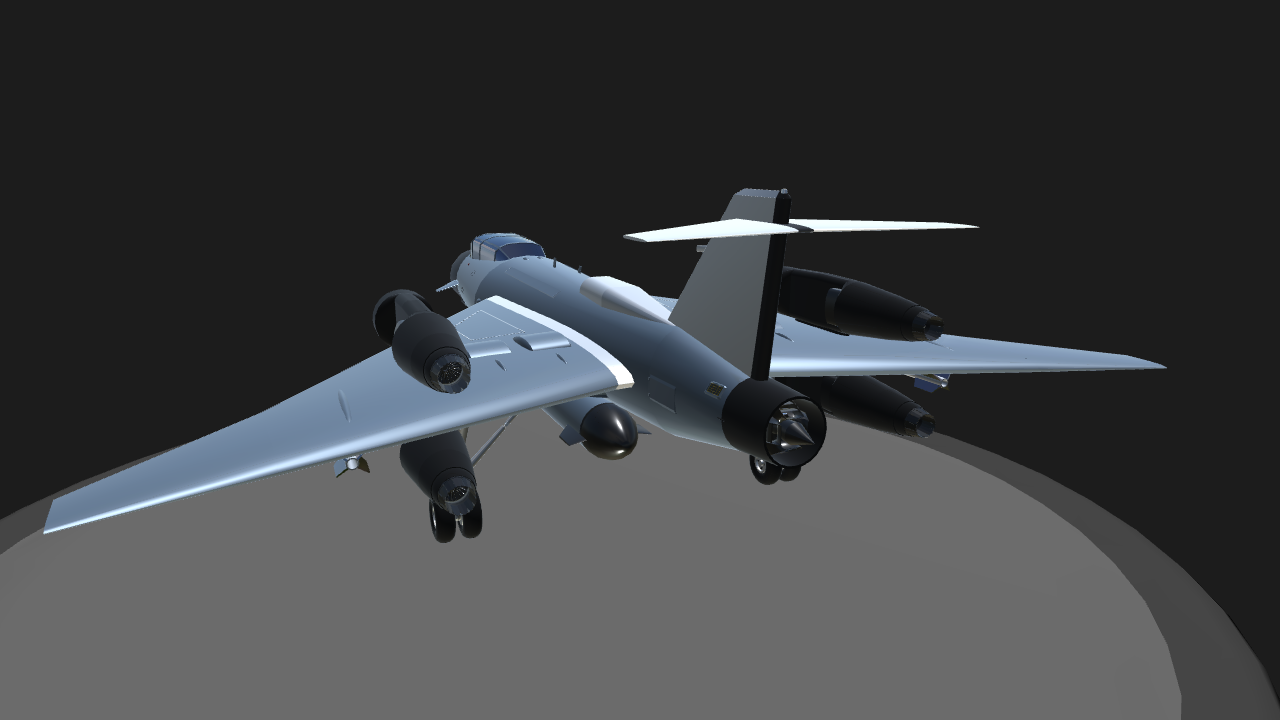 WARNING! LOUD ENGINES WHEN ACTIVATING AG1. PLEASE BE CAREFUL OF YOUR SPEAKERS AND EAR-DRUMS, ESPECIALLY IN COCKPIT VIEW.

Take-off: Apply full throttle, rotate at 240mph. Once airborne and undercarriage up, apply trim as required.

High-speed flight: LOUD ENGINES! AG1 on fires up the 4 wing-mounted engines. Adjust trim as required. AG1 off to kill the engines, VTOL up for air-brakes to slow if desired.

Landing: AG1 off. Reduce throttle to 10% and apply full trim to keep the nose up. Maintain 5 degrees descent angle then flare and cut power just before wheels touch.

This was originally intended for my H.M.A. Series of builds but I couldn’t find a way to aesthetically fit it into the parallel universe so instead, I built it as a flying test-bed to try out some different building methods and combine high speed flight with a low, manageable landing approach speed.

Having buried and hidden the wings, elevators and engines, this left me free to build this with a faux flying tail, ridiculous all-moving ailerons, faux trim canards, a simple re-fueling probe, a single pew-pew tucked away below the port canard, along with missiles and flares to make it look vaguely aggressive.

The end result is a cold-warish, Atom punk mish-mash plane which is fairly good fun at high speeds and lands at low speeds. 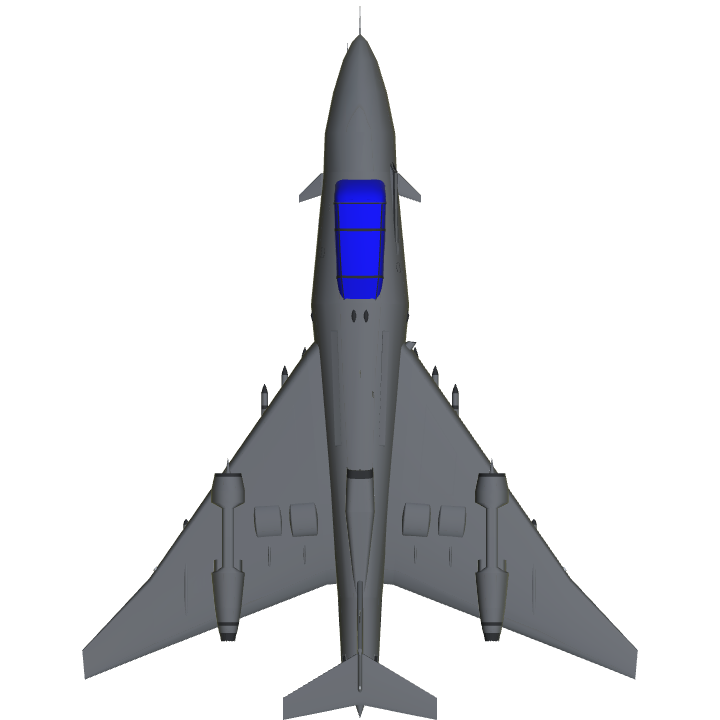 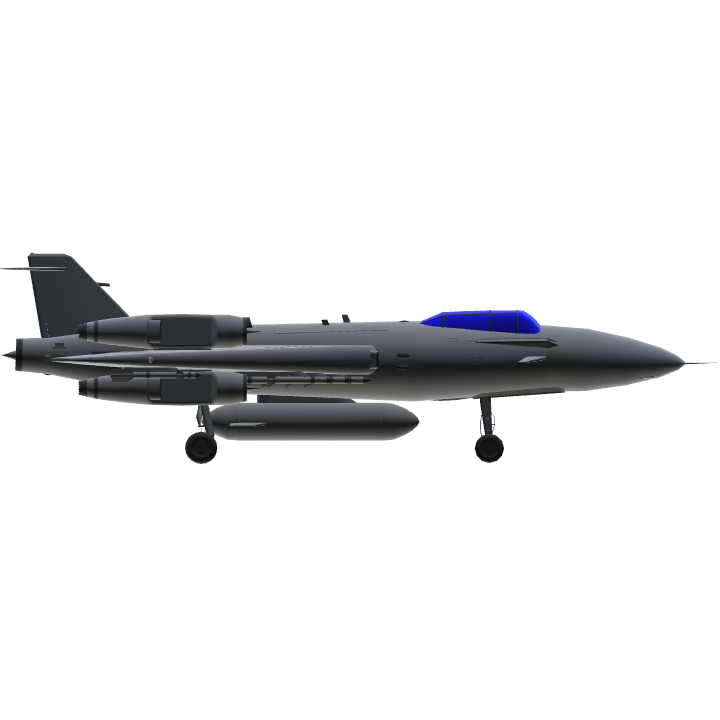 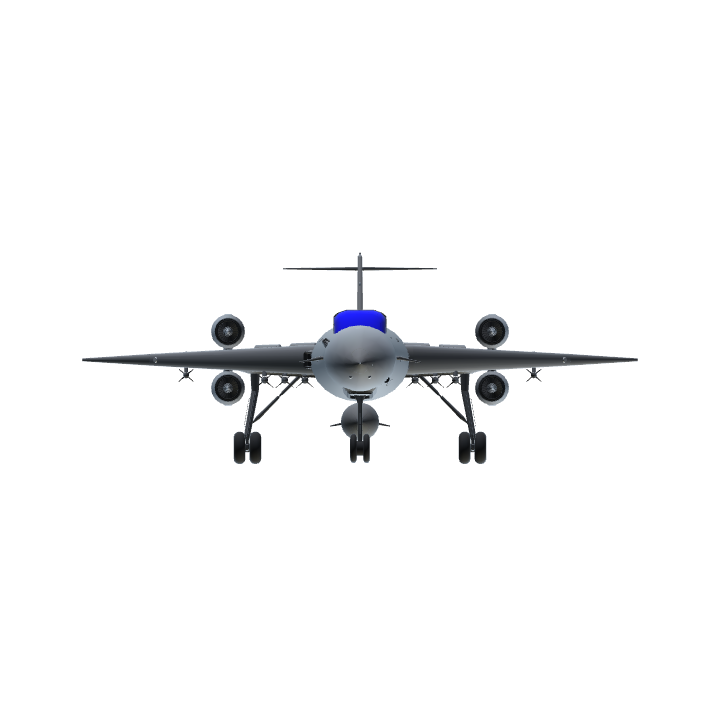