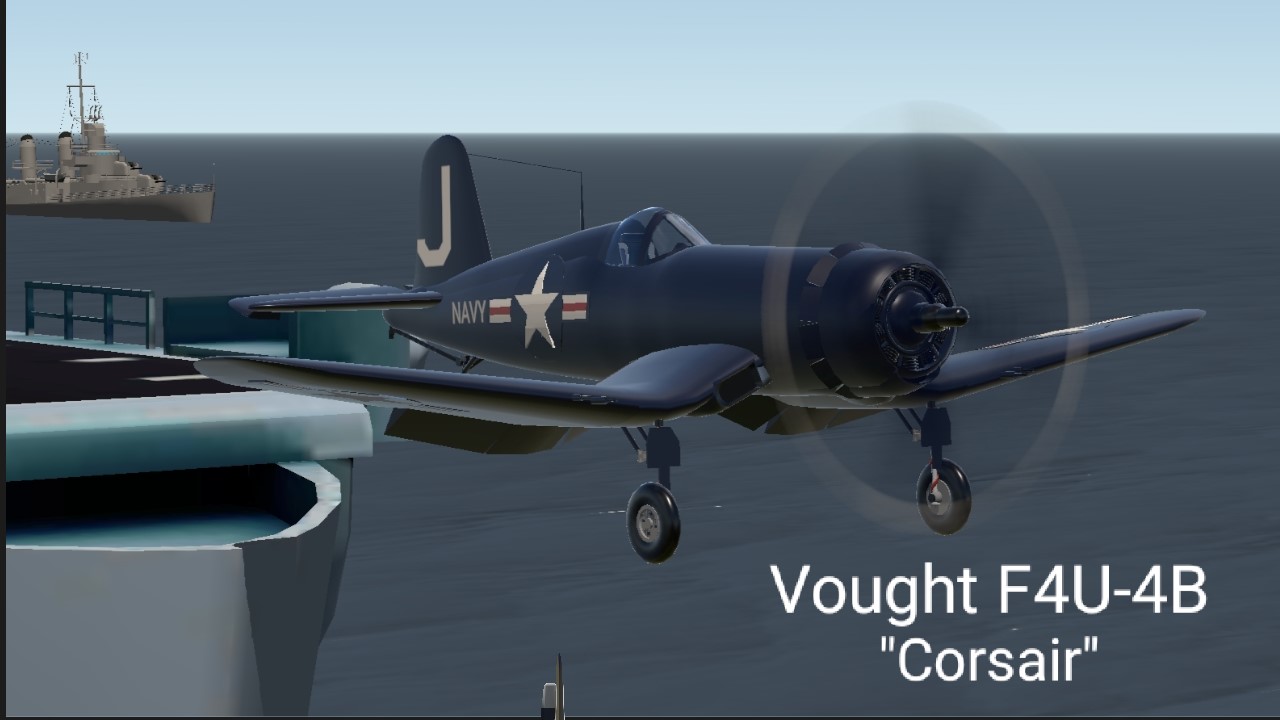 Fixed Catapult launch version on USS Beast by giving it a catapult connector.

The F4U-4 was the latest and last variant of the Corsair family to see action during WWII, it was fitted with a more powerful P&W R-2800 Double Wasp Radial engine, aswell as receiving a 4 Bladed Propeller rather than the 3 bladed one. It was also fitted with an Air-Intake under the nose and a Flat bulletproof glass rather than a Curved one, it came at a cost of reduced range by removing the unarmored wing fuel tanks however.

In gonna confess, i kinda messed it up, the plane was supposed to be 12.5m wide and 10.2m long, but by the time i realized it was a bit too big, i was already done with its wing construction. And so the size of this thing is 0.8m longer, and 0.7m wider than what it should be.

Credits to ReinMcDeer's F4U-1D where i basicly got the landing gear from, and from ChiChiWerx for the USAF roundel. 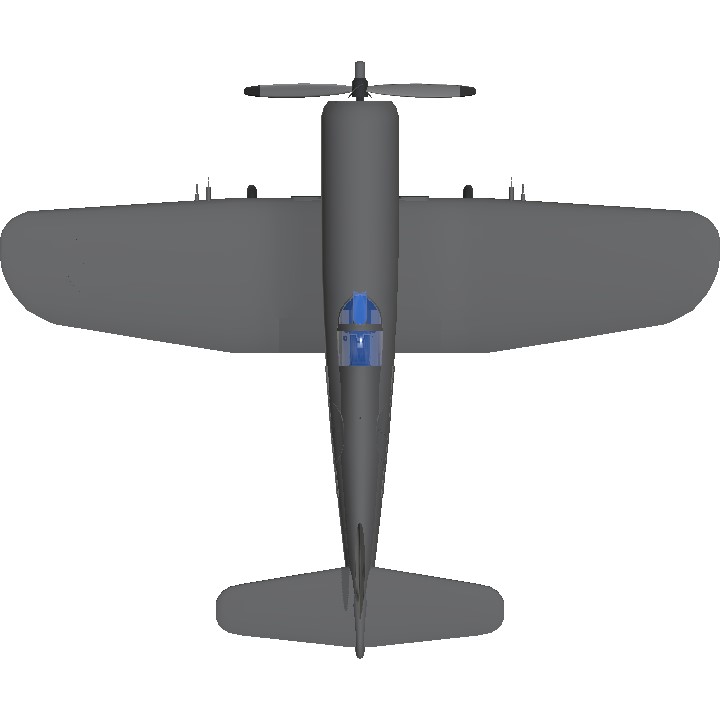 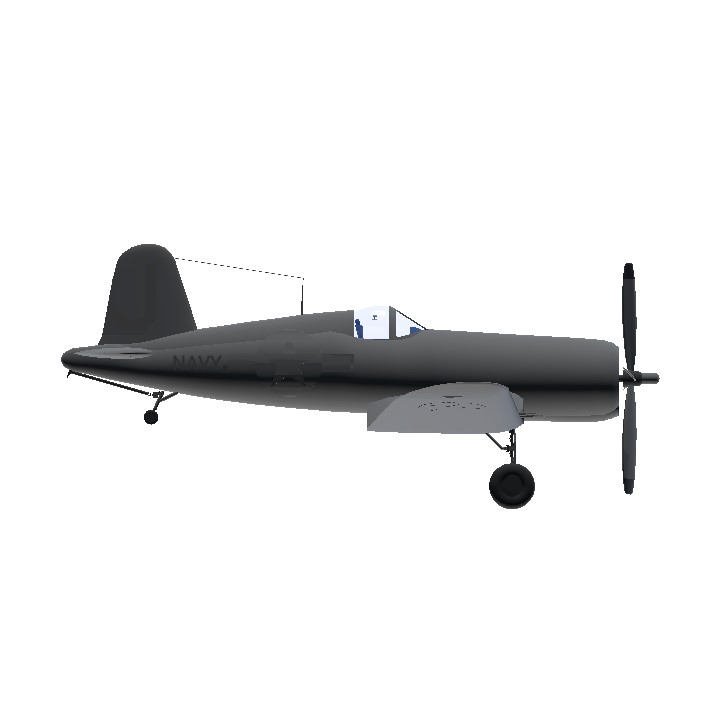 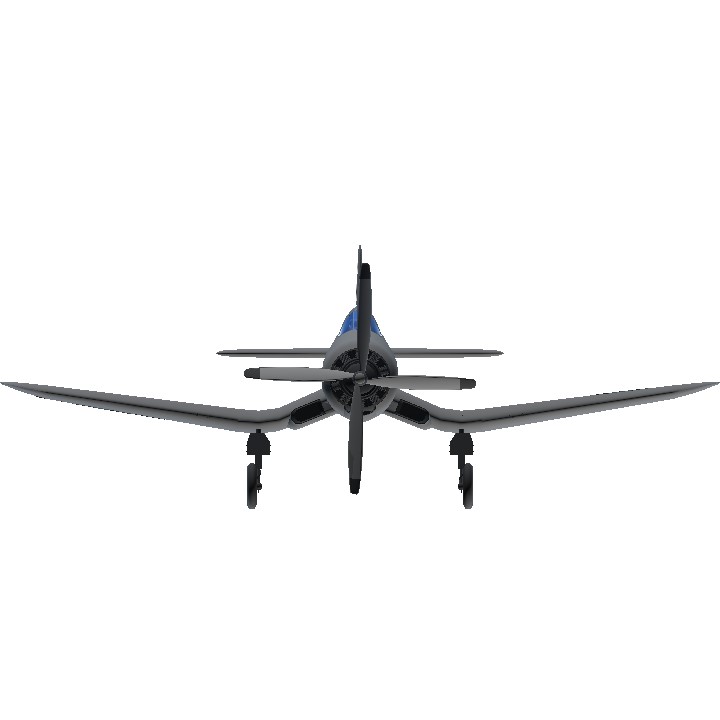