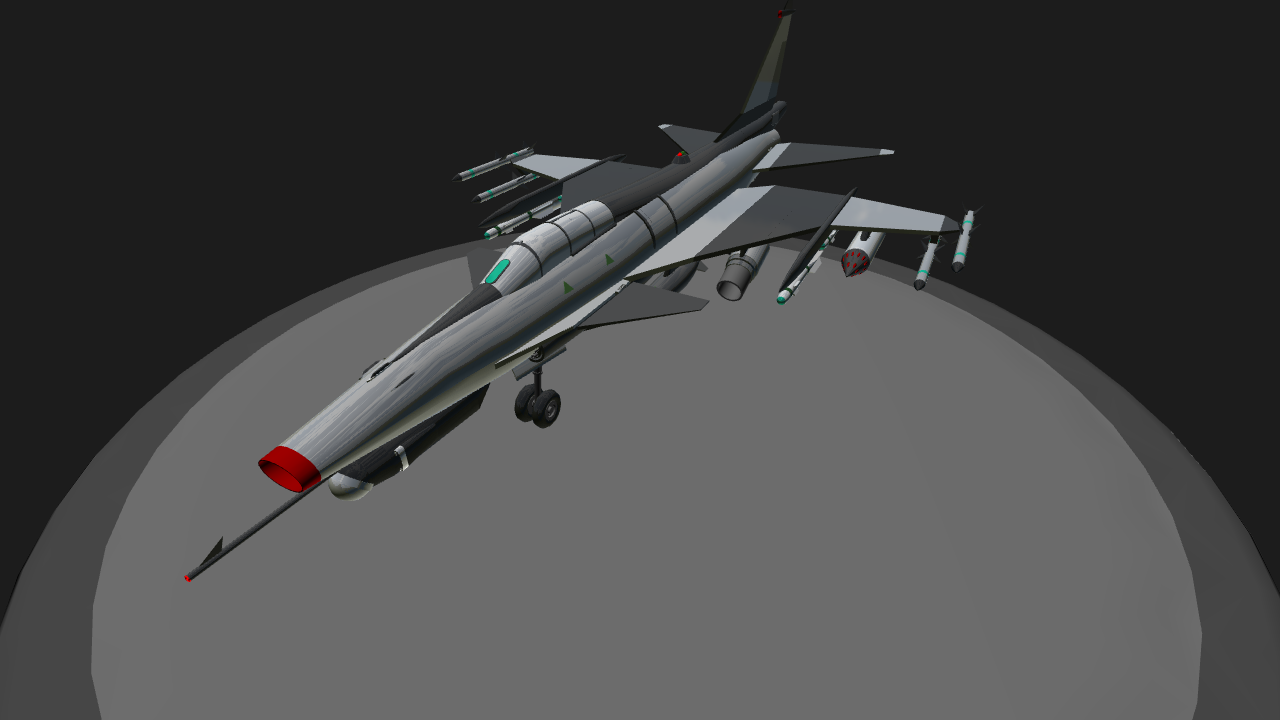 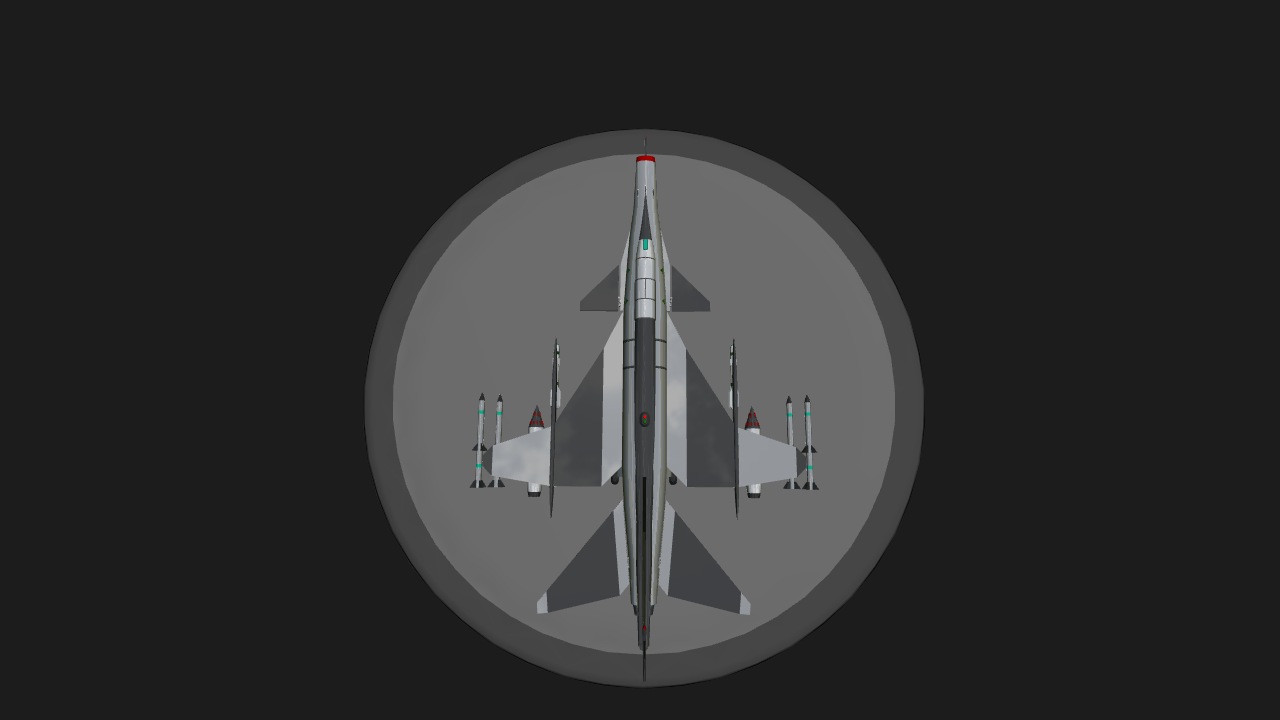 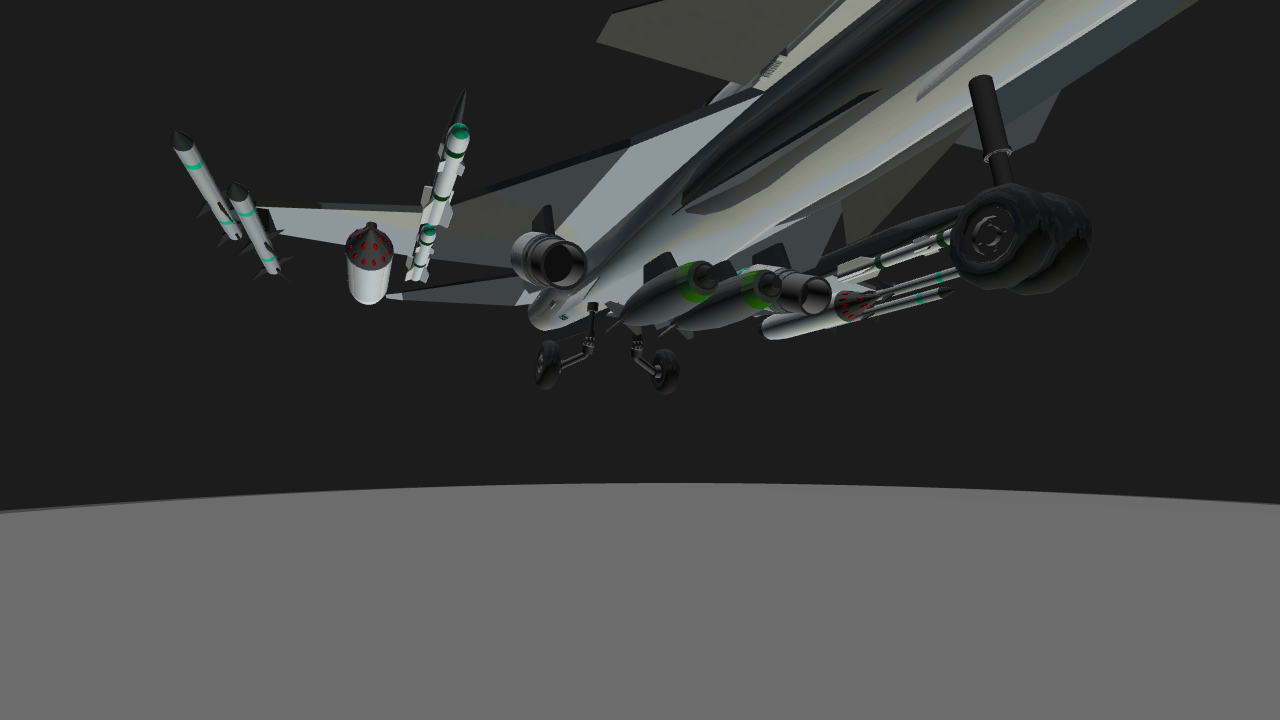 A Cold War Era(ish) multirole plane which i started with F-100D fuselage and added some 1980's tech. I added canards for better flying and short takeoff-landing capability. It has four fictional (and crazy) air-to-air missiles, two 68mm SNEB rocket pods, four Hellfire and two ''Aerial Mortars''. Aerial Mortars (fictional) are big mortar shells strapped in a box. You can attack convoys or attack structures with it. 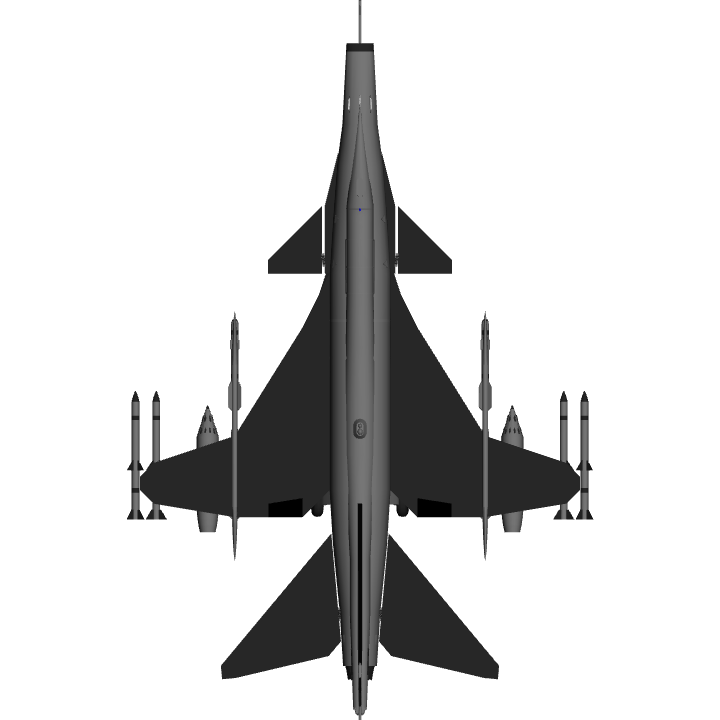 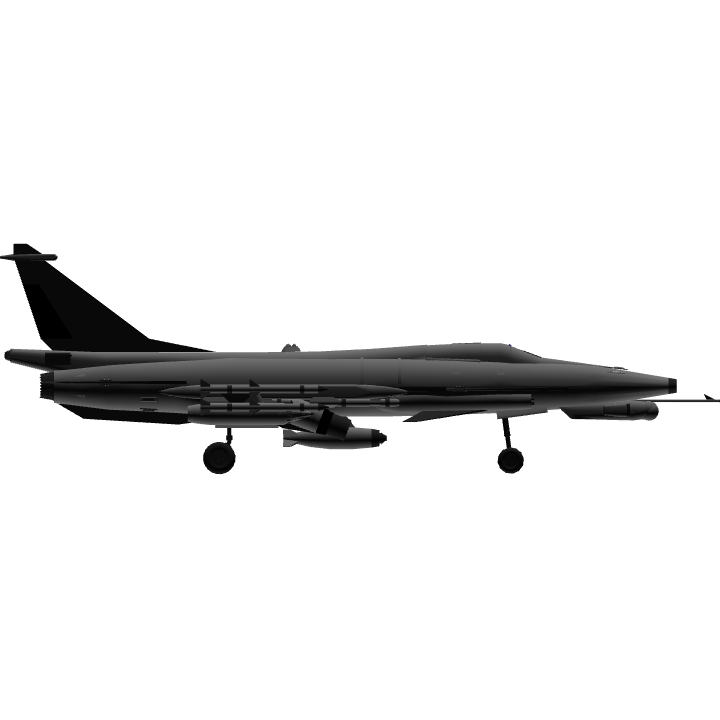 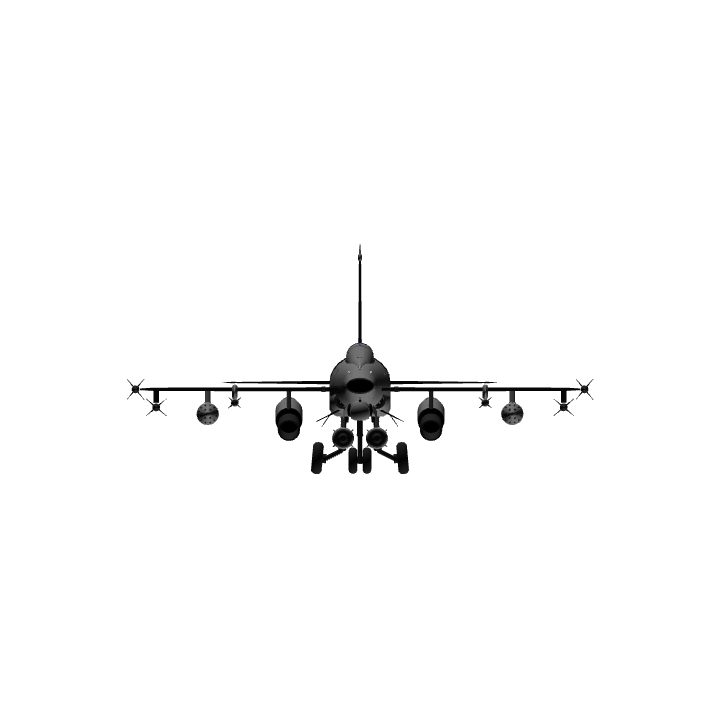