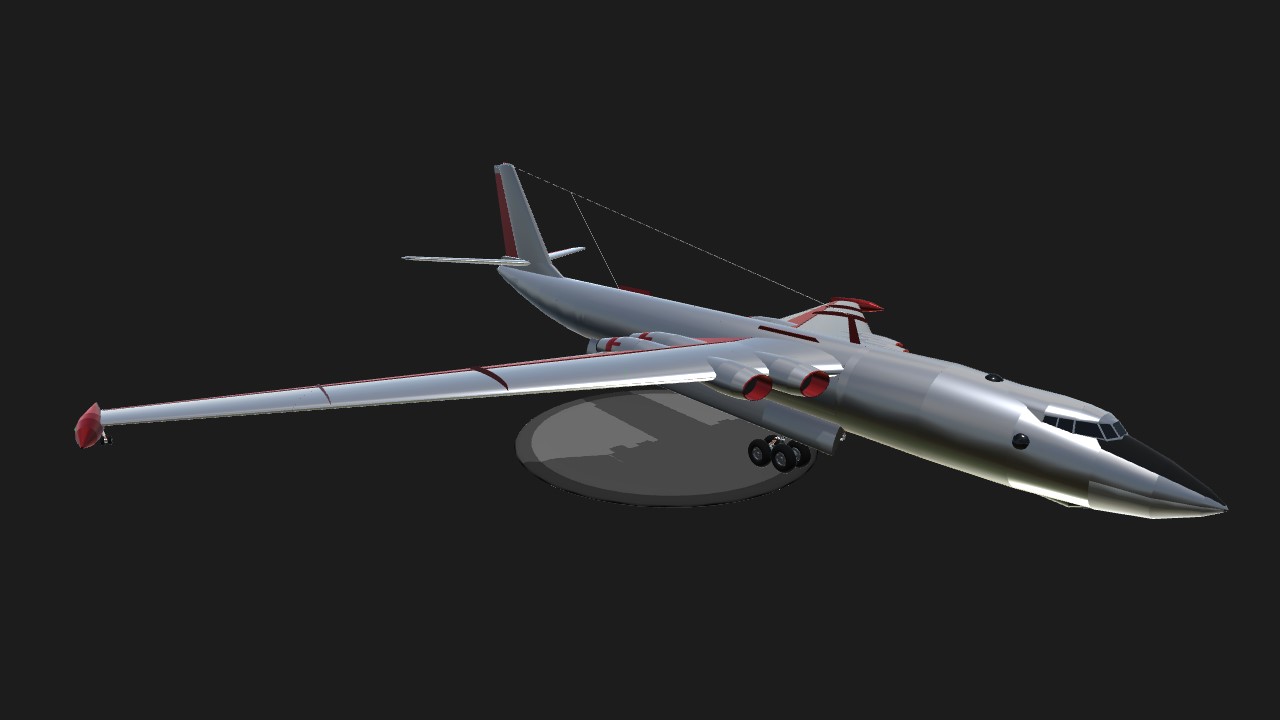 This is a replica of a first soviet strategic bomber. It was a pretty technologically advanced jet plane, very similar in design to B-47 and B-52 apart from engine placement and use of spoilerons for roll control on b-52. In fact, it has the highest aerodynamic quality of 19,5 compared Tu-95 and B-52, which is an extremely high number even today (basically making it a 200 tonn glider, meaning that it was able to glide 19,5 km with only loosing 1000m of altitude, unfortunately most planes ingame cant do this due to some problems with drag calculations). Unlucky for the plane, fuel consumption of its jet engines was severely underestimated, and unlike Tu-95, it was not able to reach many parts of US territory without aerial refueling. That was a problem for early B-52 as well, but with bases in Europe and underwing engines that later were swapped to less thirsty turbofans, that was not much of a deal. It was not so easy however to swap 3M's wing root jet engines for greater diameter turbofans (although it was researched and proved uneconomical with Tu-95 already in prodcution) and all of them were soon off the frontline duty and used as aerial tankers for tu-95 (not a problem with 35 tonn greater fuel capacity and a 10 tonn fuel pod in a bomb bay))), with refueling equipment placed in the bomb bay. Most went out of service in early 80s, 3 planes were modified with twin fin tail to carry russian space shuttle parts externally above fuselage before an-225 was ready.
Here is a wiki info as the plane is not so well known and a cool video:

The model is mostly complete, but i'm working on better cockpit, aim-able turrets and some cosmetics. And the paint scheme is quite cute, but 100% fictional now

The plane is very "simulatorish", its not easy to fly, heavy (1:1 scale replica and almost as heavy as it should be, the real one is exactly the same size as B-52 and noticeably bigger than Tu-95. But when i made it full weight (180-207 tonn depending on a modification, it glithed the landing gear and tended to stall when you pitch up below 190 mph)))). So be warned))) its for those who like some realism and pain) It was a pain to make a realistic flexible wing and be able to control it with ailerons without aileron reversal effect) Flaps on flexible wing made a lot of problems too)
found out it tends to explode if you roll more than 60deg. and make a sharp turn...

A lot more pleasant to fly with joystick.

Stabilizer (pitch adjustment) is adjustable with trim slider. I reversed it for convenience: Up=pitch Up, Down = pitch Down

Take off procedure - Trim 60% up, flaps 1/2 down, full thrust, don't pitch up, the plane will take off automatically at 200 mph (same procedure was used in real life)

Landing procedure - full flaps, trim 1/2 up (and adjust when needed), 60% thrust when with full flaps deployed on approach, use approach chute (AG3) if needed. Near the runway drop trust to 35-40%, drop approach chute, touch down gently, deploy brake chute (AG1). Be careful not to drop below 180 mph - the plane becomes really unstable on low speed and high pitch. Do not land from predefined positions Bandit final approach and Wright airport final approach - approach is too steep there and it is very difficult due to plane inertia.

Not for mobile definitely, 700+ parts, many of which are gizmos and wings))) Not for MP mod also, other players hated me when i tried once, it makes the whole server lag) 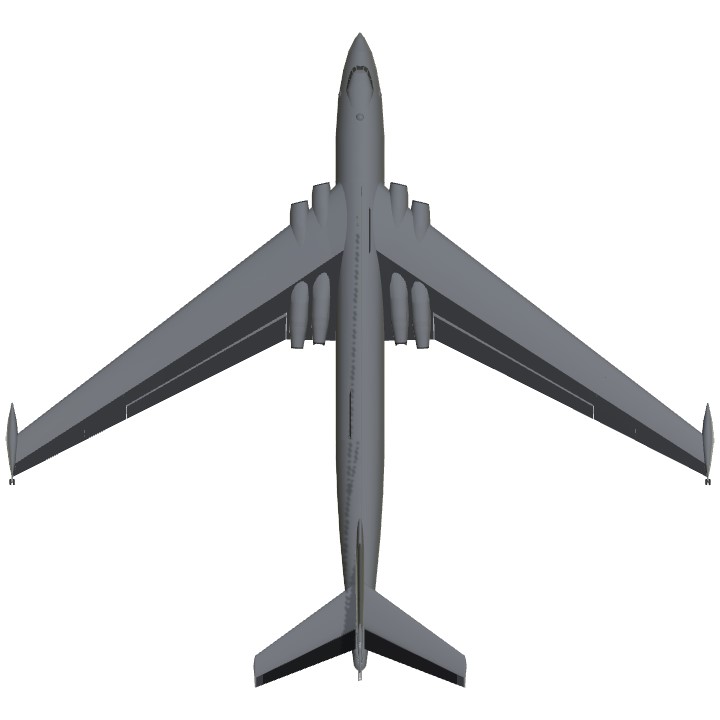 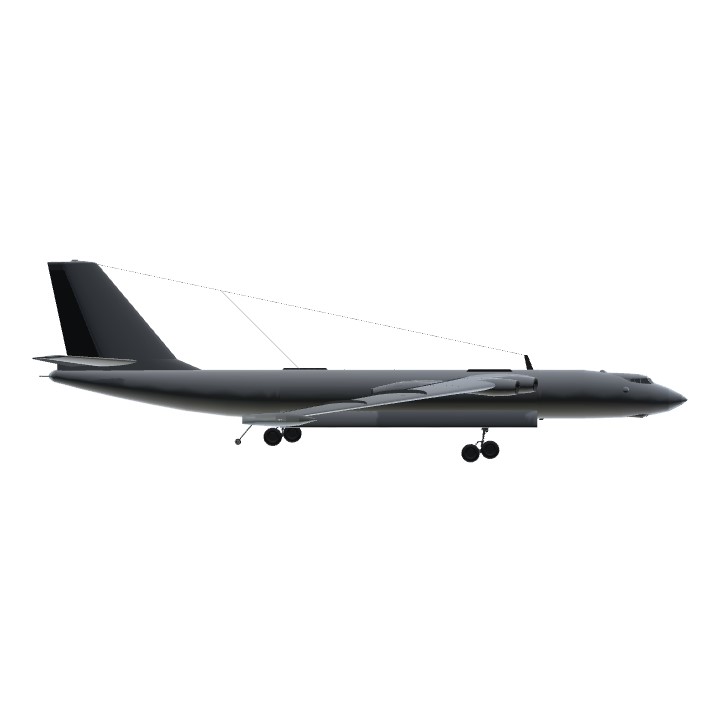