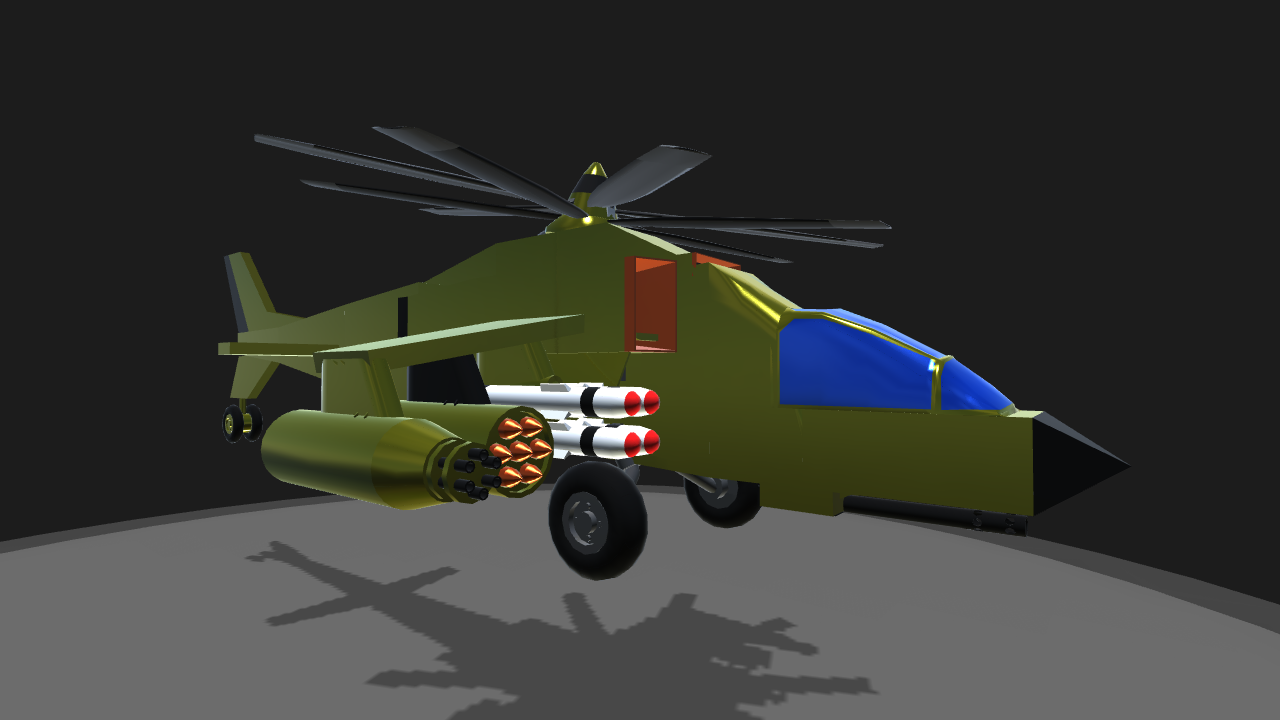 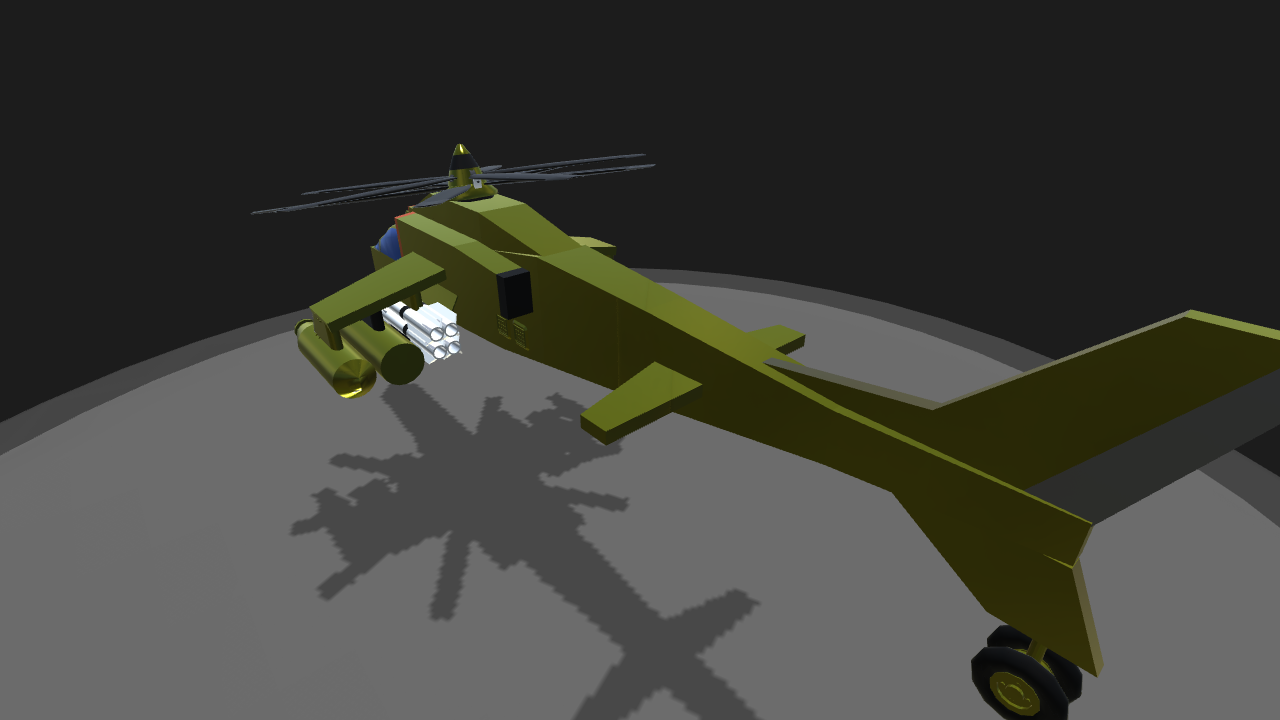 Project 89, know as WaterMill invloved a joint Northrop/Kamanov helicopter gunship. The Russia/US company collaboration was unheard of, the project never got off the drawing board as Northrop was blackmailed to stay away from the Russian company. Project 89 was meant to replace the older Sikorsky Cobra. Project 89 would have been called Sea Shark/Aeshrak had it entered service it was built around two turboshafts and a low slung cockpit which housed the single pilot in a bathtub of armour similar to the A-10A and SU-25. It has 6 hardpoints for rocket pods, Hellfire missiles, assorted AtG and AtA missiles, gun pods and external fuel tanks, it also had a 290° turret with a single 25mm cannon. It pionerred in having controtating props and a single pilot. The Russian designer carried over some aspects into the Ka-52. Instructions: 65-75% power for hovering and foward flight uses 75-95% power. Enjoy this simple chopper. Desc is fake 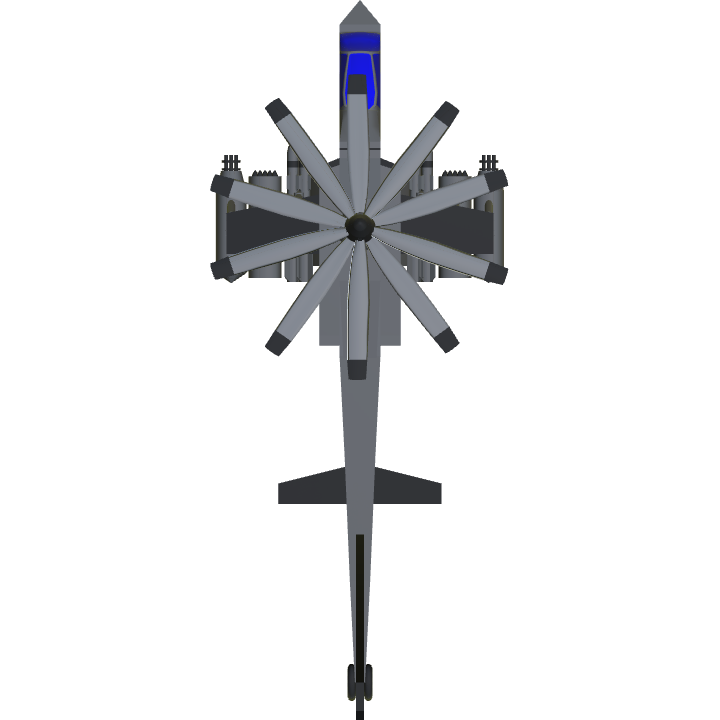 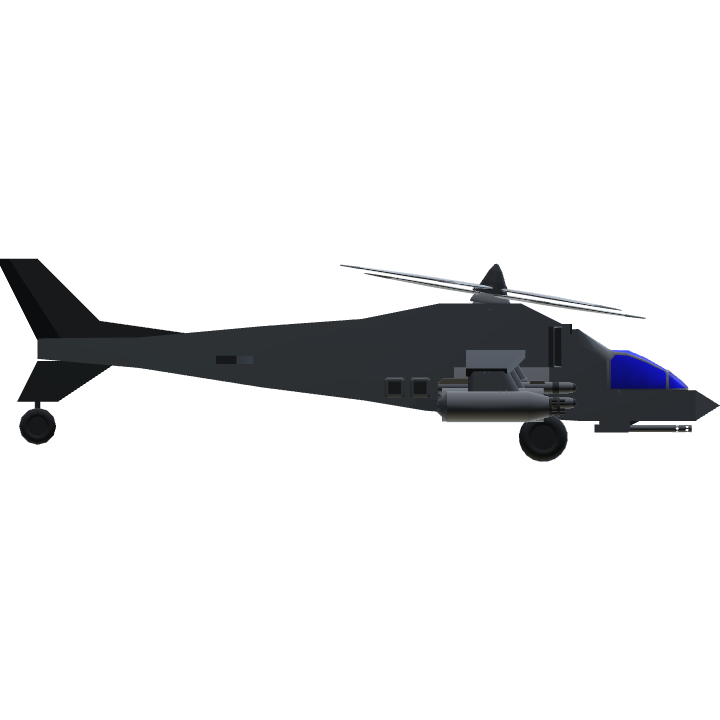 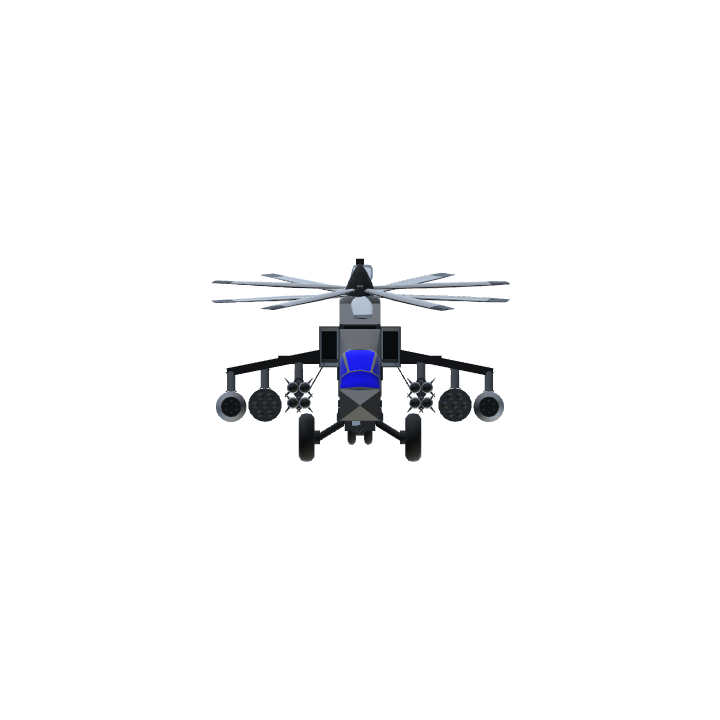