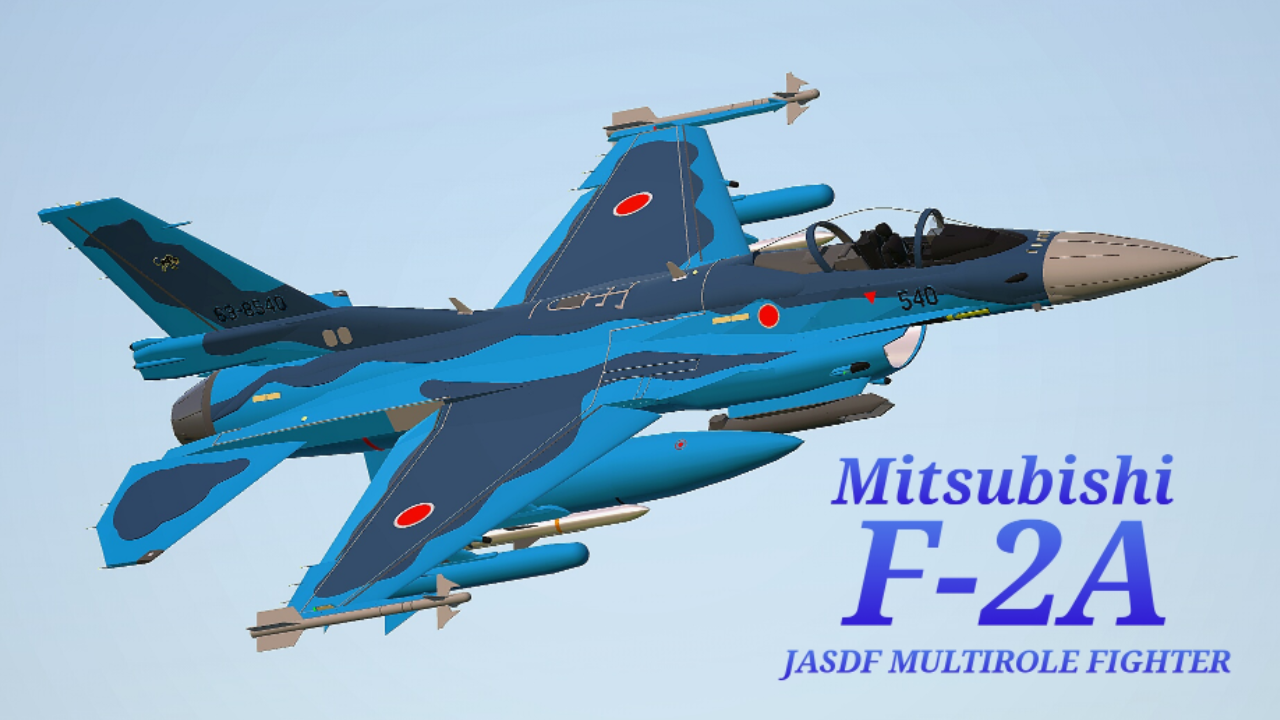 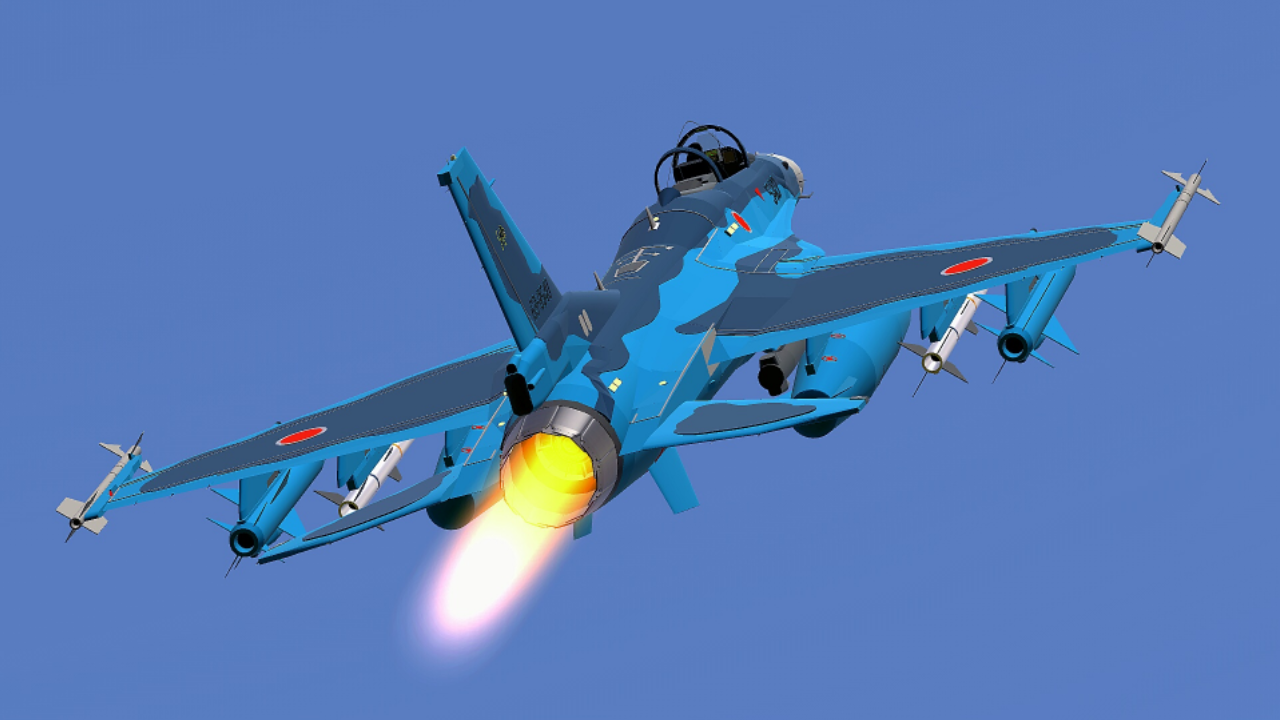 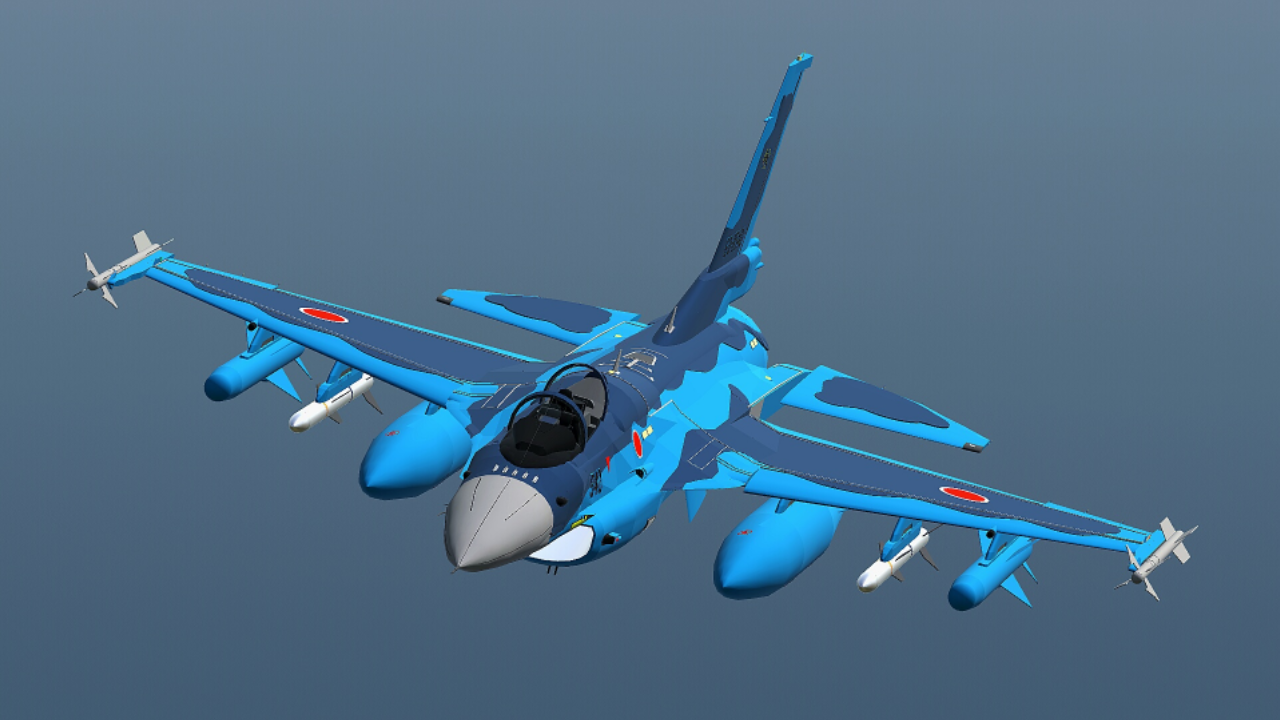 Mitsubishi F-2 is the newest-generation multirole fighter of the Japanese Air Self-Defense Forces.
To counter the threat of enemy fighters or bombers, the JASDF employs the F-15J Eagle, while the F-1 support fighter has been employed to counter sea-based and land-based threats (surface vessels and tanks) since 1975.
However, the F-1 is aging, and retirement of the type has commenced.
To replace the F-1, joint U.S.-Japan development of a successor based on the General Dynamic F-16 Falcon was carried out.
Originally called the FS-X, the resulting aircraft looks much like the F-16 Falcon, but the internal systems are almost completely different, employing the latest state-of-the-art technologies.

The fuselage and wings are slightly larger than the F-16, as is the radome while encloses an entirely new, active phased-array radar system.
The canopy has been divided into three sections to protect against bird strikes or other trouble during low-altitude missions.
The airframe and many surfaces are constructed with rugged-yet-light carbon composites which lower overall weight as well.
Cockpit systems are upgraded as well, with multi-function displays employing color liquid-crystal technology rather than the usual CRTs.
Power is provided by a General Electric F110-GE-129 delivering thrust near the 30,000 lb. range.
The aircraft boasts 11 hard points capable of handling air-to-air and anti-shipping (ASM-2, etc.) missiles as well as bombs of all types and external fuel tanks.
F-2 will play a central role in defending Japan along with the F-15J well into the 21st century.

-AG1+AG6 : Jettison Tanks and Missiles
-AG1+AG7 : Arresting Hook down (If it is activated during flight, it cannot be retracted until after Landing and Stopping)

How to control
1. Start the engine by AG8 and close the canopy by AG1.
2. The main engine will start up in 30 seconds, then you can fly.

CAUTION Always start on the runway, not in the air!

In this system, the WayPoint (Latitude and Longitude) can be set by Pitch and Roll operations during AG3 operation.
And, the respective position information is displayed by selecting the AA/AG target.
In addition, three locations have been preset by VTOL.
[VTOL=-0.4~-0.65:Avalanche Airport(RW09), VTOL=-0.7~-0.85:Yeager Airport(RW01L), VTOL=-0.9~-1:Wright Airport(RW36)] 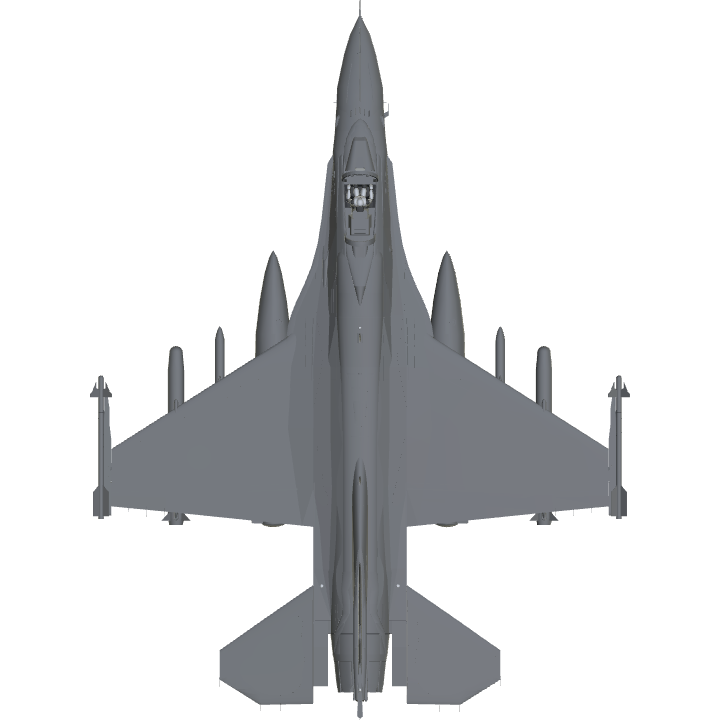 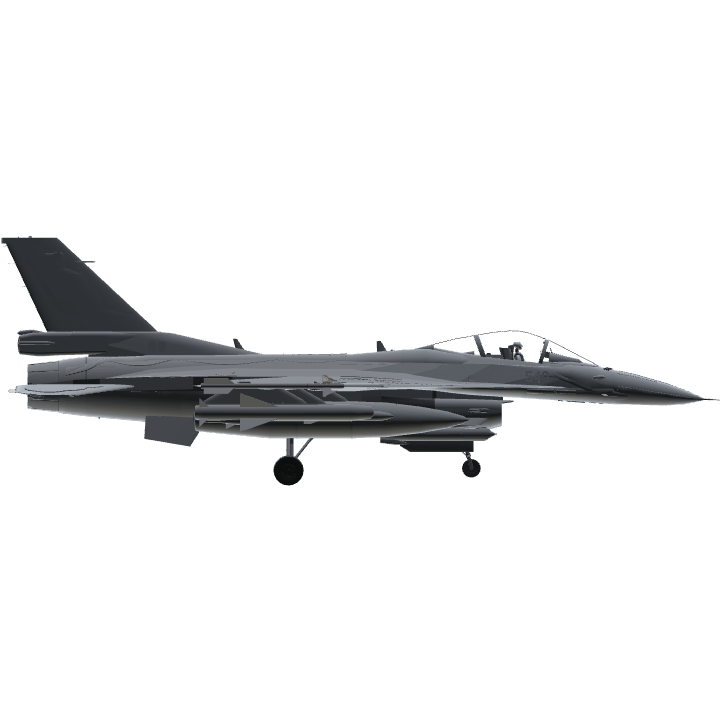 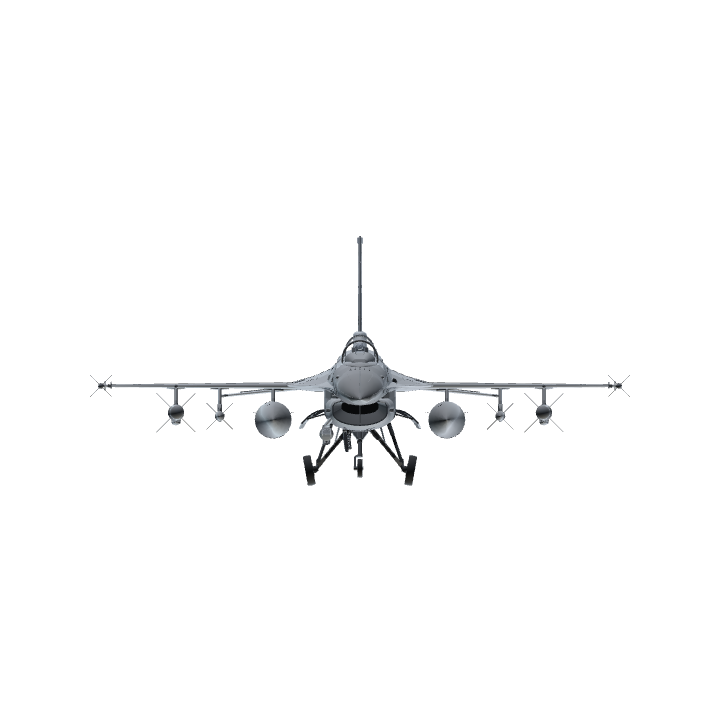