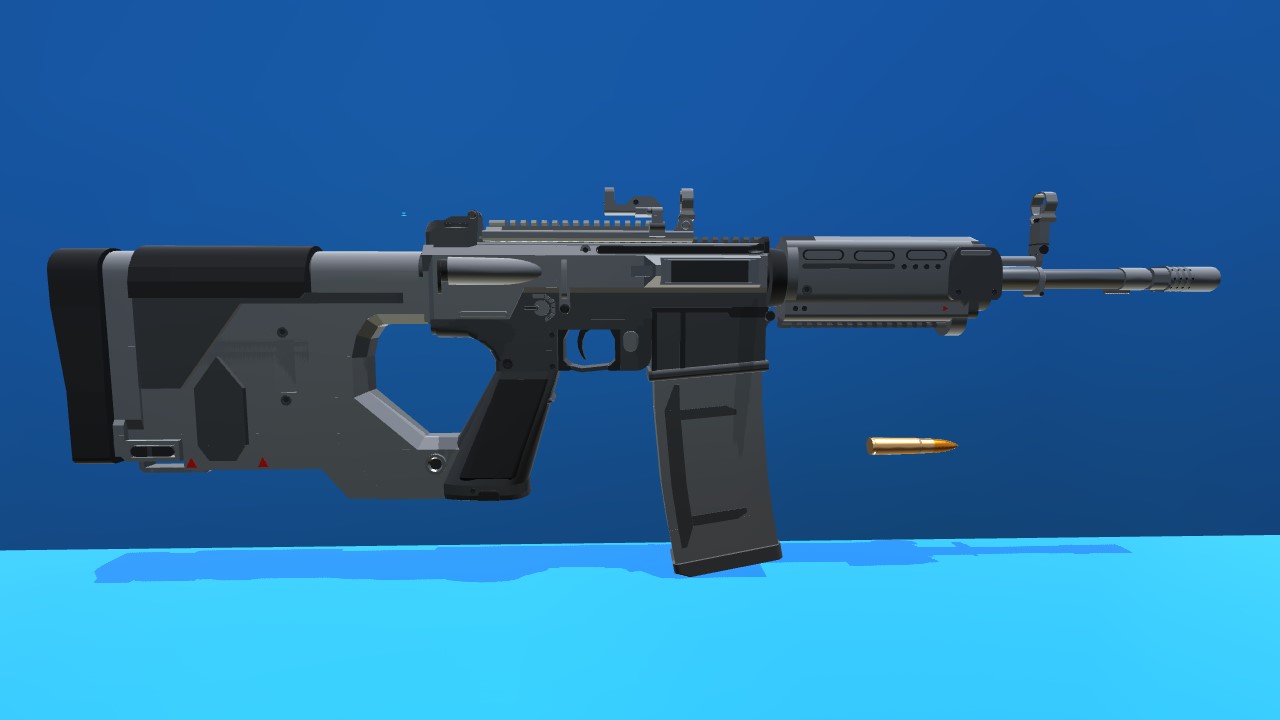 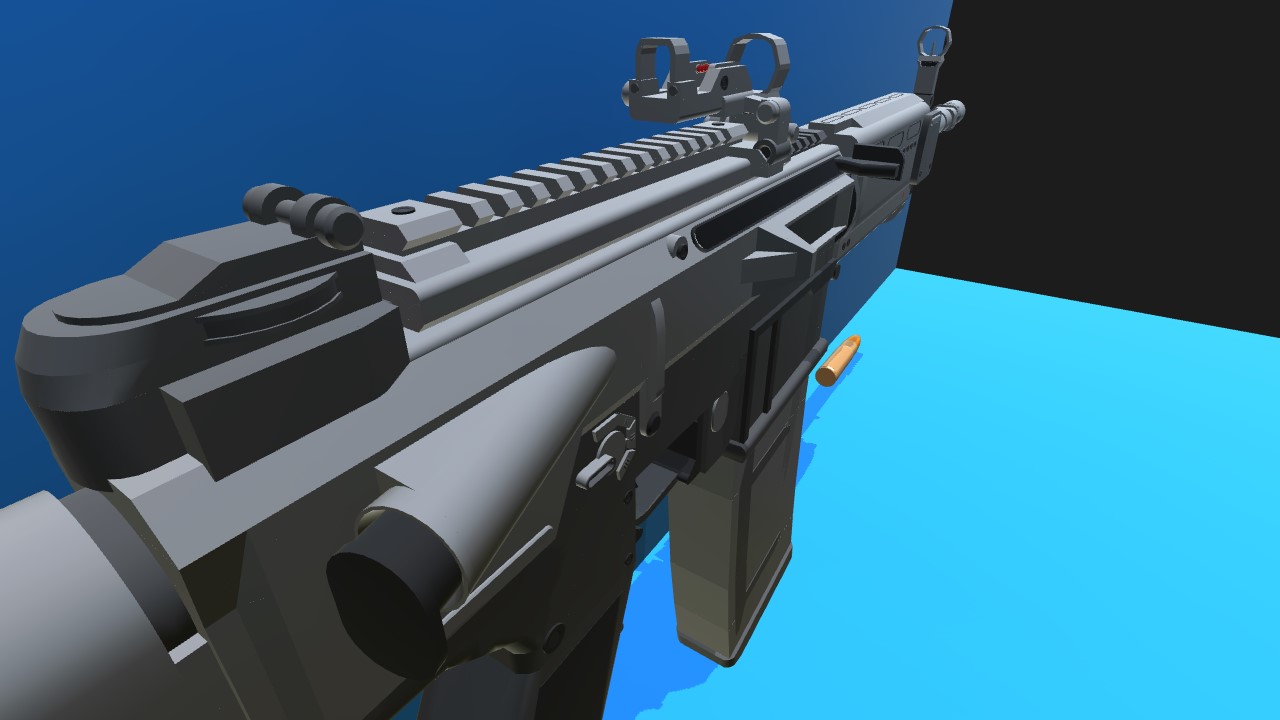 Hey guys! Supercraft888 again, and I am proud to present the M1aB Assault rifle, built in collaboration with the absolutely awesome YuukaNeko, go check out YuukaNeko's profile for more great firearm builds, they are without a doubt some of the best firearm builds on the site. I really am happy with the way this build turned out, comment down below on what you think of it!

---Description---
"The M1 series is almost perfect for any role we need, it packs a punch, slings said punches fast, and just holding it makes you feel freaking unstoppable."
-Anonymous USFAF serviceman

The M1aB assault rifle is the standard issue assault rifle of the United Space Federation, and all its military branches. It is the predecessor to the M2V Assault rifle, and all M1a variants are derived from this gun. It was initially created to supplement and replace the aging FV-5 series of assault rifles used during the Alliance-Vasitorve Unity War nearly fifty years ago while still using a larger caliber ammo

The design of the new firearm was made in response to the lessons learnt from the Alliance-Vaitorve Unity war, the gun needed to fire a larger caliber round in order to penetrate or at least cause internal damage to hard armored targets like the Vasitorve and Kiro'glar species whose natural body was relatively resilient to the smaller caliber firearms. However, it still needed to cause significant damage to soft bodied targets without over penetrating them, such as the almost gelatinous Boulacom or fleshy Yun'torm species. While the FV-5 served this role very well, it was cumbersome, but also too light, and was nearly uncontrollable due to it firing 9.8x65mm NATO at 1100rpm. In addition, it would get easily knocked out of soldiers hands in close quarters combat against aggressive alien combatants due to its horrible balancing.

The M1aB solved these issues very well despite the fact that the enemy wasn't going to be alien anytime soon. While still retaining a larger cartridge, it was actually controllable despite being rather light weight. In addition, the thumbhole stock allowed soldiers to keep a tight grip on the weapon when engaged in closer quarters combat, something desperately needed when facing against unexpected wildlife on outer colony planets or Epochxian Blademaseters. In addition, it was very modular, and could be changed very easily by soldiers in a matter of moments to suit the mission, this made training for the weapon easy. Some unique feature of the gun included a built-in computer inside the buttstock that gave various "housekeeping" information to the user's holo-visor. Furthermore the buttstock has a removable plate that could be engraved by the soldier so that it acted almost like a second dogtag.

Despite its seemingly the delecate electronics inside the buttstock it was actually quite durable, and hardy. It was often joked that the rilfes buttstock was a more viable melee weapon that the standard issue baynet. It was complimented by many other USF weapons in that it could be the users primary weapon to kill or a fallback weapon when times called for a more versatile rounded approach. In addition, it was not uncommon to find soldiers attaching personal attachments to this weapon scavenged from the battlefield. In addition, on civillian markets the M1aB (known as the Y-1b) was a very popular success.

The version shown here is equipped with a riser multi mount and a Y-Tech Holo-Micro Reflex Sight with a 2x zoom.

---Remarks---
"yeah, sure its a bit ugly and unwieldy looking, especially with the comically oversized buttstock, but heck, this thing is a weapon, a weapon to be reckoned with, and the weapon I bet my life on."
-USF Sargent first class Chance Dawson

"Yeah, its definitely a better weapon than our RN-45, whenever I see an M1a I grab it instantly, and ditch my RN-45, I don't care about the vocal lashing that I WILL get from my superiors, its survival."
-GRA private first class Oscar Uanee

"Its inferior to our AXR-100 in most aspects, but its still an impressive weapon, definitely a good weapon to be reckoned with, and the soldier who carries it"
-Epochxian Gunslinger tier 6 Jurn'am Kolide 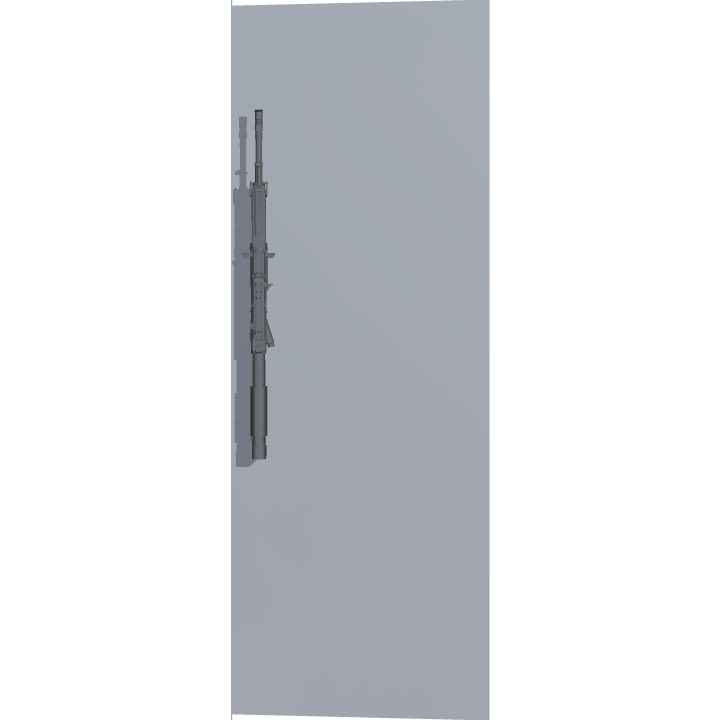 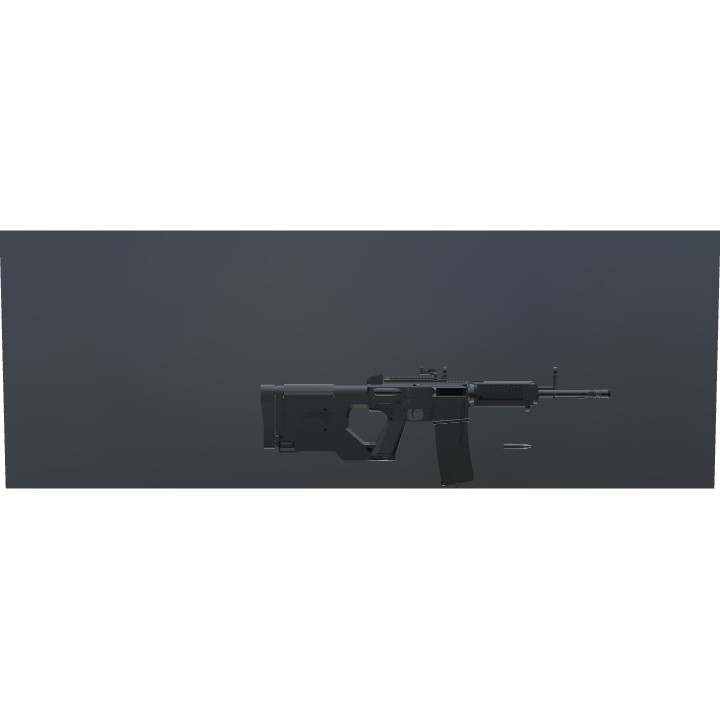 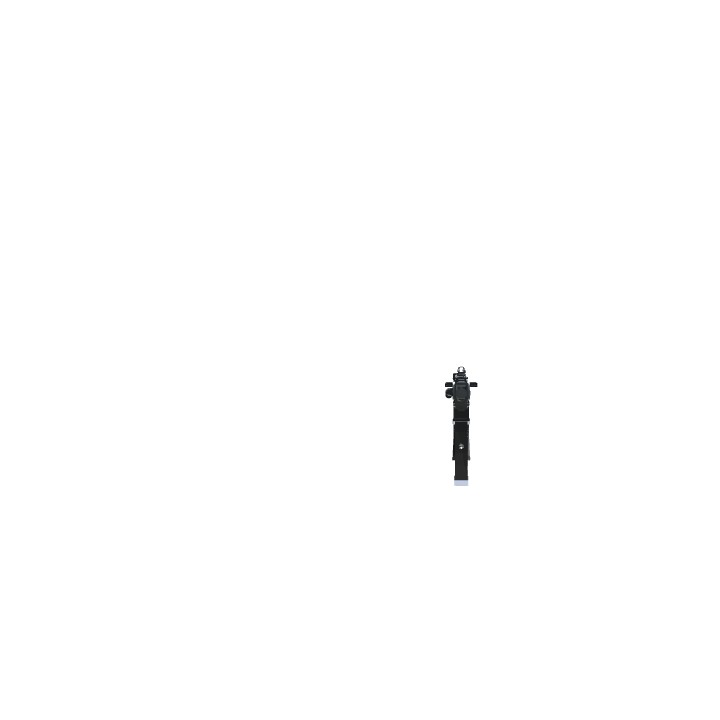