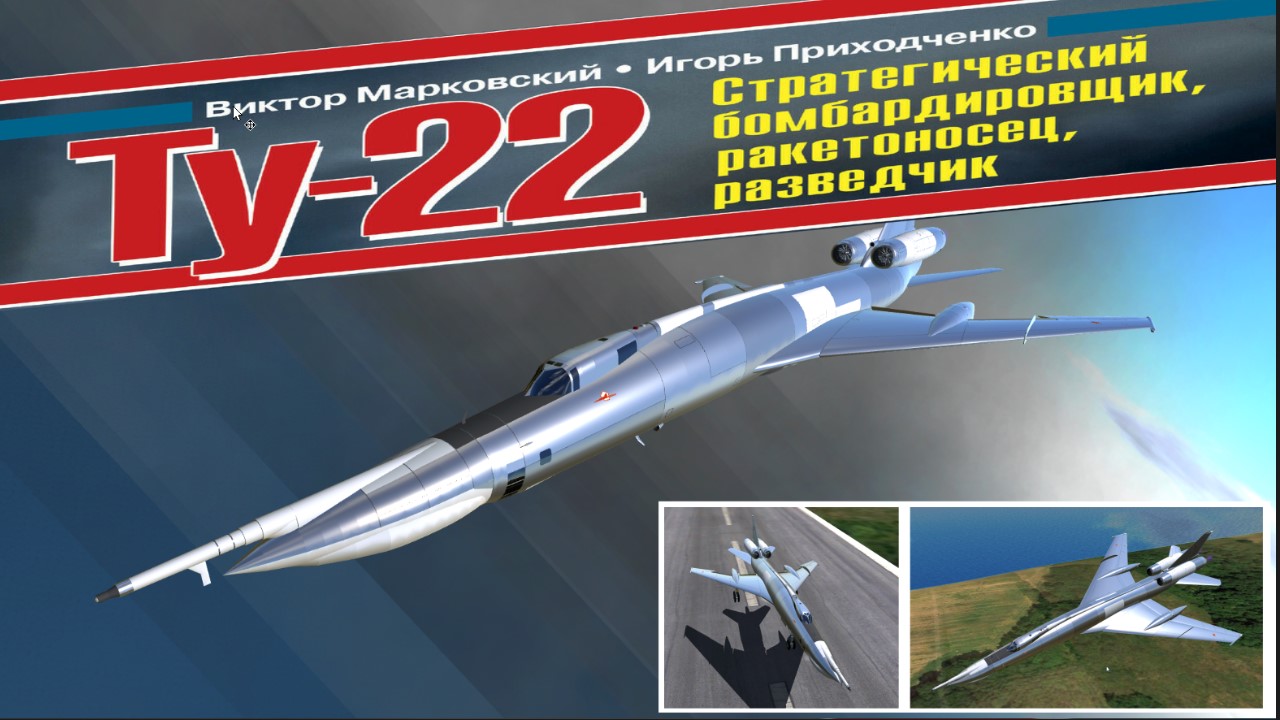 The Tupolev Tu-22 (NATO reporting name: Blinder) was the first supersonic bomber to enter production in the Soviet Union and the world's first aircraft of its class. Manufactured by Tupolev, the Tu-22 entered service with the Soviet military in the 1960s. The last examples were retired during the early 2000s.

The Tu-22 was a big, sleek aircraft, built mostly of aircraft aluminum alloys, with a dartlike fuselage, with all swept flight surfaces, twin Dobrynin VD-7M afterburning turbojets with one on each side of the tailfin, and tricycle landing gear. It was an attractive aircraft in a somewhat sinister way. Due to its pointed configuration, the Tu-22 was generally nicknamed "Shilo” (Awl) in service. There were three crew: a navigator in the nose, a pilot in the cockpit, and a gunner / radio operator behind the pilot. All three sat on K-22 downward-firing ejection seats, with a minimum safe ejection altitude of 250 meters (820 feet). The ejection seats could be lowered through hatches out the bottom of the fuselage -- and in fact, that's the only way the crew could get into and out of the aircraft.

The Tu-22 was modified to carry the dartlike Kh-22 missile semi-externally under the belly, with the new variant of the aircraft designated "Tu-22K". The Tu-22K was also fitted with a Rubin-1 / PN (NATO "Down Beat") radar for navigation and missile control, with the radar housed a distinctively bulged nose radome. The development program proved troublesome, with the project coming close to being canceled, and the Tu-22K wasn't introduced to service until 1967. A total of 76 Tu-22Ks was built. Some were supplied to the Red Navy for trials, but in service they all served with the VVS, the Red Navy operating Tu-16 missile carriers instead. The Tu-22Ks were later fitted with inflight refueling probes and RD-7M2 engines, to be redesignated "Tu-22KD" and with early production upgraded to the Tu-22KD spec. NATO gave the type the reporting name of "Blinder-B".

The Tu-22 had a bad reputation starting in the early 1960s when the first Tu-22Bs were rolled out. Air crews called the aircraft 'unflyable' and at a certain time crews refused to fly the aircraft. Design flaws in the aircraft made it difficult to fly and operate. The Tu-22K was pushed into service prematurely resulting in a high accident rate. The downward firing K-22 ejection seats could not be used during take off and landing, which were the most difficult and dangerous moments of flight. The high landing speed compared with the Tu-16 made transition onto the aircraft more difficult. The aircraft suffered from a tendency to pitch up. When landed flaws in the shock absorber caused the gear to collapse, when the Kh-22 missile was carried this could lead to fatal explosions. The pilot had difficulty seeing the runway when flying with cross winds. Crew attached strings and hooks to cockpit levers which were out of reach. Visibility from all stations was poor. Ground crews used specially built scaffolds to service the aircraft engines, but these were not always available. The ground crew had to wear special clothing to protect them from the toxic fumes of the Kh-22 missile fuel.

By the 1970s all flaws were worked out and experience with the type lowered the accidents. Nevertheless the Tu-22 was never popular and had the highest accident rates in the Soviet Air Force. 311 Tu-22 variants were produced, of which 70 were lost through 1975. Combat readiness was low resulting in a high loss-per-sortie number. 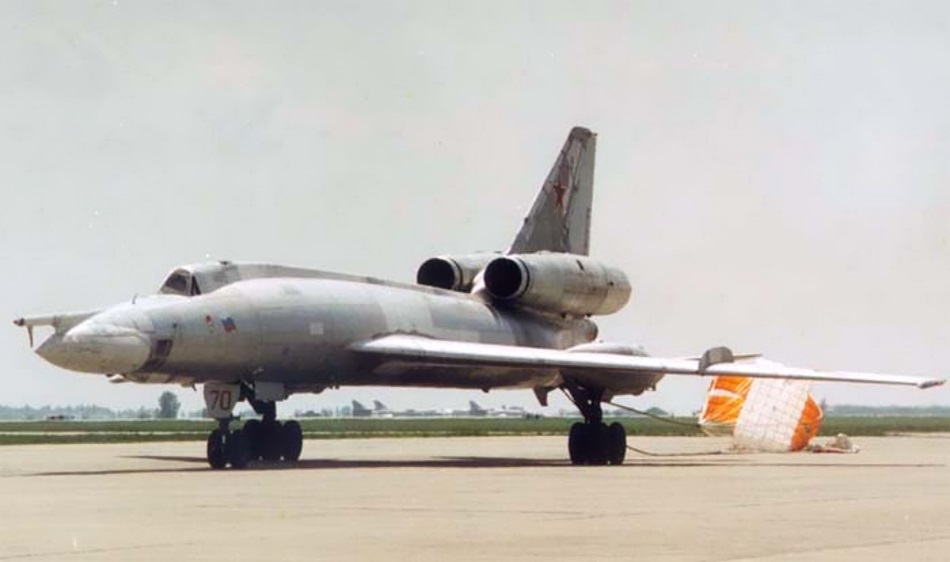 Sorry there’s not much fun to be had with this replica; this model had no other offensive weapons than its single Kh-22 missile, and no defensive weapons at all. Guess I’ll brew a “standard” version as well, one of these days… 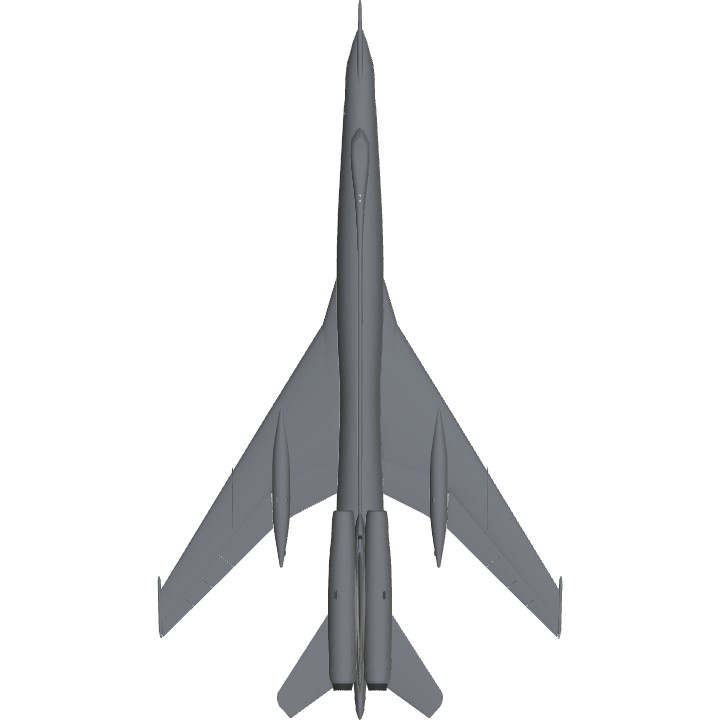 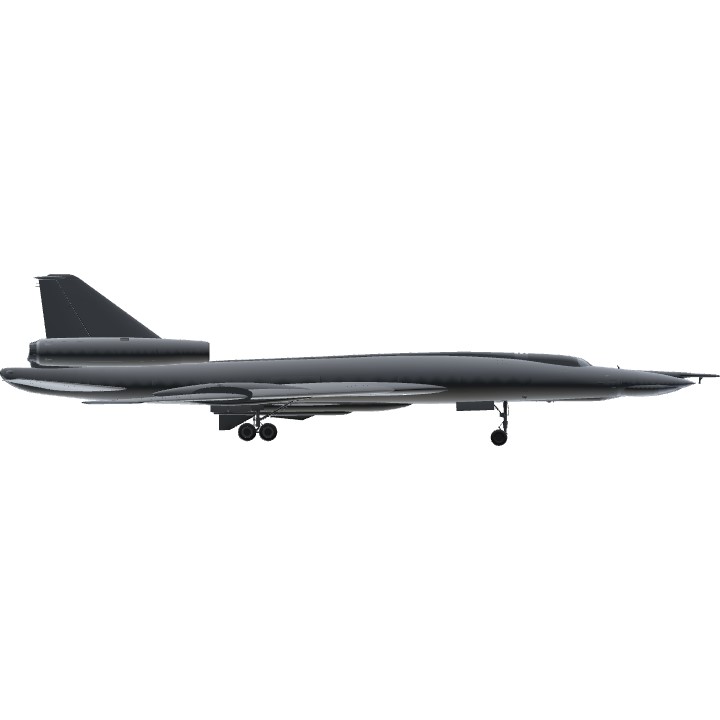 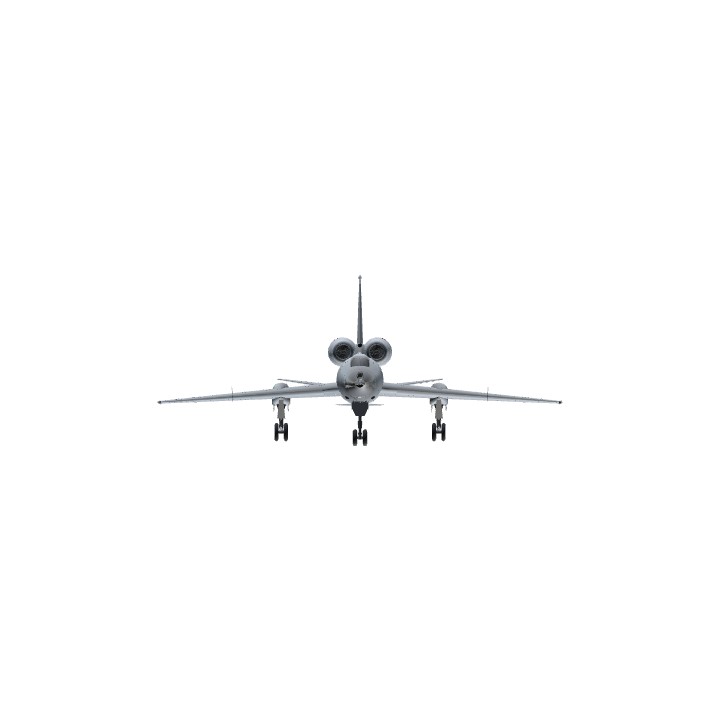