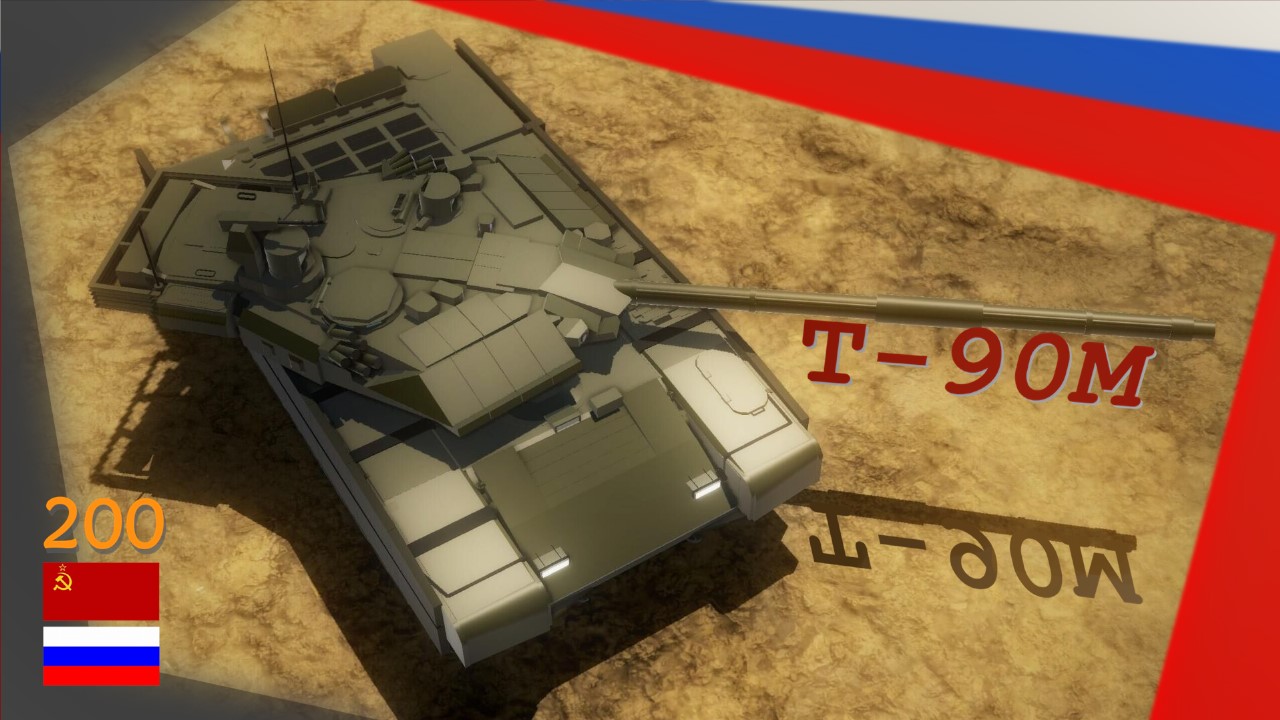 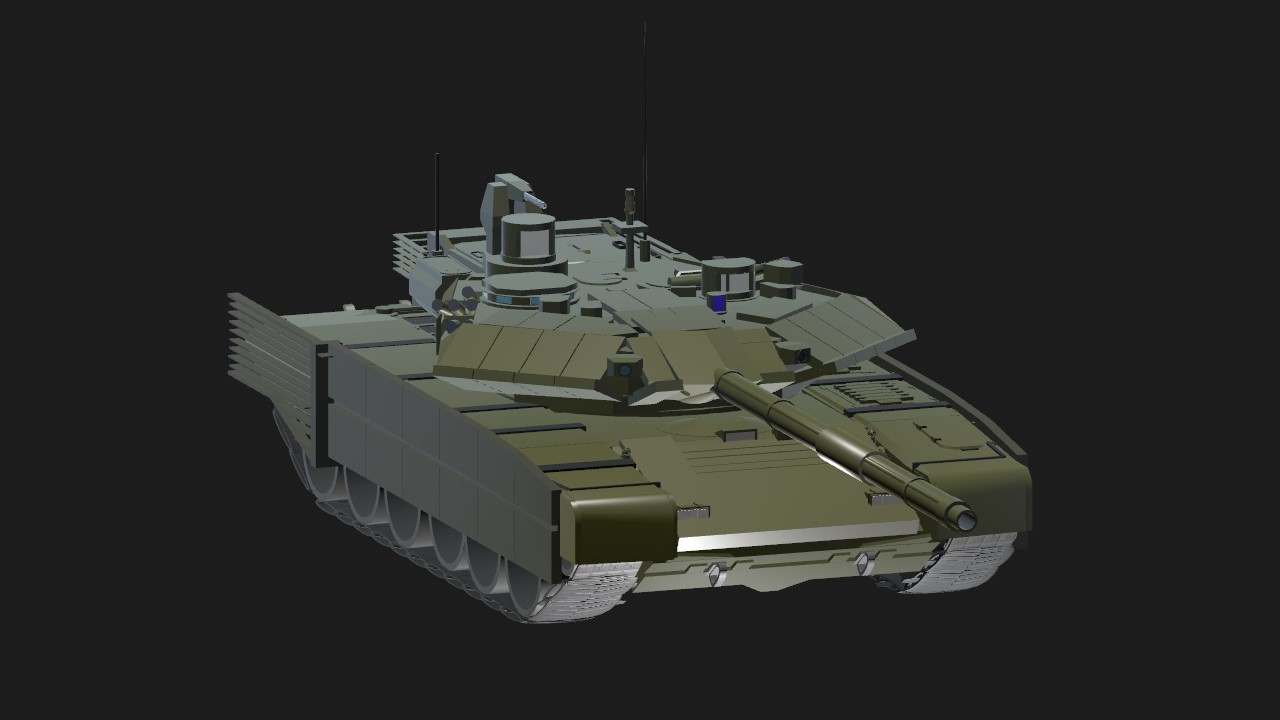 The T-90M is an improved version of the T-90 tank. Sometimes this tank is referred as "Proryv-3" (Breakthrough-3). It was first publicly revealed in 2017. It has a number of improvements over the original T-90. It follows the lines of the T-90MS tank, which was designed for export and uses some similar components. The T-90M was trialed by the Russian Army in 2017. During the same year a contract was signed to deliver a first batch of 10 newly-built T-90M tanks to the Russian Army and to upgrade another 20 T-90A tanks to a similar T-90AM standard. Deliveries of this first batch reportedly commenced in 2019. In 2021 it was announced that this tank is being delivered to the Russian army in quantity. In 2022 this tank was spotted in Ukraine during a Russian invasion. At least one Russian T-90M was destroyed in Ukraine.

The upgraded T-90M tank has improved armor protection. It uses Relikt built-in Explosive Reactive Armor (ERA) in place of the previous Kontakt-5. It provides protection against tandem warheads and significantly reduces penetration of APFSDS rounds. The T-90M is fitted with rubber side skirts with built-in armor plates. Some areas of the tank are covered by a cage armor and special net, that improves protection against certain types of anti-tank weapons. This tank is fitted with NBC protection and automatic fire suppression systems. Interior is lined with spall liner.

There is also a countermeasures system, which triggers smoke grenade dischargers once the tank is being illuminated by a laser beam. This system significantly reduces the chance of being hit by enemy anti-tank guided weapons with semi-automatic guidance.

Interestingly the first documented combat loss of the T-90M was reportedly shot down by a Swedish Carl Gustaf 84 mm anti-tank recoilless rifle. This is a good indication that even the latest Russian main battle tanks are vulnerable to modern anti-tank weapons.

The T-90M is armed with a new 2A46M-4 gun, which has longer range and is 15-20% more accurate than the standard gun of 2A46M gun of the T-90. It uses the same 125 mm ammunition as other Russian main battle tanks. It fires APFSDS, HE and HE-FRAG rounds. The tank can also launch 9M119 Refleks (Western reporting name AT-11 or Sniper-B) anti-tank guided missiles in the same manner as ordinary munitions. These missiles have a range of 4-5 km and can also engage low-flying helicopters. A total of 43 rounds, including missiles, are carried for the main gun.

The T-90M uses a proven carousel-type autoloader. A total of 22 rounds are stored in the autoloader and are ready to use.

Secondary armament consists of a coaxial 7.62 mm machine gun. There is a also a roof-mounted remotely-controlled weapon station, armed with a 12.7 mm heavy machine gun. Both machine guns are operated under armor.

The T-90M has a new fire control system and updated observation and aiming devices. This new Russian tank has a hunter-killer engagement capability. Tank commander uses a panoramic sight with thermal vision to search for targets. Once the target is selected the gun is laid on the target automatically and the gunner completes al the aiming and firing process. During that time commander looks for the next target. Furthermore target acquisition system tracks selected targets automatically. It is claimed that the new tank is 15-20% more accurate than its predecessor. The T-90M tank observed in 2021 has some kind of telescopic mast fitted with optical sensors, possible for surveillance when the tank is entrenched or behind the cover.

This main battle tank has a crew of three, including commander, gunner and driver.

This tank is powered by a V-92S2 multi-fuel diesel engine, developing 1 000 hp. It is also fitted with auxiliary power unit, which powers all systems, when the main engine is turned off. Vehicle has a built-in self-entrenching blade and can prepare itself an emplacement within 12-40 minutes, depending on the ground type. There is a provision to equip a mine plow. There is also a deep wading kit, that can be installed by tank's crew within 20 minutes. Once the kit is attached the tank can ford water obstacles up to 5 m deep. 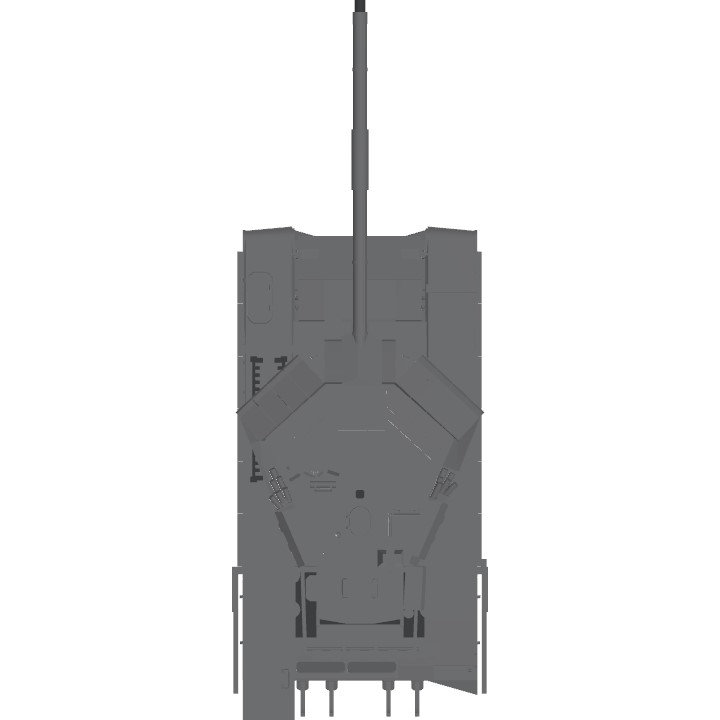 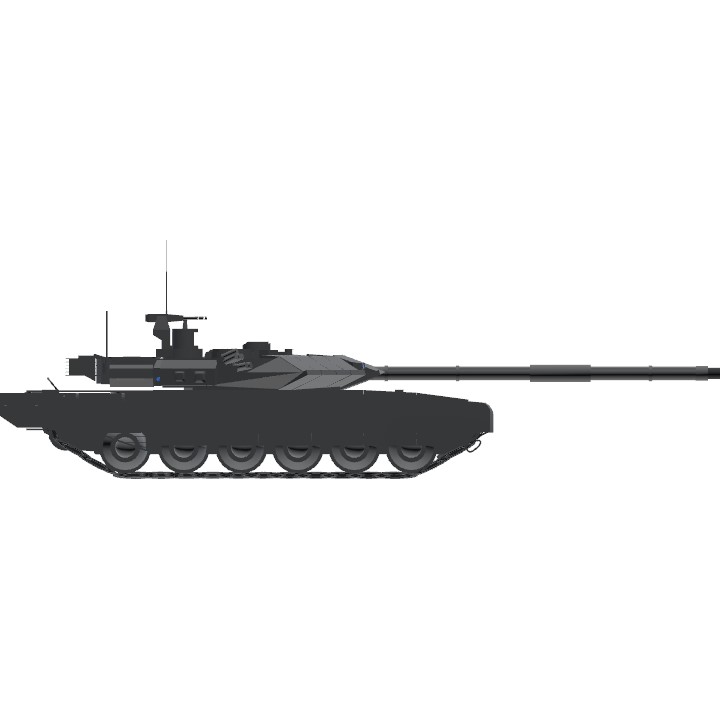 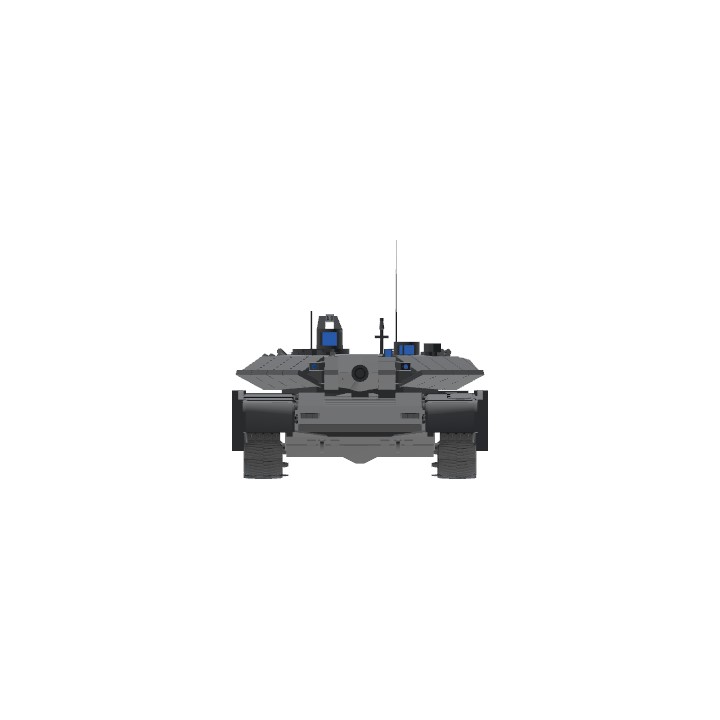