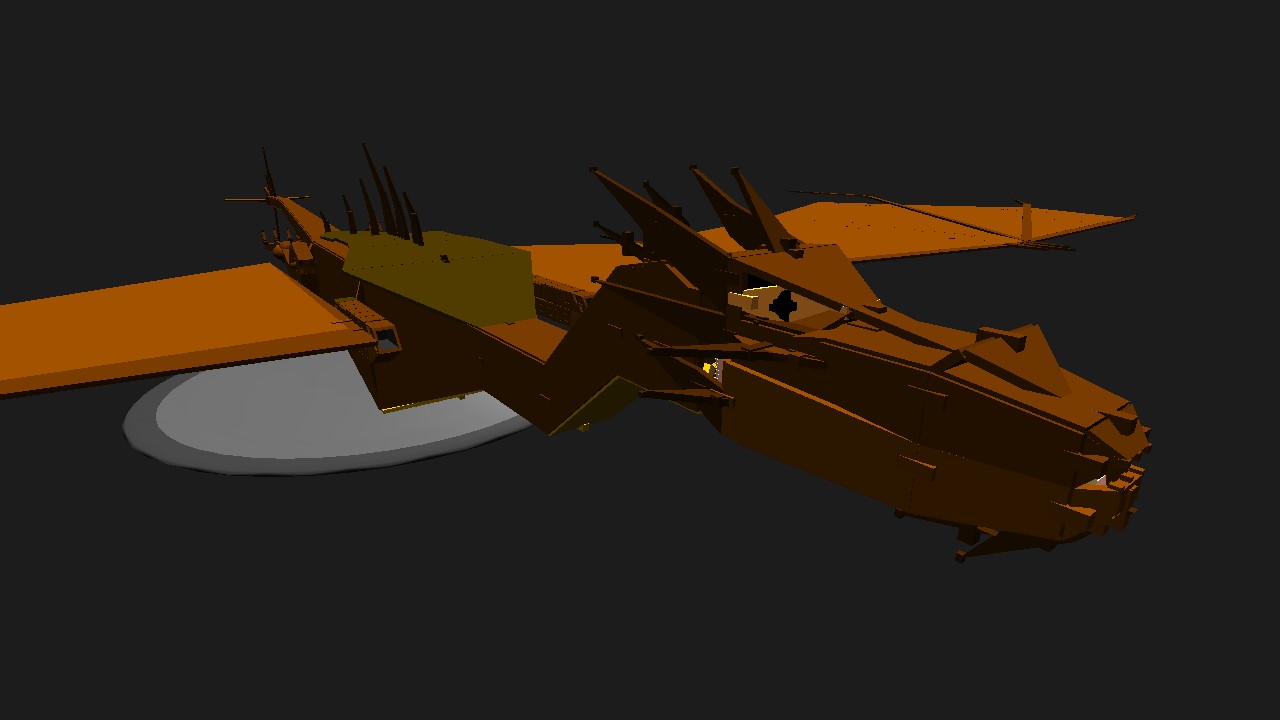 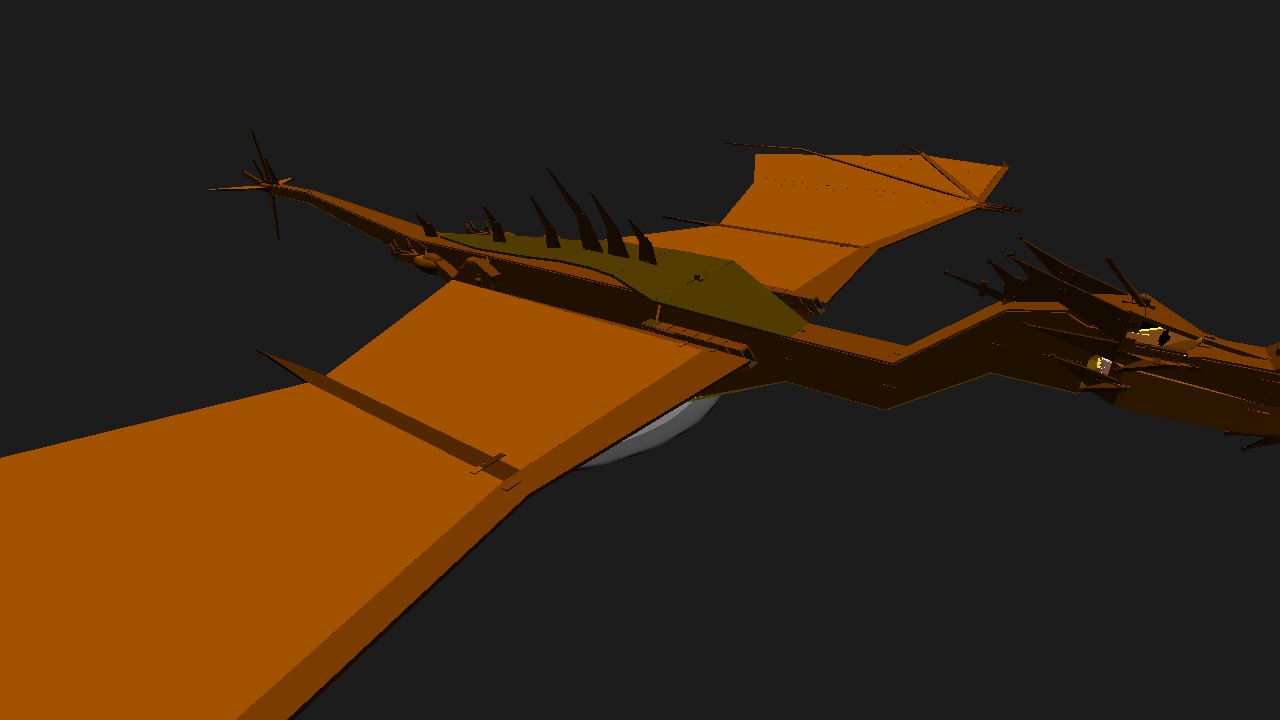 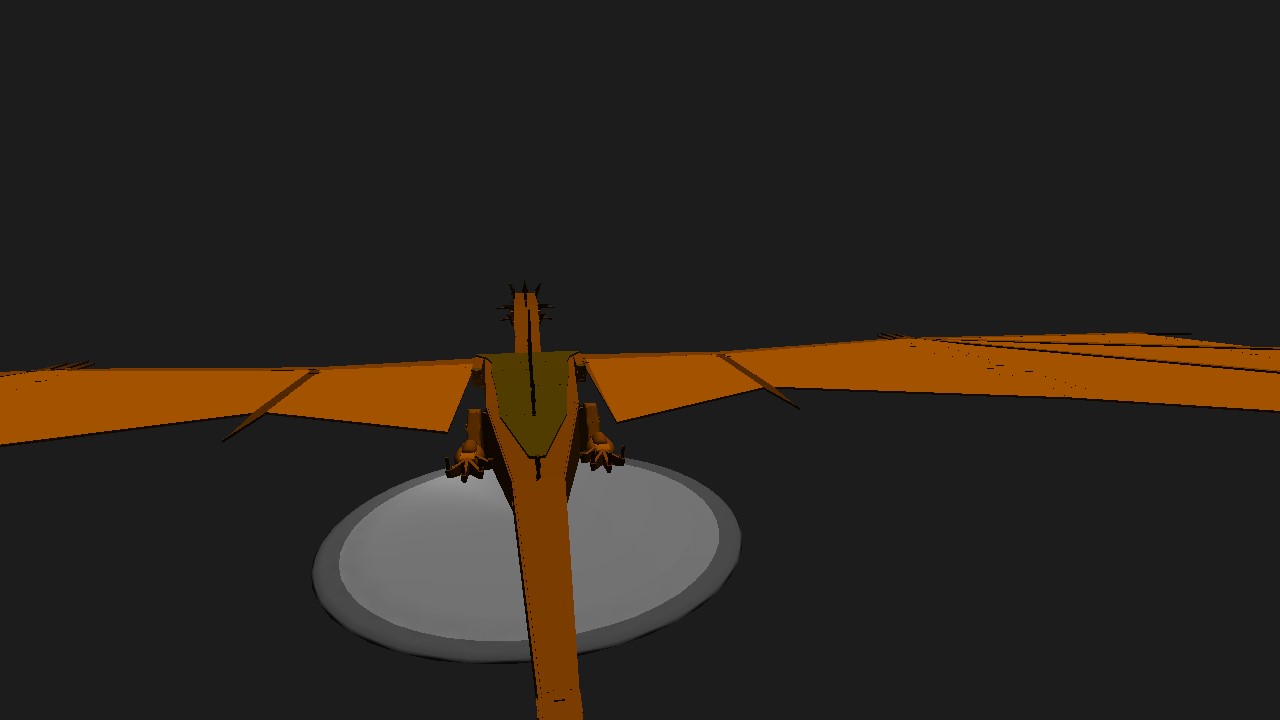 I was playing with structural wings just seeing what I could do with them. I put some together and found a nice way to make reptile, or cat eyes. Then I played with it a little more then noticed how similar the eye looked like Smaug's. Then I thought, why not make him?.. After almost three whole days I finally finished him.
Now I could write to whole story, but the description would be too long so let's get to the facts. This is a replica of Smaug from The Hobbit. I tried to keep him as close to the real one as possible, he's even life-sized (at least, if you consider the passenger to be a Hobbit or a dwarf). The only major difference are the horizontal stabilizers on his tail (and the absence of upper teeth). Move the VETOL slider down to open the mouth and press 1 to shoot searing flames (he only has one shot). He flies quite well but only at 200 mph. He stalls if he does a loop and crashes the game if he goes too far into the water (like if his wings go in with another part of the body) and he needs to be spawned in the air. If you download him you may notice a small imperfection on his belly. That is not an imperfection, it is his weak spot. When on mobile devices it is recommended that you turn the game quality down to low (in fact, I played with it on low and numerous times tried to dive into the U.S.S Tiny with the mouth open. Never hit it though). This is 100% completely unmodded. Motivation for the dragon challenge. I will create a new version of this soon. 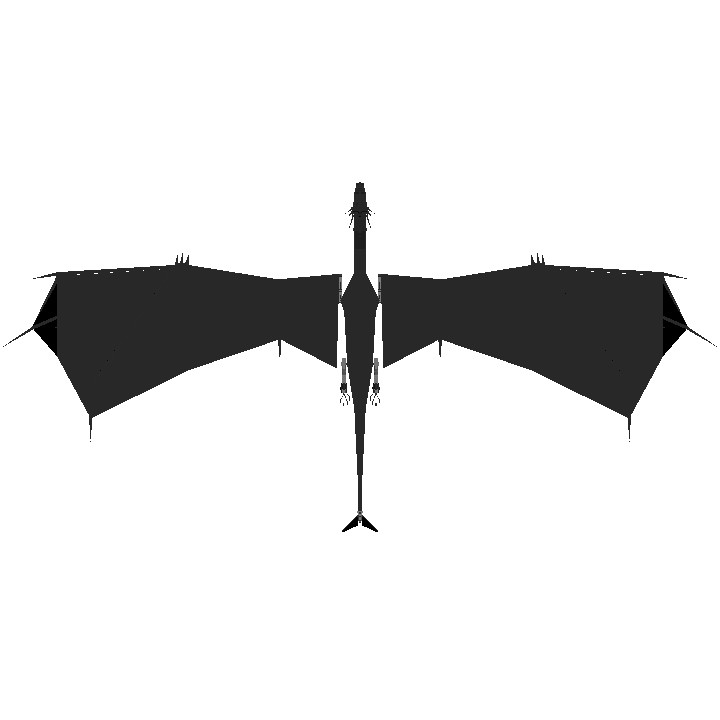 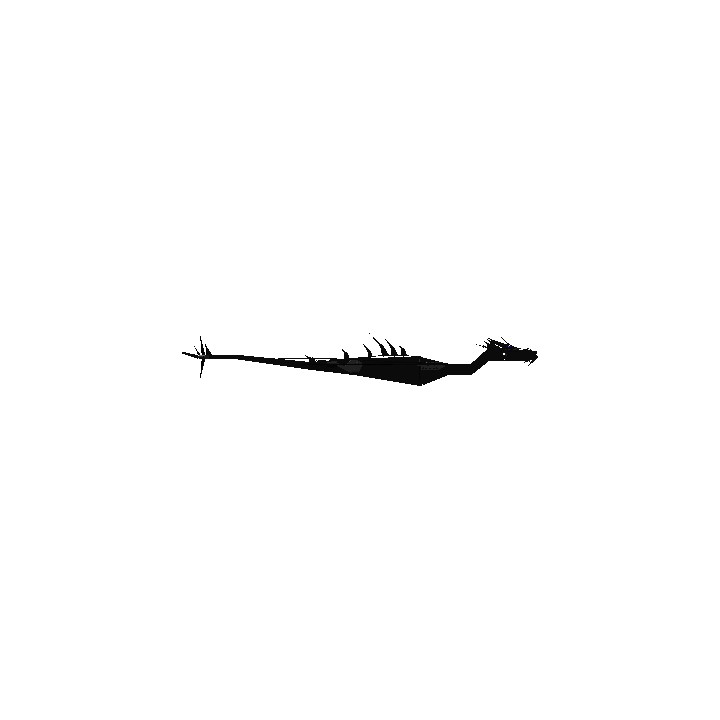 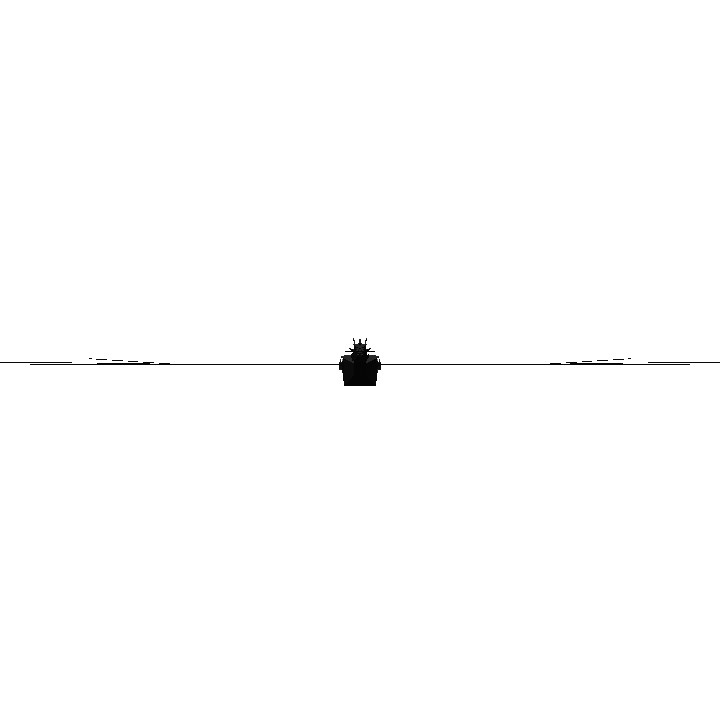