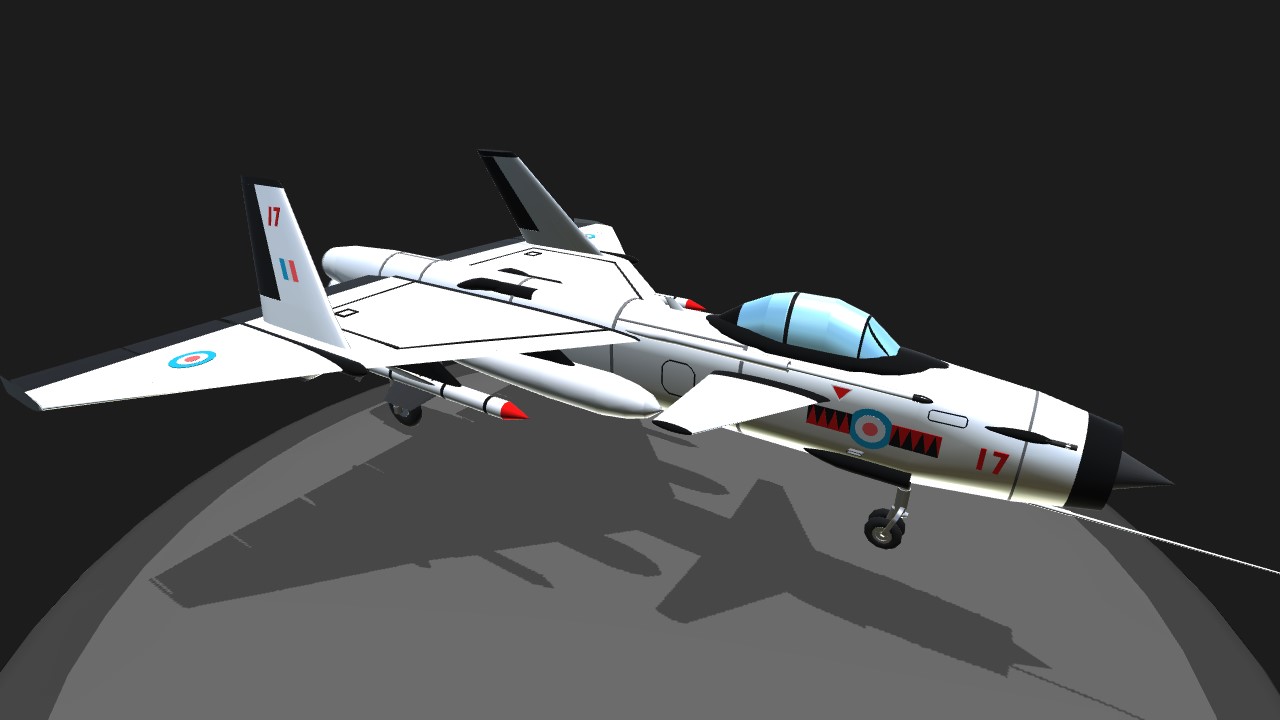 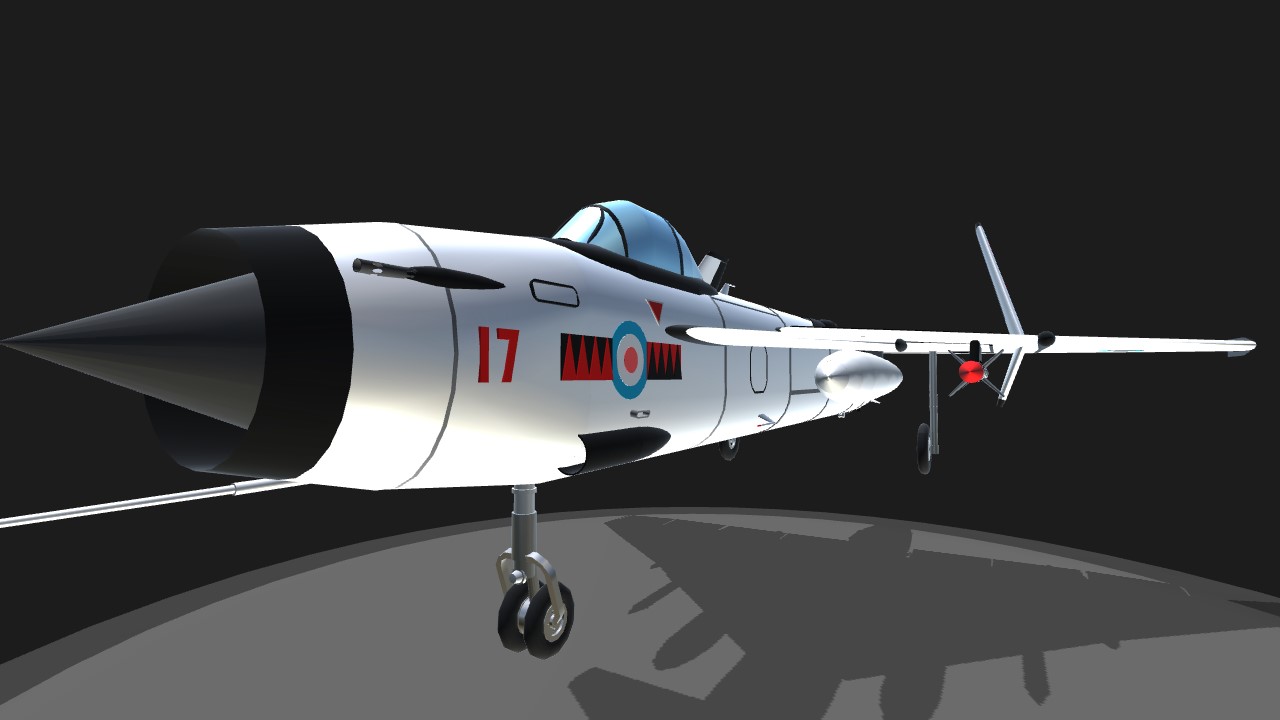 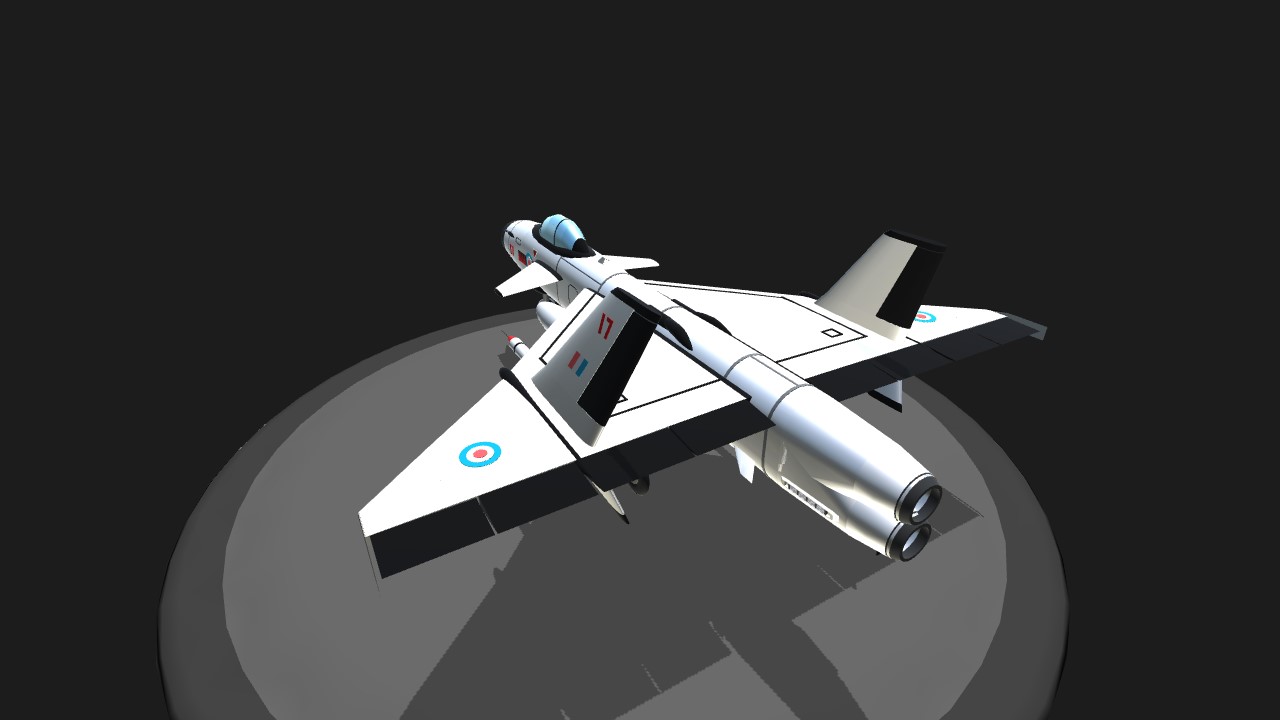 This is my fictional build, the SR & EE Sea Sparrow FGA.1, which was created in a world where the infamous White Papers weren’t envisioned and the United Kingdom continued to develop and create more modern fighters. This aircraft would have been a joint venture between Saunders-Roe and English Electric for a naval fighter.

The SR & EE Sea Sparrow was an answer to the Royal Navy’s request for a supersonic carrier fighter aircraft which would fit the roles of being interceptor and strike aircraft. English Electric and Saunders-Roe used a fuselage in a similar style to what the new EE Lightning had. In order to give the aircraft more versatility, it’s conventional wings were changed for a delta shape with canards at the front. The Sea Sparrow would not be as fast as the Lightning but it would have greater range, manoeuvrability, and carry a larger armament with the possibility to carry four air to air missiles. It could also hold conventional drop tanks, unlike the Lightning which could only carry gravity feeding ferry tanks that couldn’t be used for combat. It also carried a retractable in air refuelling probe. The aircraft would also be capable of carrying a Red Beard atomic bomb, giving the Fleet Air Arm better nuclear strike capability.

Four prototypes were built and the Royal Navy was pleased enough to order 24 of the FGA.1s with the option of buying more. The first of these prototypes flying in late 1958. The Fleet Air Arm acquired their first Sparrows a year later and they entered active service in mid 1960. With improvements being made in the following models and several dozen of those being ordered, the FGA.1s were decommissioned between 1969-1971. The Royal Air Force was also interested in this jet as they felt it would be a nice compliment to their Lightnings (hint for a future build). The new models of the Sea Sparrow were used until the late 1980s.

This particular aircraft is number 17 of the first batch of 24 aircraft and its load out is for a long endurance patrol with two drop tanks and two Firestreak missiles. It is also painted in Anti-Flash white for possible nuclear strike missions where it would either be escorting bombers or conducting the bombing itself. This specific airframe was retired in mid 1970.

VTOL: Controls flaps/elevators (these are not traditional flaps as it is a delta wing aircraft but are ones which can be used for take off and landing as well as increasing manoeuvrability, especially at low speeds.

AG4+ VTOL Up: Extend the refuelling probe (do not move VTOL below half way when 4 is active) 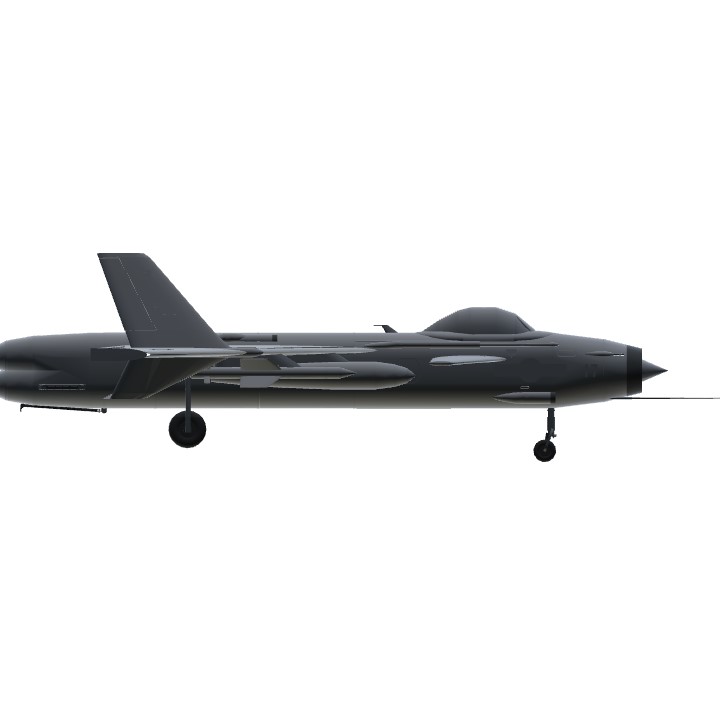