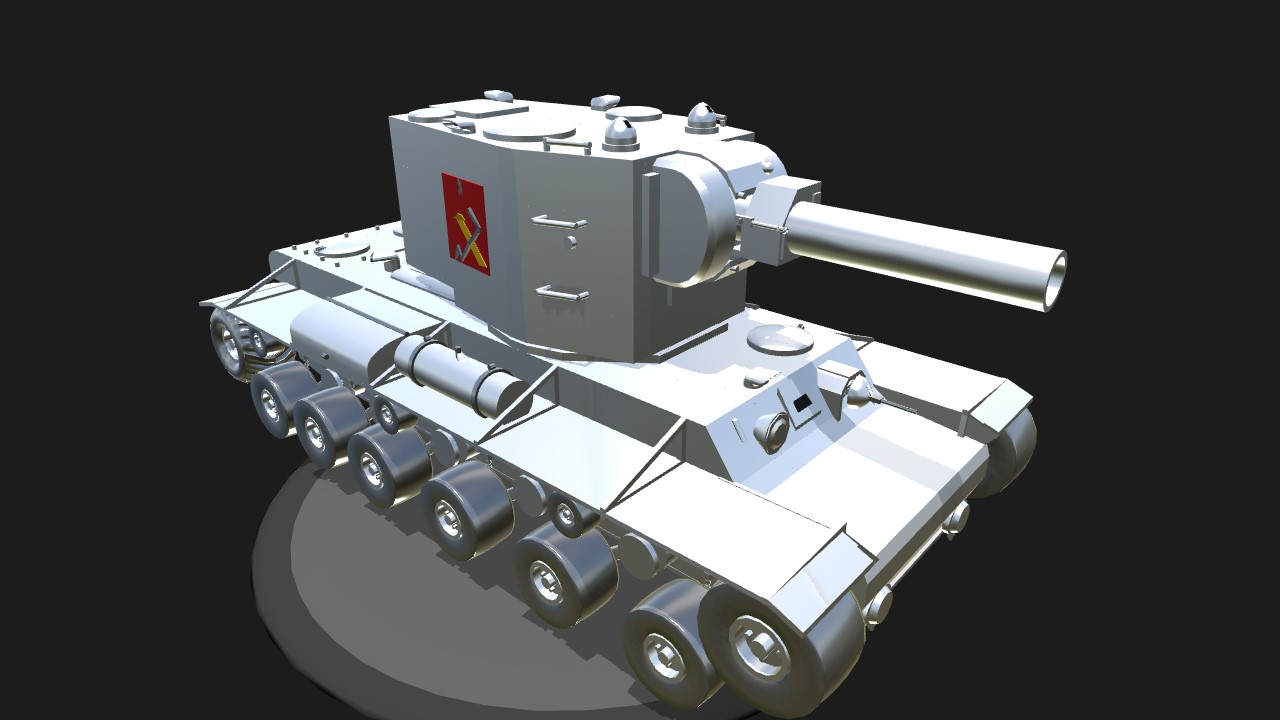 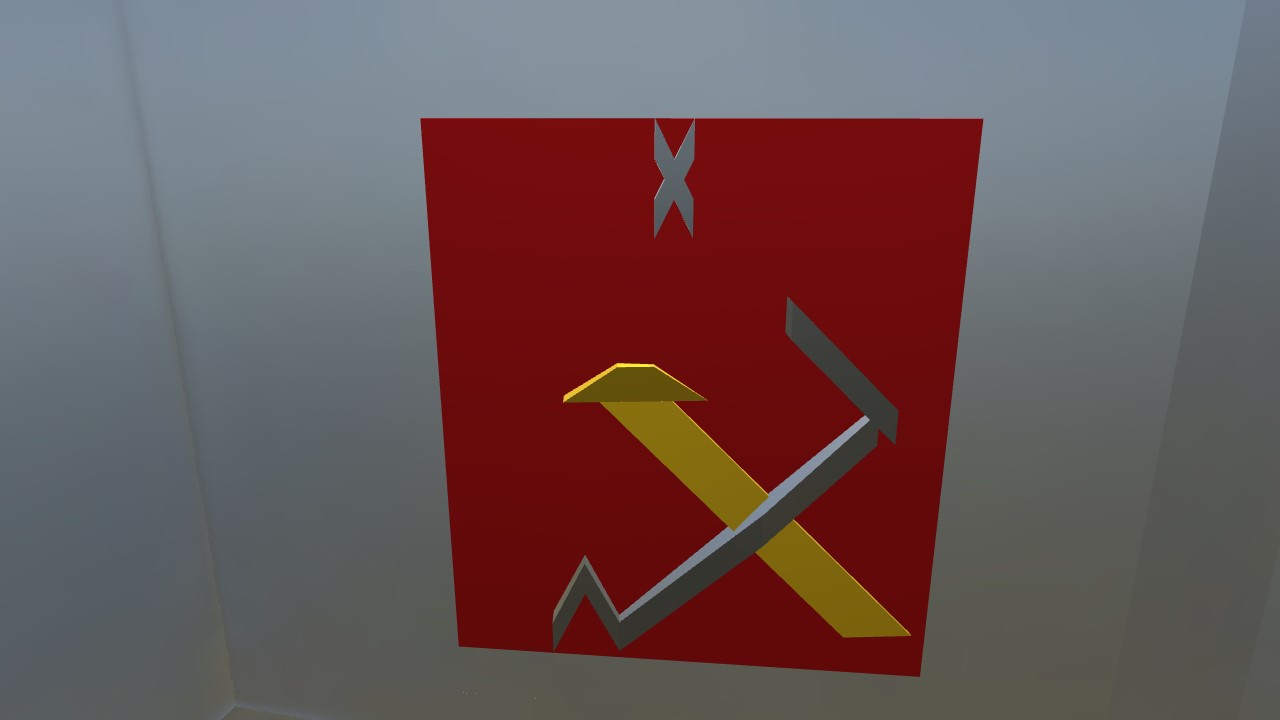 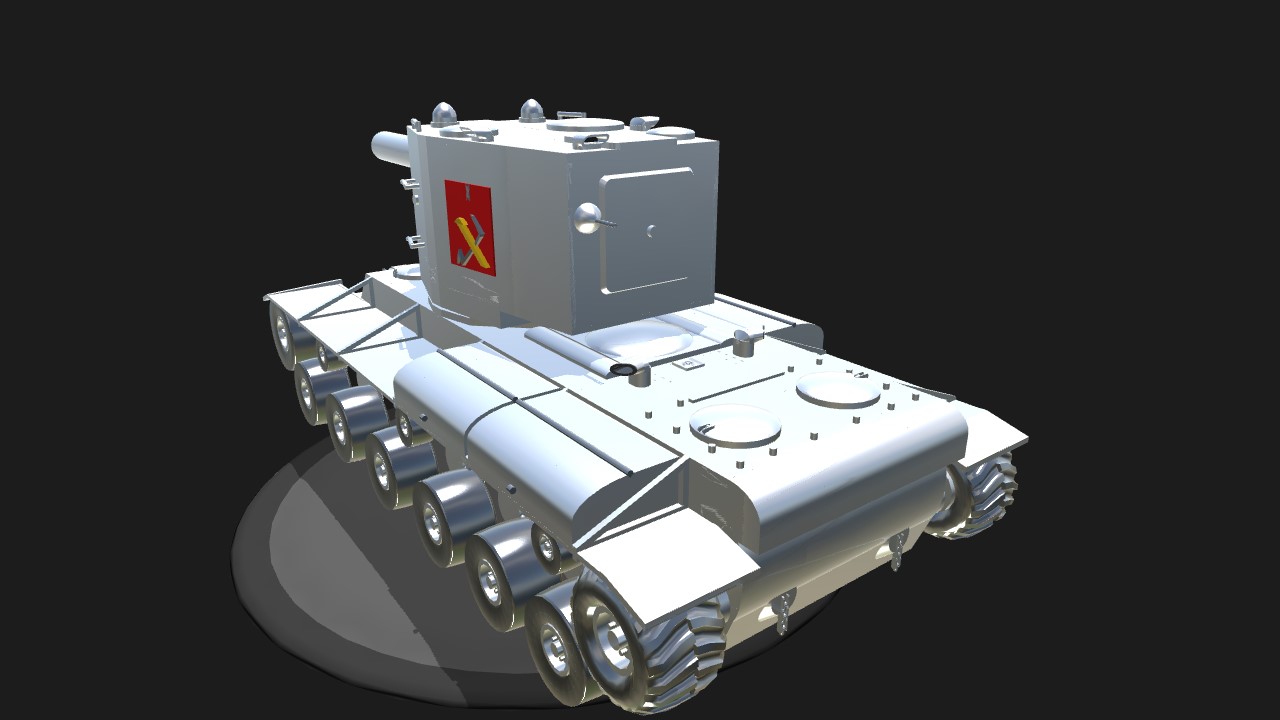 Well, here it is- the monster of the streets! Meet the KV-2. Even though the tank was considered to be a failure in it's role, we all still love this beast because of it's "good" looks, and it's 152mm derp gun. With this creation, I decided to implement real KV heavy tank suspension. This makes the vehicle pretty smooth whilst crossing terrain. As the title states, this special KV-2 was featured on Girls Und Panzer, as part of Pravda High School's line up. This can also be shown with the emblem. The show actually shows why this heavy tank was considered a failure; as it is approached by Ooarai's Hippo and Ankou teams, it fires one 152mm round. This round missed both tanks, and as the KV-2 was reloading, Hippo and Ankou were able to hit it's weak points. This shows that the chance of missing a shot with the monster was very high, and not forgiving. Still, though, we love you KV-2. How do you use this thing? Pitch is drive, and roll is to steer. Remember, there is no need to constantly accelerate, or over steer. To turn your house of a turret, use VTOL. To raise the derp gun, use trim. If troops are coming your way, just activate group 1 to use your defensive machine guns. The gun on front moves respectively with the main gun. Also, if you didn't know, the 1940 mod has a co-axle machine gun, who's movement is self explanatory. Just keep in mind the fact that the hull mounted gun can shoot the hull, if you aim down whilst firing. In other words; don't do that! Also, if you have watched Girls Und Panzer, please comment on which school carrier I should make next. I really need to get that series going... Enjoy! 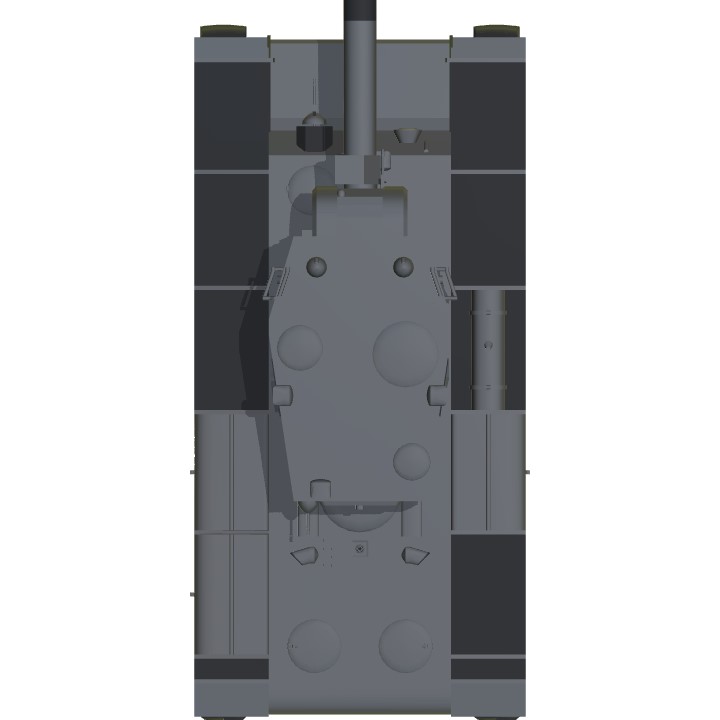 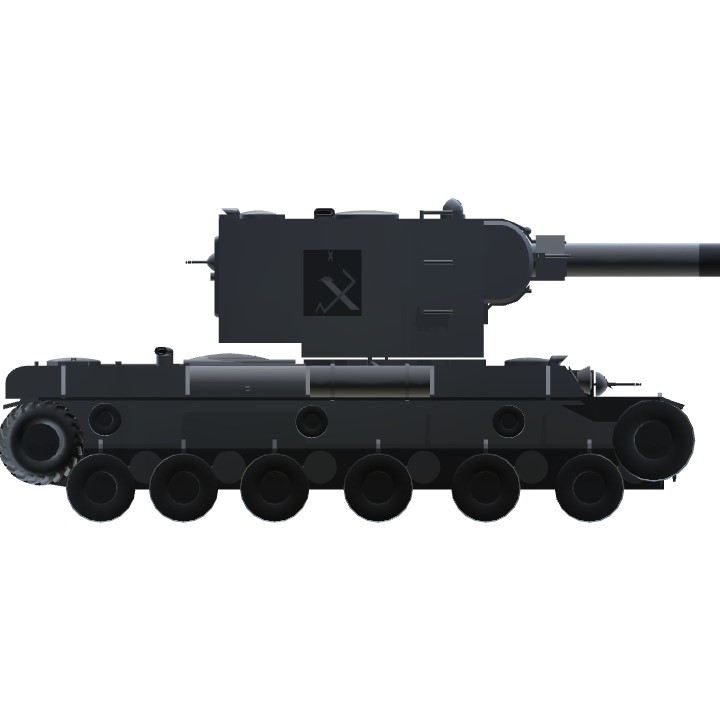 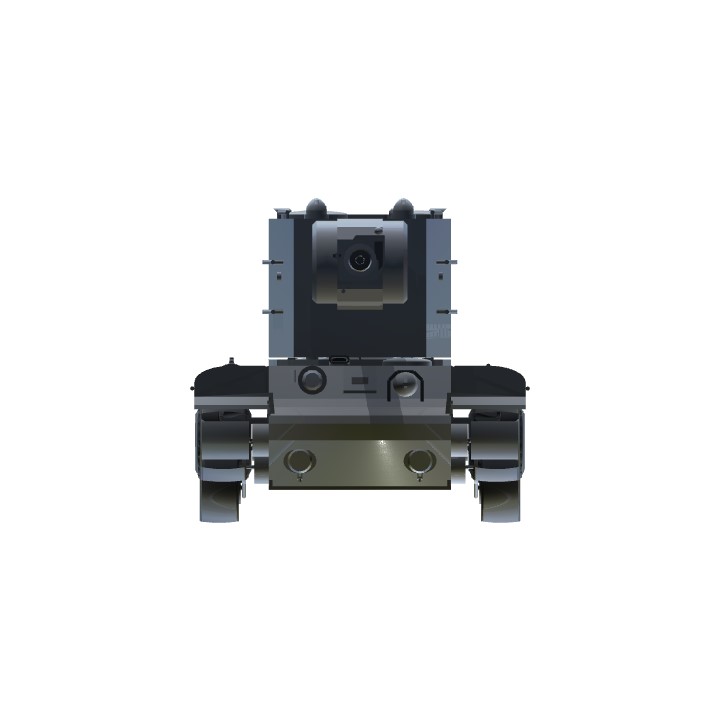