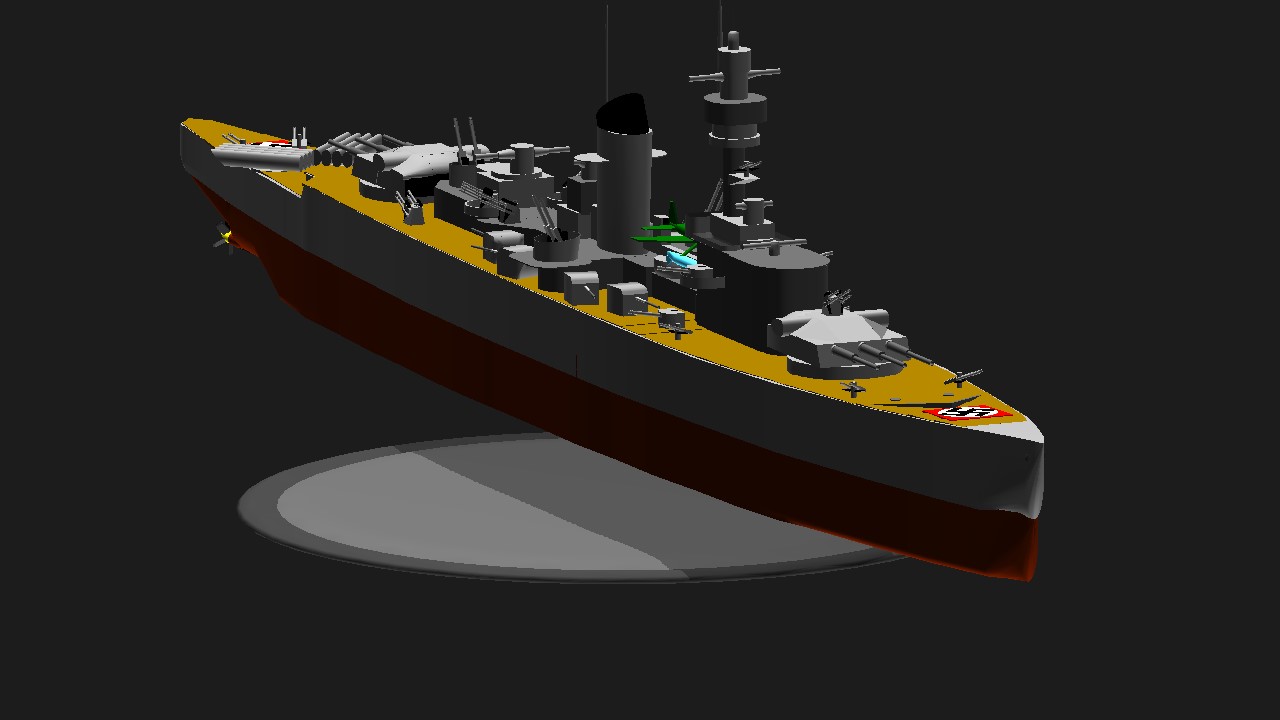 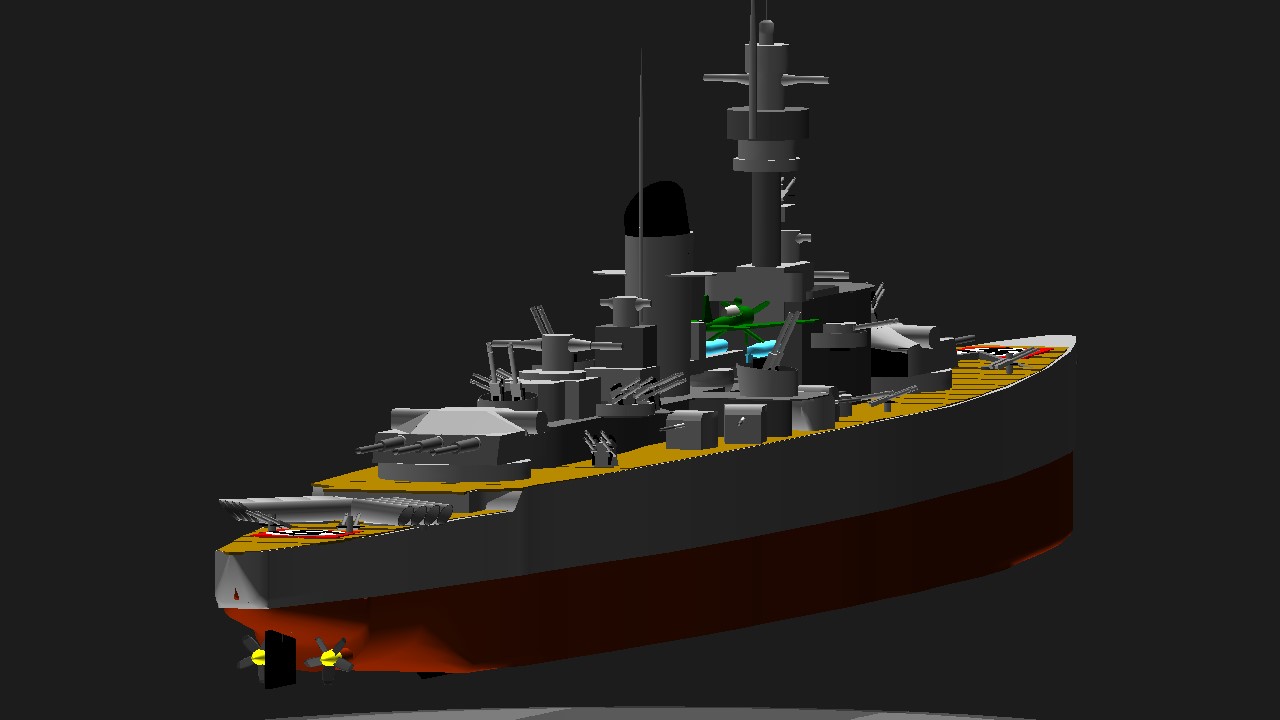 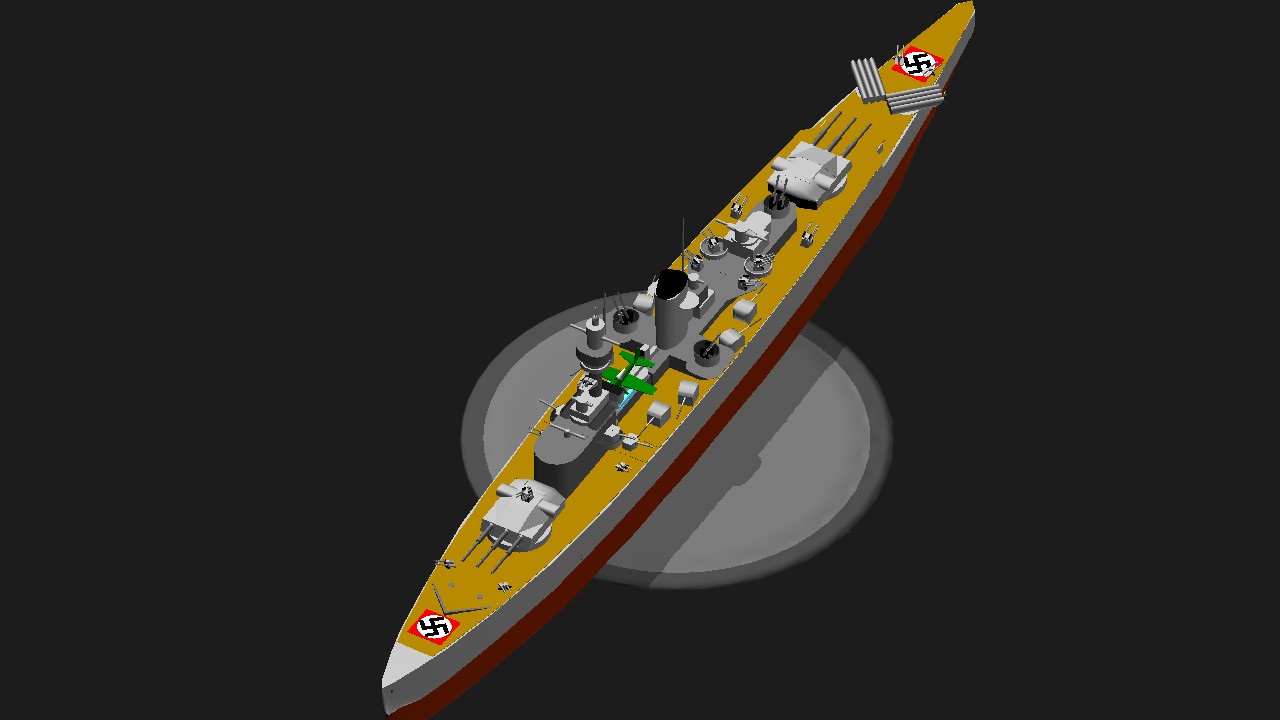 Deutschland was the lead ship of her class of heavy cruisers (often termed pocket battleships) which served with the Kriegsmarine of Nazi Germany during World War II. Ordered by the Weimar government for the Reichsmarine, she was laid down at the Deutsche Werke shipyard in Kiel in February 1929 and completed by April 1933. Originally classified as an armored ship (Panzerschiff) by the Reichsmarine, in February 1940 the Germans reclassified the remaining two ships of this class as heavy cruisers.[a] In 1940, she was renamed Lützow, after the unfinished Admiral Hipper-class heavy cruiser Lützow was sold to the Soviet Union the previous year.

So this is just a 1/4 Scale of the real ship and it does lack of finest details. I really intend it to be less detailed for the ship to be Mobile Friendly. As you can see only 400+ parts, it's pretty few for a ship but my phone can't handle it anymore in high graphics. In low graphics, the highest possible FPS my phone can give me is 25. Pretty much im using a potato phone. What can you expect It's 4 years old phone. But anyway, i hope you enjoy it. Launching the float plane is a lil bit tricky but it takes off just fine. Oh and btw, the Float Plane DOESN'T FLOAT. Idk what happened tho. You can check the In-game screenshots below. 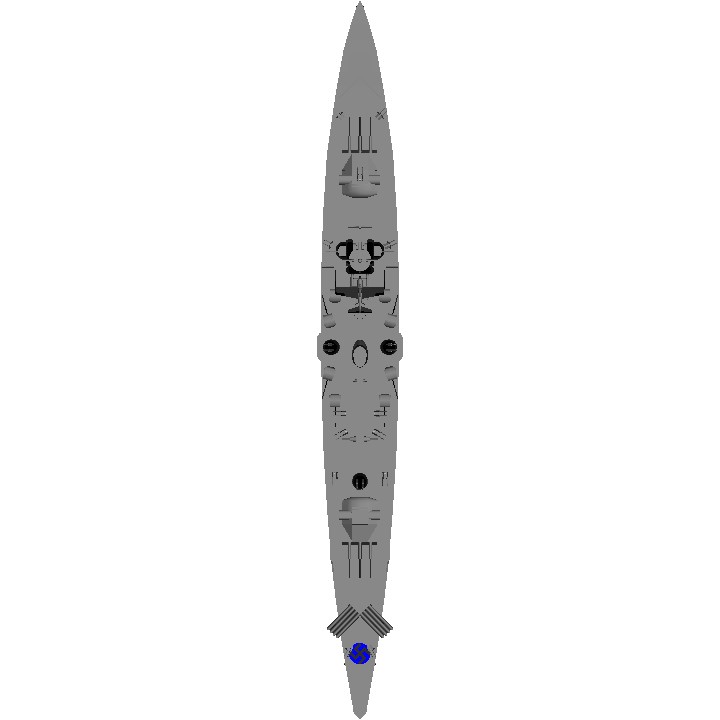 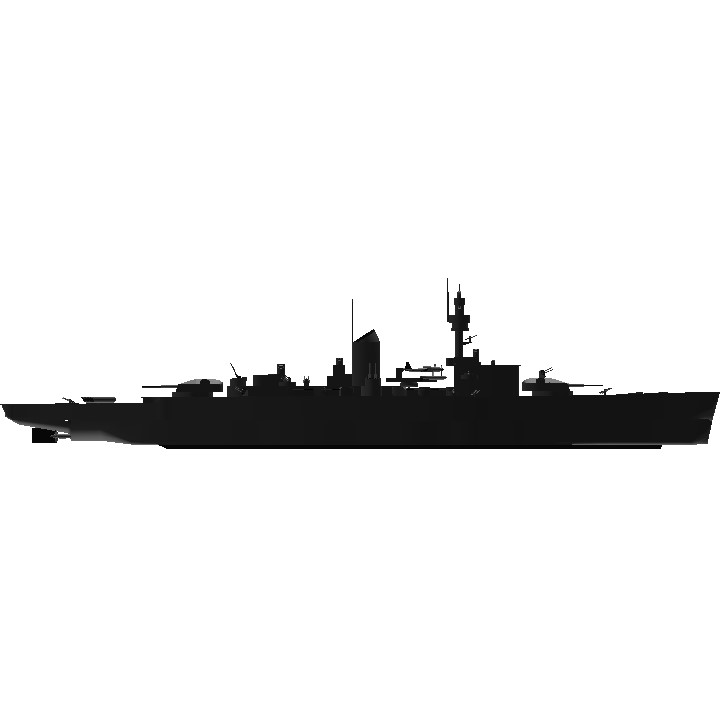 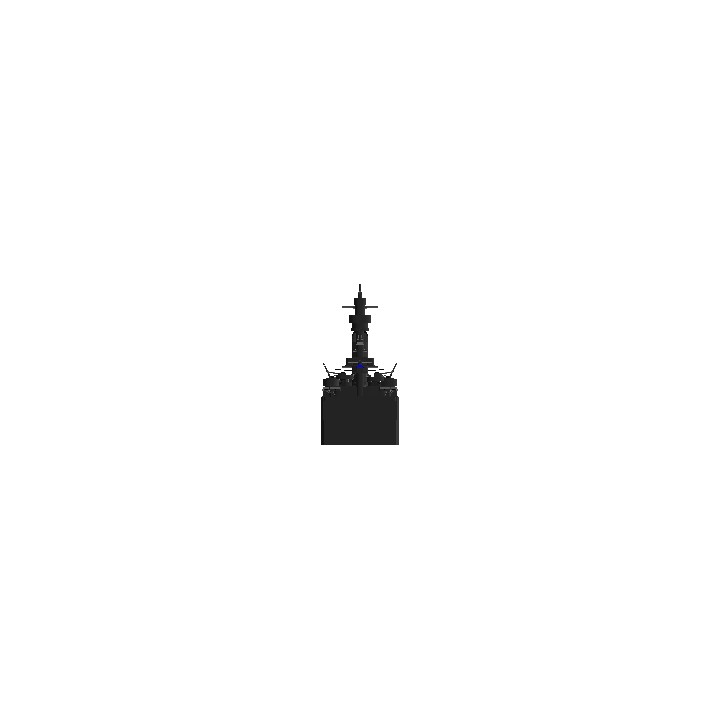