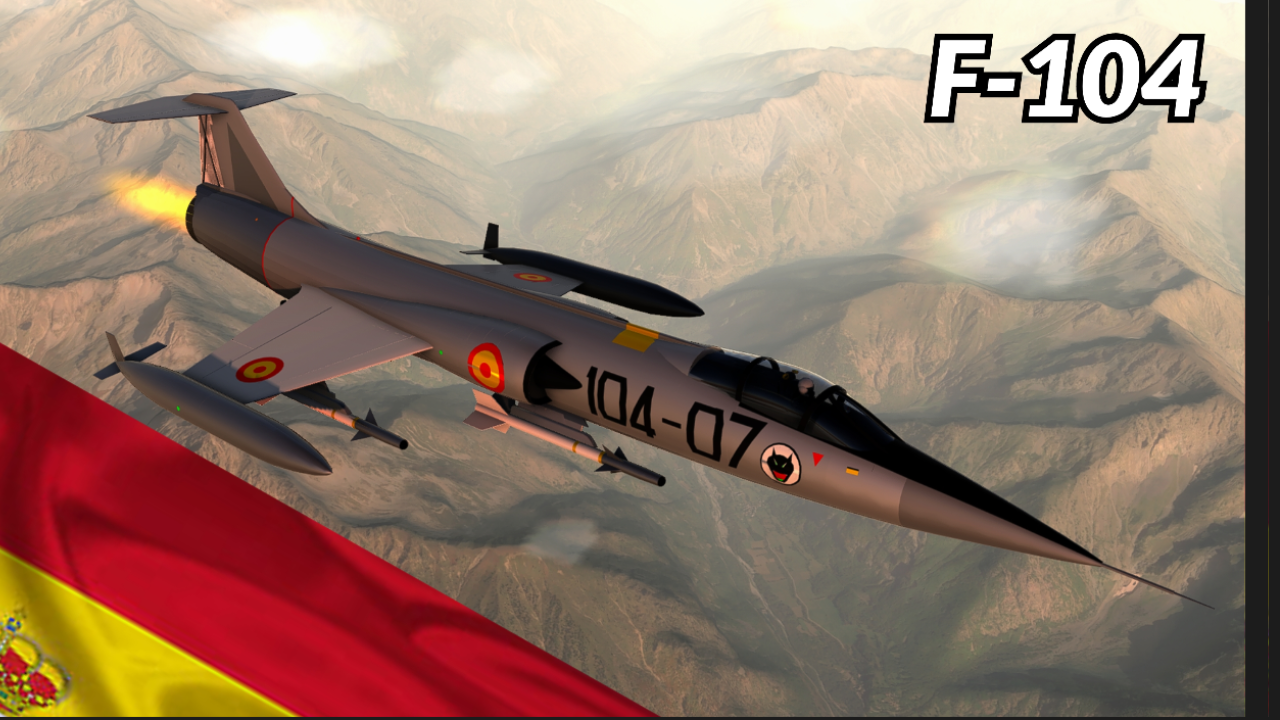 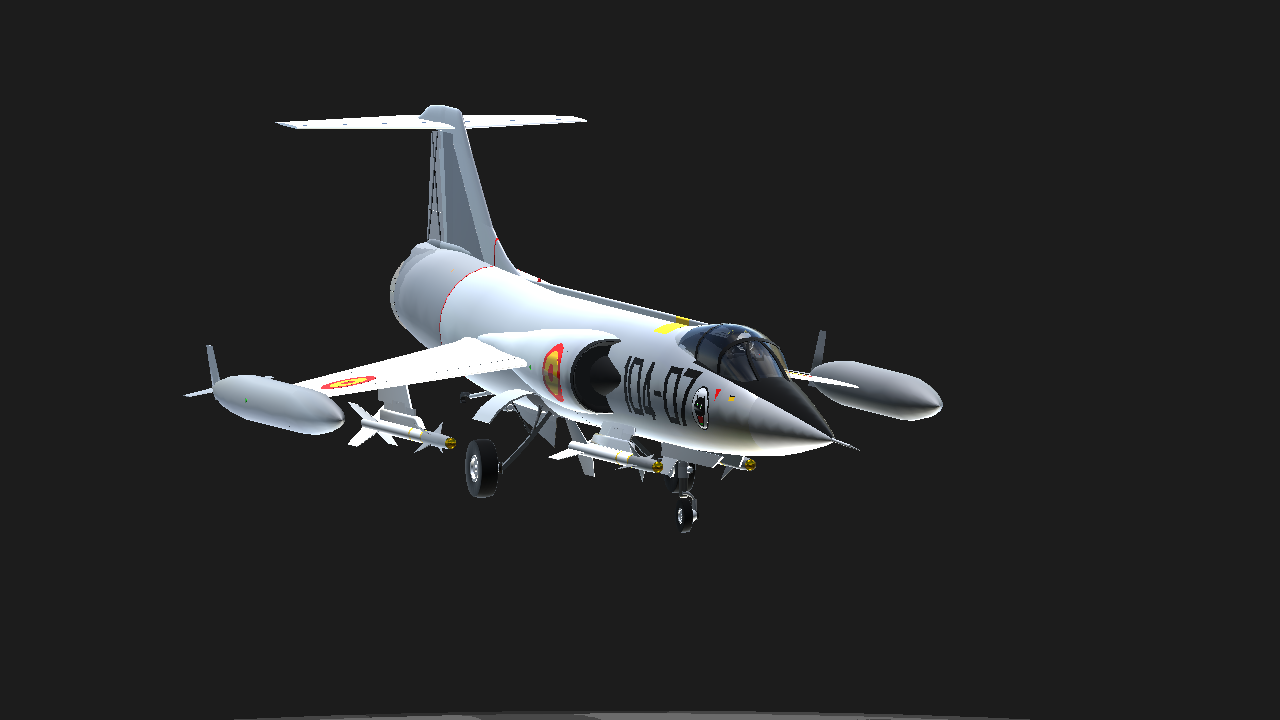 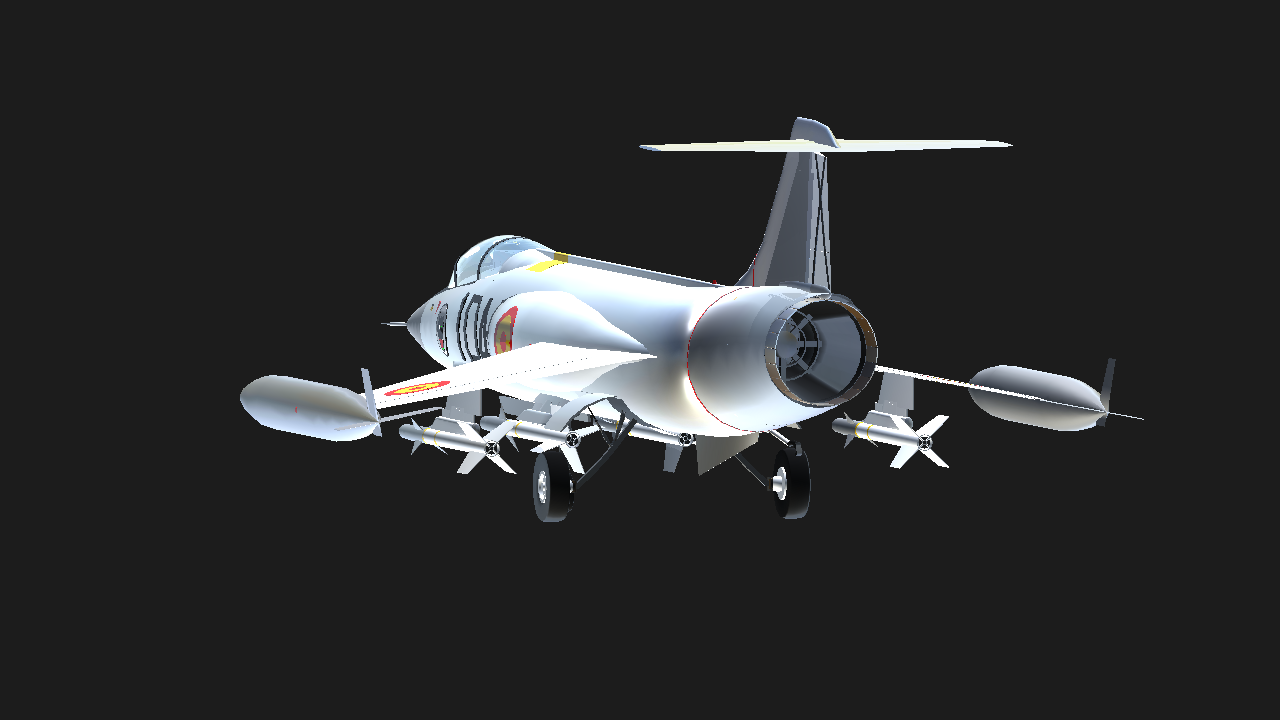 I removed the previous one because it had a lot of errors and almost no one downloaded the fixed version. if you can help me to recover the upvotes that I lost, Thanks bros

AG1:
Warms up the sidewinders, don't leave it on for more than 10 seconds or the seakers will overheat, breaking the missiles. Inspiration War Hawk95

Thanks to edenskfor the flight model and other things.

Unlike Germany, where this fighter earned a reputation as a widowmaker (nearly one in three German F-104s were lost in accidents), in Spain this aircraft had a very quiet operating history, with only one minor incident.

in which an F-104 (nicknamed "El Basilio") cut a lamp post with its wing, causing slight damage.

In 1972 the aircraft were all replaced by the more modern F-4C Phantom II, ending the Spanish F-104s in the air forces of Greece and Turkey. 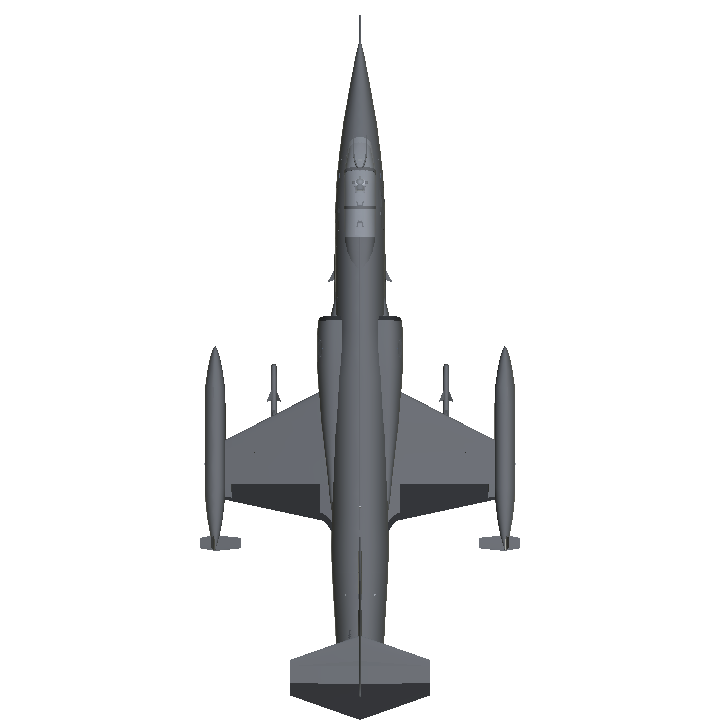 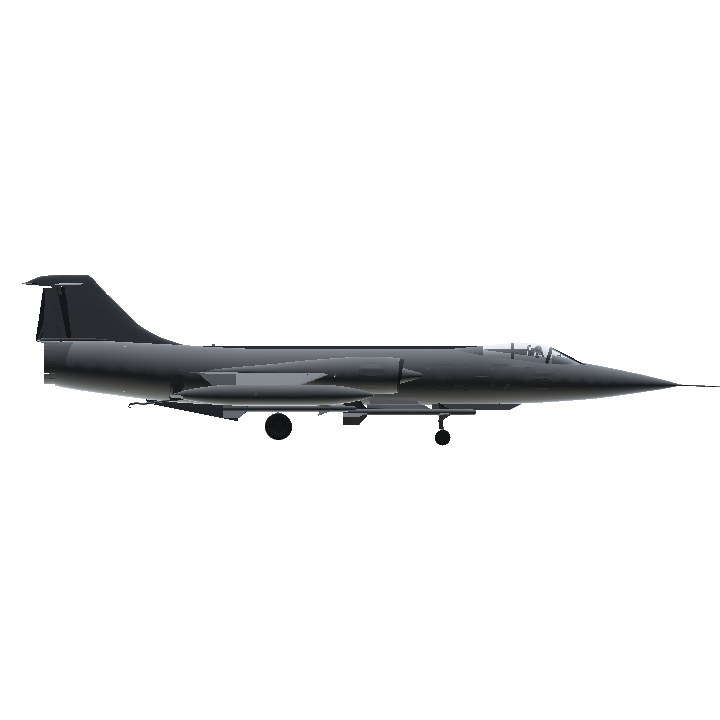 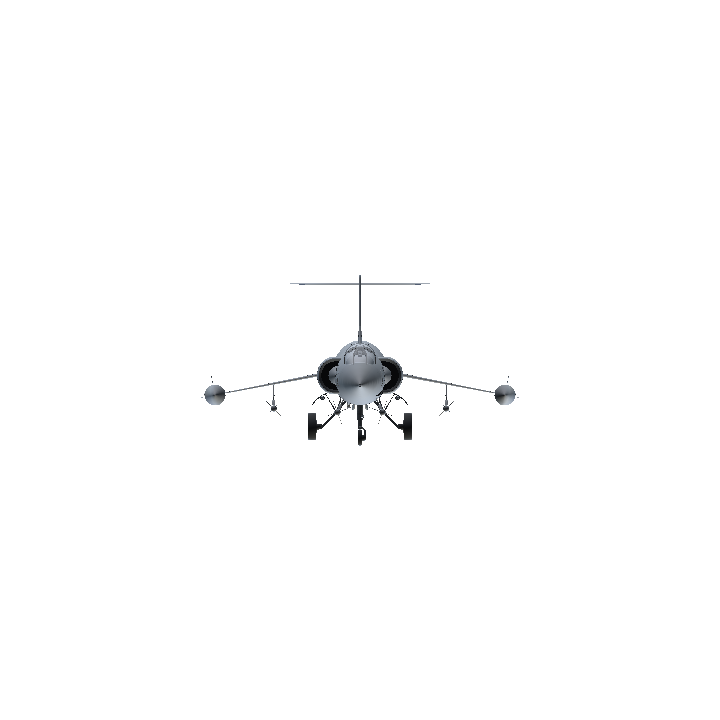