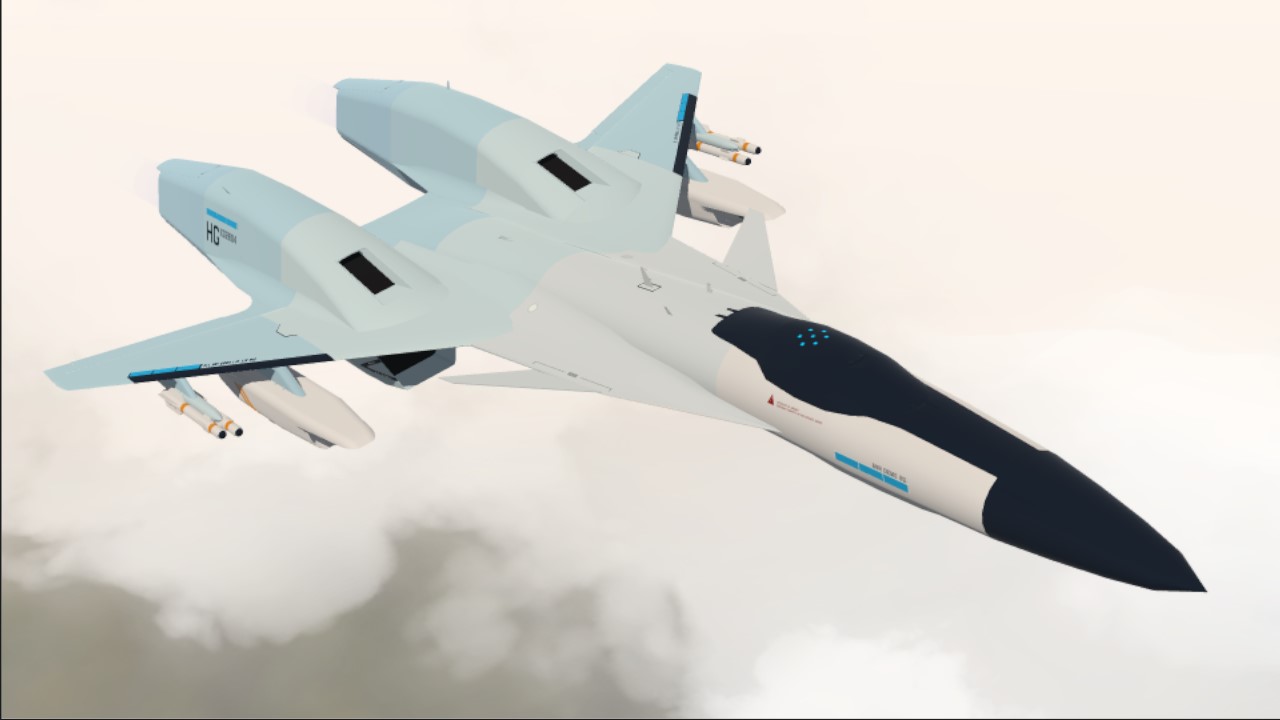 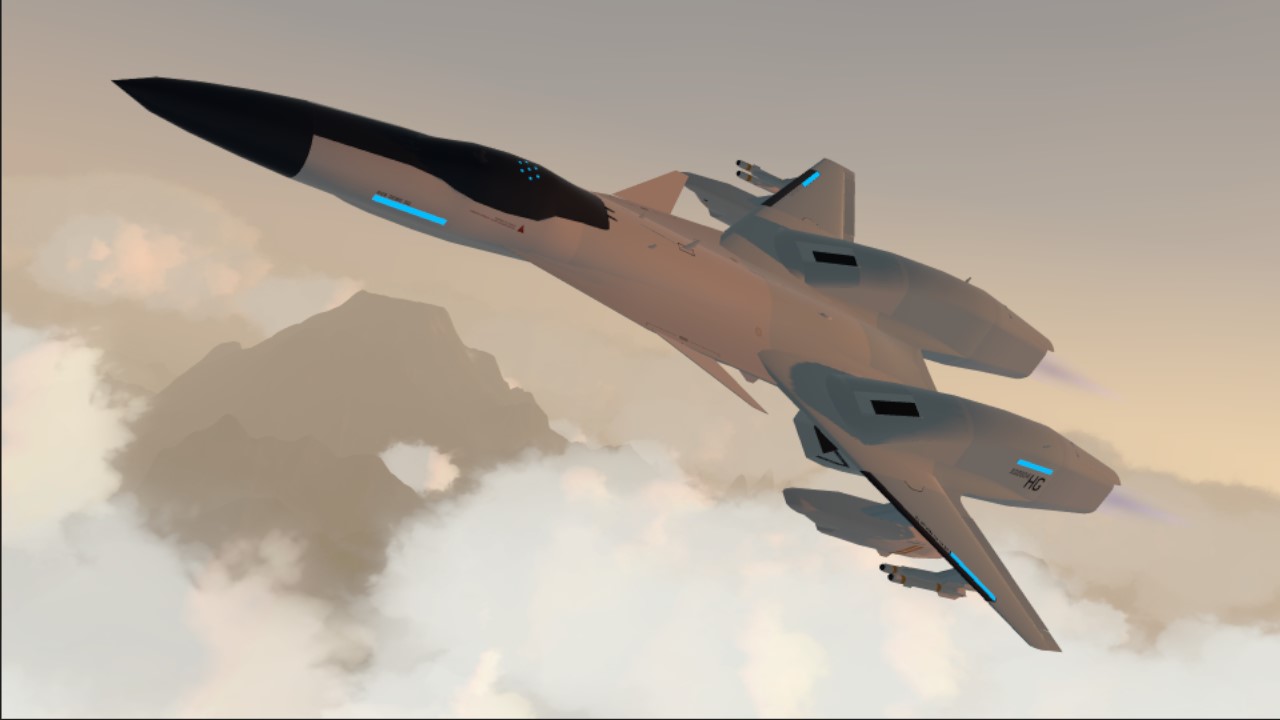 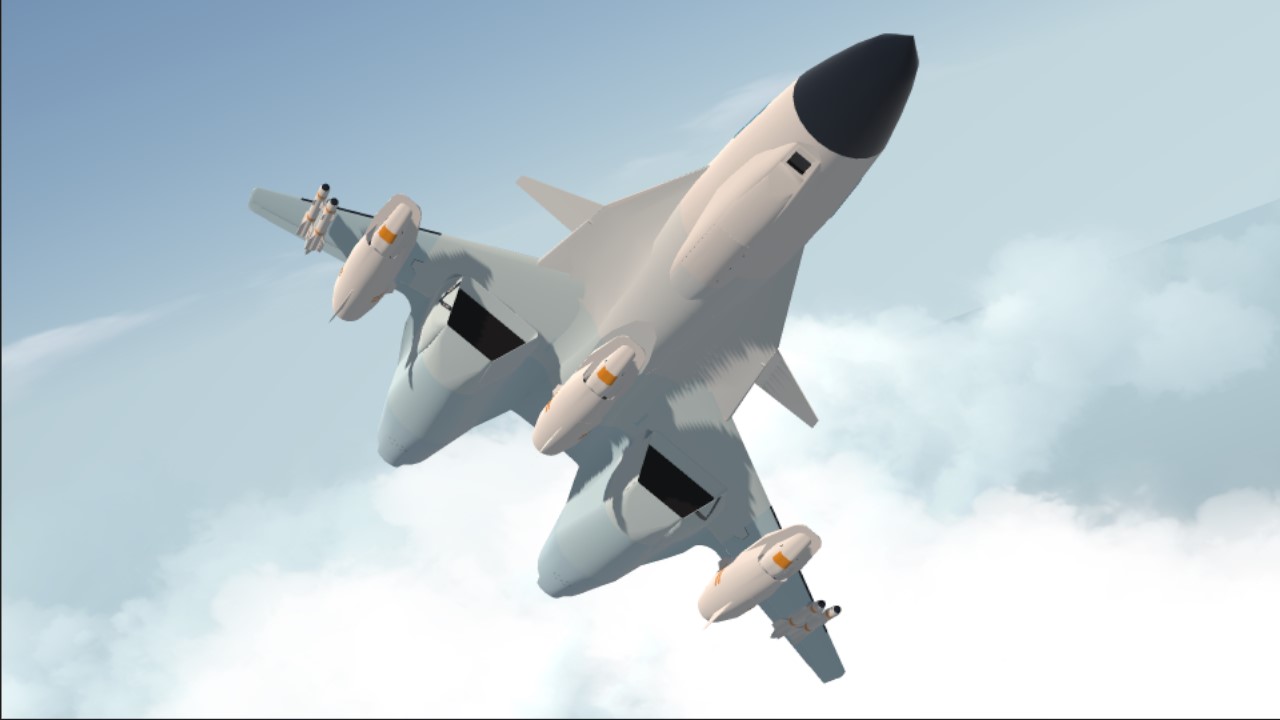 Electro Pixy. It's another somewhat realistic design, based on engine and cockpit sketches.

The colors were born from messing about with gradients in Unity. On a plane, it doesn't quite scream "airshow unit" (which is the lore), but somehow, it's pleasing and almost elegant?

The "golden hours" of photography don't apply here since they tend to hide the gradient. Certified Technology Connections moment as there is less blue light and all that.
colors.txt

It turns out that to make a G-limiter, you shouldn't use IAS. Reducing the KP coefficient with GS largely removes oscillations.

The high-alpha flight unfortunately makes it unsuitable for racing.

I got a good trick with labels when making this plane. On a curved label, you can use multiple lines of pipe characters | and show or hide lines with FT. This makes one-part "dynamic length cylinders", but the number of pipe characters may consume a lot of triangles. There are four such cylinders around the aircraft.

Post-note: From 1.12.120 onwards, the filled square character can be used.

Alternative pink version for those that like business relationships (non-canon)

The AQF-24 is a fighter and interceptor. The high-speed design excels most in BVR combat, and was fielded in both battlefield and arena scenarios.

Faced with doubts on the tactical planning capabilities of the aging AVIAROID AI platform, HAMEKA developed a long-range missile platform to complement its close-range dogfighters in the arena. This model would stay out of the main combat zone and launch data-link guided missiles, highly effective due to the number of allies in the area.

The privately-run "Type A" units saw success in their seven years of arena operation, until rule changes caused HAMEKA to withdraw them from many arena combat classes.

Use of the AQF-24 continued as "Type B" units were publicly available for sale. Operators could customize the engines, radar, and avionics bay equipment. Even space-going variants could be built from the parts offered. The Type B would join one of the hundreds of choices for those that could not afford articulating frames.

The "bio-pod" used by the AQF-24 is designed to support a biological computer, but may be used with conventional electronic AI.

3x Advanced Large Multipurpose Missile (XLMM)
Beyond-visual-range hypersonic missile. Offers a large explosive radius at the cost of turn rate. Intended for air-to-air use, but can be used against ships due to the high explosive force.
It is usually guided by cross-referencing information from a radar-detecting seeker with that from an allied data-link connection. Awareness of ally positions means that the XLMM can be launched into areas of active combat with little risk of friendly fire. A later revision would allow the radar detector to be replaced by a optical object identification system to better distinguish between friend and foe.
The missile should be launched when the aircraft is flying fast and high enough, as it takes time for the missile's engines to start up.

4x High Velocity Missile (HVM)
Multipurpose close-range missiles. It can travel up to Mach 3 and has a maximum loading of about 20 Gs. 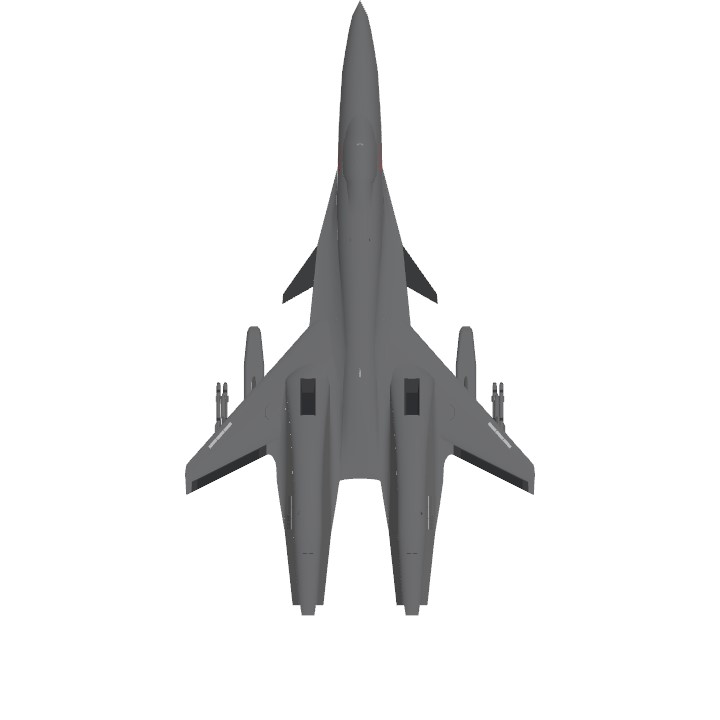 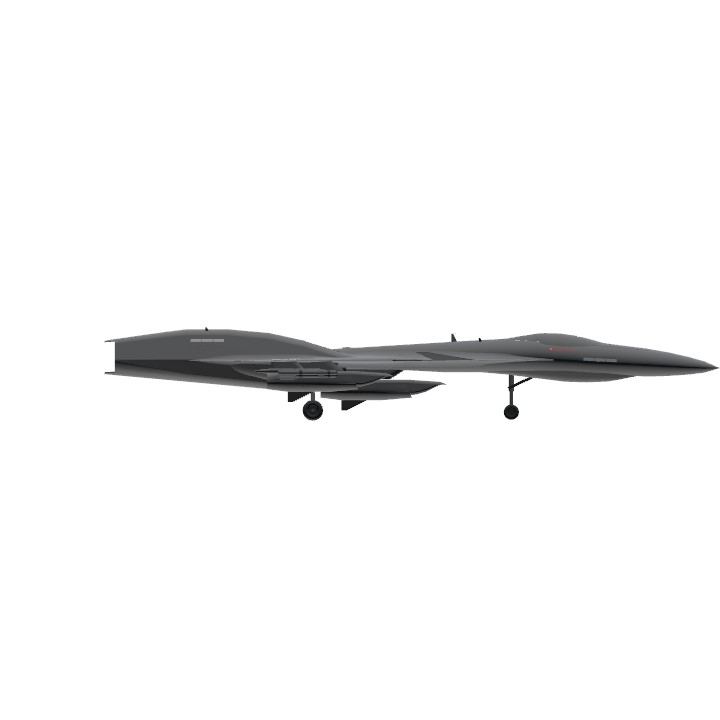 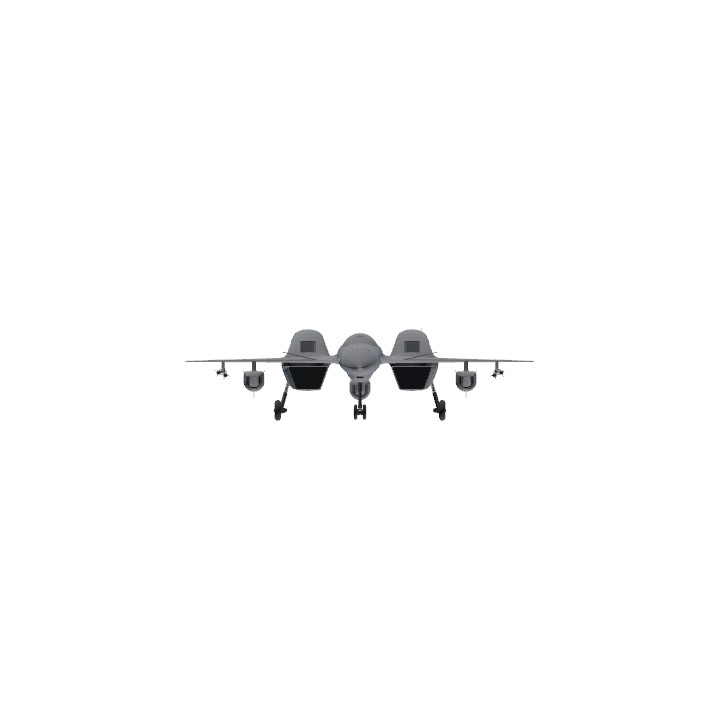