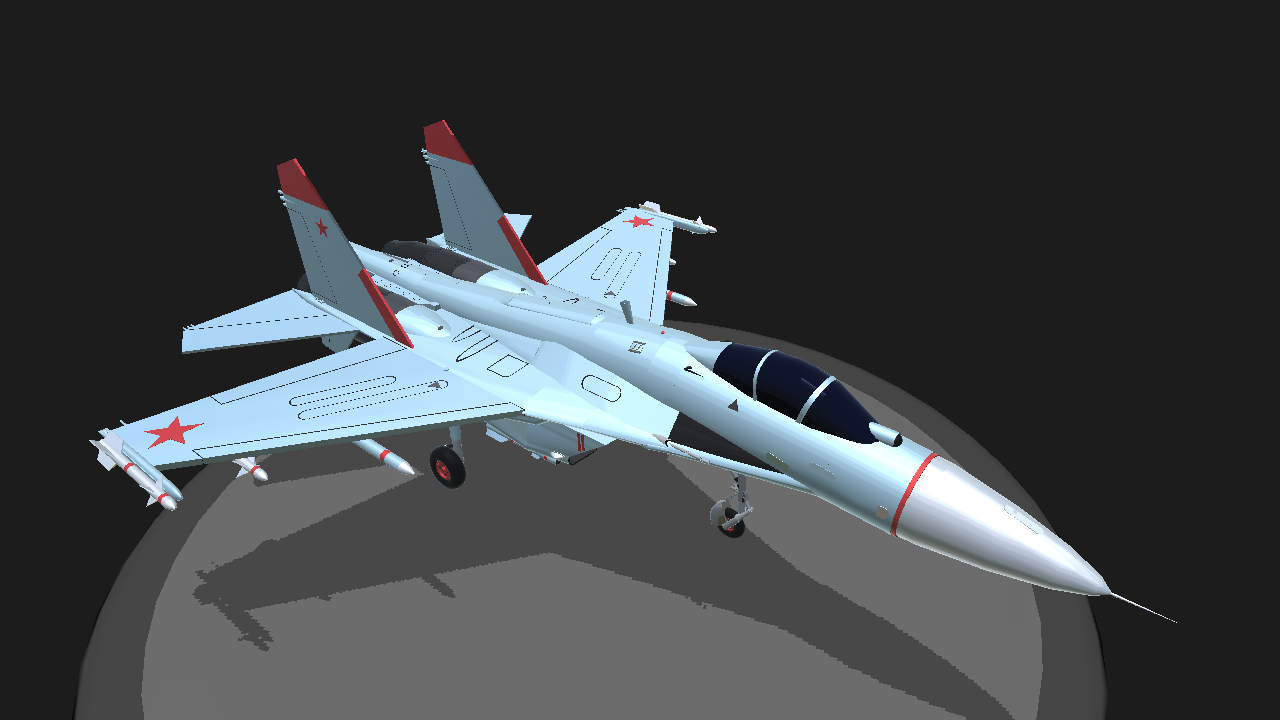 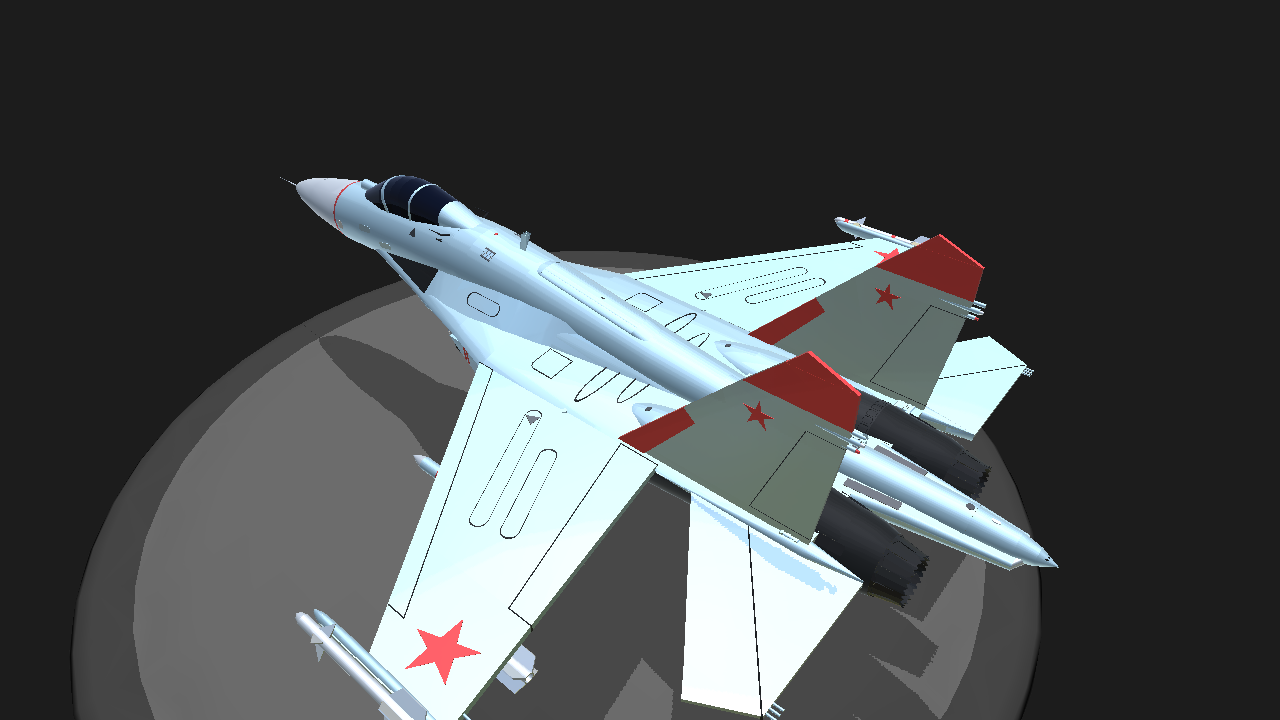 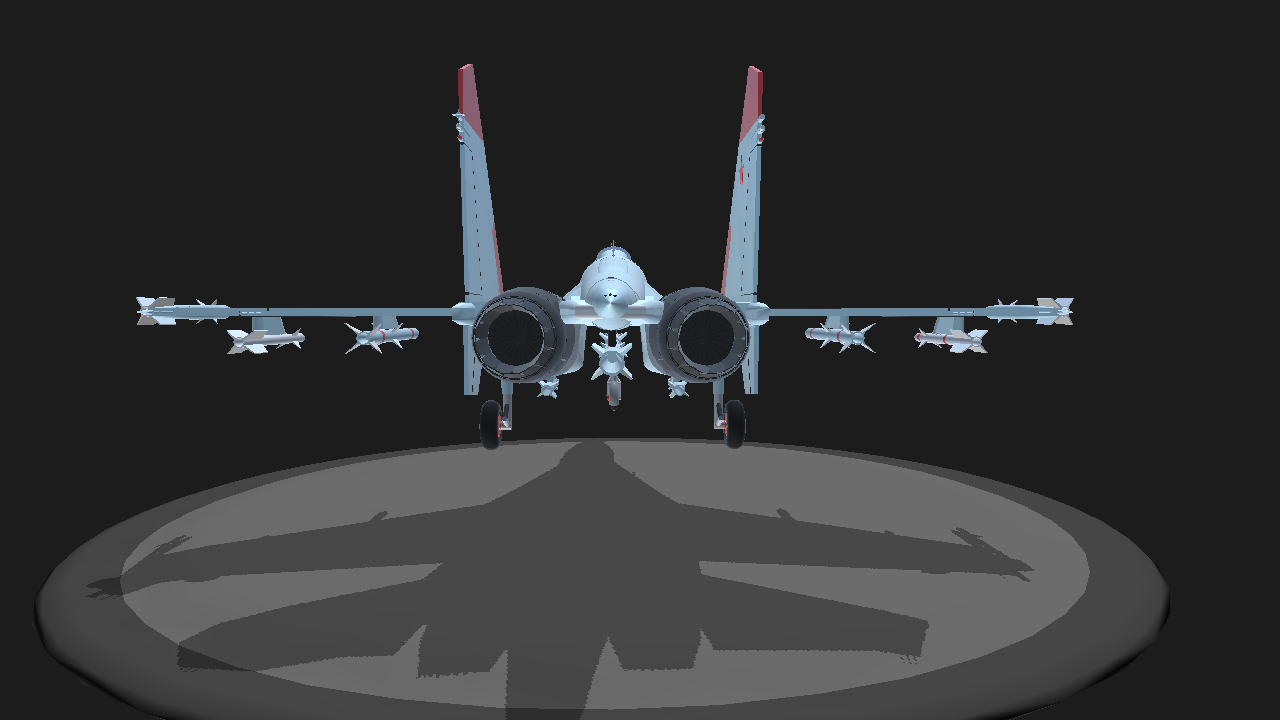 Hey everyone! This is a collaboration between me @Taplanes and me... I don't really know what happened to TA but he hasn't talked to me or touched the plane since he uploaded his version so I decided to just finish the project...

But i want to give a massive thanks to @TAplanes! He has truly mastered this game and his profile is one of the best! Please check him out!

Anyways, hope you enjoy this plane!

Note: use the break

History:
The Sukhoi Su-27 (Russian: ????? ??-27) (NATO reporting name: Flanker) is a twin-engine supermaneuverable fighter aircraft designed by Sukhoi. It was intended as a direct competitor for the large United States fourth-generation fighters such as the Grumman F-14 Tomcat and F-15 Eagle, with 3,530-kilometre (1,910 nmi) range, heavy aircraft ordnance, sophisticated avionics and high maneuverability. The Su-27 was designed for air superiority missions, and subsequent variants are able to perform almost all aerial warfare operations. It was designed with the Mikoyan MiG-29 as its complement.
The Su-27 entered service with the Soviet Air Forces in 1985. The primary role was long range air defence against American SAC B-1B and B-52G/Hbombers, protecting the Soviet coast from aircraft carriers and flying long range fighter escort for Soviet heavy bombers such as the Tu-95 "Bear", Tu-22M "Backfire" and Tu-160 "Blackjack"
There are several related developments of the Su-27 design. The Su-30 is a two-seat, dual-role fighter for all-weather, air-to-air and air-to-surface deep interdiction missions. The Su-33 'Flanker-D' is a naval fleet defense interceptor for use on aircraft carriers. Further versions include the side-by-side two-seat Su-34 'Fullback' strike/fighter-bomber variant, and the Su-35 'Flanker-E' improved air superiority and multi-role fighter. The Shenyang J-11 is a Chinese licence-built version of the Su-27. 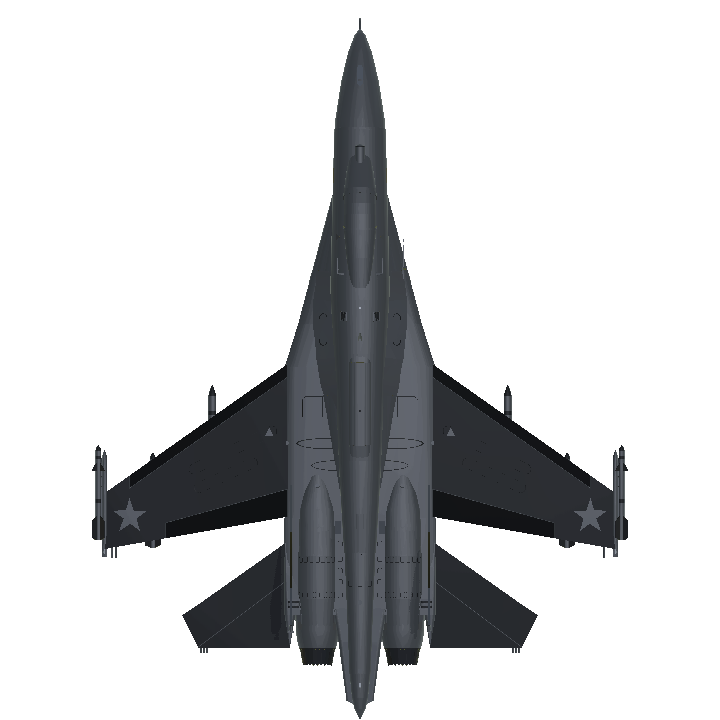 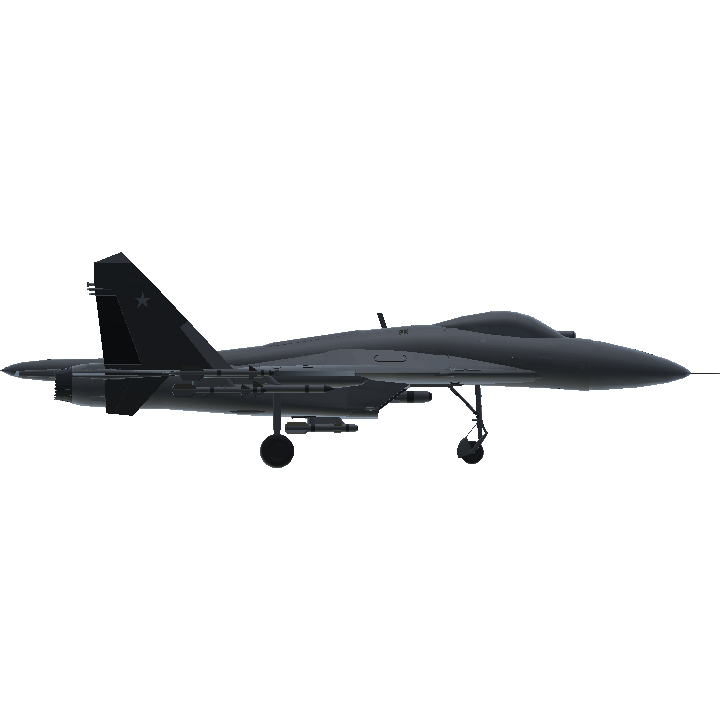 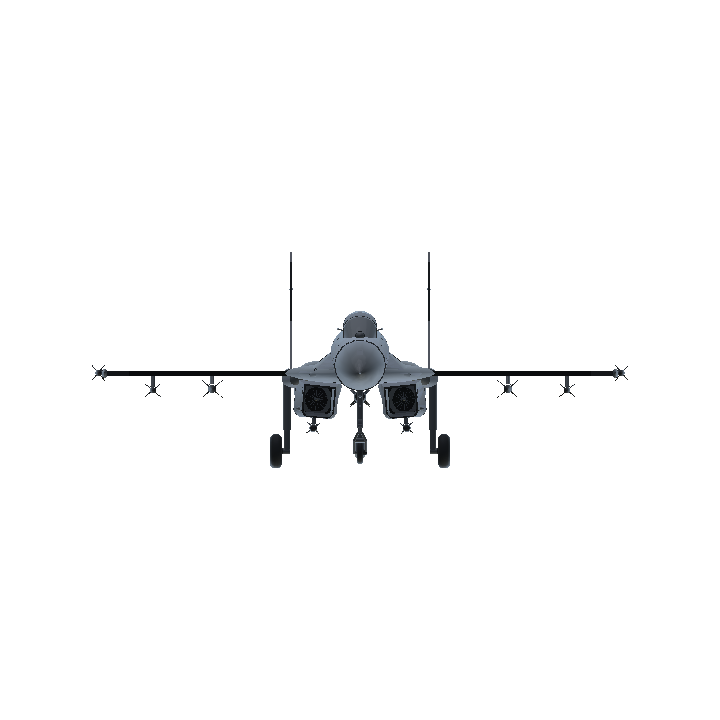