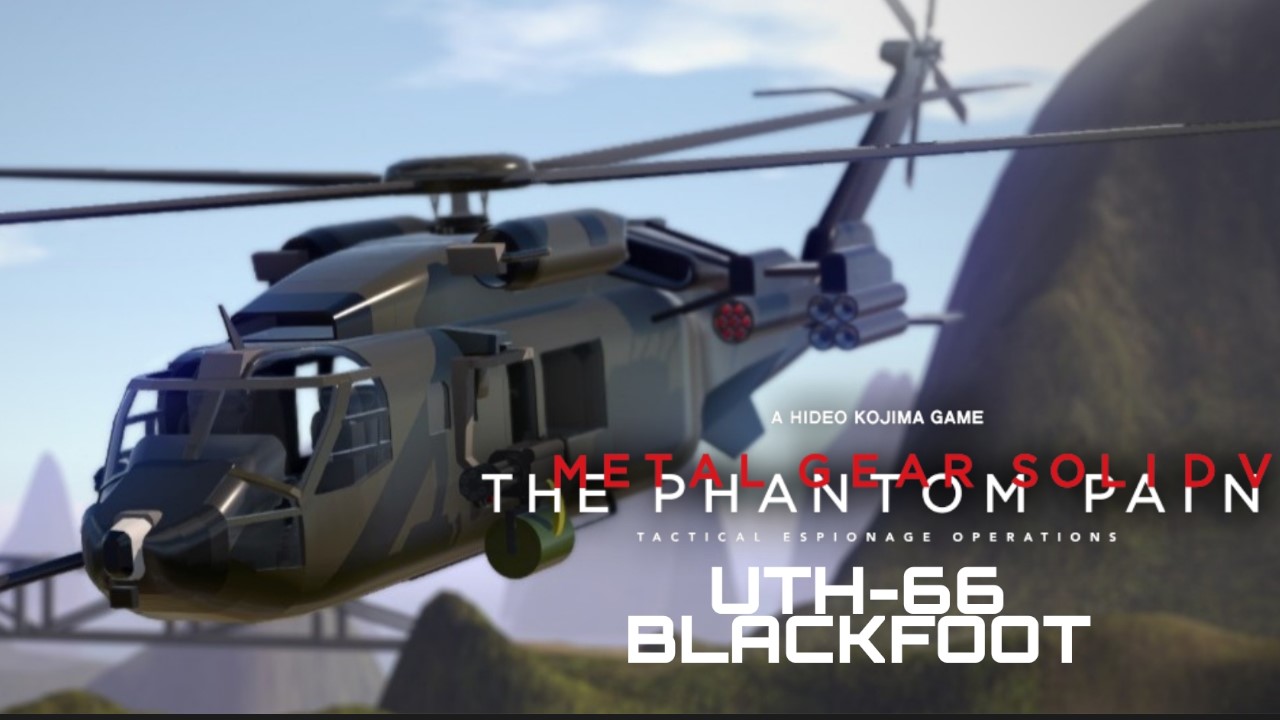 "General purpose tactical Helicopter. A prototype for next generation design. A quadruple engines are still in development, but the armaments installed on the stub wings can be upgraded. This helicopter is uniquely equipped with a Fulton recovery arms."
According to display

The Blackfoot was a prototype next-generation general-purpose medium-lift tactical helicopter used mostly to ferry troops and supplies from place to place. The helicopter could also be outfitted, as the Diamond Dogs and other PMCs of the era sometimes did, with an in-flight refueling probe, two miniguns on the side doors, and pylons for attaching weapons. Diamond Dogs also outfitted one of theirs to be Venom Snake's personal aerial command center for use when away from Mother Base, which also included a weapons rack.

The different factions that used the helicopter painted it different colors. The Marines painted theirs a Naval Gray, XOF painted theirs black, and Diamond Dogs would paint most of theirs olive drab, with one, callsign "Pequod", being painted in whichever color or camouflage pattern seen fit by Venom Snake. The variant used by Diamond Dogs' quadruple engine was still under development, although its armament was functional and could be upgraded. In addition, similar to MSF's helicopters, it was equipped with a Fulton recovery arm. It was also very costly to maintain, as stated by Miller when attempting to stop Ocelot from having Quiet shoot at the moving rotor blades out of fear that she'll damage them. Costs to upgrade it were 60000 GMP for the first upgrade for the chopper as a whole, 160000 GMP for the second upgrade for the chopper as a whole, and 20000 GMP for upgrading the chopper's speaker system.

The helicopter was first seen being used in the mid 1970s, being used by the Marines and XOF.
According to Fandom Wiki

The UTH-66 Blackfoot is a fictional helicopter that appears alongside the Krokodil in Metal Gear Solid V: Ground Zeroes, as part of the trend of fictional military equipment and vehicles started with that game, as opposed to the mostly real life vehicles seen in previous games. It was first identified in a stream for Metal Gear Solid V: The Phantom Pain. The helicopter is mostly based on the Sikorsky H-60/S-70 line of utility helicopters that is in present service with many countries around the world, with notable changes being a more angular nose section, retractable landing gear, quad engines and a tail boom reminiscent of a CH-53.

Note to the rotor blades

iBee: Thanks for took the Screenshot
All images in MGS version

I make his wish into reality

Thanks for Upvote and commenting 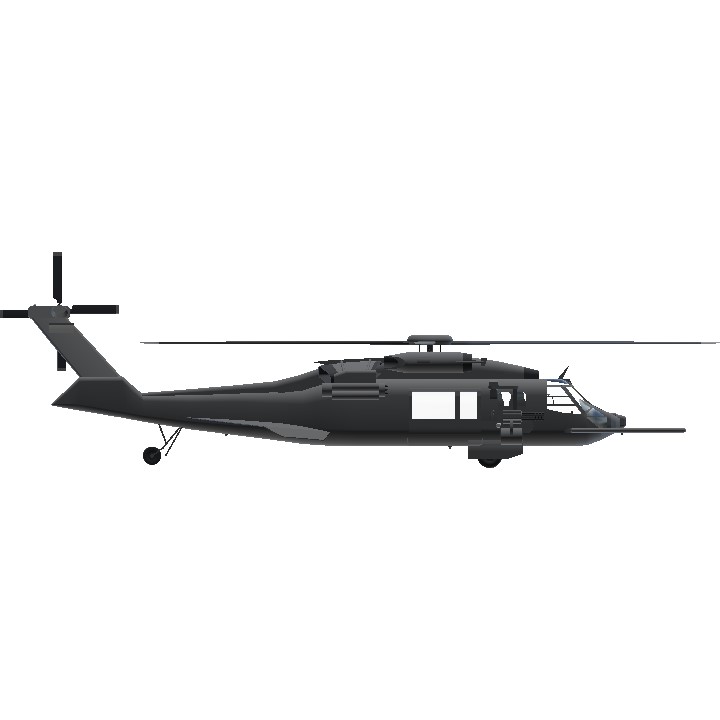 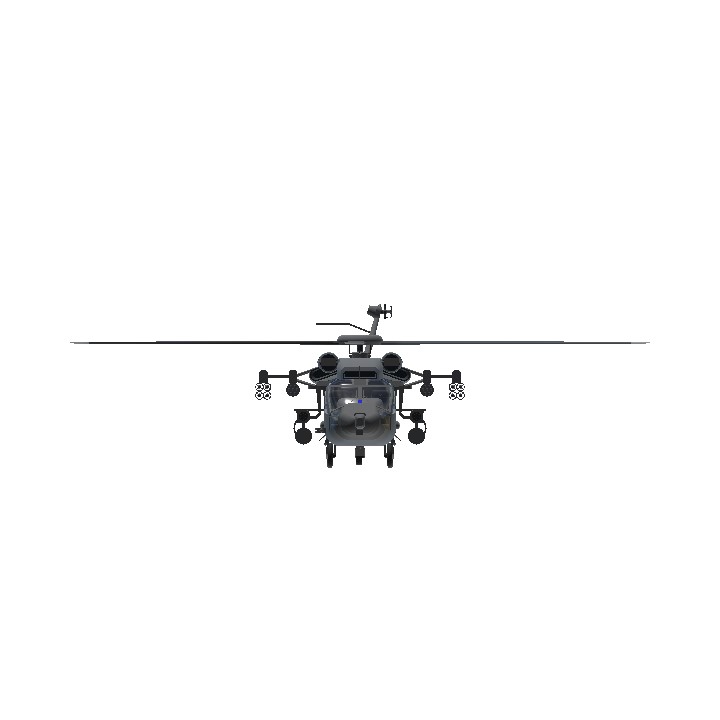