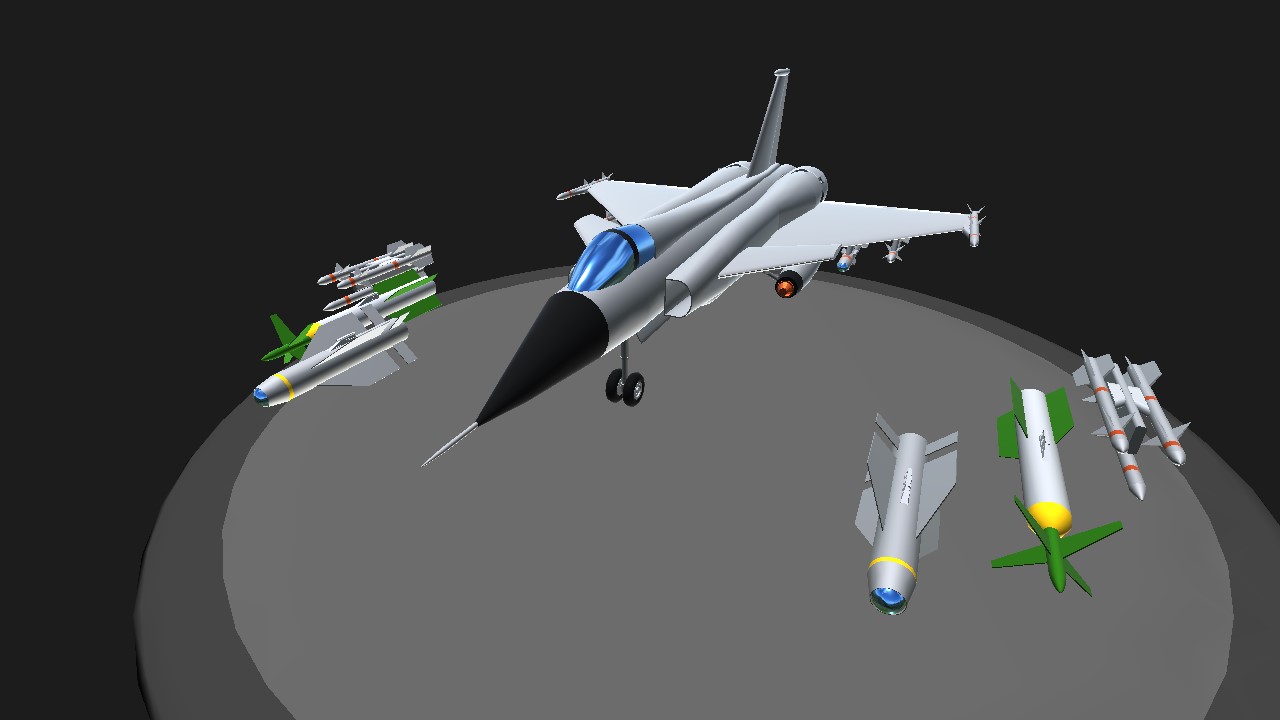 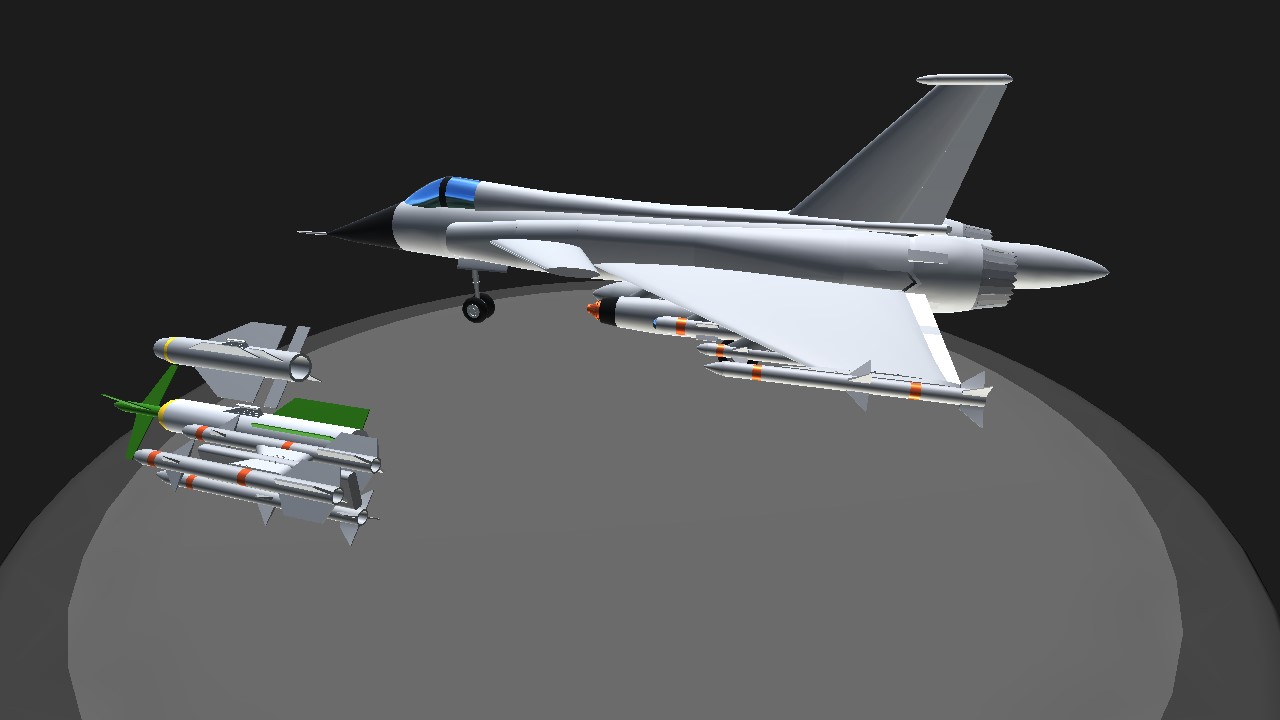 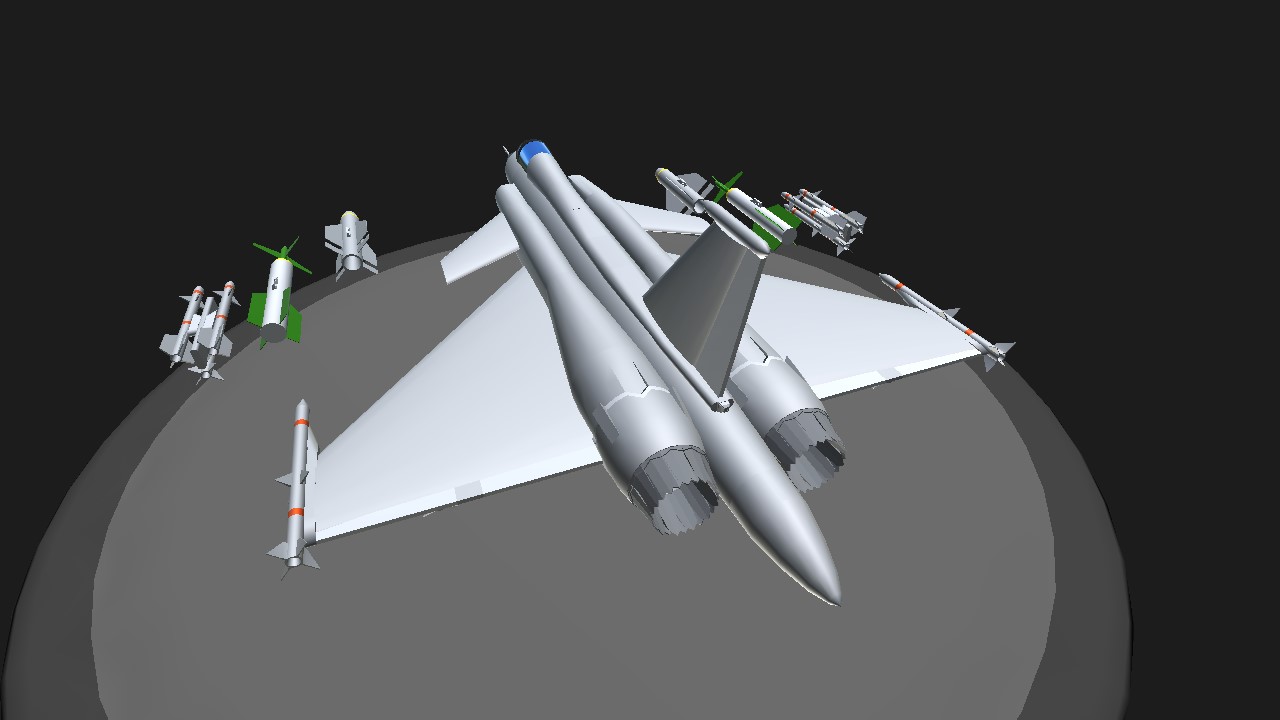 Weapons that has not loaded:
•AGM-65
•PB-15
•Rack for 3 missiles
To place these weapons is easy, you just have to replace the loaded weapons with these weapons. Make sure you take the detacher part when trying to install it on the plane 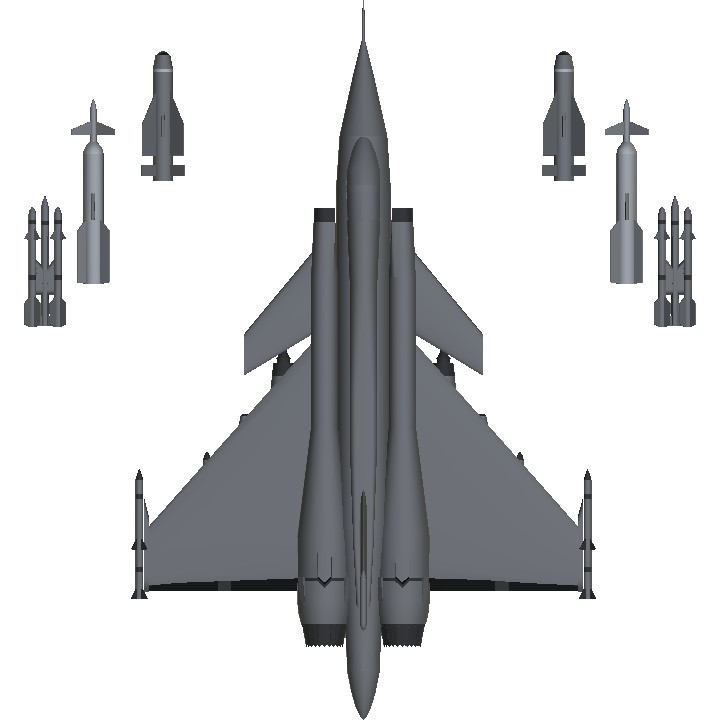 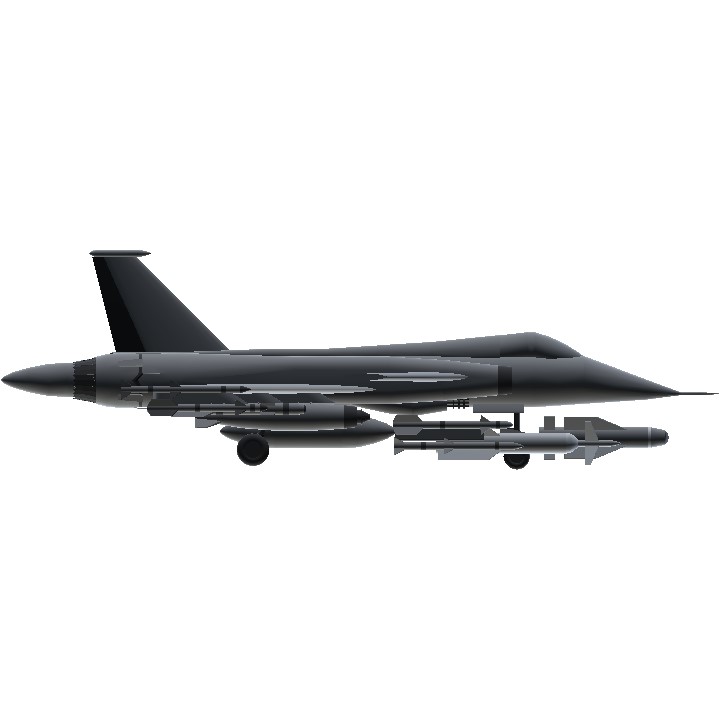 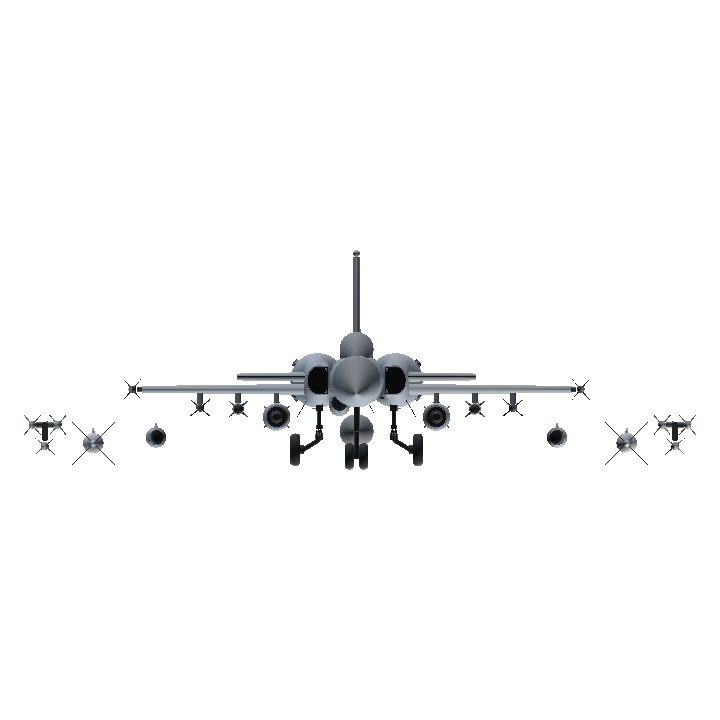