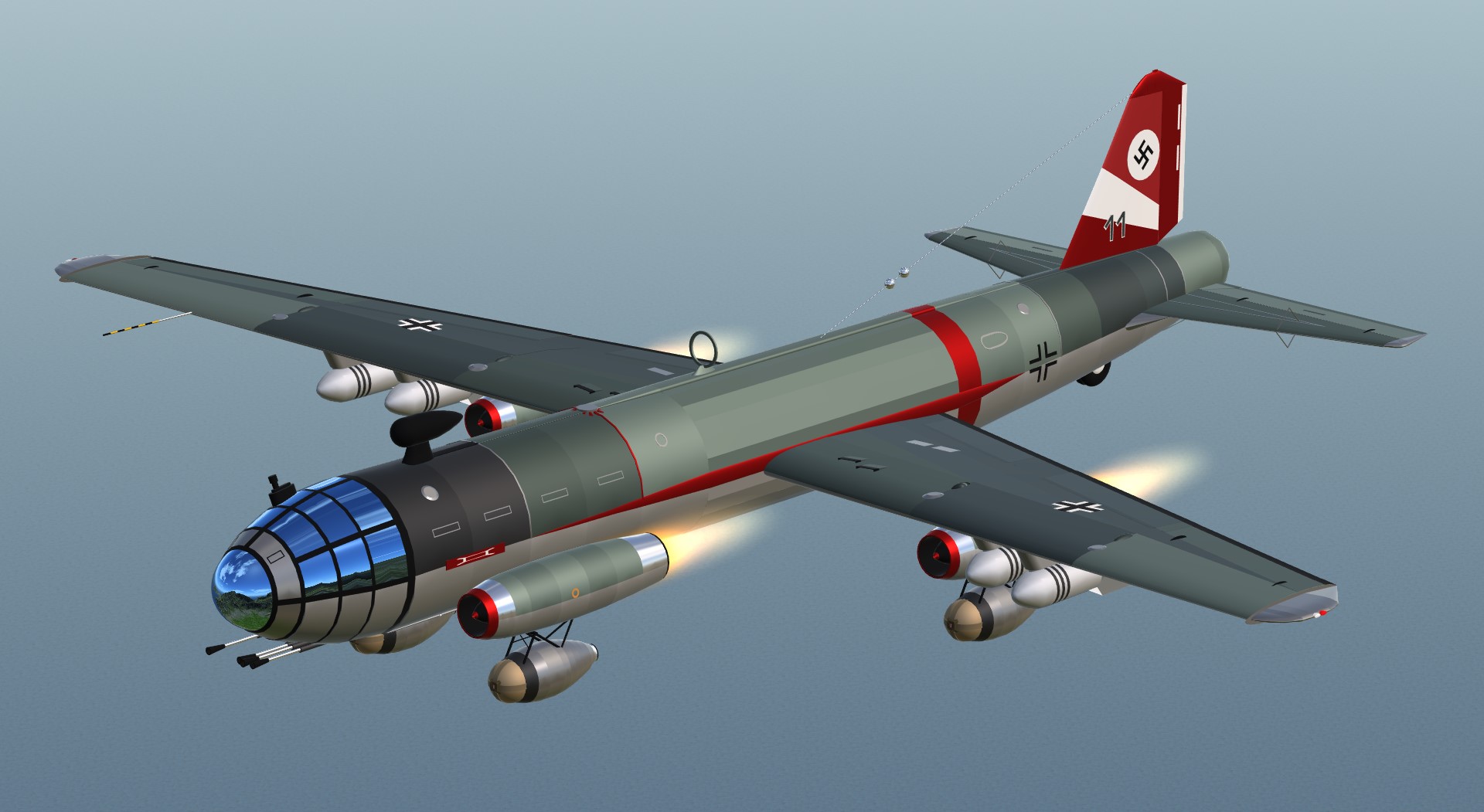 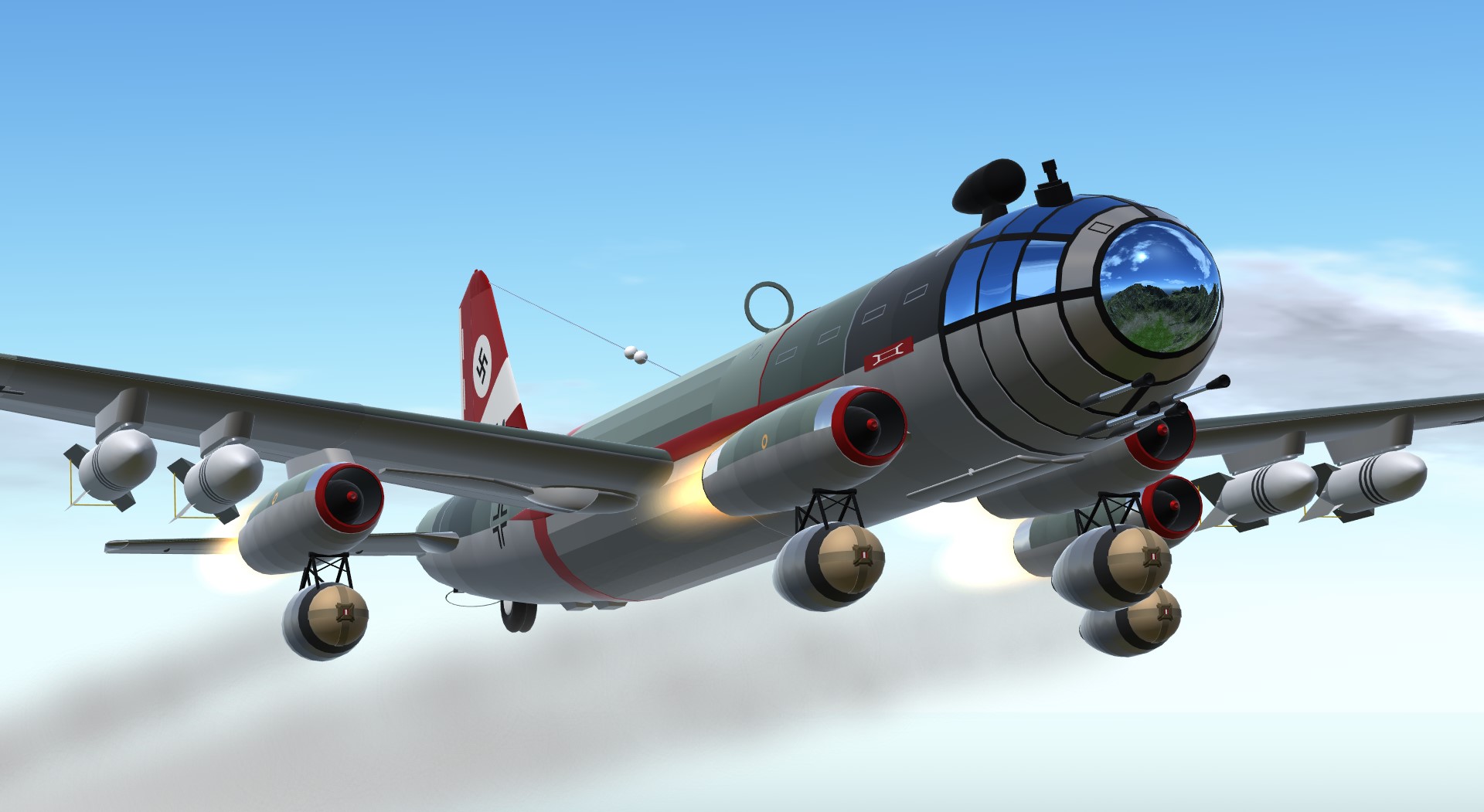 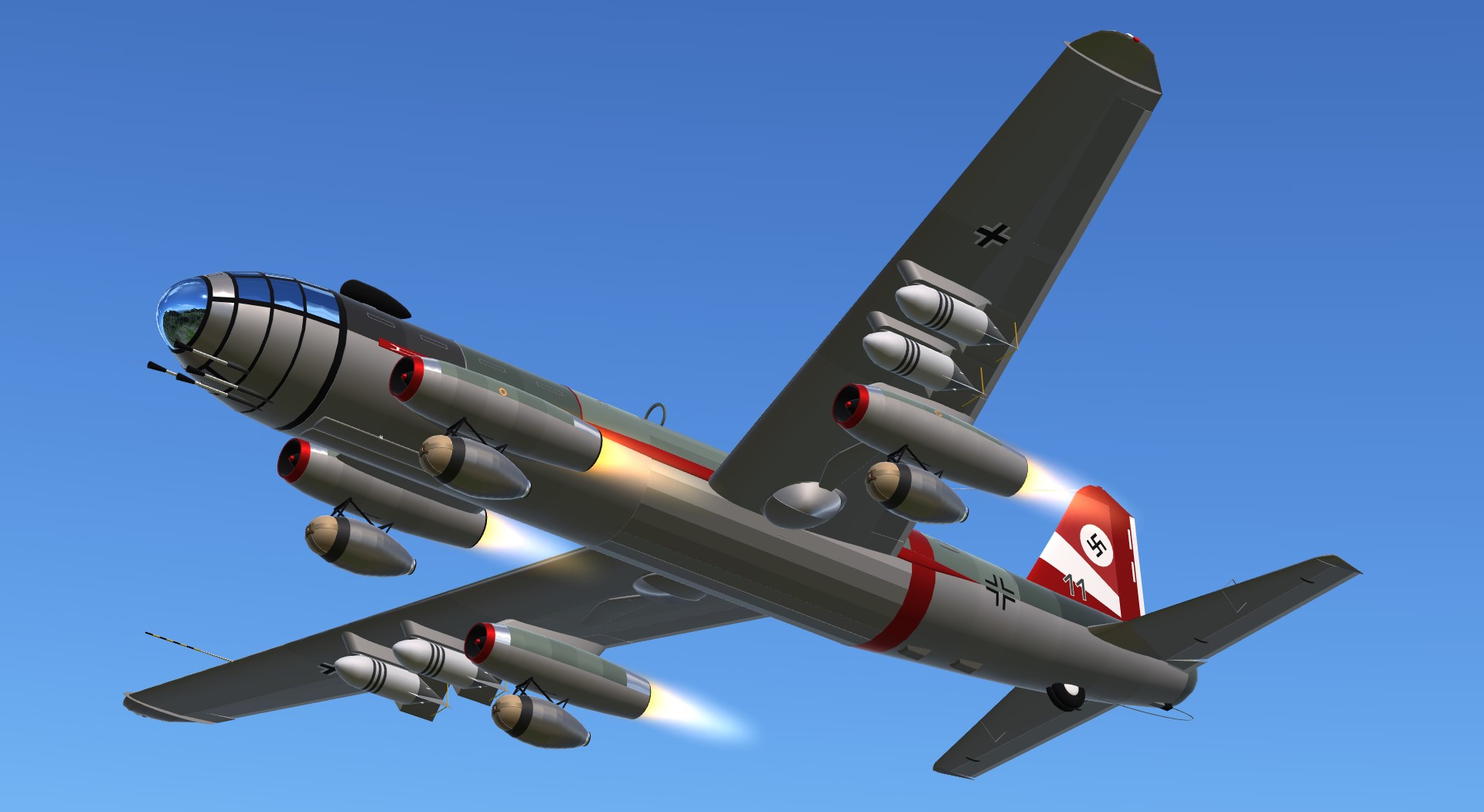 History
Towards the end of the war, Germany decides to create the definitive jet bomber to attack the enemy forcefully and regain the initiative. The inverted-wing Junkers Ju-287, in its Y2 version, is capable of deploying the German atomic bomb, the well-known "Uranbombe Type-III". In addition, the aircraft is equipped with four SC-500 bombs for tactical bombardment and four rapid guns for the dive attack. This aircraft uses four Junkers Jumo 012 turbojets, with high fuel consumption. For this reason, in addition to its maximum take-off weight, the engineers decided to incorporate a JATO Walter HWK-500 propulsion system that facilitates take-off, the ascent of the plane or the escape of enemy fighter squadrons. The project could not be completed in time like the bomb. The only available copy of this version was captured by the allied army.

About JATO rockets
JATO rockets can be used to facilitate takeoff, climb to high levels, or to escape enemy fighters. Once they are activated they give a constant propulsion for a few seconds, until they automatically come off with their parachute.

About Uranbombe type III
The Uranbombe type III was an atomic bomb project that did not materialize in reality, and which has been chosen to form the special weapons of this aircraft. Before firing the bomb, it is recommended to open the bombs bay and fly at a height between 6000 and 7000 feet. By meeting these requirements, you can shoot safely. The bomb has a timer to explode at a certain height and spread destruction.

About secondary weapons
Although the original plane had fewer weapons, in this version I wanted to provide cannons and some bombs to practice the dive attack.

Junkers in the twilight

Junkers Ju-287 on the ground 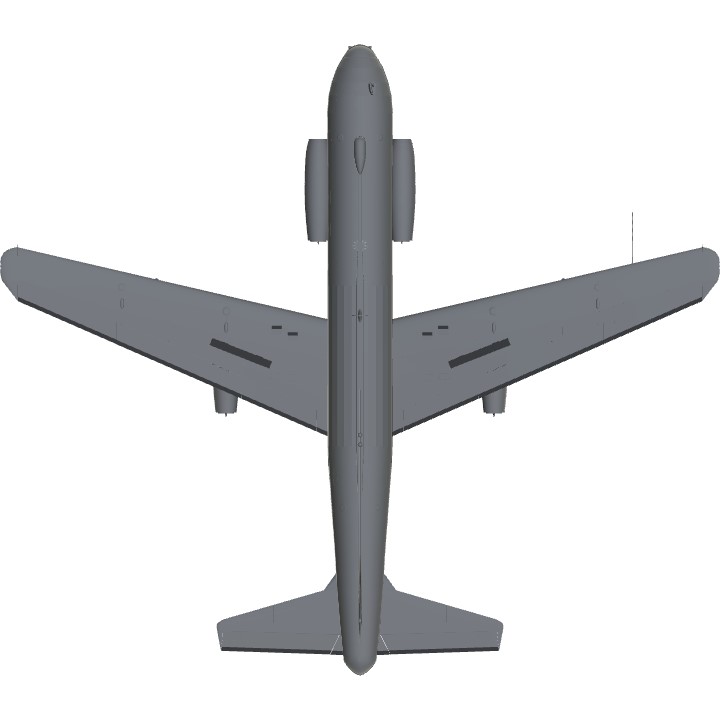 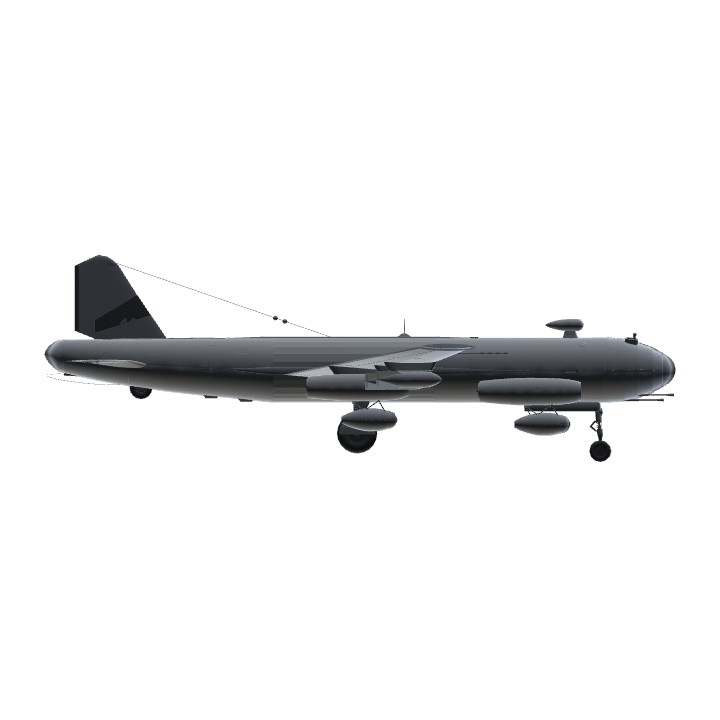 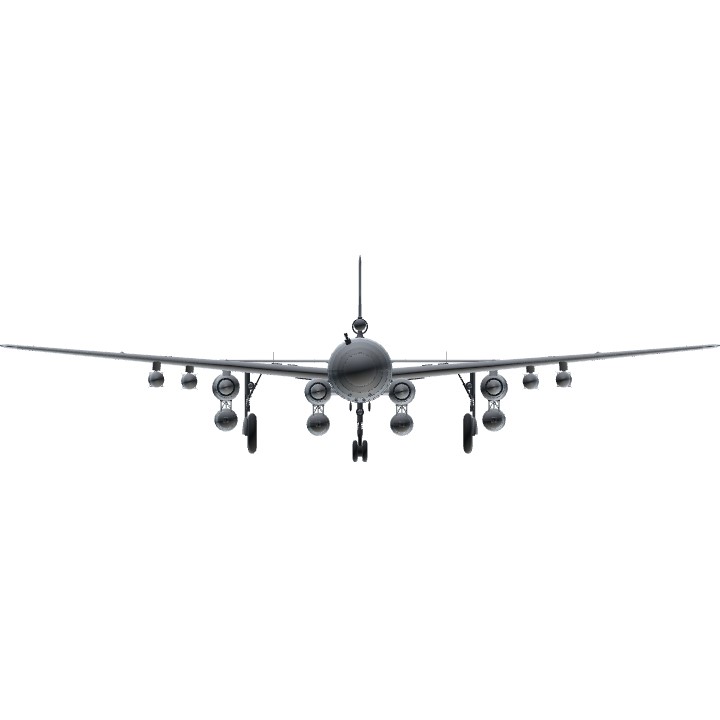