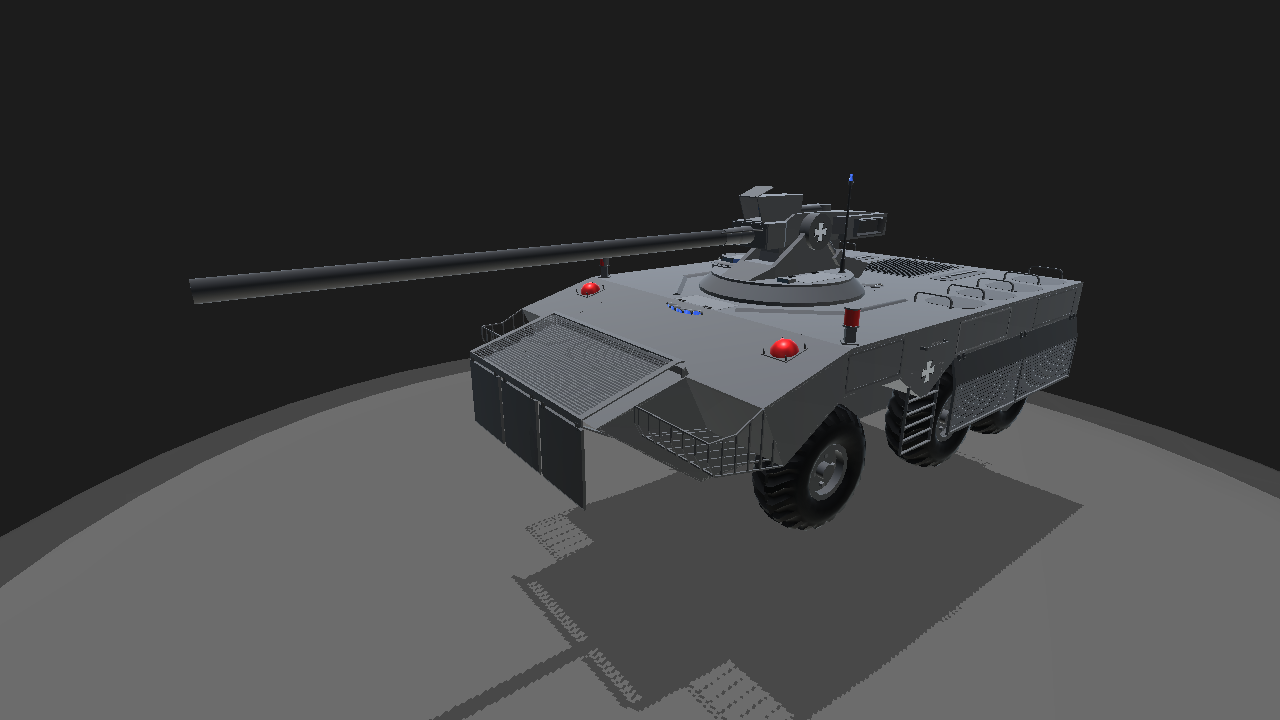 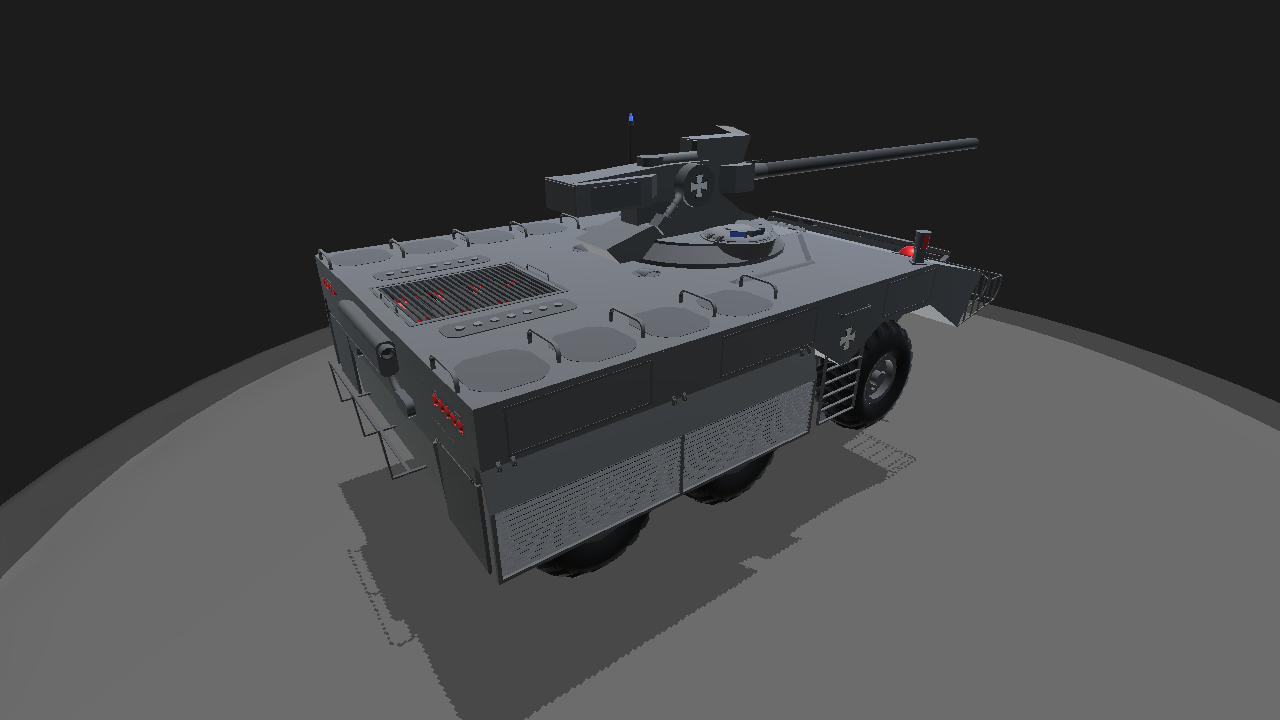 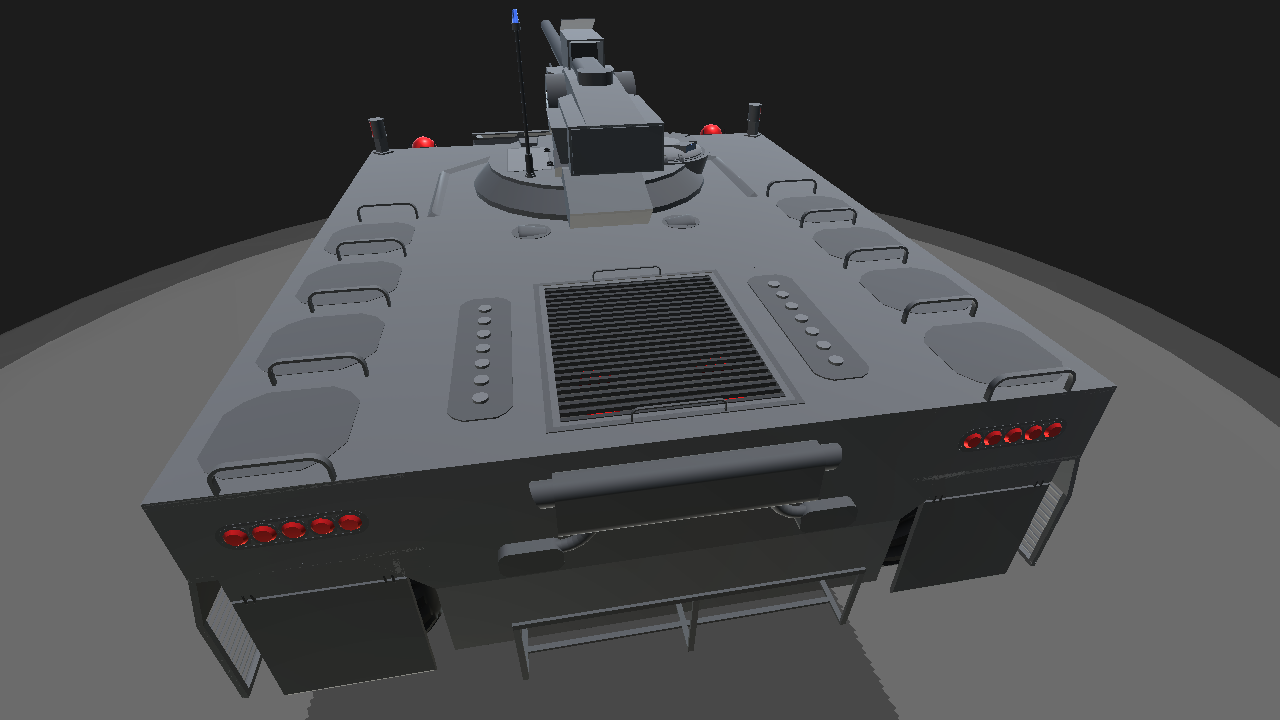 Turret
A new type of turret was designed specifically for this hull, after the initial and more traditional turret was proven to not offer much improvement when compared to the competing Žaneta 3.
It was decided for a more remote-control type of turret to be used for this hull to take advantage of hull down positions, which makes the vehicle in general infinitely more survivable.
The Rheinmetall 128mm smoothbore was brought over from the late Žaneta 2 models and mounted into an oscillating compartment above the vehicle, the reloading and firing sequences controlled remotely by crew in the hull while spent casings are ejected out the rear left side of the turret. Ammo is fed into the gun from below by a elevator.
The commander and gunner are situated to the flanks of the gun and mounting, only their heads above the roof of the vehicle inside the turret. Because of the unusual turret design, the crew is primarily dependent on electric optics and cameras, though do have more traditional optics to resort to if needed.
The commander has access to a variety of thermal, infrared, and traditional optics to operate the vehicle, as well as the gunner too.

Hull
The hull of the vehicle was designed mostly to be a smaller version of the Žaneta 2, the at-the-time most recent version of the Žaneta series.
Because of the reduction in size, the wheel bsse was reduced from 8 to 6, though weight distribution issues was calculated to not be much an issue due to the lighter chassis and turret.
Armor wasn't found to drastically change from the Žaneta, if not increased slightly. The crew compartment is encased in double layered RHA spaced armor on the sides, and frontally theres 500mm of RHA, ceramic screens, and air to protect from Sabot and Shaped charge shells, as well as frontal assaults from autocannon fire.
Due to the gun mounted and the light weight, the base had to be designed larger than intended to compensate for the recoil of the high velocity and pressure gun. While this does make it equivalent width to most modern main battle tanks, it has a lower hull profile than them.
The engine compartment is where yhe engine, transmission, and fuel tanks are stored, seperated by a armor panel from the crew compartment. A thick door is in the center of the panel to allow quick access to the engine during combat.
Ammo is stored where passengers would sit/above the wheels, seperated from the interior by armored doors that are only opened when the 3-round ready rack is expended.

Versatility
The P.063a is designed specifically to engage enemies from long range positions hulled down, or from unexpected positions due to its fast speed and low profile.
Additionally, it was designed to carry troops externally for quick insertion of ground combatants above the tires, accommodated by the default installation of a short ladder between the front two and four rear tires for soldiers to more easily climb onto the sides of the vehicle. There are four seats installed on each of the rear sides, a combined total of 8. More men can be seated onto the vehicle though, though of course with less comfort.
There are several racks and compartments around the exterior of the vehicle purpose-built for storing cargo and supplies, and attachment points along the vehicle for larger pieces of equipment to be tied down.
While primarily designed as a fast and lightweight tank destroyer, the vehicle carries Canister shot alongside anti-tank ammunition to assist with infantry that's either incoming, or unaware of it's position. APHEDS shells are not loaded into this type of tank due to the circumstances of its use.

Additional Notes
After the advent and use of the first Žaneta 2 TD, the interior of every AFV is coated with 5 to 7 millimeters of rubber to combat spalling. This also has the benefit of somewhat reducing risk of injury from sudden stops or the vehicle suddenly being jolted.
Speaking of rubber, every Ostpreußen vehicle, post and prior this note, has been outfitted with solid rubber wheels that are reinforced with steel wire.
Every armor panel added to the exterior of the vehicle, the skirts specifically, can be removed by crews easily. The two over the rear wheels can be hinged upwards and removed, while the one over the upper front plate and hinged RHA/Ceramic screens can be unbolted to reduce the width and weight of the vehicle. 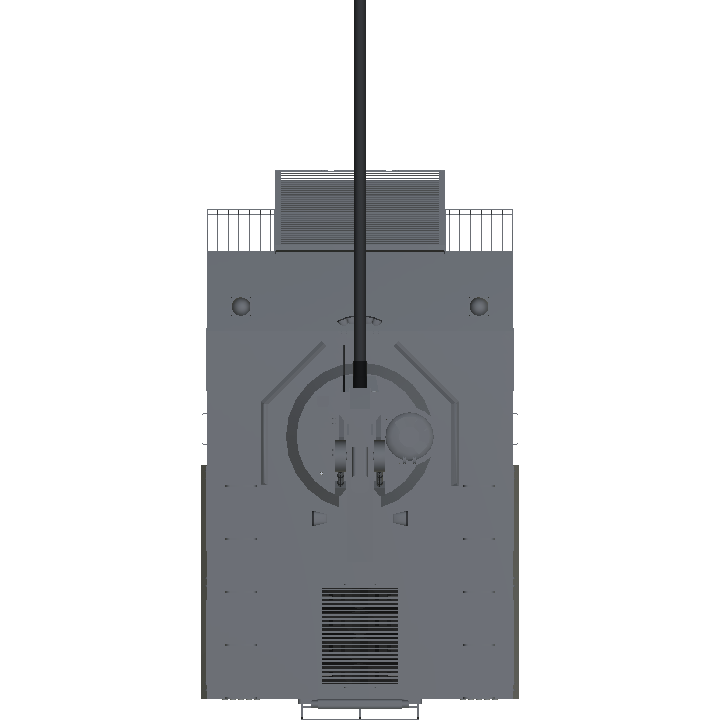 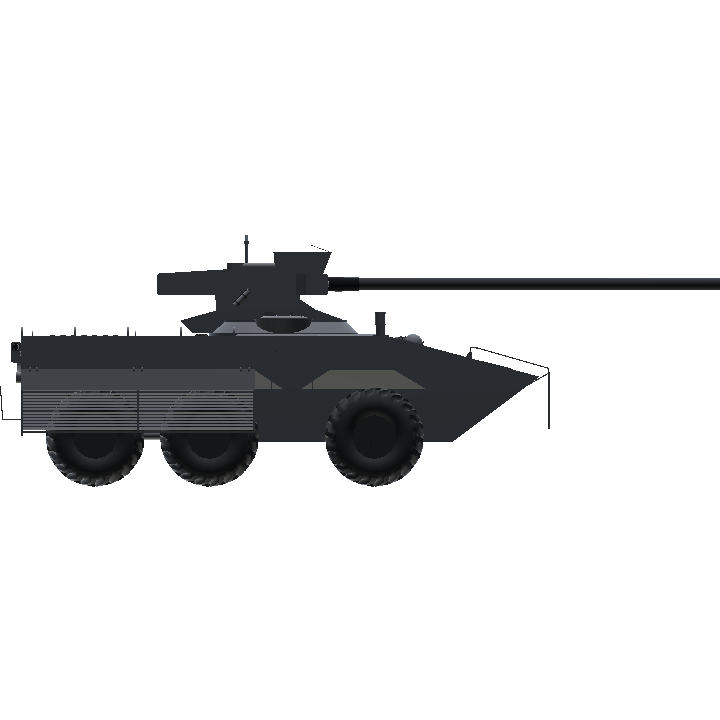 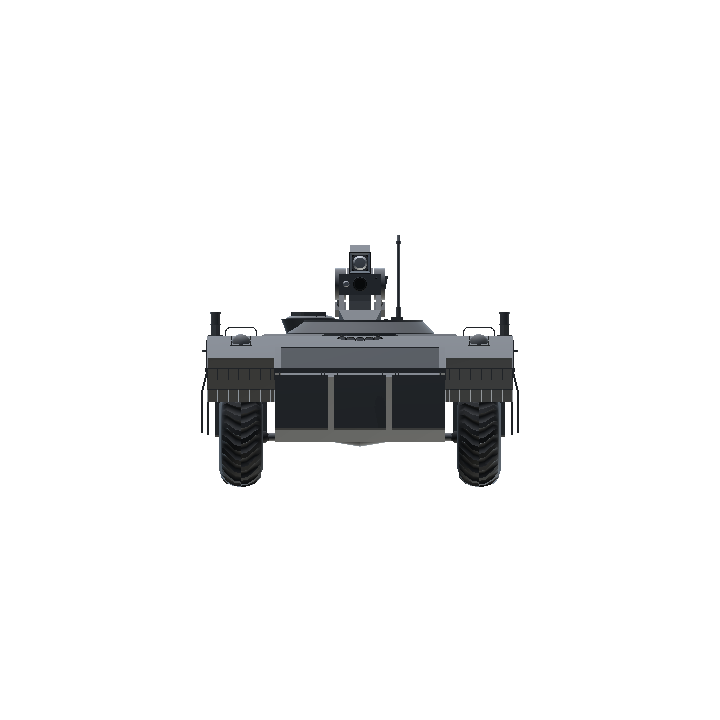