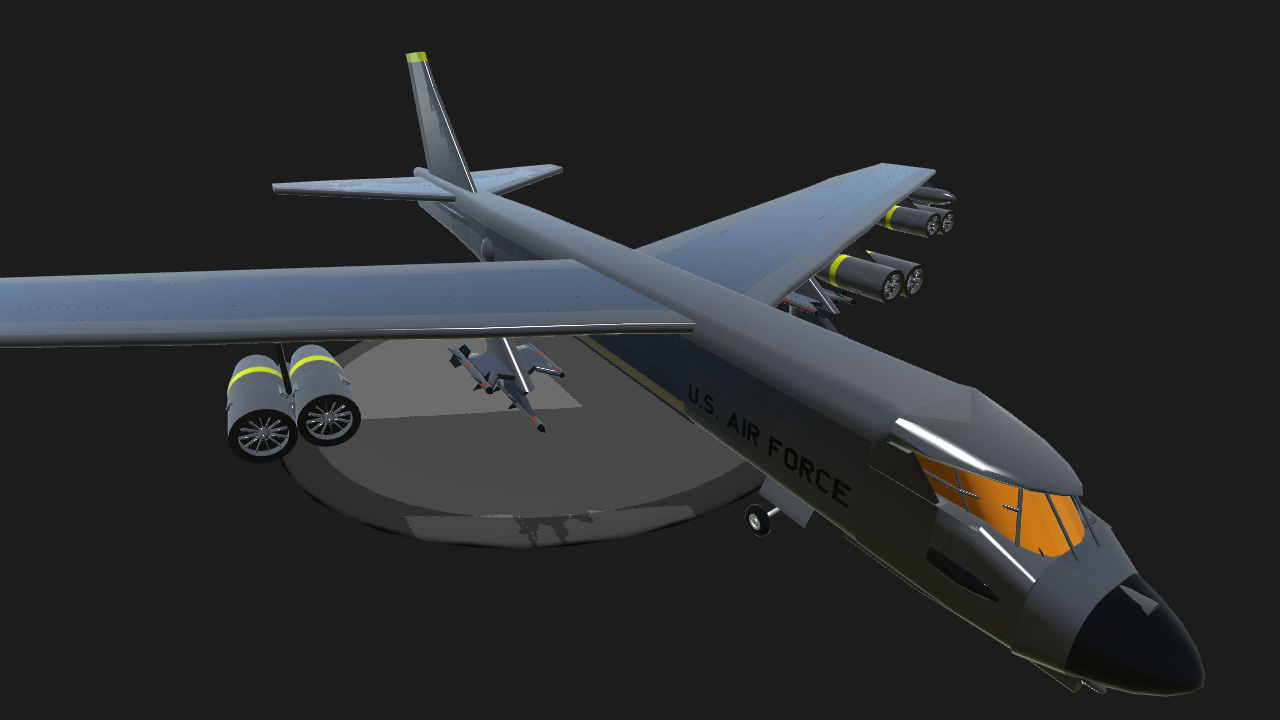 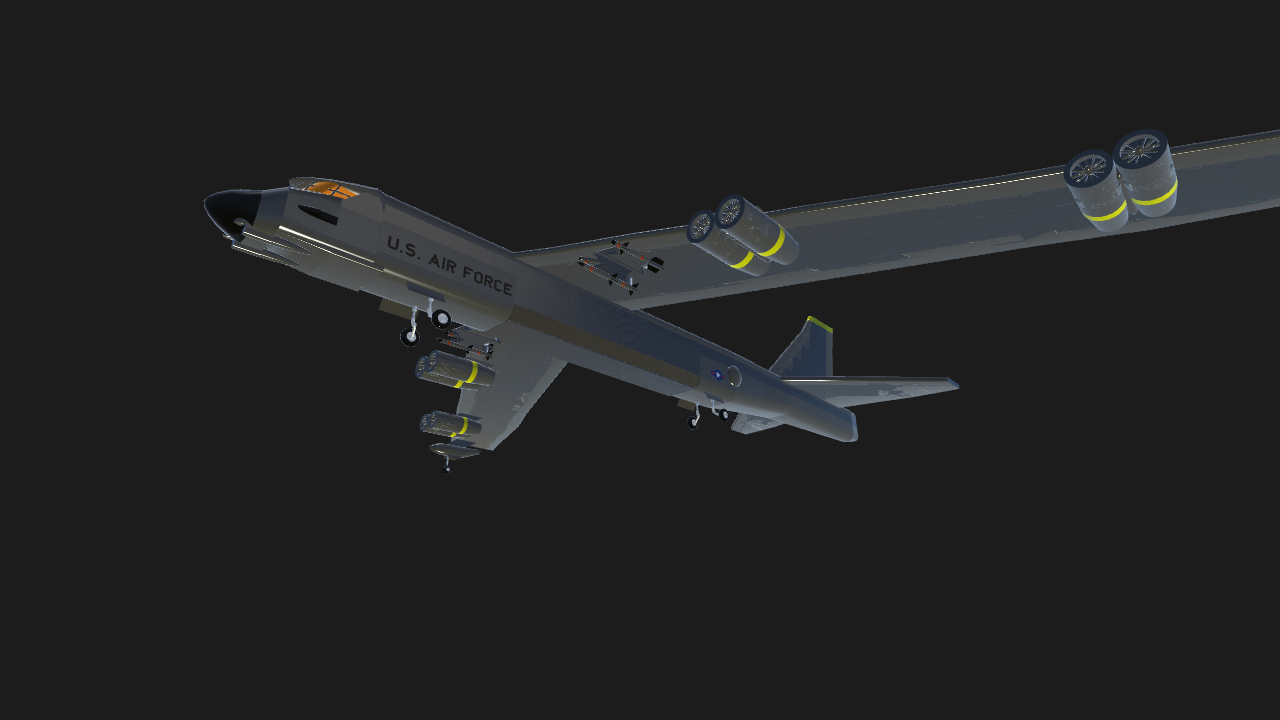 Finally, it has arrived... 1 month work of hard work, dedication, trial and error, mistakes, and successes. It has finally arrived, the long promised prodigal son...

THE B-52 BOMBER STRATOFORTRESS!!!!

FrankieB and I have been working very hard on this plane for the past 1 month, and it's finally here, it feature FrankieB's working cockpit, opening bomb bays that Frankie built, super detailed fuselage and engines that I made, no detail was left out!!! We both looked at many pictures on the internet to make the most realistic B-52 Bomber possible!

We will both upload identical versions of this on each other's pages so, please check out his page for our B-52.

Our steps to completing this plane:
-Finished product
https://www.simpleplanes.com/a/rQX9Nj/Supercraft888-and-FrankieBs-Collab-B-52-Bomber

-the original design (so ugly)
https://www.simpleplanes.com/a/lhlDM6/B52-Bomber-unfinished-cockpit

The Boeing B-52 Stratofortress is a long-range, subsonic, jet-powered strategic bomber. The B-52 was designed and built by Boeing, which has continued to provide support and upgrades. It has been operated by the United States Air Force (USAF) since the 1950s. The bomber is capable of carrying up to 70,000 pounds (32,000 kg) of weapons,[4] and has a typical combat range of more than 8,800 miles (14,080 km) with aerial refueling.[5]

Beginning with the successful contract bid in June 1946, the B-52 design evolved from a straight wing aircraft powered by six turboprop engines to the final prototype YB-52 with eight turbojet engines and swept wings. The B-52 took its maiden flight in April 1952. Built to carry nuclear weapons for Cold War-era deterrence missions, the B-52 Stratofortress replaced the Convair B-36. A veteran of several wars, the B-52 has dropped only conventional munitions in combat. The B-52's official name Stratofortress is rarely used; informally, the aircraft has become commonly referred to as the BUFF (Big Ugly Fat Fucker).[6][Note 1]

The B-52 has been in active service with the USAF since 1955. As of 2012, 85 were in active service with nine in reserve. The bombers flew under the Strategic Air Command (SAC) until it was inactivated in 1992 and its aircraft absorbed into the Air Combat Command (ACC); in 2010 all B-52 Stratofortresses were transferred from the ACC to the new Air Force Global Strike Command (AFGSC). Superior performance at high subsonic speeds and relatively low operating costs have kept the B-52 in service despite the advent of later, more advanced aircraft, including the canceled Mach 3 B-70 Valkyrie, the variable-geometry B-1 Lancer, and the stealth B-2 Spirit. The B-52 completed fifty years of continuous service with its original operator in 2005. After being upgraded between 2013 and 2015, it is expected to serve into the 2040s.[Note 2] 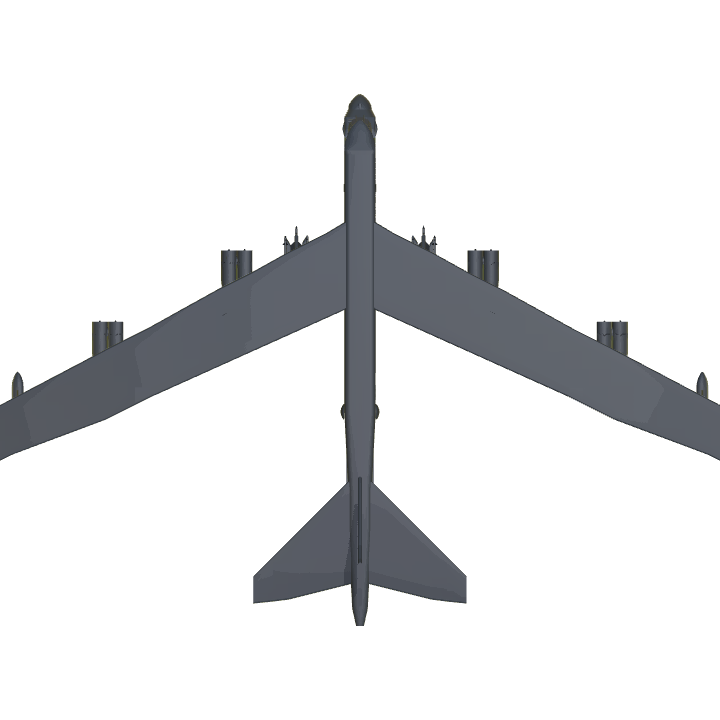 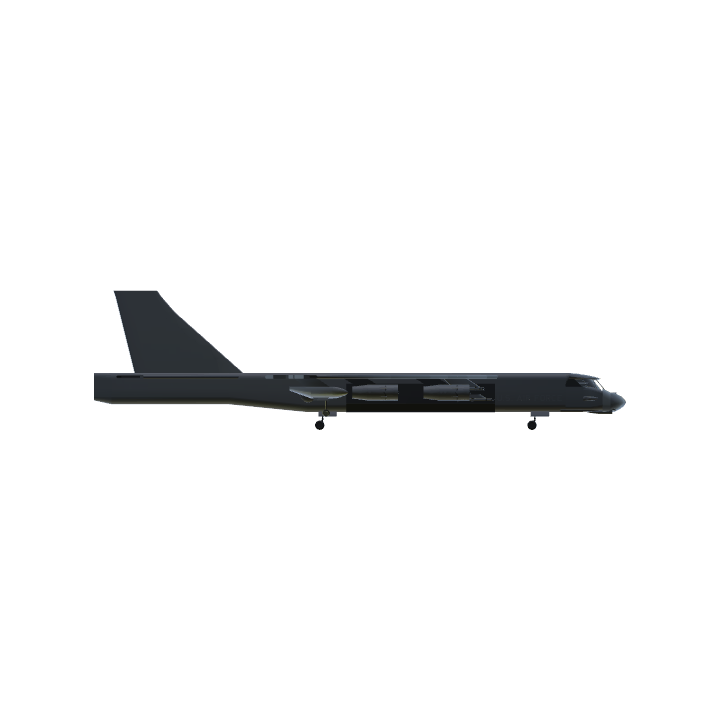 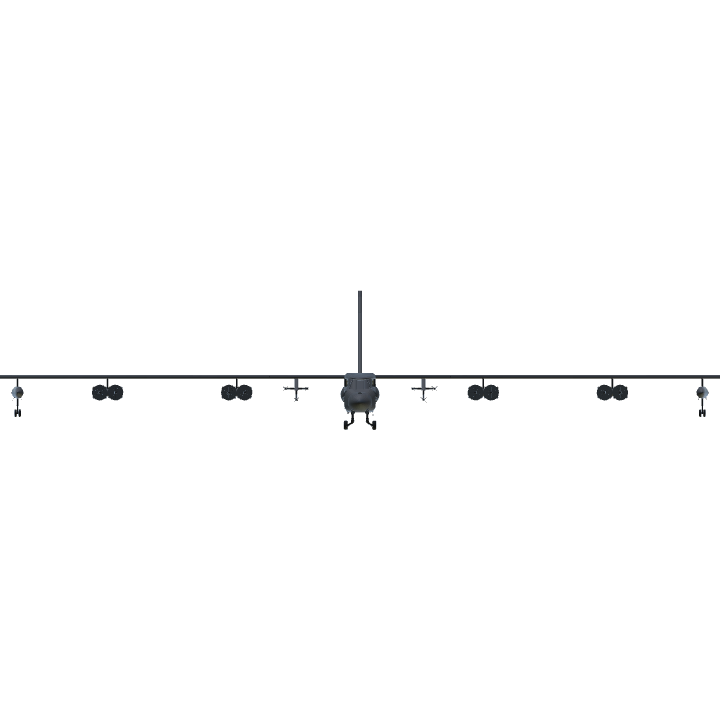