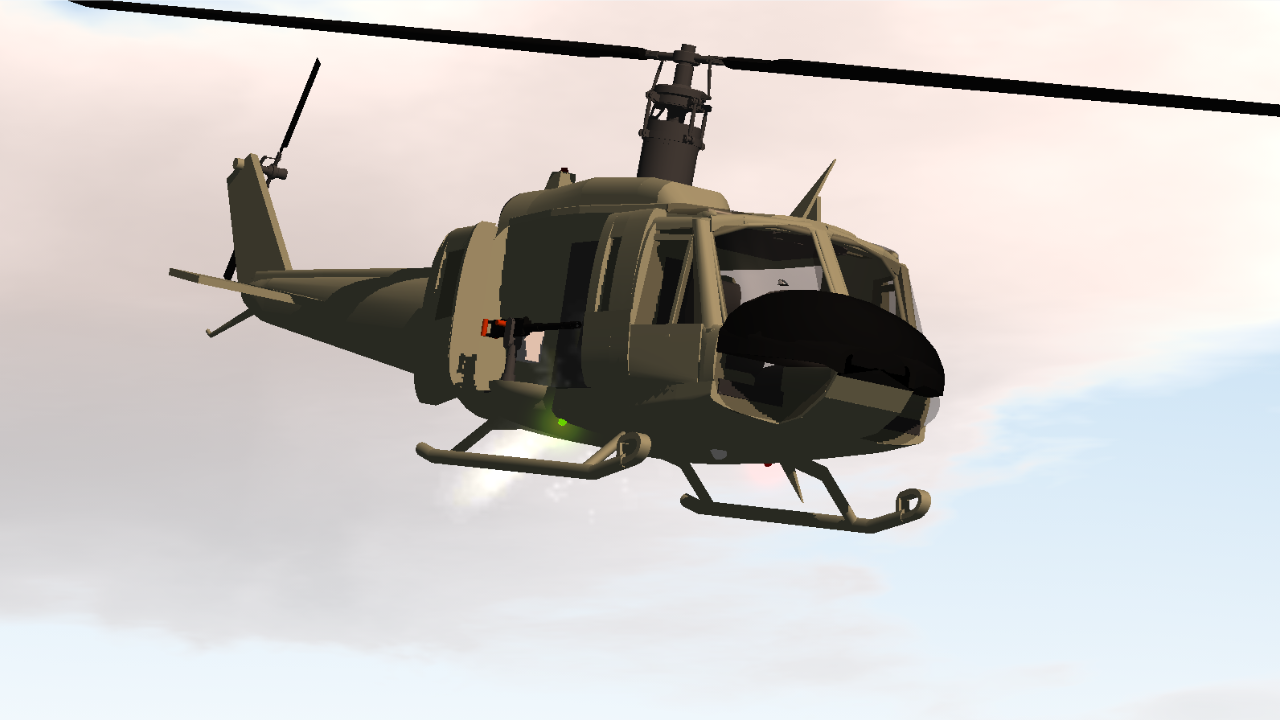 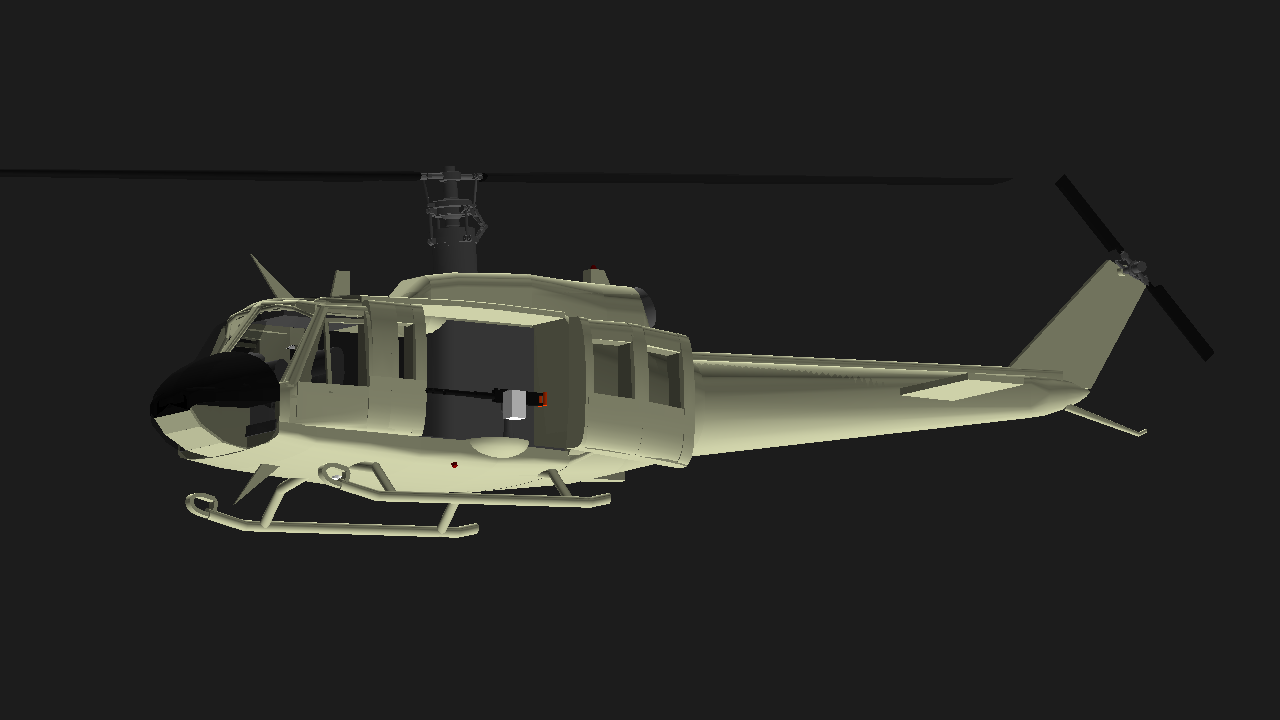 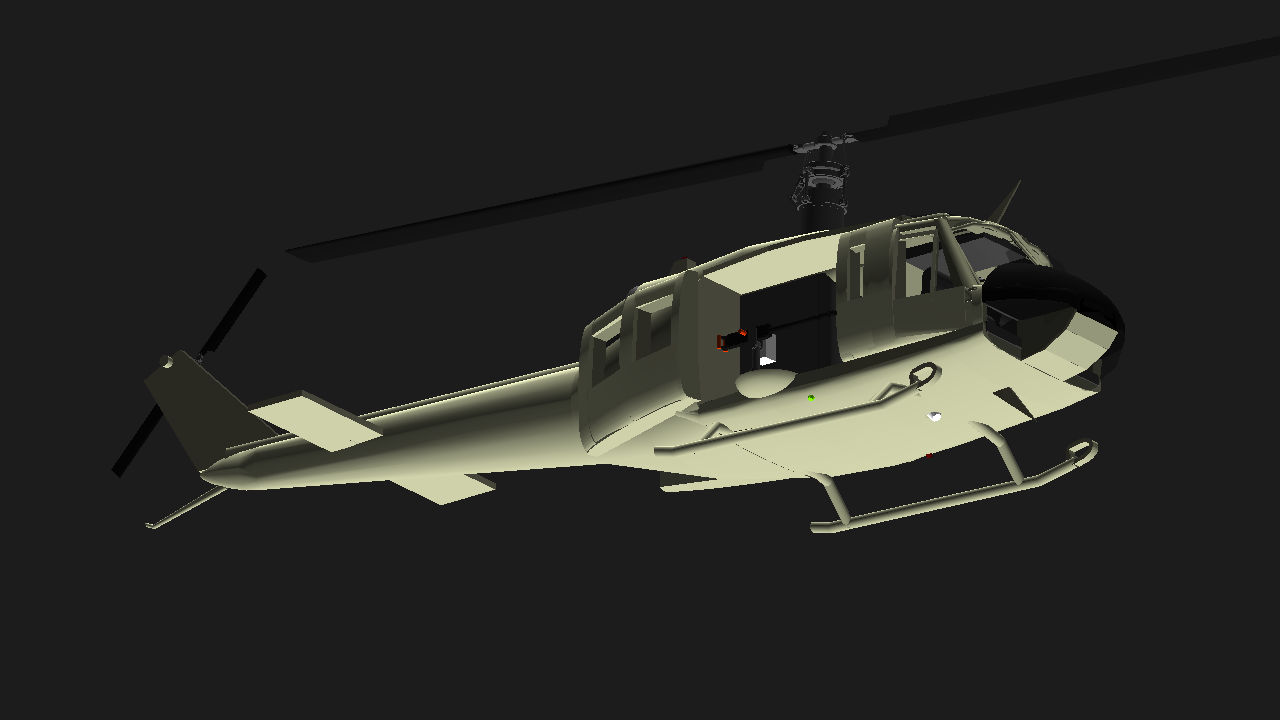 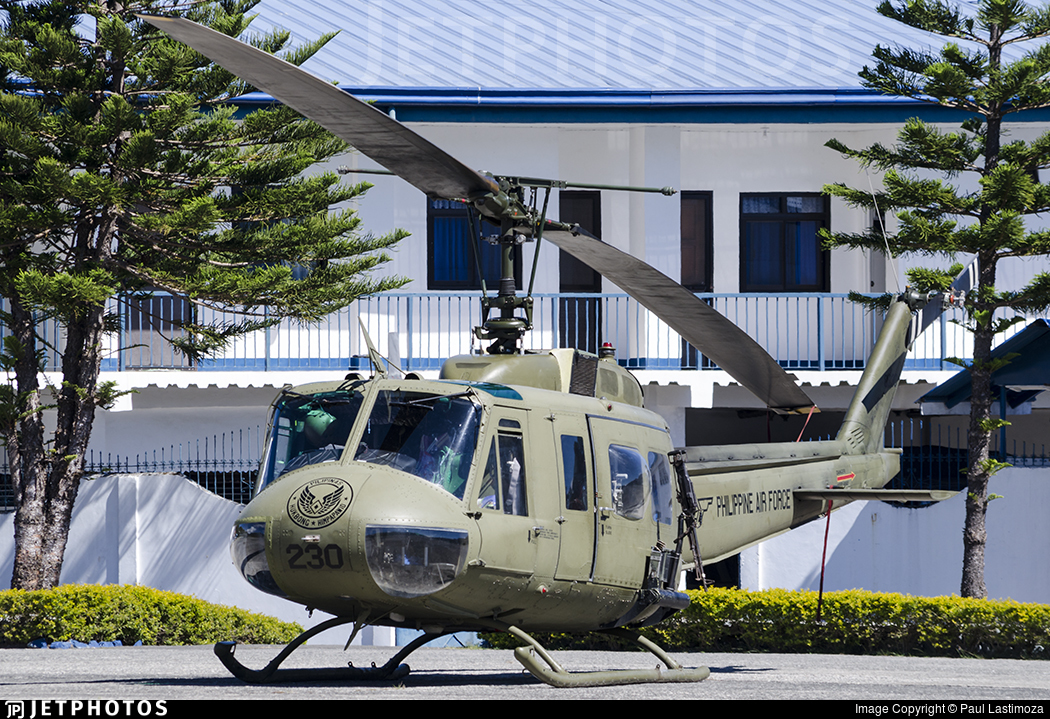 I love the smell of napalm in the mornin

The Bell UH-1 Iroquois (nicknamed "Huey") is a utility military helicopter powered by a single turboshaft engine, with two-bladed main and tail rotors. The first member of the prolific Huey family, it was developed by Bell Helicopter to meet a 1952 US Army requirement for a medical evacuation and utility helicopter, and first flew in 1956. The UH-1 was the first turbine-powered helicopter produced for the United States military, and more than 16,000 have been built since 1960.

The earlier "short-body" Hueys were a success, especially in the gunship role, but lacked the cabin space to be an effective troop transport. The US Army wanted a version that could carry a crew of four (two pilots and two door gunners) and also deliver an infantry section of eight to ten soldiers. Bell's solution was to stretch the UH-1B fuselage by 41 inches (105 cm) and use the extra space to fit two sideways-facing seats on either side of the transmission. This brought the total seating capacity to 15, including crew seats.

The new Huey was designated UH-1D by the US Army and as the Model 205 by Bell. The enlarged cabin could also accommodate six stretchers, double that of the earlier models, making the "Delta" a good MEDEVAC aircraft. In place of the earlier model's sliding side doors with a single window, larger doors were fitted which had two windows, plus a small "hinged panel" with an optional window, providing access to the cabin. The doors and hinged panels were quickly removable and the Huey could be flown in that configuration.

The first Army unit deliveries of the "Delta" model were on 9 August 1963 when the 11th Air Assault Division (Test) at Fort Benning Georgia received two. This unit was renamed the 1st Cavalry Division and deployed to Vietnam with its "Delta" Hueys.

A total of 2,008 UH-1Ds were delivered to the US Army between 1962 and 1966. The model was widely exported and served with the armed forces of Australia and South Vietnam among others. A grand total of 2,561 UH-1Ds were built, including 352 constructed by Dornier for the West German armed forces.

The HH-1D was a base rescue/fire-fighting version for the US Army that had a 50-gallon water and foam spray system that could be discharged via an extendable 16-foot (4.9 m) boom.

Upgrading the UH-1D to the Lycoming T53-L-13 engine, plus relocating the pitot tube from the nose to the roof resulted in a new model, the UH-1H, which was to become the most produced variant of the Huey family. 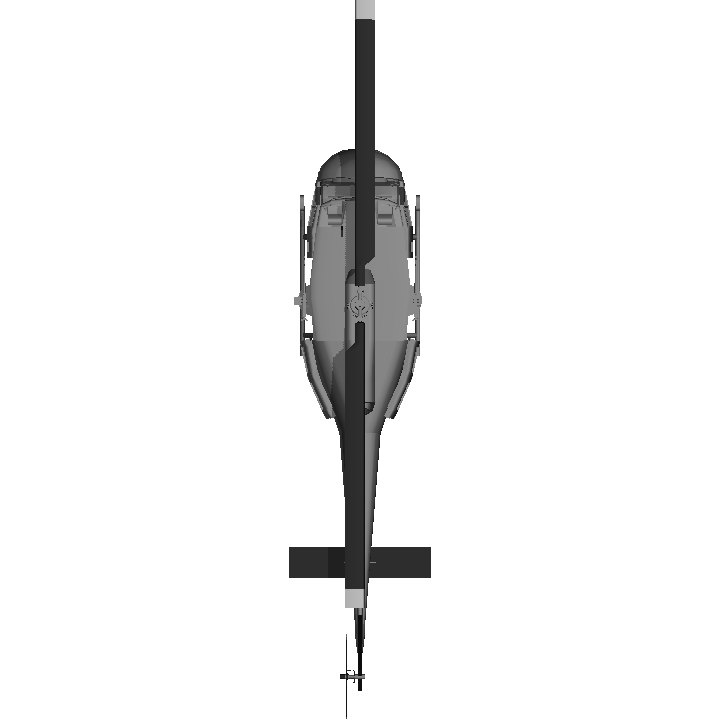 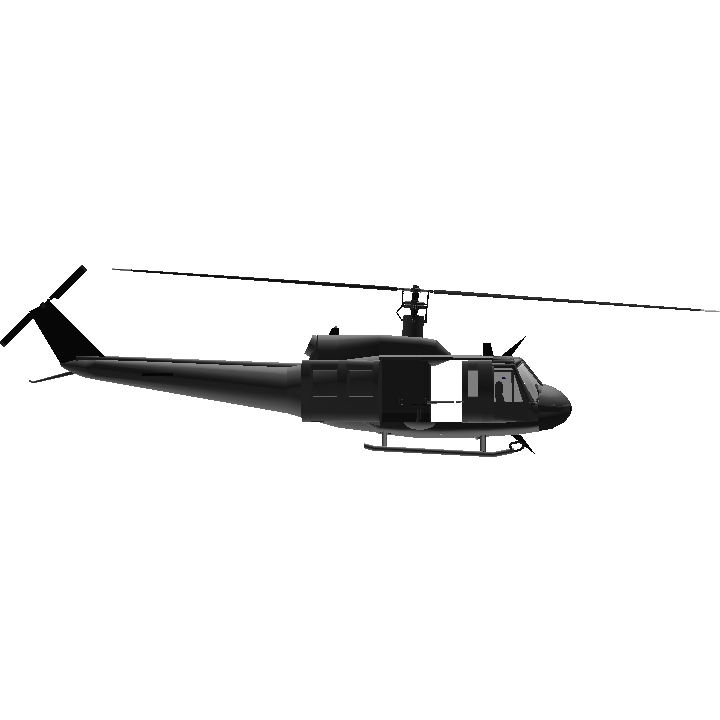 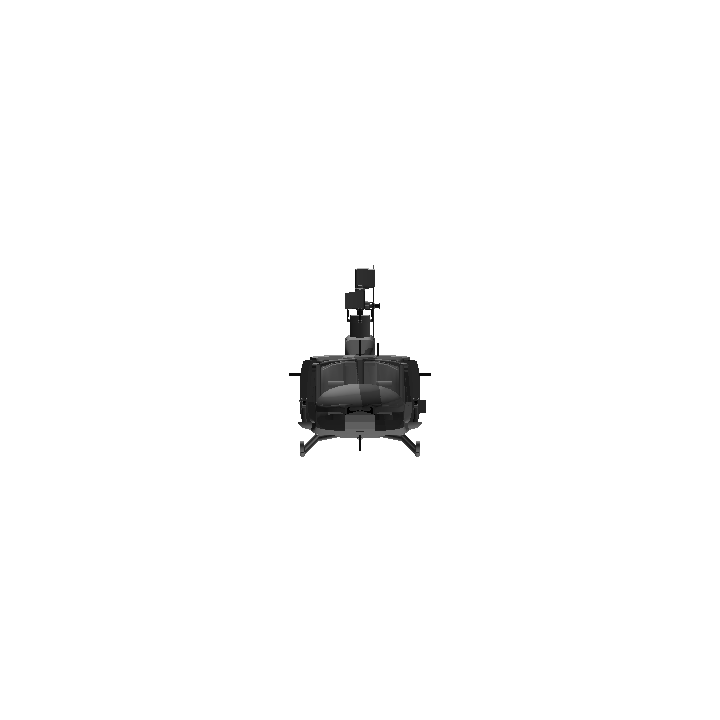