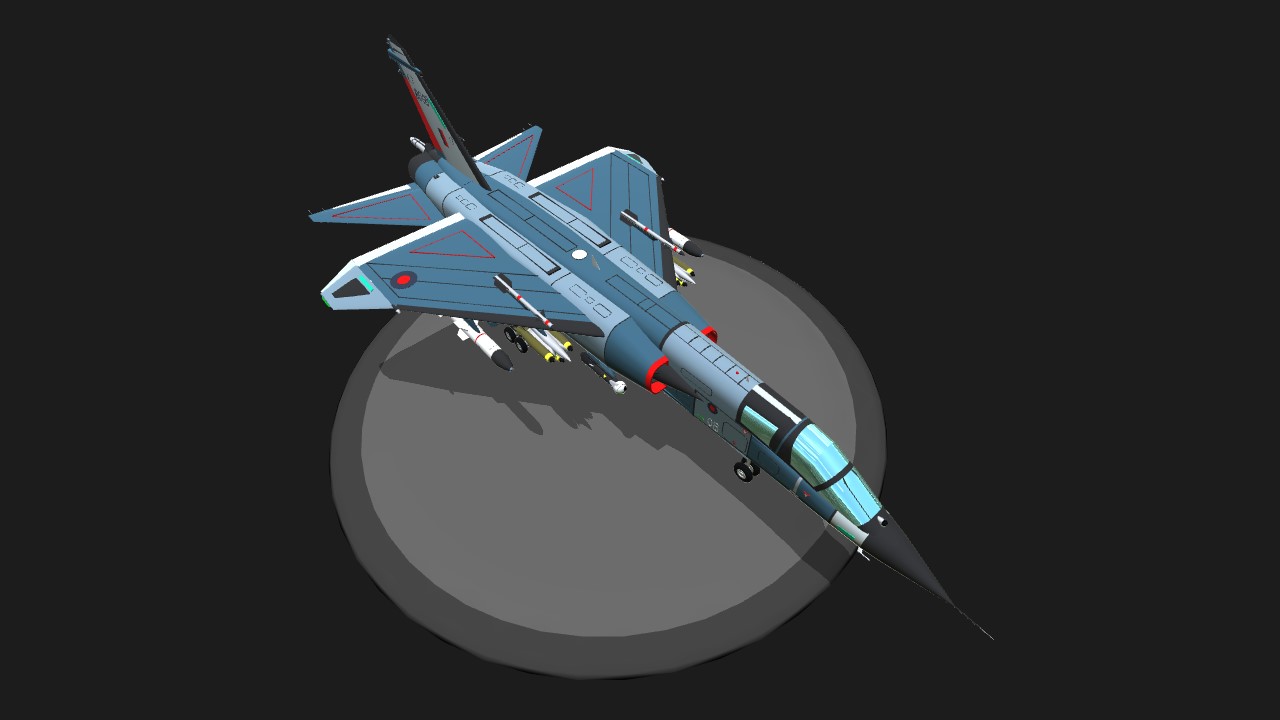 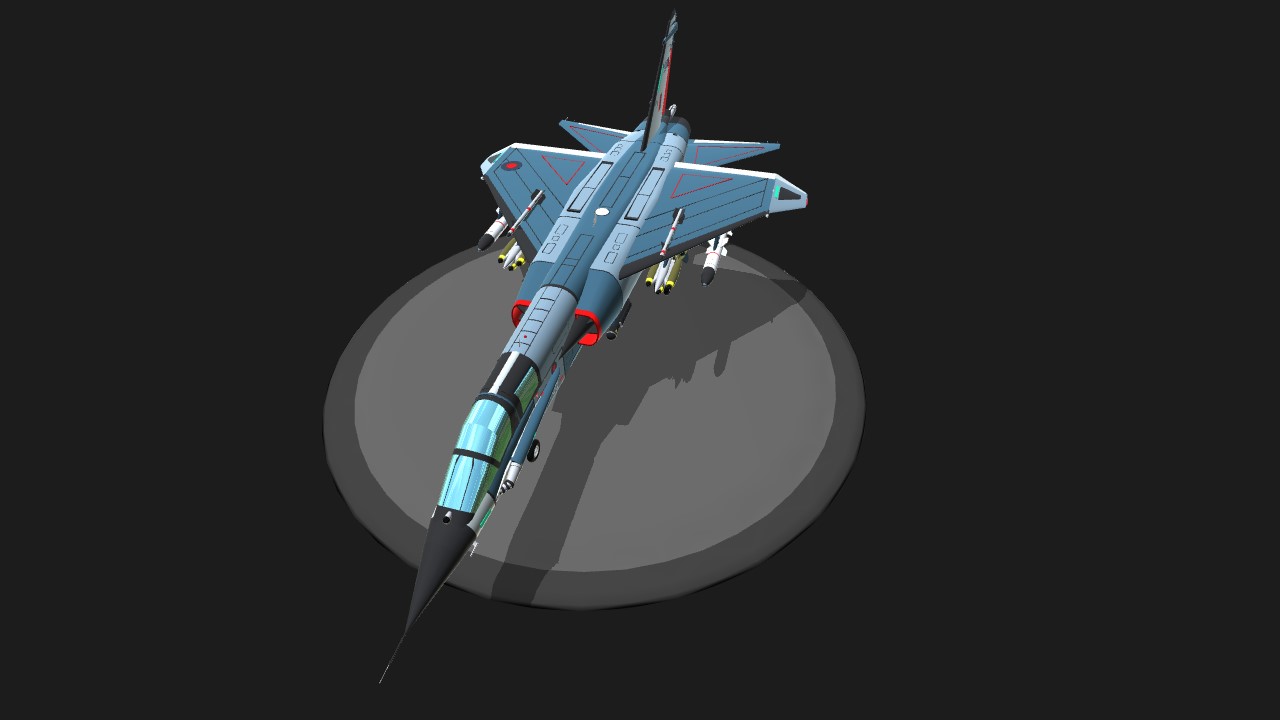 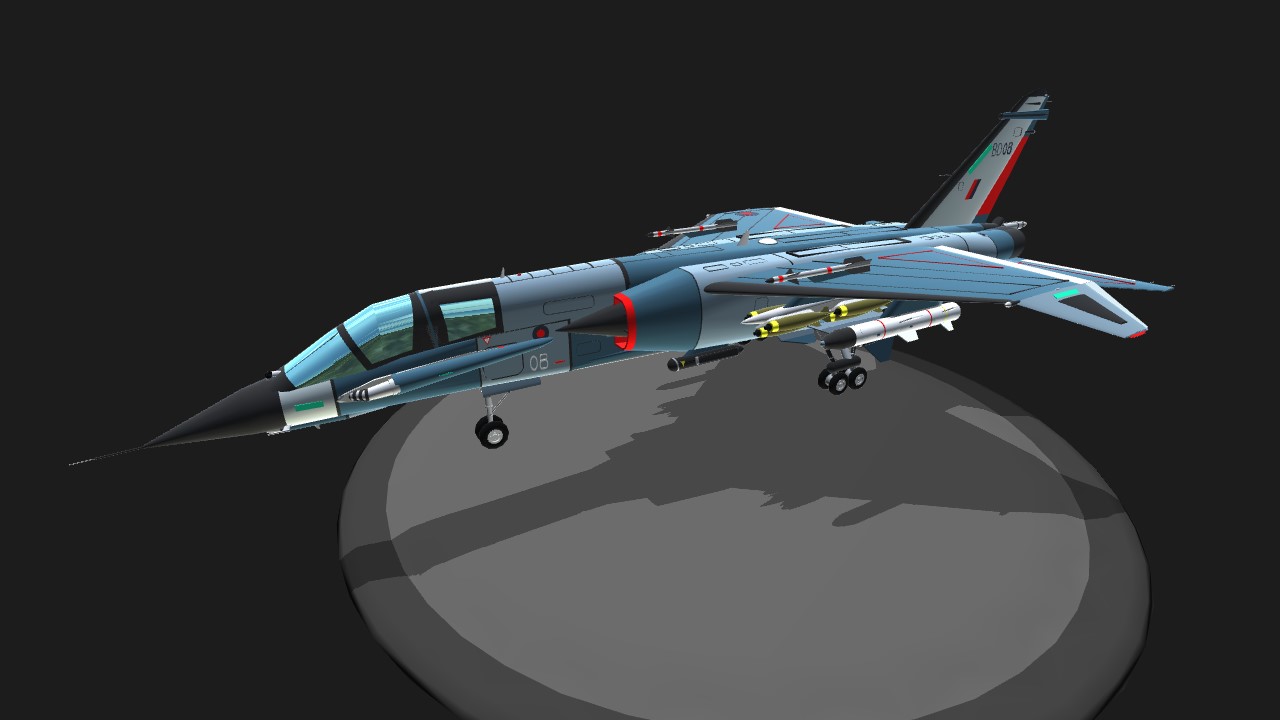 -Select Air-to-Ground target mode
-Select either Boom50 or Boom25 free-fall bombs
-Align aircraft with target in flightpath clear of obstacles
-Recommended Alt: 3.000-10.000ft
-Press AG2 to activate Gyro-stabilization
-Trim aircraft for level flight
-Throttle: 12-18%
-VTOL UP to open internal weapons bay doors
-When aircraft is 1-2mi away from target, FIRE WEAPONS (continuous pressing of button)
-If salvo release is selected then press AG1 and AG5
-When Boom50 or Boom25 bombs are out, switch to the other bombs available
-Disengage AG2, accelerate, deploy countermeasures and leave the area

It is highly recommended to download and use the Units mod by mushr0om for Rate of Descent indication and other useful info during landing and/or flight.

After the retirement by the Royal Navy of the last of its large aircraft carriers in 1978, the tactical strike role has been passed to the Royal Air Force and its respective modern attack fighter jets. The Blackburn Buccaneer S.2 of the Royal Navy air fleet, has been the backbone of that role but a thorough technical inspection in 1980 revealed excessive metal fatigue problems and an urgent notice for replacement has been issued. As a result, the Royal Navy opted to give away its remaining Buccaneer aircrafts to RAF (about 60 aircraft), while the rest were scrapped and develop a new class of destroyers with air-defence and surface warfare capabilities.
The ending of the Cold War led to a reduction in strength of the Royal Air Force, and the accelerated retirement of the remaining fleet, with the last Buccaneers in RAF service being retired in 1994; in favour of the Panavia Tornado and the BAe Cyclone. It had originally been planned for the Buccaneer to remain in service with RAF squadrons until the end of the 1990s, having been extensively modernised in a process lasting up to 1989; the end of the Cold War stimulated major changes in British defence policy, many aircraft being deemed to be surplus to requirements. It was decided that a number of Panavia Tornado GR1s and BAe Cyclones GR2s would be modified for compatibility with the Sea Eagle missile, and take over the RAF's maritime strike mission, and the Buccaneer would be retired early. RAF Squadrons operating the Buccaneer were quickly re-equipped with the Tornado and Cyclone aircrafts.
In 1993, UK government signed a deal with BAe in order to upgrade all the Cyclone GR.1 variants to GR.2 standard including more advanced avionics, newer nav/attack systems, secure com-links and incorporation of modern E/O-laser-GPS guided munitions. The new Cyclone GR2 variant has been selected by RAF to fulfil the maritime reconnaissance and strike role and be equipped with modern track-and-trace surface systems and specialized anti-ship weapons, such as the all-new WaveRider anti-ship missile. After the initial stage of the "Iraqi Freedom" coalition operation has been completed in 2005, BAe alongside HarpiaDS, implemented an integrated upgrade plan for the GR.2 Cyclones, including a specialized maritime strike variant under the “Stingray Project”. From the fleet of 40 aircrafts that have been upgraded to the GR3 “Decisive Strike-DS” standard a total of 18 Cyclone fighters have been retrofitted with the aforementioned combat systems and received the Stingray S3 designation and assigned to the maritime tactical strike role, retaining although the advanced ground attack role.
Since 2007, when the upgrade program has been completed, the governments of Australia, Singapore and Saudi Arabia asked about the availability of surplus Cyclones GR3s or even Stingrays S3s in order to reinforce their maritime strike capabilities over their extensive territorial waters. Finally, Royal Australian Air Force (RAAF) purchased 22 Cyclones GR3 in the FB-177C Cyclone and 12 Stingrays S3 in S-177M Ocean Stingray configuration with specific mission equipment and weapons retrofit under the "Ocean Union" arms agreement between UK and Australia.
Apart from the typical anti-ship weapons load-out of the Stingray S3, the aircraft have been equipped with sophisticated combat support electronic systems, such as:
- the HarpiaDS/Selex SeaStar Mk.II ATP - E/O and laser targeting pod specially designed for operation in maritime environment.
- the HarpiaDS SkyGlazer G.3A ECM pod, specialized for SIGINT/ELINT and jamming mission profiles.

I want to give credits:
@mikoyanster for his Multiple Ejector Rack (MER) for bomb carriage
@Marine for his missile design, that I used in order to develop the WaveRider weapon
@EternalDarkness for his precious building advices and his feedback regarding the flight characteristics 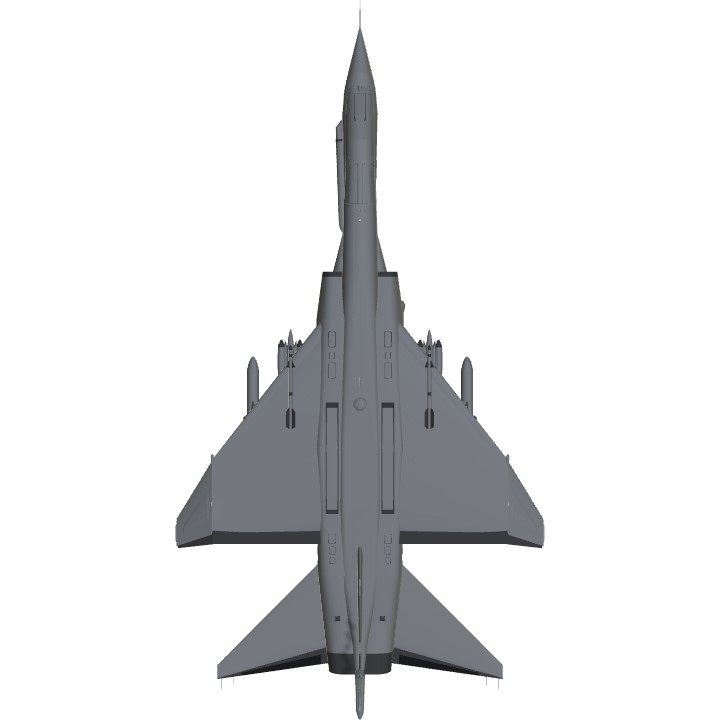 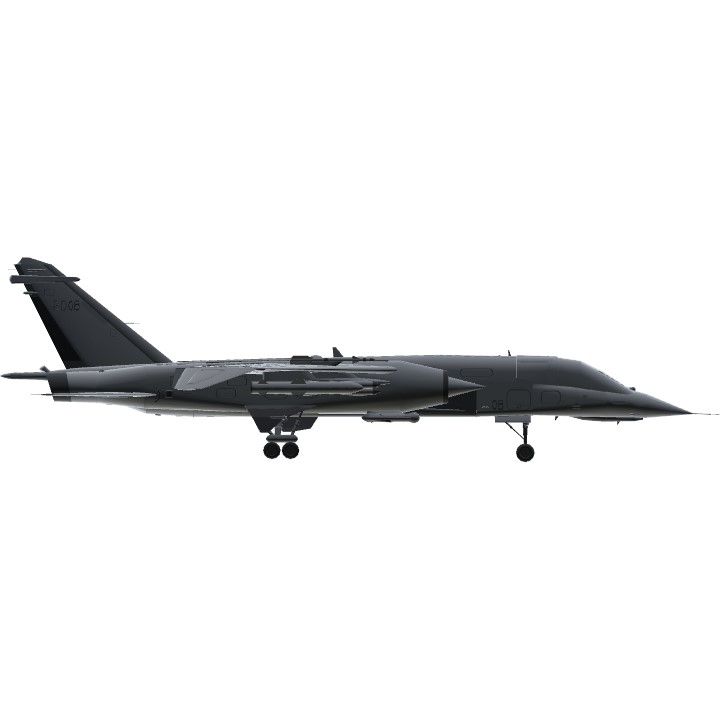 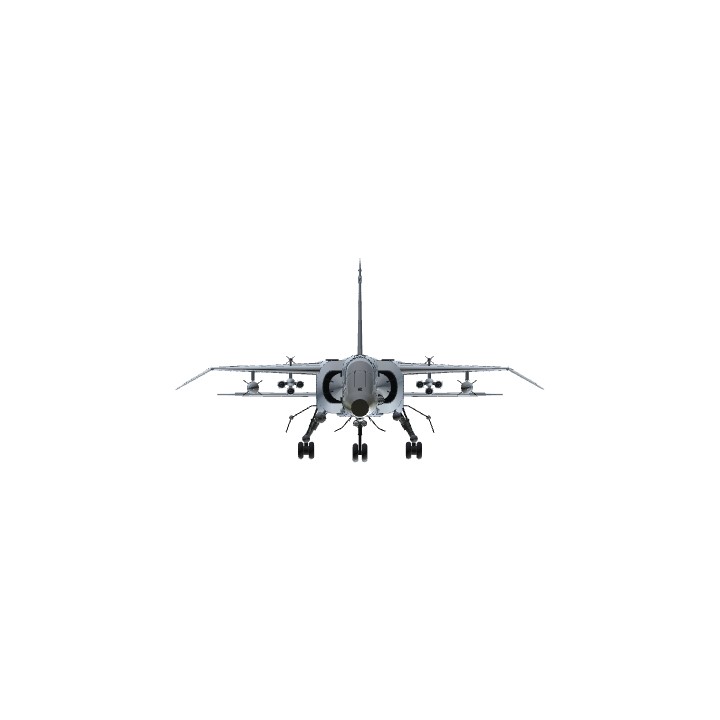