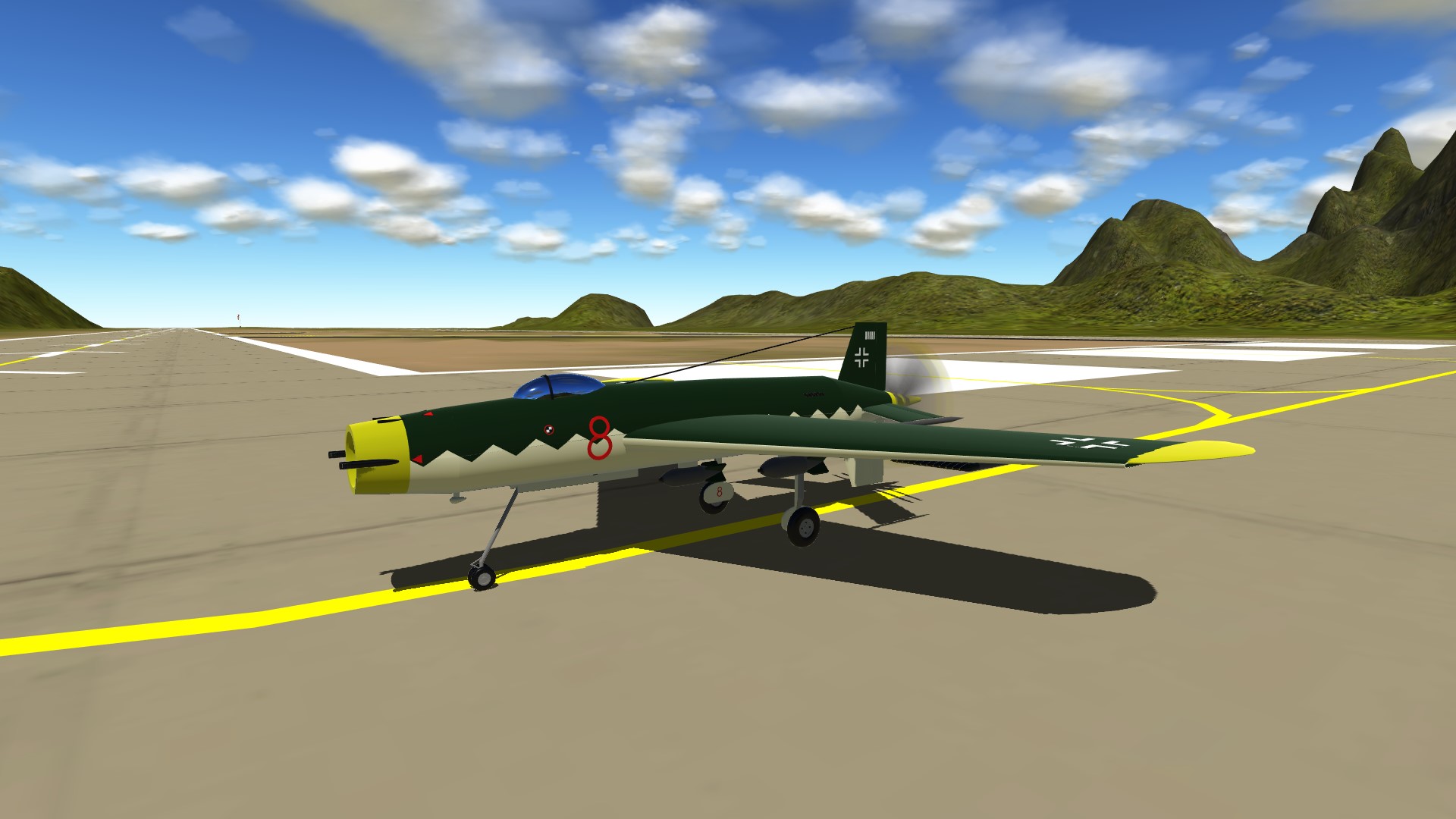 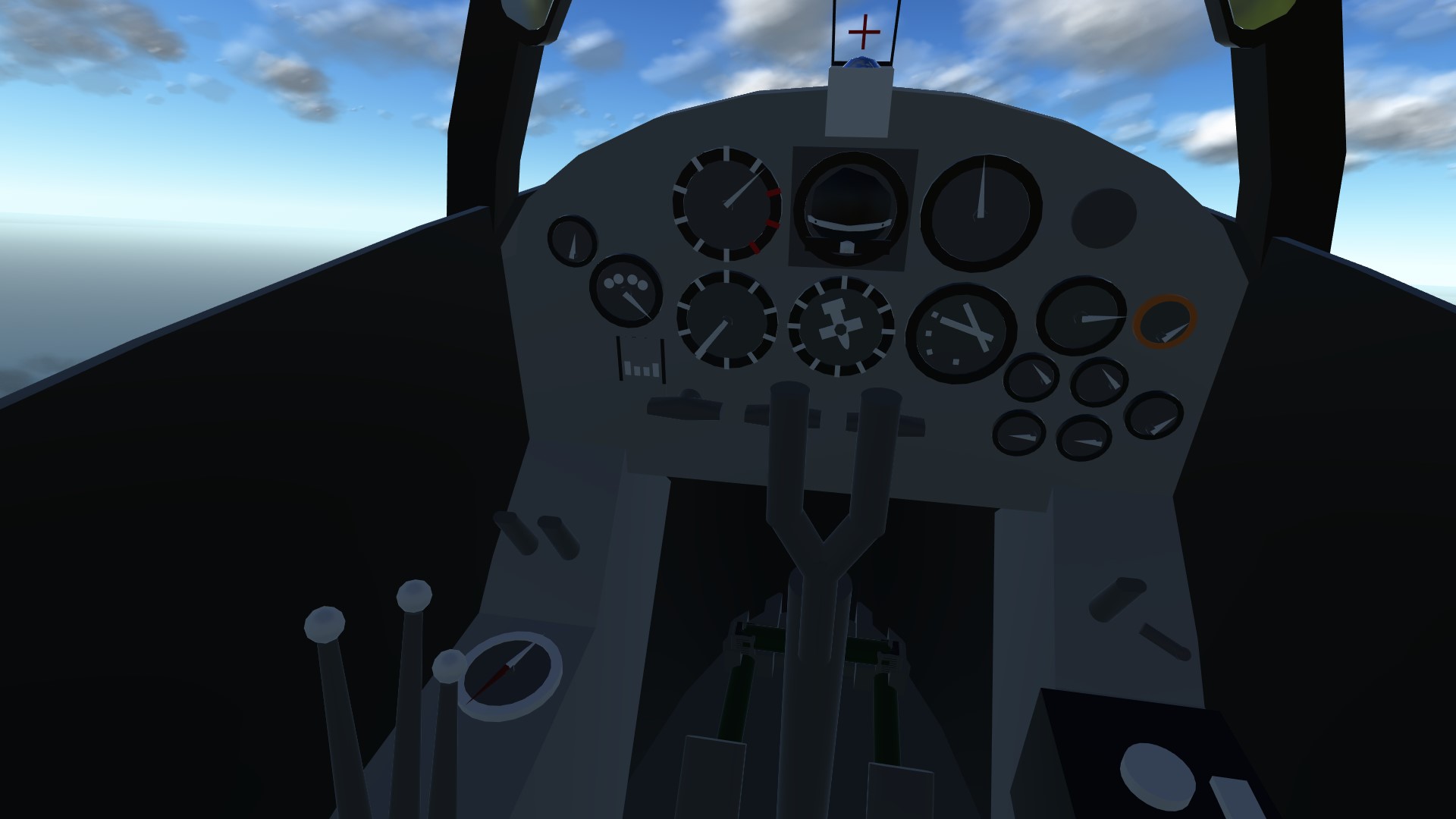 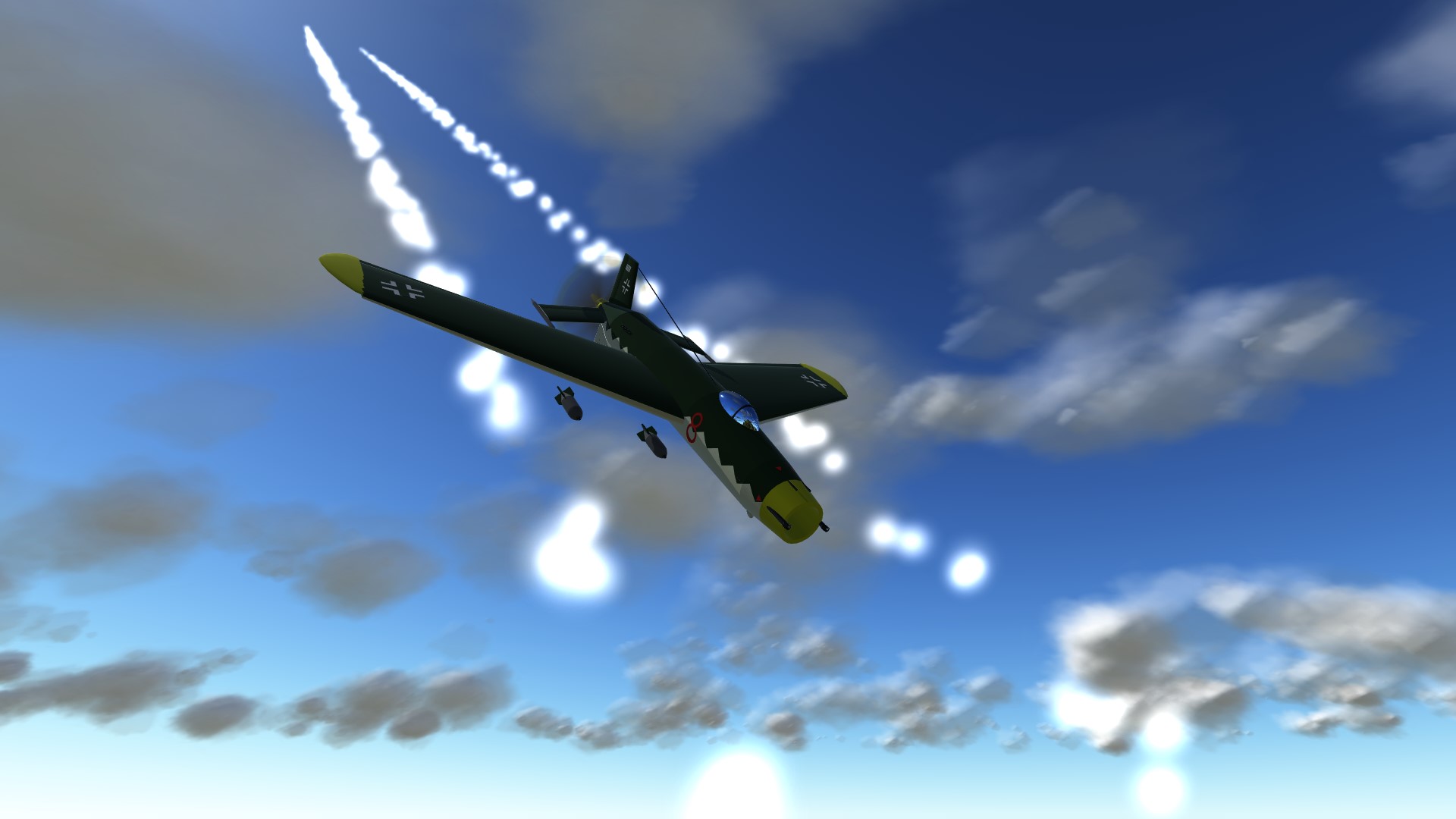 This is the Focke-Wulf Drawing Number 0310.025-1006 fighter aircraft.
I named it "Krokodilwächter" (Crocodile Bird).

The aircraft bears JV44 (44th fighter squadron) markings, with individual designation "Red 8". It has five kill marks.
The JV44 was a late-war fighter squadron created to operate Me 262s, but it also operated a few Fw 190Ds.

This aircraft has a few notable funky trees systems, namely: a. a MW-50 methanol/ water injection system. Activated by AG2, it adds 20% power boost to the engine. In real life an aircraft would usually carry 20 minutes of MW50, but for the timeframe of simpleplanes I reduced it to 2 minutes. The remaining MW50 is shown by the orange gauge in the cockpit.

b. an AFN2 automatic radio direction finder (ARDF) navigation system, located on the lower right of the 6 biggest instruments on the instrument panel. It has two indicators: The vertical one indicates direction deviation. If it drifts left, you need to turn right, and vice versa. The horizontal one indicates distance, there are three readings to the left of the gauge, respectively means (top to bottom) near signal source, 50km from signal source and 100km from signal source.
The system will automatically switch channel to the closest "station". There are three navigation stations: Avalanche airport, Yeager airport and Wright Airport.

c. working ammunition counter, it is located on the bottom left of the instrument panel. Four stripes indicates the two MK103s (outer stripes) and the two MG213/20s (inner stripes).

The cockpit layout is based on Dornier Do 335. 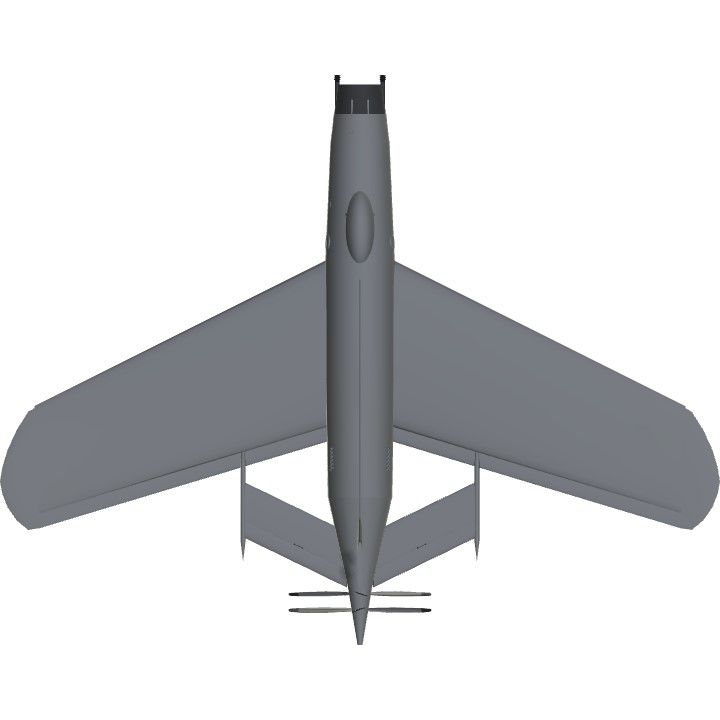 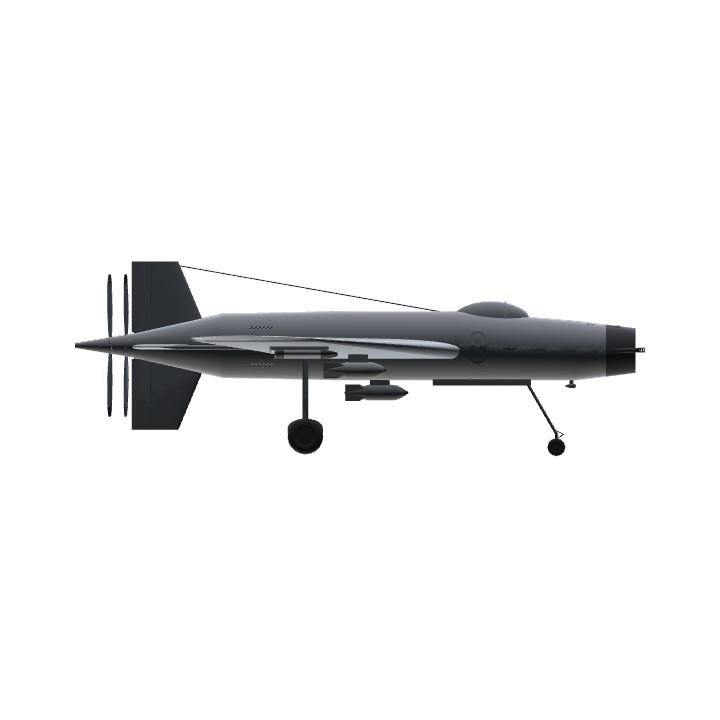 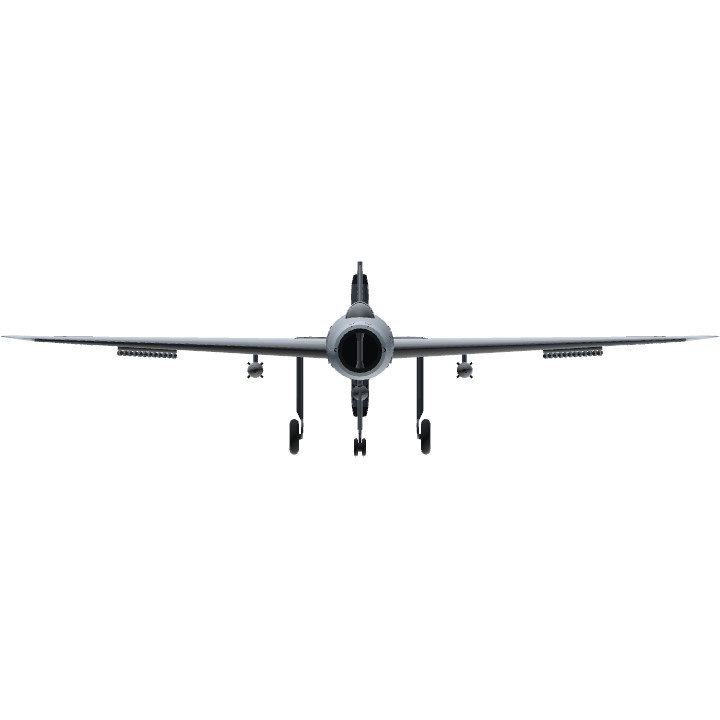