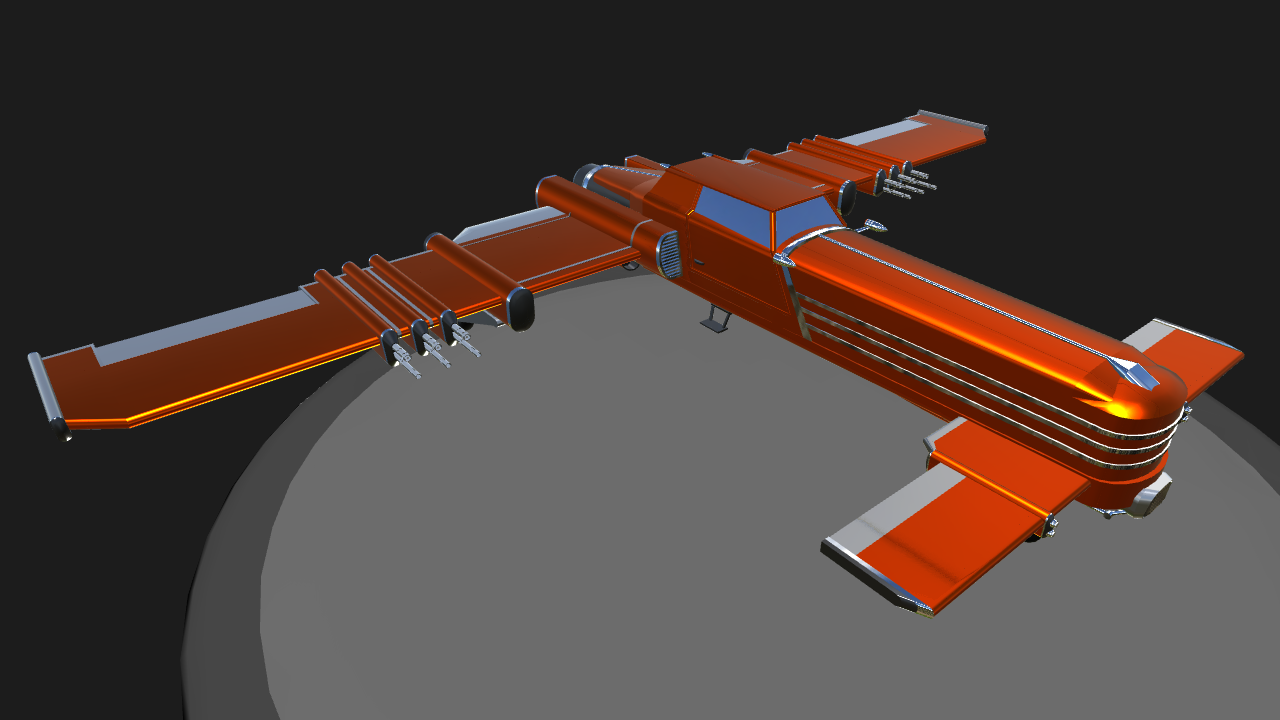 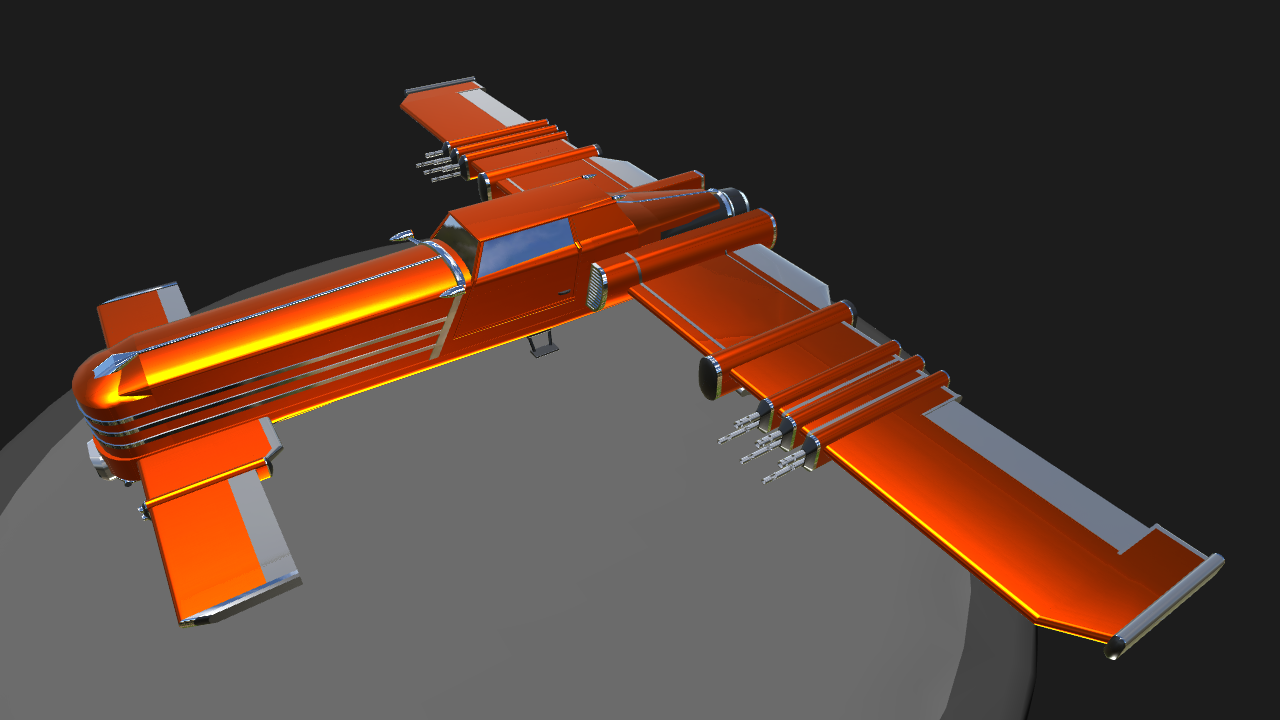 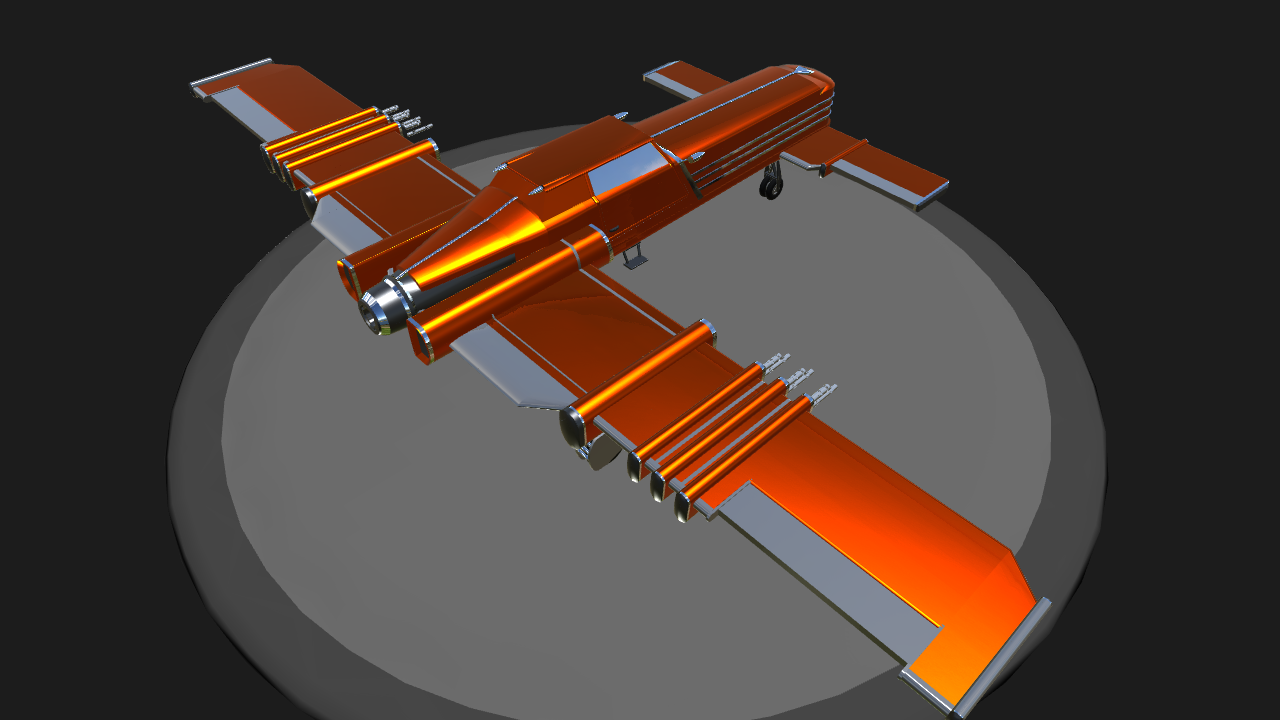 Take-off: 100% throttle and pull up once the rear wheels have lifted.

Landing: Reduce throttle to 10% for final approach then cut power at 100ft and glide in with a final flare

His Majesty's Aircraft “Elegant Solution” is a simple, guns only, point defense fighter.

Inspired by a picture I saw while browsing: the plane had canards but no main wing so there's some artistic license on my part! 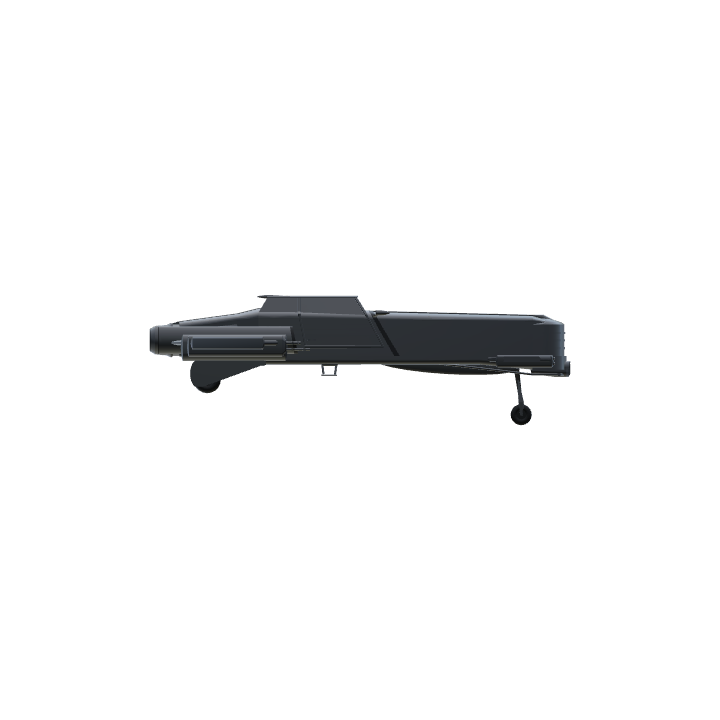