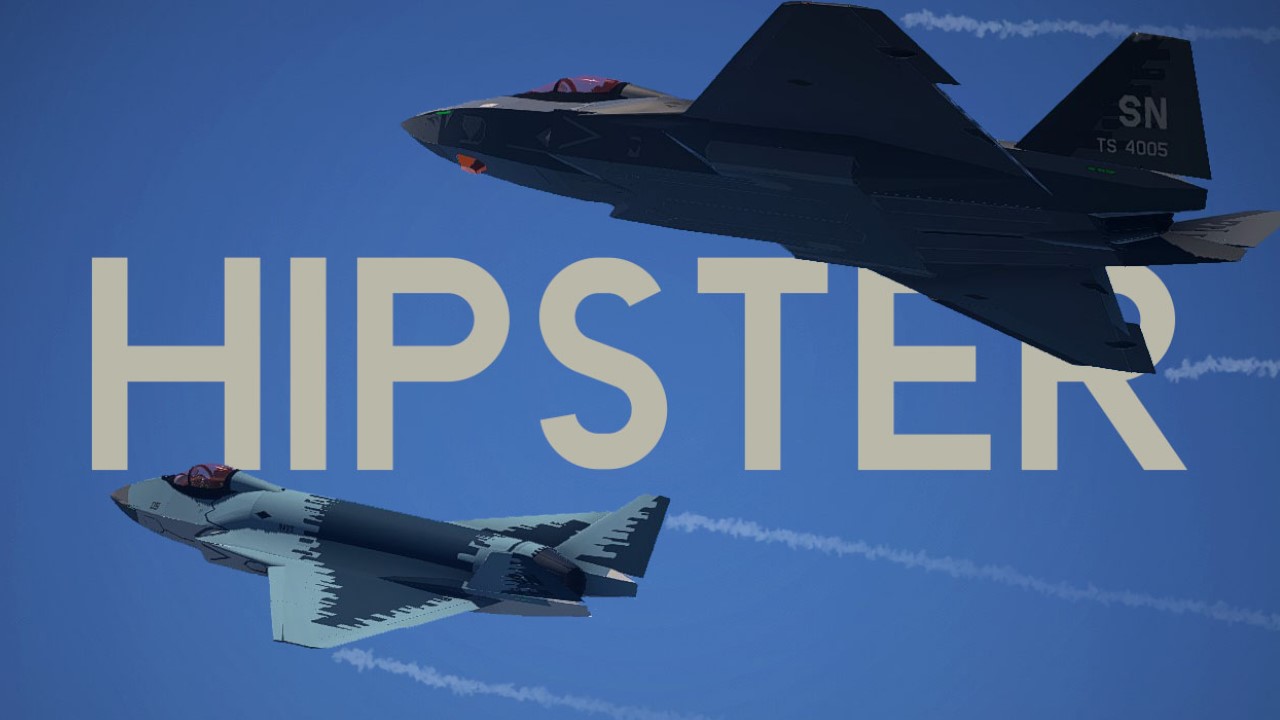 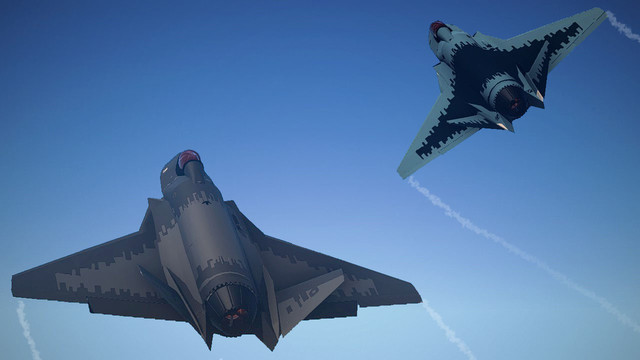 The implementation of stealth technology seems become a widespread phenomenon in the 21st-century military. A lot of countries develop their own low observable, 5th generation fighter aircraft. Although we already have our own 5th generation fighter with our FAD-90S Galleon, the said aircraft is on the hi configuration, more like a heavy fighter focused on the air superiority mission even though has the multirole capability. Also, it has overall higher production and maintenance costs. What we need is more low-cost, higher production potential, and design-wise focused primarily on jack-of-all-trade, complementing the Galleon. By that, project Fighter Advanced Lightweight is commenced

The FAL-40S Hipster is a single-seat, single-engine, all-weather multirole stealth fighter intended for air superiority and attack missions. Designed with an emphasis on ease of maintenance, low-cost options, and multi-role capability, it follows the same design philosophy as the F35 Lighting. It uses a v-tail configuration like the SU-75 Checkmate for reduced weight, easier manufacture, and possible reduced RCS.

It has 3 main bays, 1 in the middle for main, and 2 neatly squeezing the engine for Short-range IR missiles. It also incorporates Electro-Optical Targeting System (EOTS) for guided munition. 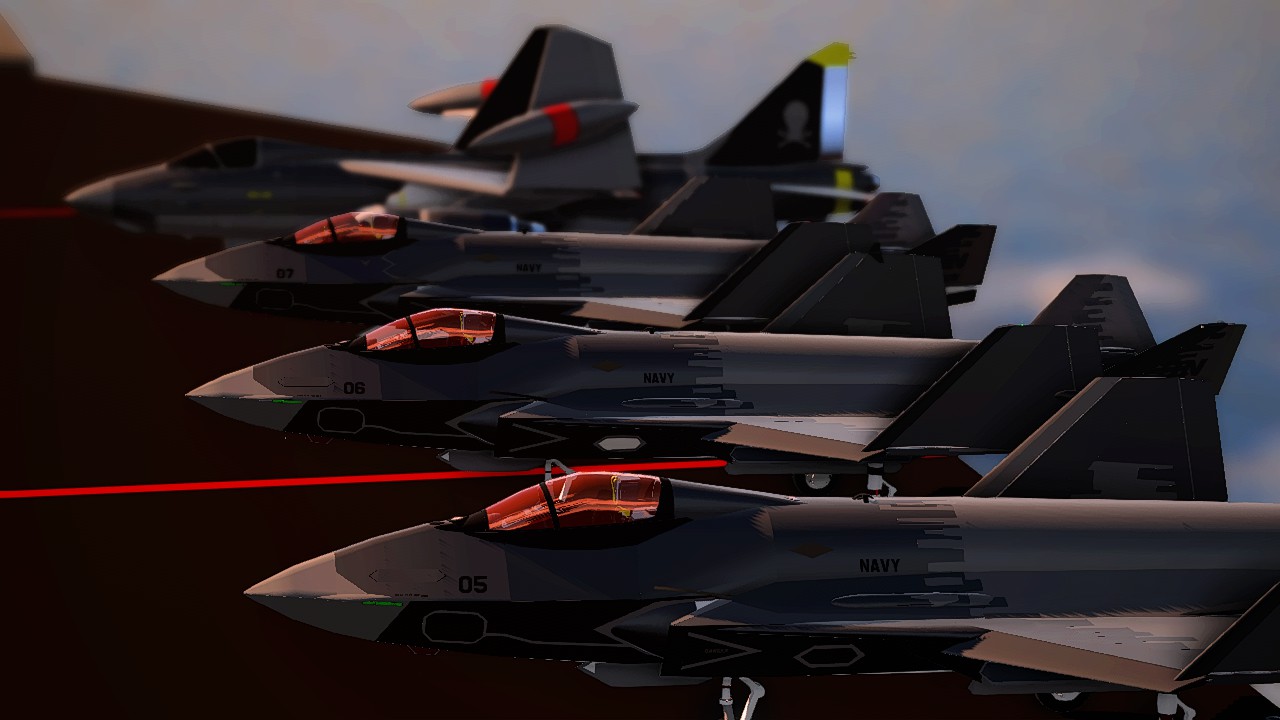 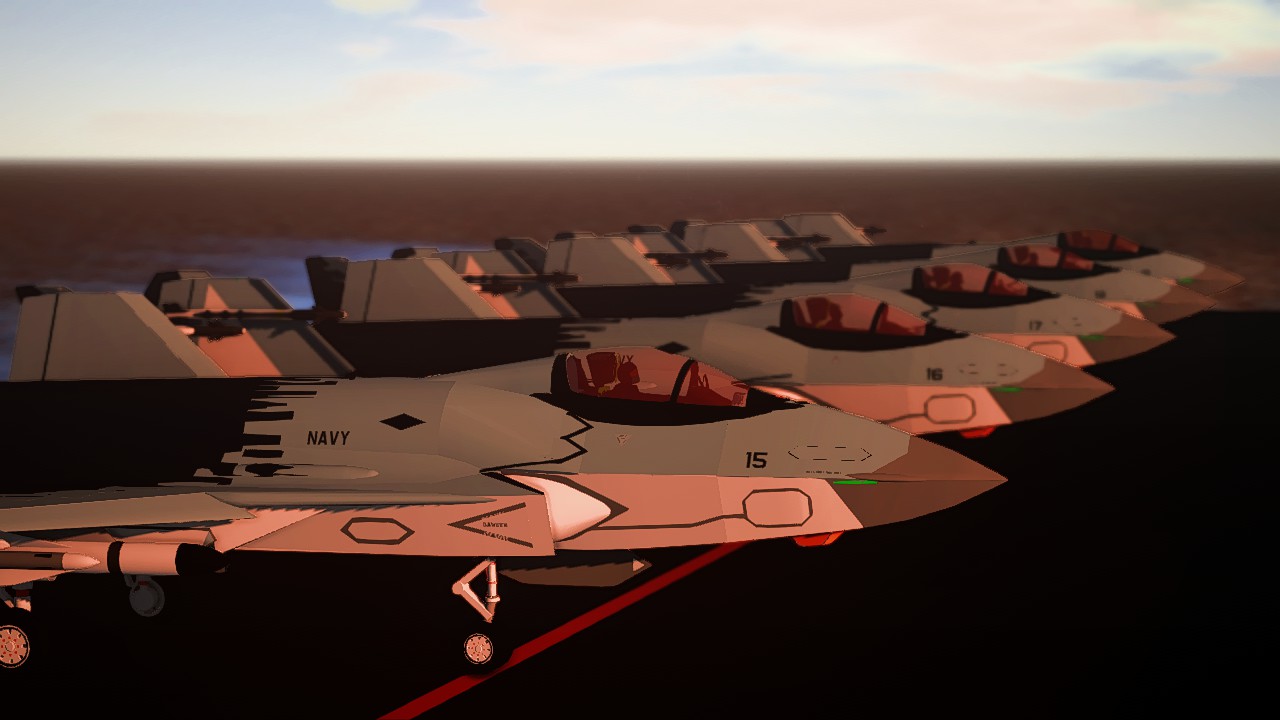 In the nutshell, this thing is just like Galleon: could throw hands at bandits and serve knuckle sandwiches to someone down below just in a smaller package and lower cost 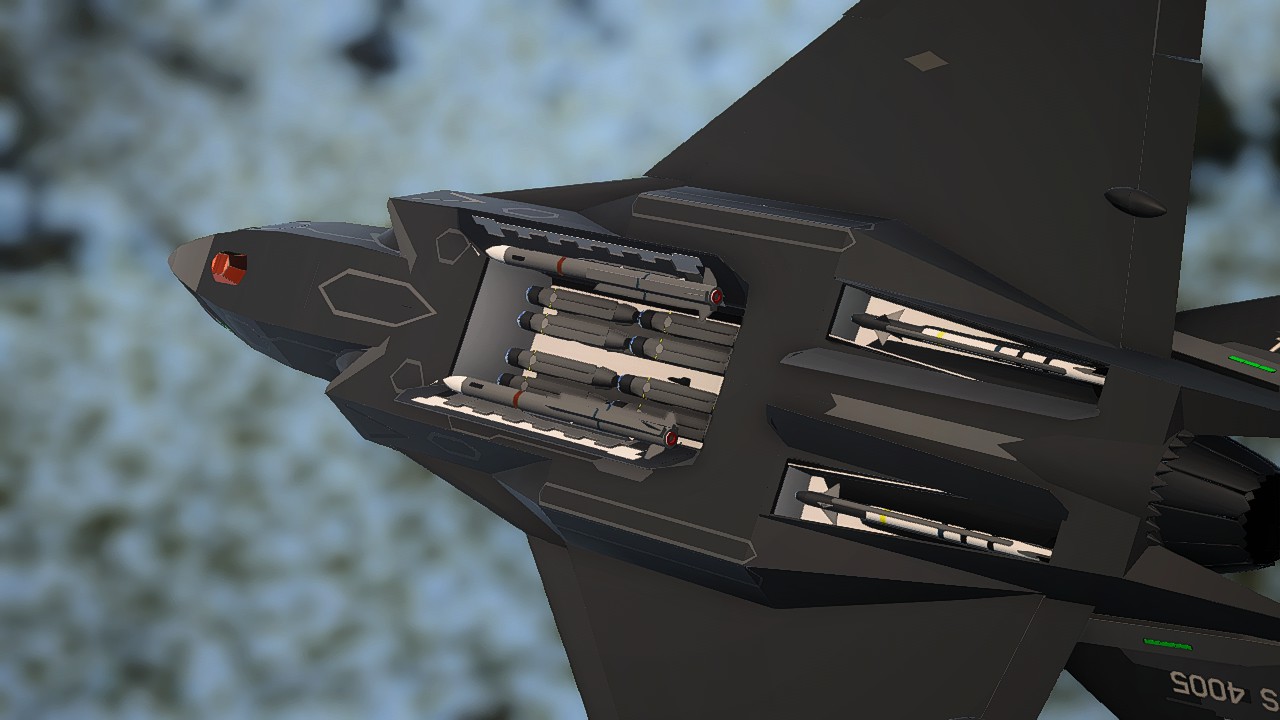 It has Glimiter and Fly-by-wire that will prevent over G and smooth flight. Rated for max 9G, where most naval fighter only for max 7G

EOTS for targeting, based on SINTREX Targeting pod. Will track enemy, have a reticle and target data. Note: use zoom, otherwise, it will look weird

idk if its a feature or not, but I'm kinda proud of it lol. Available in grey urban and naval blue. 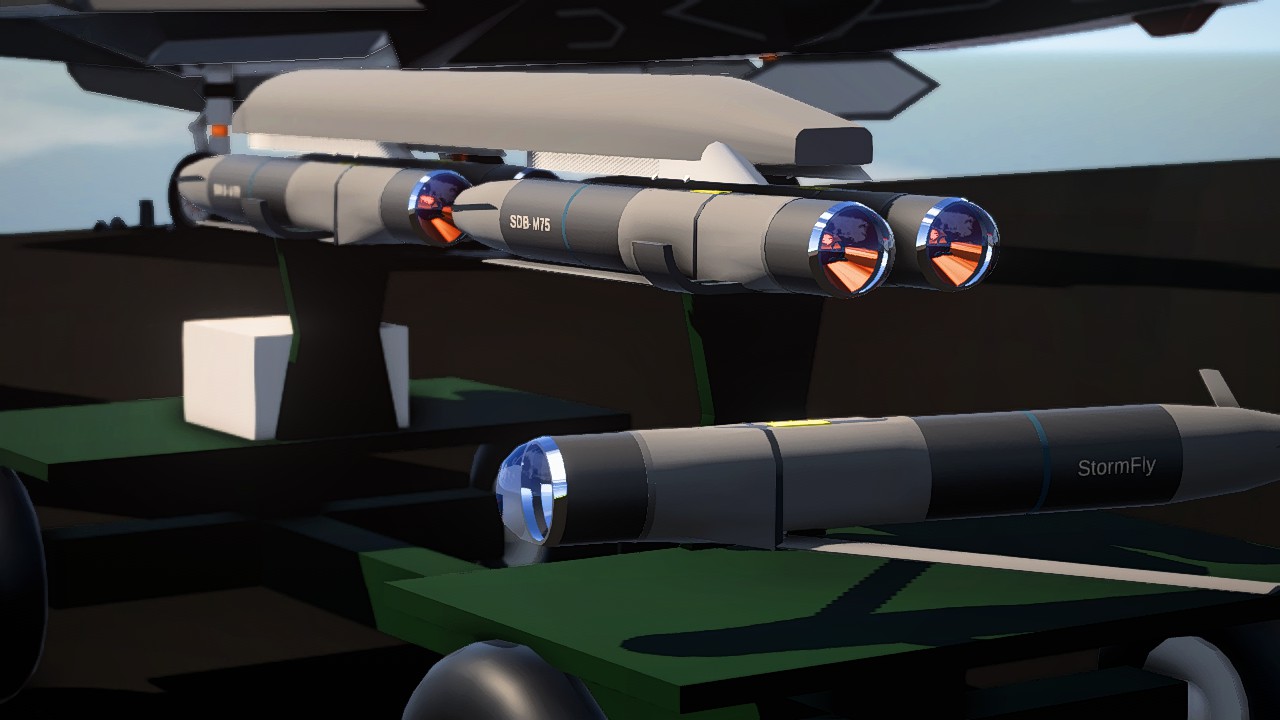 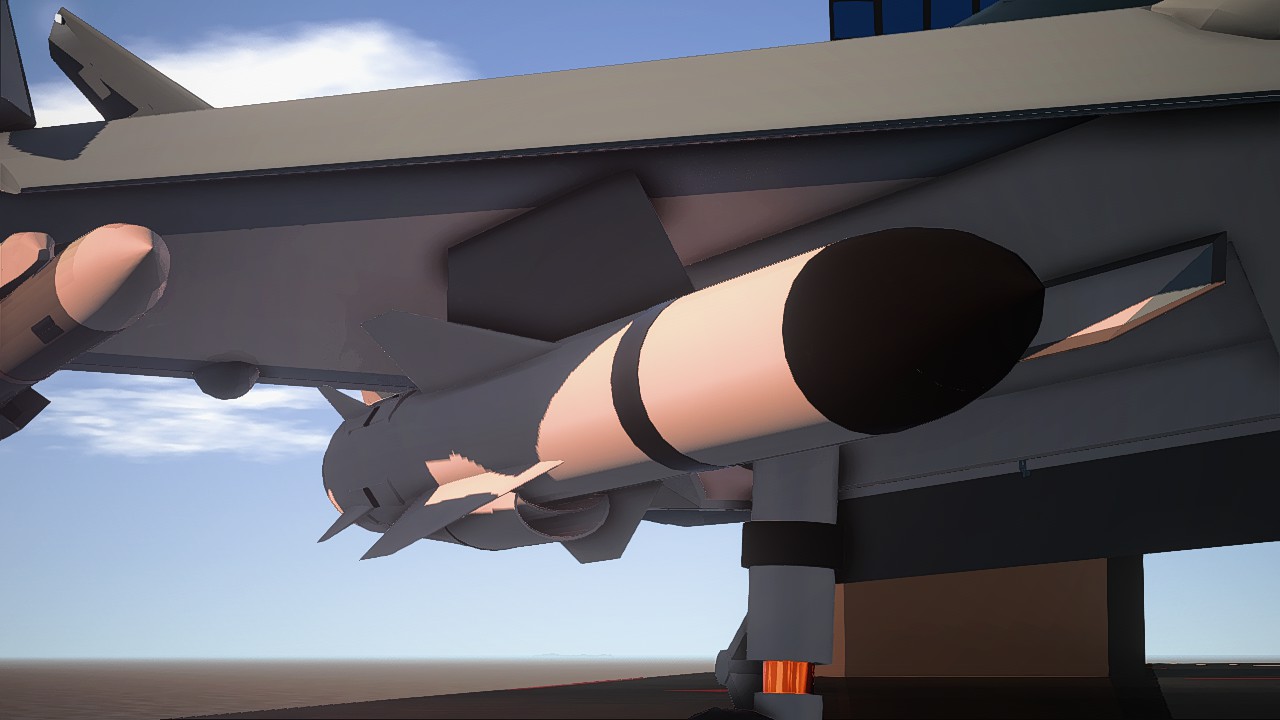 Your typical anti-ship missile. Powered by in-game jet so its looks and act like real-life jet engine-powered missile (no smoke trail). Comparable in dimension and specification to AGM-84 Harpoon. Available on beast mode 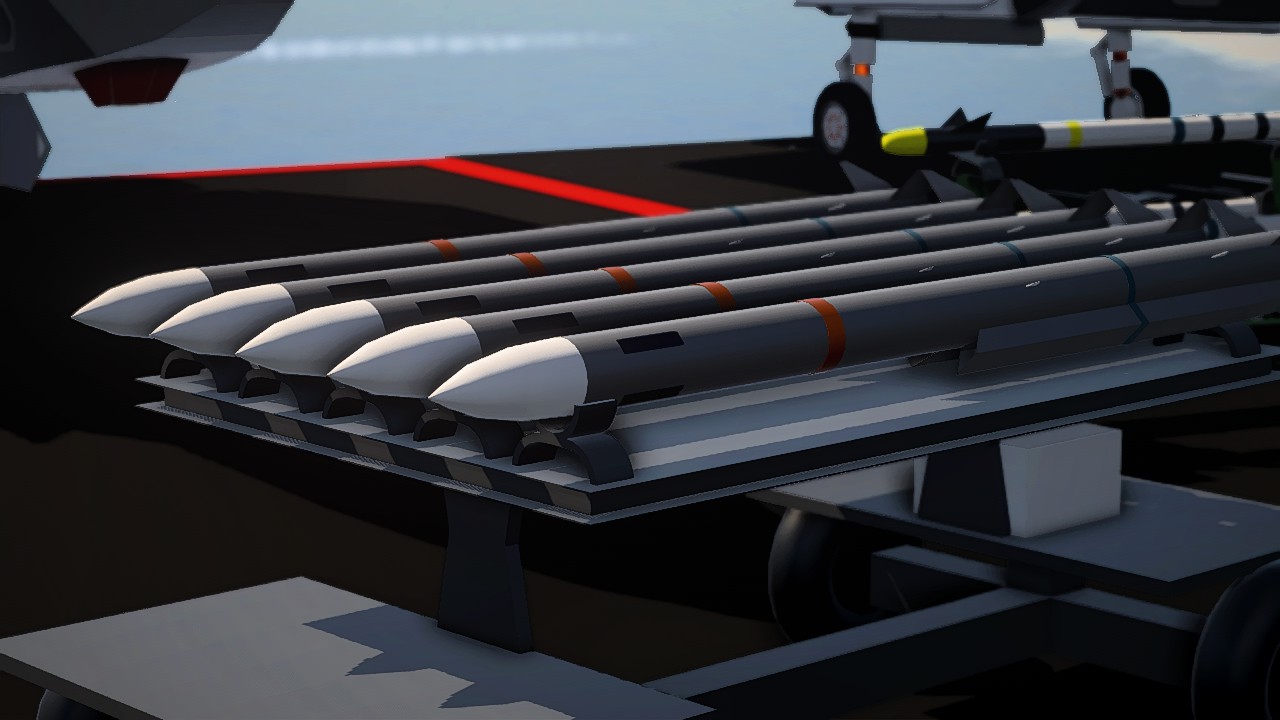 Beyond-visual-range air-to-air missile (BVRAAM), using air ducted rocket and ram engine to achieve longer range, similar to MDMA Meteor. Ideal for interception. Could be used in a dogfight but with limited performance. 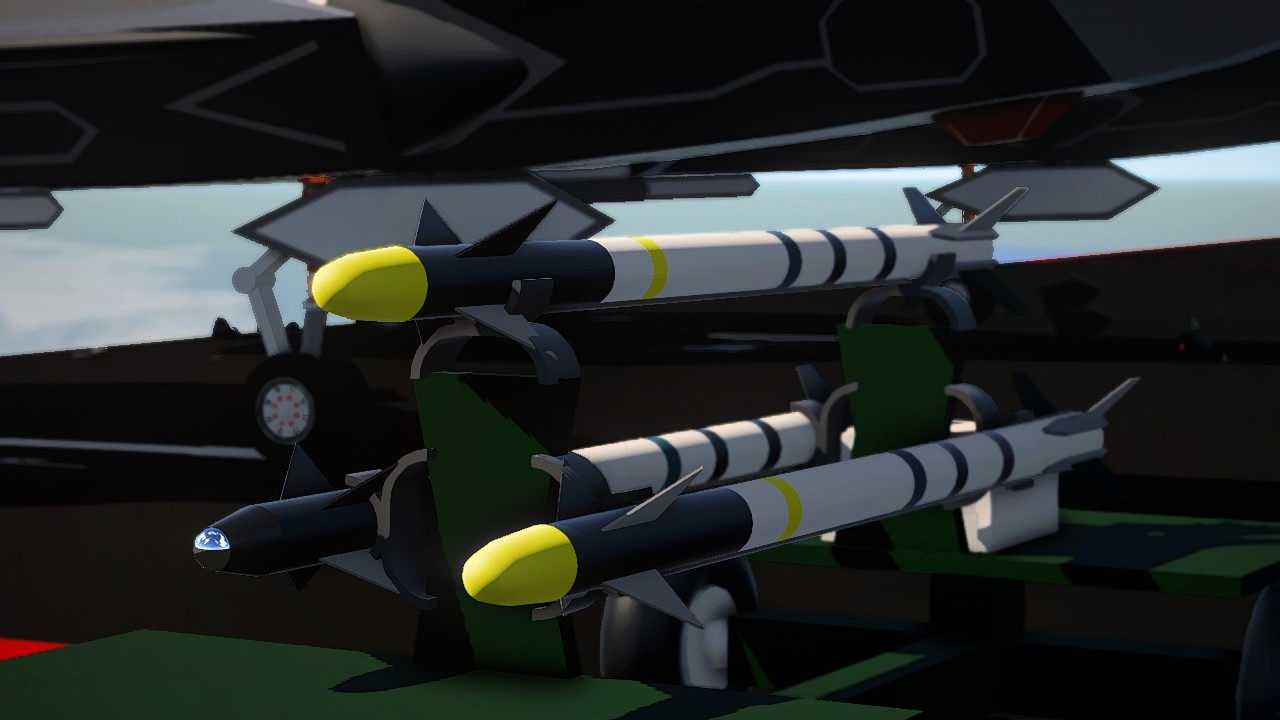 Other Weapon Load and Paint Scheme: 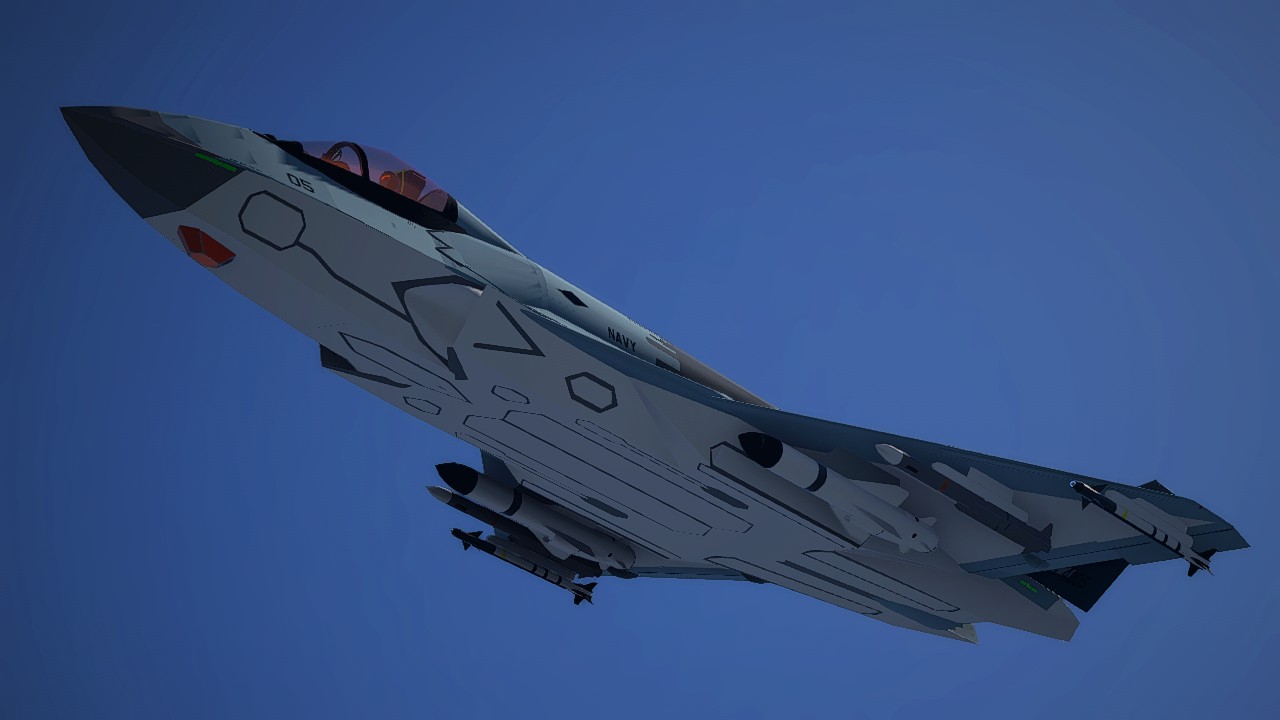 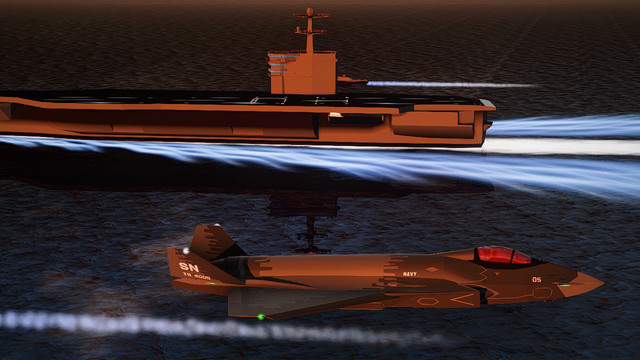 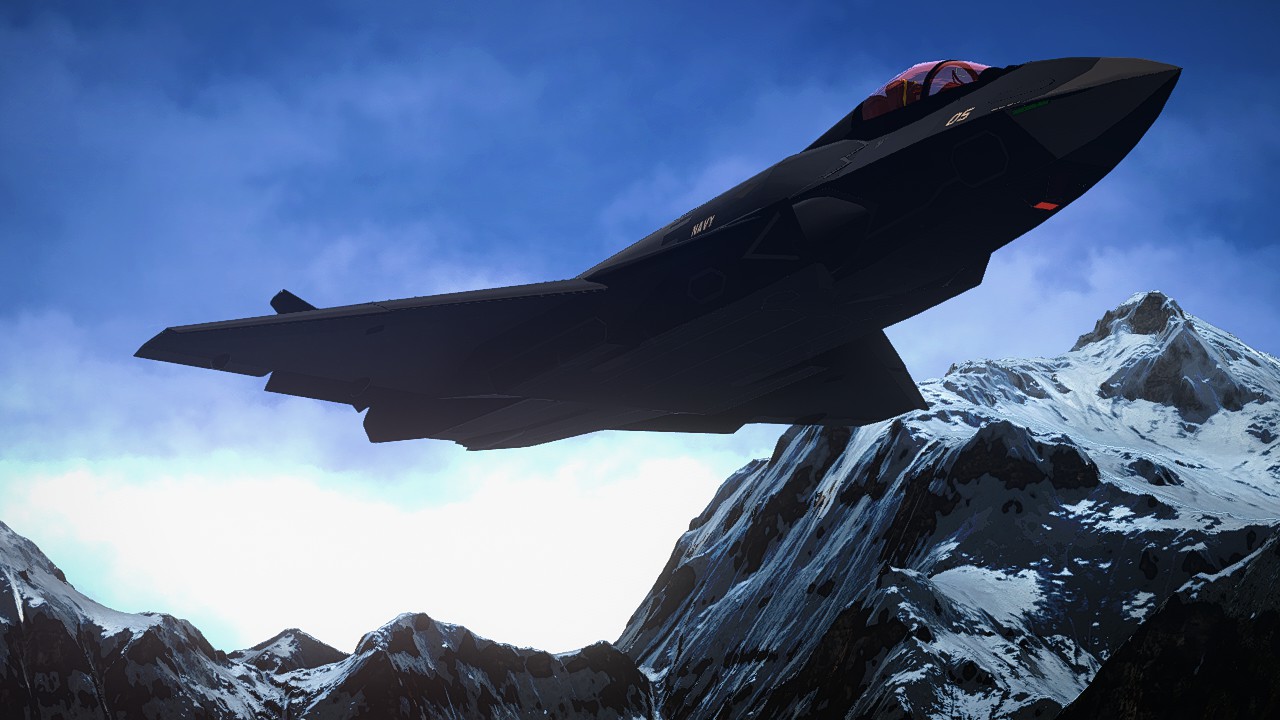 this thing should be an entry for Blue's Stealth Challenges 2022, but it seems it canceled. In any way, I hope he's doing fine.
Also, I wanna thanks this fine gentleman whose name that I cannot even read, gave better glimiter code in FT discord

I used to use PID as glimiter that I got from the forum. It works but have tendency to oscilate. I don't wanna tune PID lol 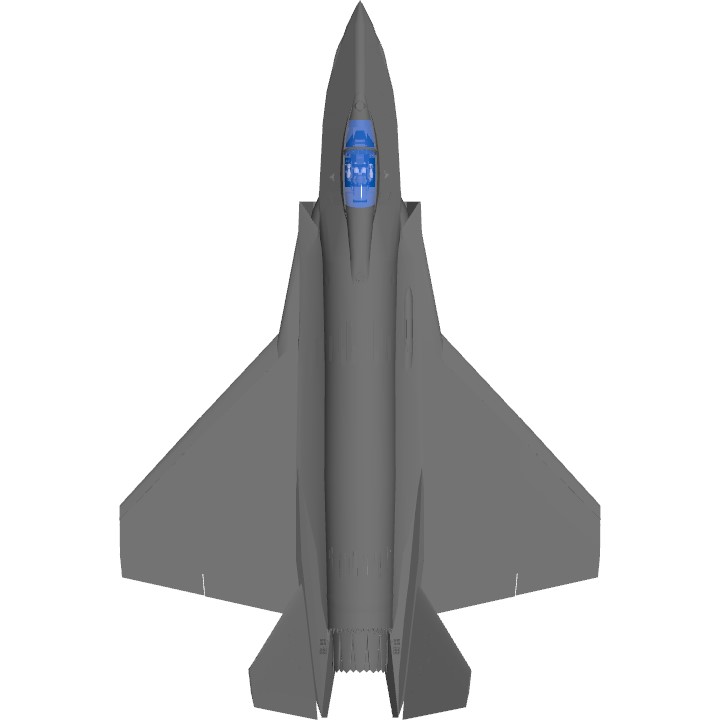 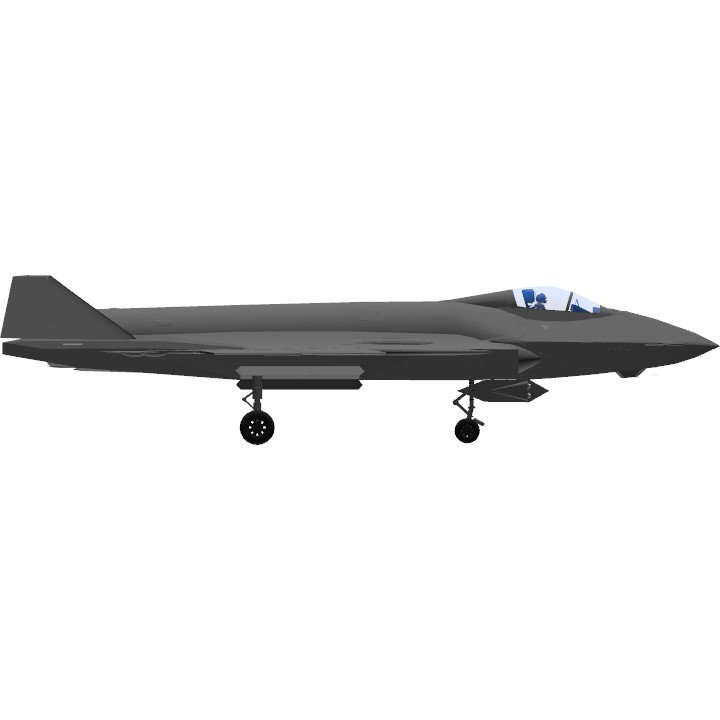