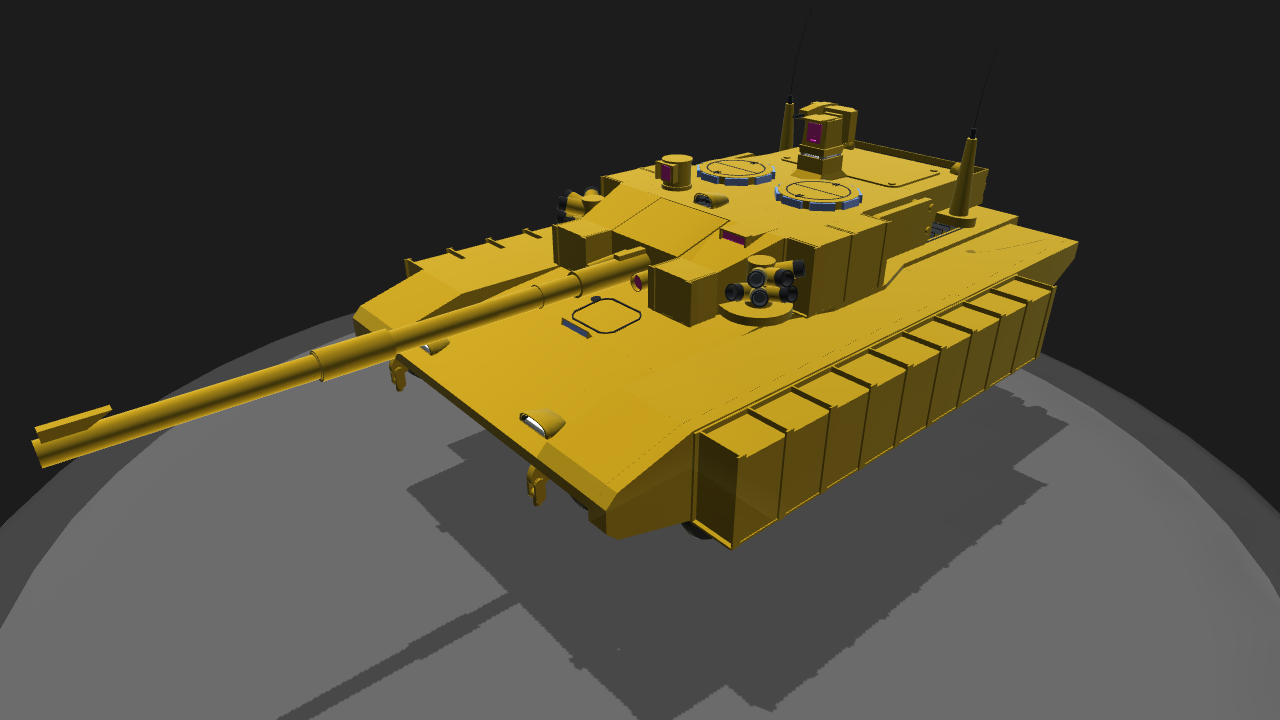 In 2010, the world saw the Russian MBT T-14. There were many different opinions, but in 2 2018 T-14 was adopted by the Russian Federation, and already in 2020 the simplified version of the T-14 went for export. By 2022, the T-14 became the main MBT of the RF Armed Forces and was produced in the amount of 250 pieces. (For the RF Armed Forces) with a contract for 340pcs. A total of 300 items have been exported. "Armata" has already managed to take part in the fighting in the Middle East and showed the excellent survival of the crew - when the tank was killed, not a single crew died. However, in total, 6 tanks were irretrievably lost - after they could not be evacuated, they were blown up. Also, one T-14 was captured in an almost ideal state and sent to tests in the United States.
Based on test results:
• The T-14 breaks into the lower frontal part of the KEP last modifications from 2 shots from a distance of <700 m. (The first shot destroys the block of RA).
• The top frontal part is punched by the KEP latest modifications from 2 shots from a distance of <250m.
• In the side part in the area of ??the "armored capsule" it breaks through the KEP latest modifications from 2 shots from a distance <1500m.
• complete invulnerability for all HESH-ammunition, high-explosive fragmentation ammunition, all types of ATGMs, all modifications of RPG-7.
• High-quality fragmentation shrapnel, keeps splinters well, which increases the crew survival chance.
• MBT showed good driving performance, not far ahead of the latest modifications of the German MBT Leopard 2A7 +.
• The absence of optical aiming devices makes it impossible to shoot in the event of destruction or damage to the bases of the sights
• The FCS T-14 is much worse than the M1A3 and the Leopard 2A7 +.
• The thermal imager is worse than M1A3 and Leopard 2A7 +.
• The low-quality and KEP-supplied missiles are not capable of penetrating the frontal part of the hull and the M1A3 and Leopard 2A7 towers.
Disabling methods:
• Fight several RPGs at the same time in the tower or in themotor-transmission department (the APS fires the first shot, the RA is destroyed by a second shot, and the tank hits the third shot.)
• Manually destroy caterpillars, surveillance devices.

After the tests, it was decided to create a new MBT for NATO, as the modernization resources of the M1 and Leopard 2 tanks were running out. There was a competition between the US and Germany. Based on the sad experience of the joint MBT-70 program, a program of the main tank was developed, which would be produced in the USA and Germany. The program was named MBT-2020. As a result of the competition, a simpler, cheaper and easier German OBT won. Jaguar is a tank of the usual scheme. There is a department of management, a fighting department and the logistics department. The tank has a combined armor for the forehead of the hull and tower (UAC also from the combined armor ˜150mm). The side of the hull to the end of the combat compartment from the combined armor. The full length of the case 70-mm screens and RA, protecting from tandem ammunition. Night gadgets for all crew members were installed. 3 crew members: commander, gunner, driver-mechanic. In the aft niche of the tower is a conveyor type ALD. ALD is fenced off from the combat compartment with a 60-mm shield. Shells and ALD are protected by 40-mm armor along the sides and 30 mm in except. In the explosion of the combat laying, the fodder niche is destroyed, the fighting compartment is protected from debris. MBT is equipped with APS without anti-propulsion. The APS includes a 7.62mm remote-controlled machine gun and aerosol grenades.
P.S. In view of the curve of the stabilizer's operation along the X axis in the game, I realized only the stabilizer in the Y plane.
P.P.S. Sorry for Google translate
less 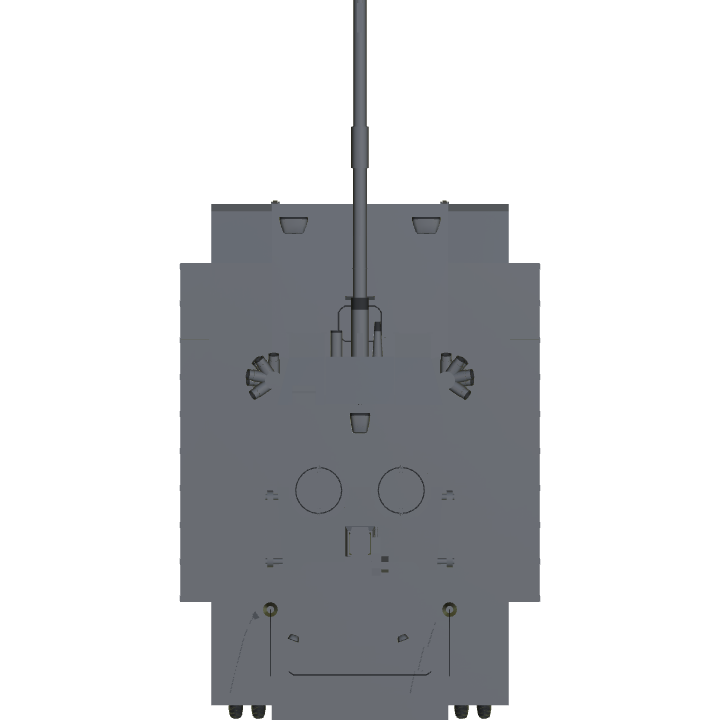 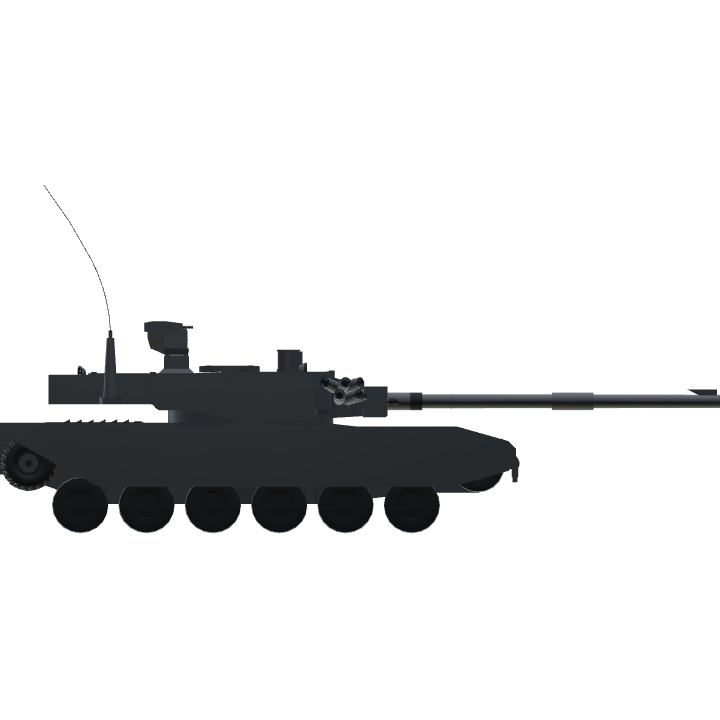 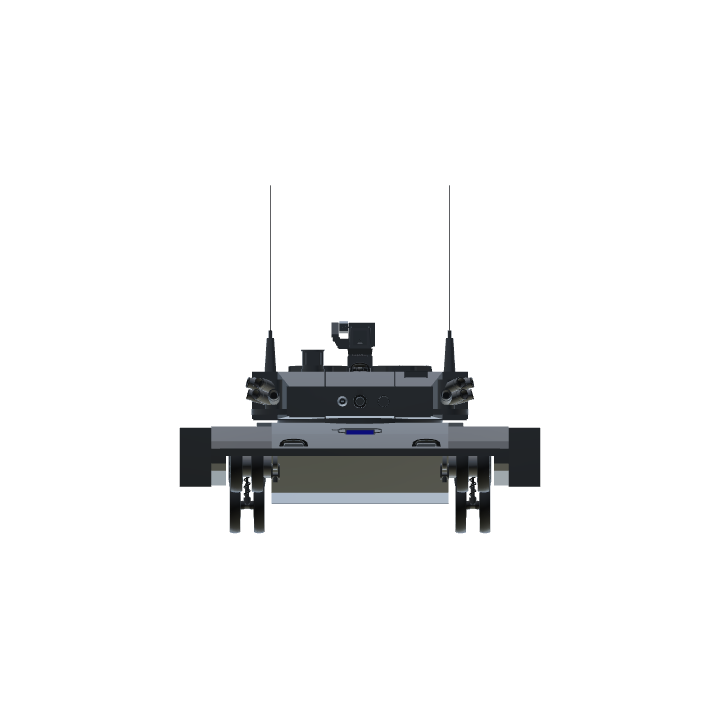