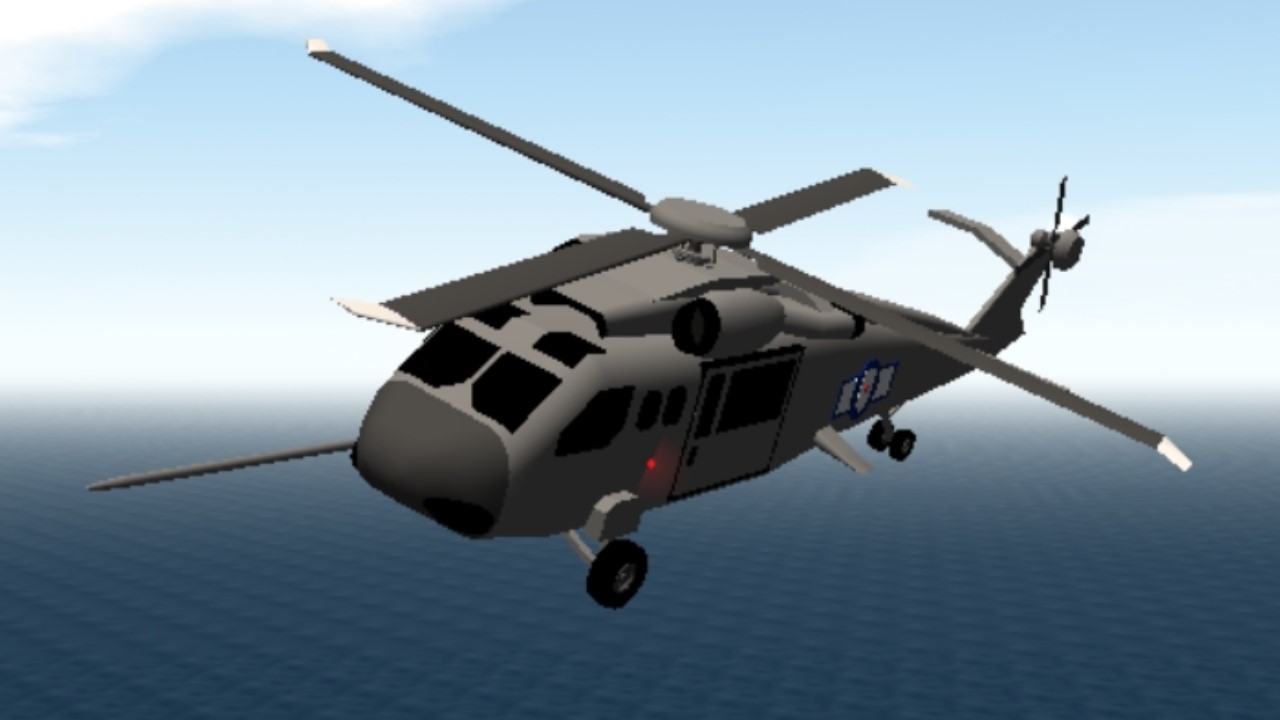 Hmm.. idk why i use japanesee language but its okay im still learning about that language. Back to topic players!

VHM VH-88 Blackfoot is an Military Helicopter wich is used by Atlantia Republic. First designed since 1988 at Atlantia during Cold War, well this is an tactical medium transport Helicopter. By the way Atlantia designed this Helicopter for battle with Slavian at 1986 until 1991, But conflict continued at 2016 until 2021 (idk when).

"Blackfoot designed for tactical medium transport helicopter during the conflict between Atlantia and Slavian. After Slavian Federation declared war with Atlantia, Atlantia designed this Helicopter for the strength his military. With an cheap price and modern style helicopter at that time."

Yeap, this helicopter looks like modern style Helicopter but with a cheap price to make it. And also now has 100 model was being produced until present.

Designed for ARNA and ARN

ARN is usually used by the Atlantia Republic Navy for sea and land defense (for land around the coast). during the war this variant was used to transport personnel to the mainland which was located a little far from the aircraft carrier.

Well for ARNA it is usually used on the ground, and also this version is used in certain missions and operations. ARNA itself was also used during the war between the United Antlantian Republic and the Slavian Federation.

Droping off the troops into Battlefield during Battle of Snowstone

This transport helicopter consists of 2 pilots and 8 passengers.

Be careful! This weakpoint of this Helicopter is on a Rotor, because the rotor are more sensitively than the body.

Phoenix 3-1 : "We good. We near at the territory now, ready to drop off

HQ : "Good, sometimes there has an AA Turret and AA Missile, be careful!

Sound of Main rotor has been exploded

Be careful with AA Turrets, it can be an Nightmare for you!

Flares and chaff is an standart self defense for Blackfoot, well it has limited. However you can use it to be an stunts. Some stunts used in Blackfoot spinning + launching flares idk what name that stunt.

Tony : "Oh my god, its so cool and fantastic! I never seen that stunt"

Tony : "BUT, save those flares. Because flares are more expensive than the helicopter!"

M134 has medium damage, but it can be overheat.

Hydra 70 well i forgot how much rocket is it. It has limited rockets tho.

Mike aimed to the AA Tank first with his CR-55 Greyhound. Luckily there were only two AA tanks, so he could use them.
After that, he shoot it with M134 + Hydra 70 to the Slavian trucks.

Niko : "Hmm.... you looks happy to shoot that convoys"

Mike : "Haha! because this is pretty fun!"

Niko : "Well, whatever even im not piloting this Heli."

Niko : "All of them has successfully taken down, lets go back to the base!"

He has been taking out all convoys without left a bit. After that, Mike and Niko go back to the base for Reloading his Weapon to used again.... Mike looks like Psycopath as well. Definitely not, he is military not an psycopath!

Waiting for the peace

VTOL for Up and Down

Trim used for if you want to faster

Finally!! We are in Trivia... well check it now

Note : Im not an pro Helicopter builder, so i apologize if there are flaws and mistakes in this Helicopter

Dont forget to Upvote or spotlight if you interest for this! 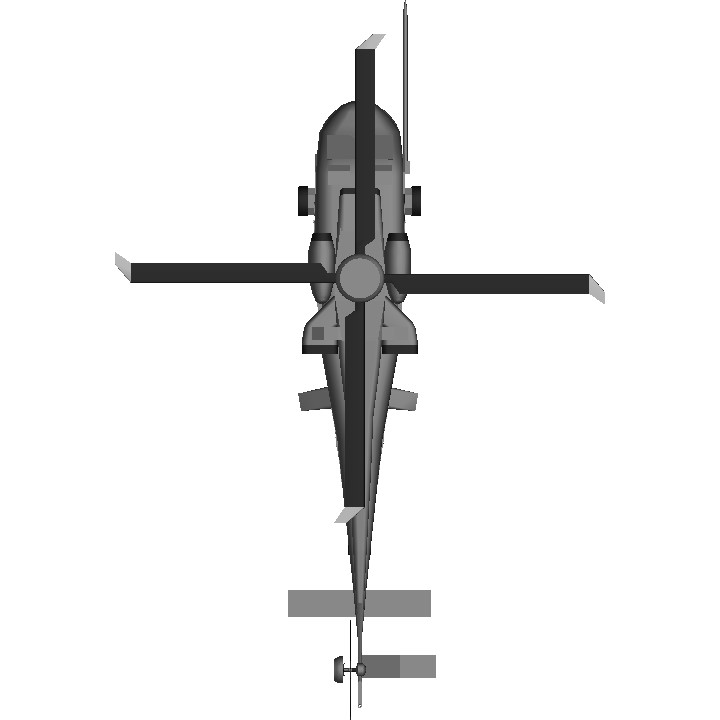 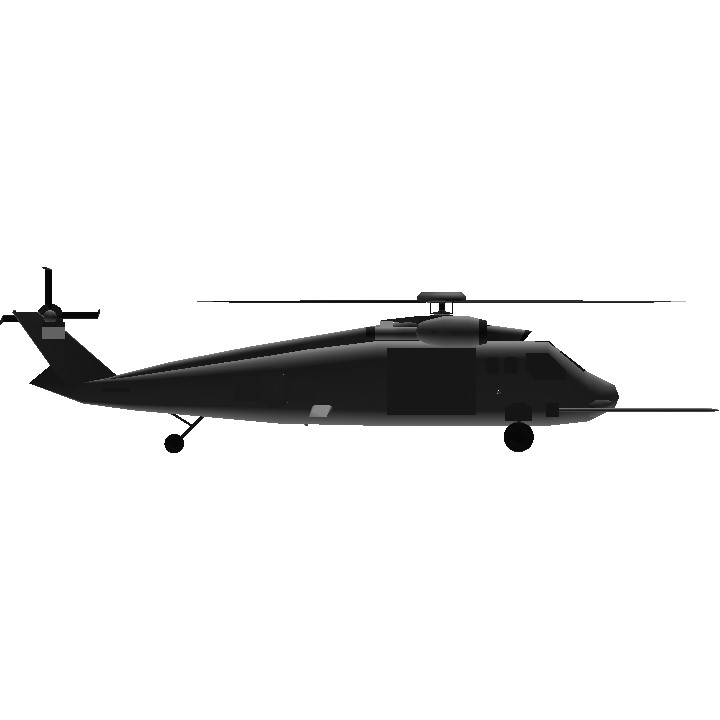 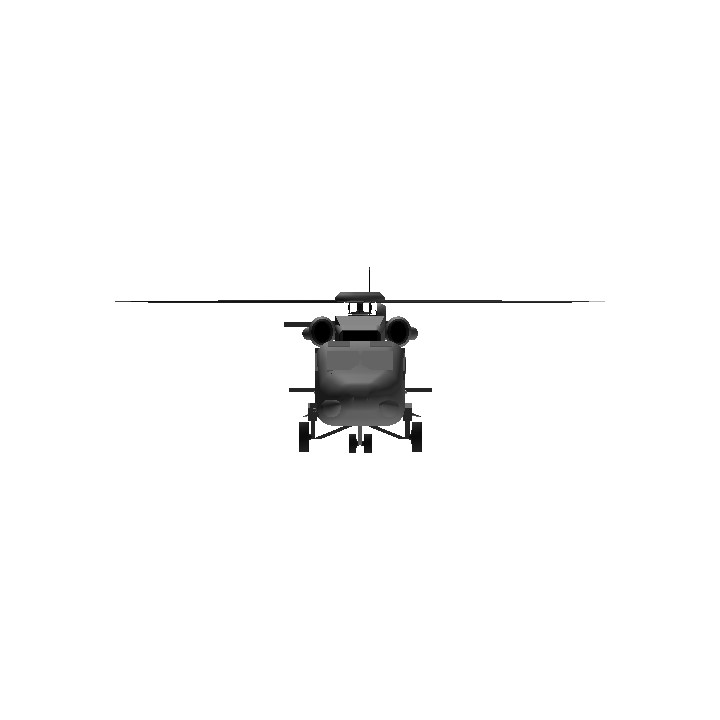