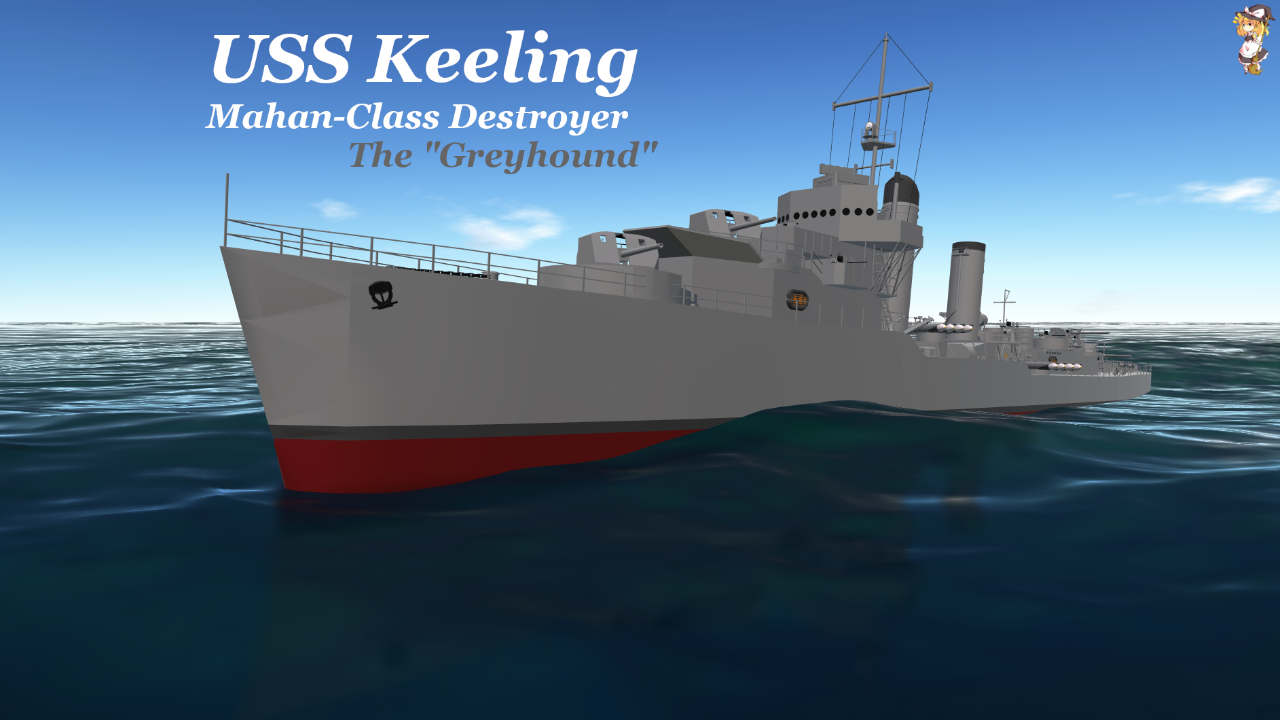 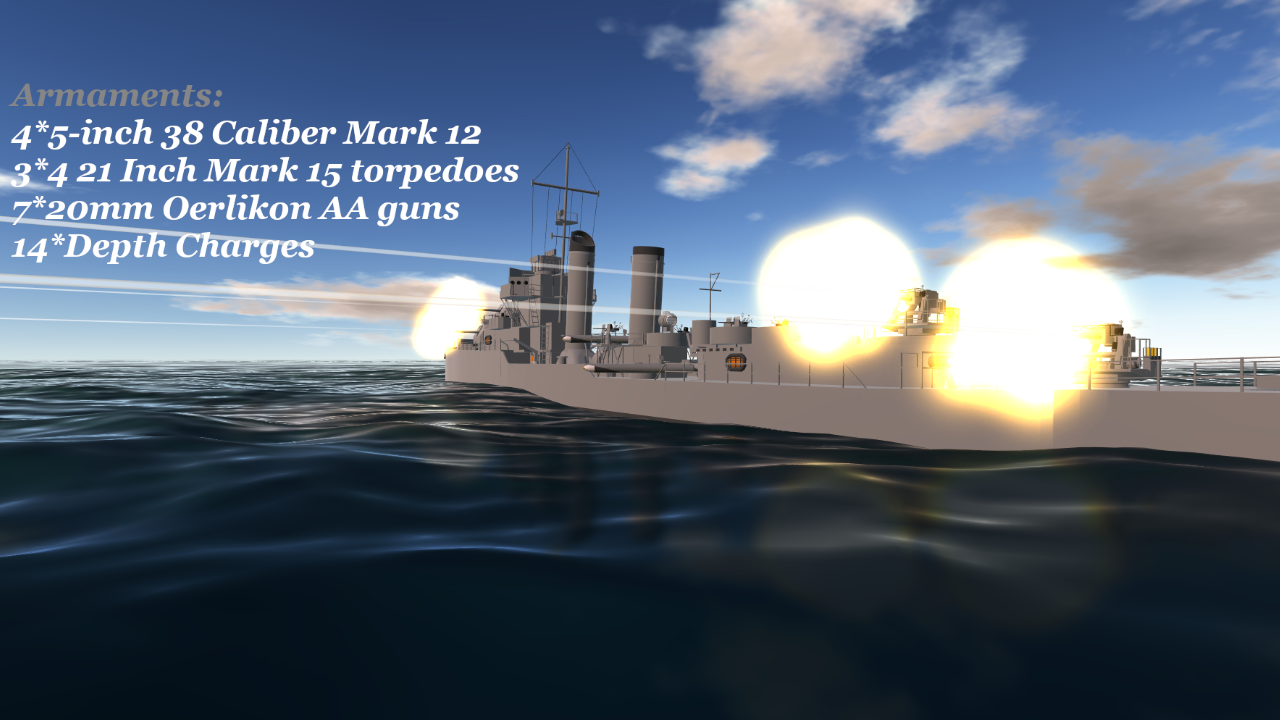 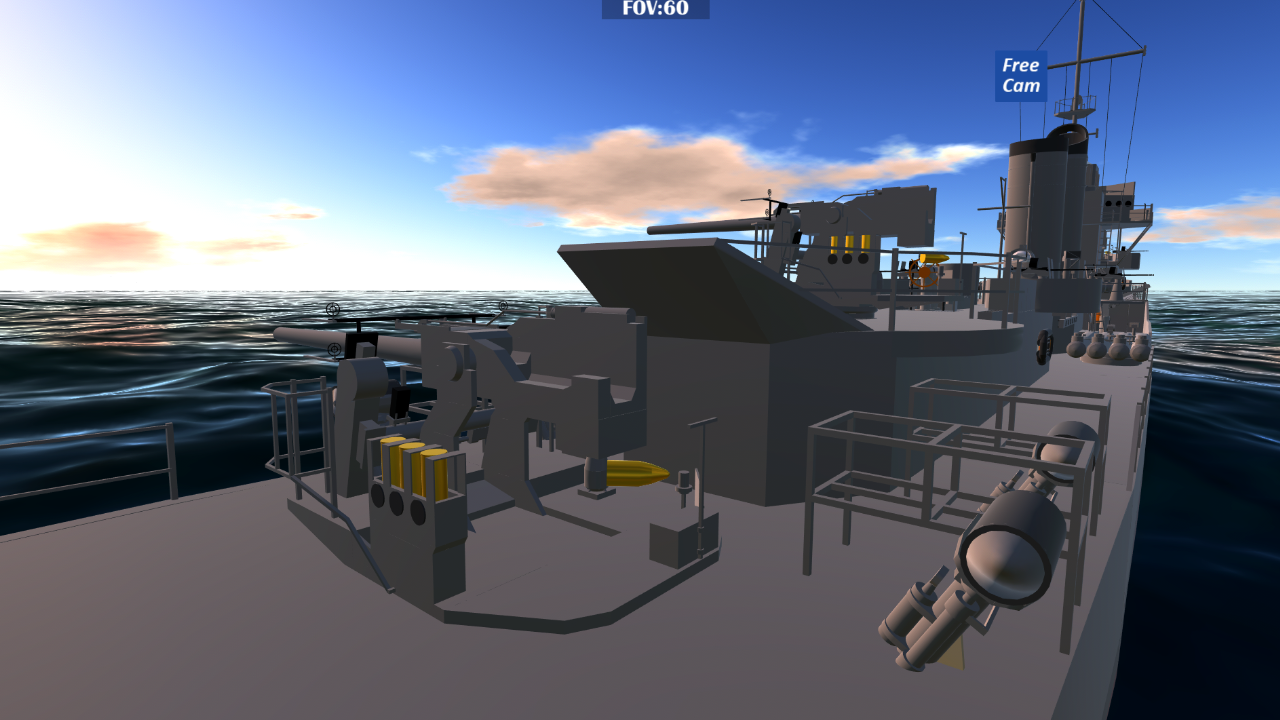 -“Be sober, be vigilant; because your adversary the devil, as a roaring lion, walketh about, seeking whom he may devour.”

The USS Keeling is a fictional Mahan-Class destroyer who is the star of C. S. Forester's The Good Shepherd. During her first patrol with Commander Krause, they managed to sunk multiple U-Boats and completed their mission.
Recently she came back in a motion picture with a Fletcher Class hull and was captained by an ex-Army Captain. But since he also owns a fishing boat at some point he did a remarkable job.
Well, I guess this is probably one of the first Mahan on site. I was doing this as a pet project and let's say...things got a bit out of control and here we are with a 4000 parts build.
To enjoy this build, Ocean mod is recomended
Here are some nice pictures

The 20/40/60m weapons are for the depth setting of the Depth Charges, just launch them and the charges will deploy. However, for your long-term health, it is advised that you don't use the 20-meter setting, tends to blow yourself up.

The "Common" Shell type is your standard HE shells

And the "AAC" Shell type is your anti-aircraft shells
All the side-mounted 20mms are WASD controlled, but the front one has auto-aim.

AG8 for lights, Throttle to full ahead, brake to reverse, and yaw to turn.
That's all captains, Good luck, and fair seas daze 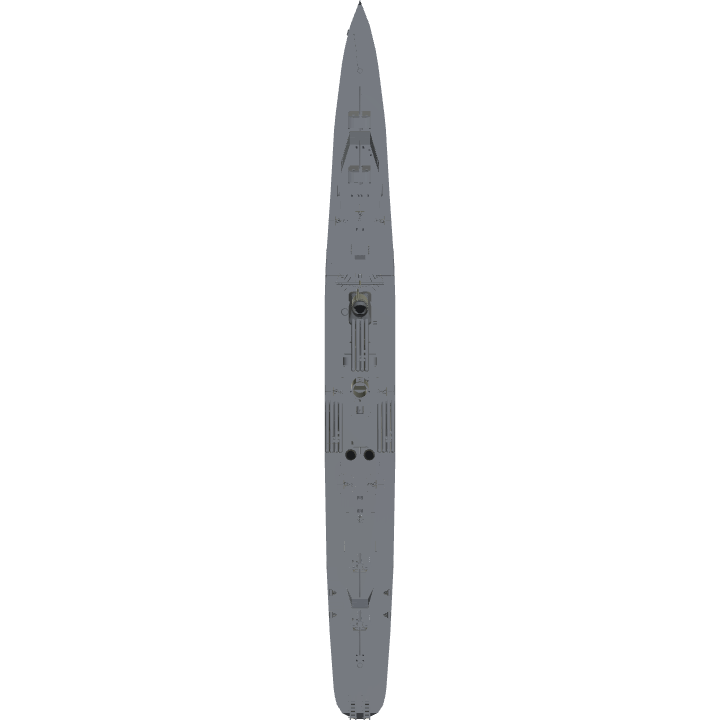 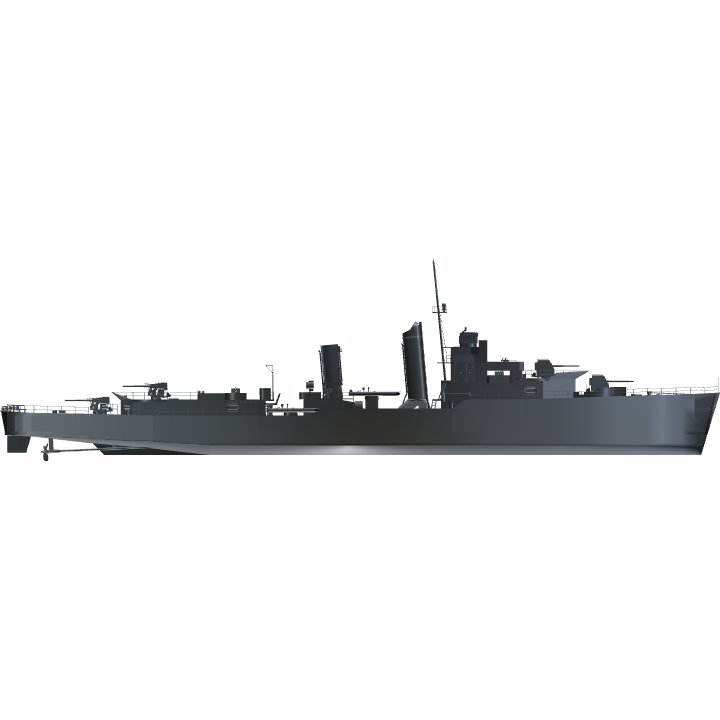 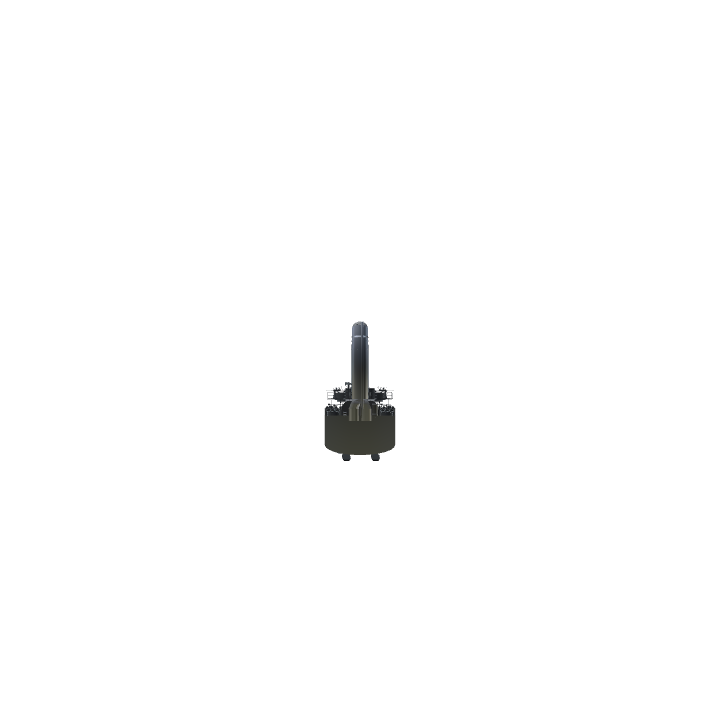