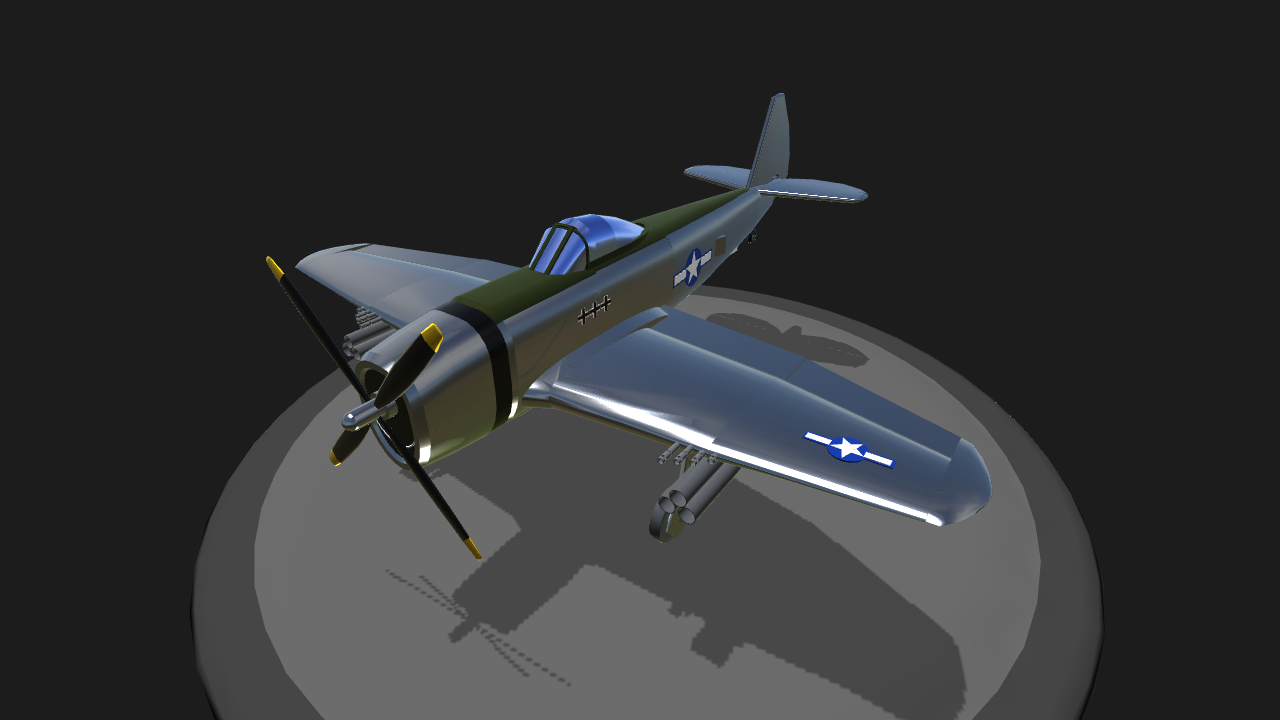 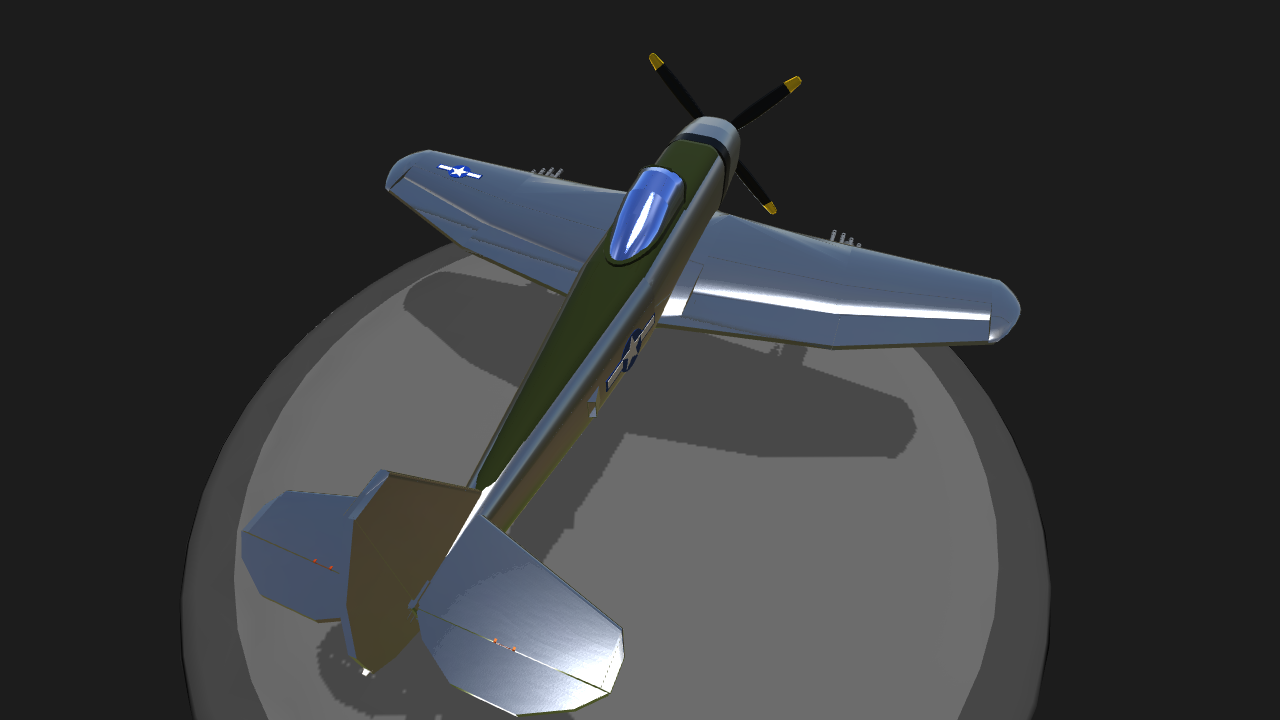 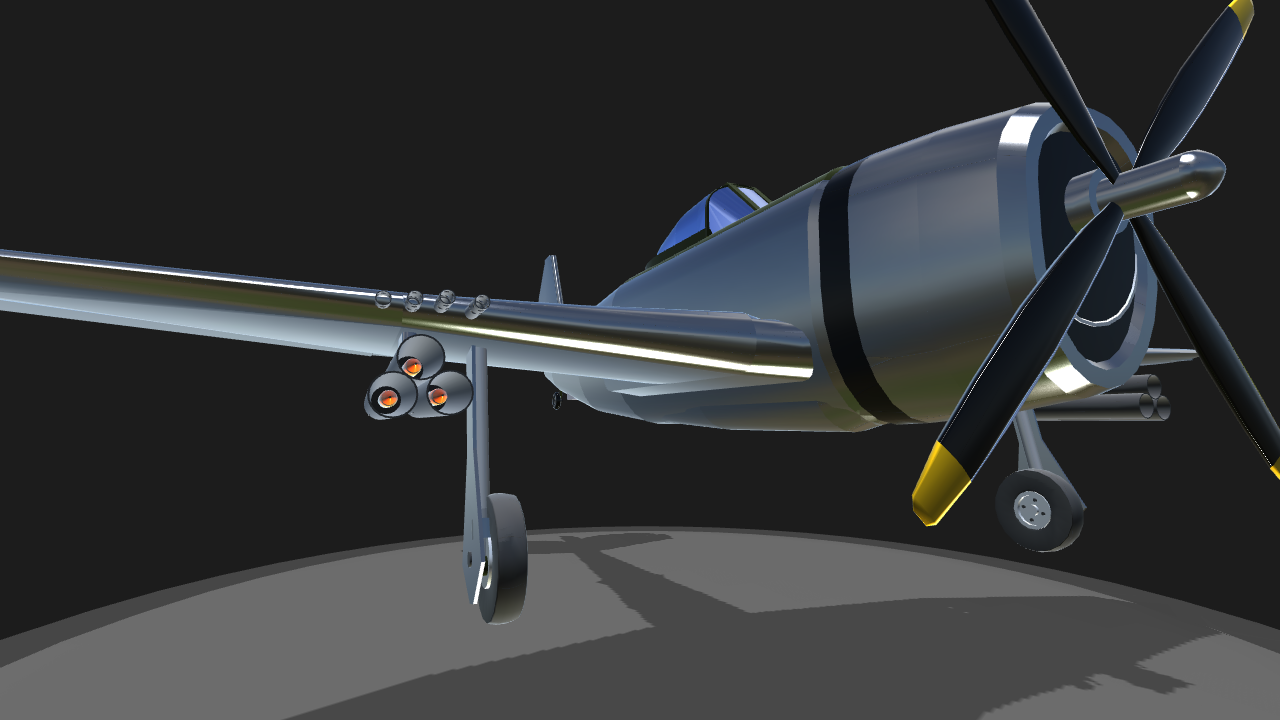 INFO
Hey guys, here's the P-47 I announce a while back, it’s been laid off over something and had AdlerSteiner work on it got a little while so give some credit for stars, and pain job in the aircraft,
EDUCATION

The Republic P-47 Thunderbolt was a World War II era fighter aircraft produced by the United States from 1941 through 1945. Its primary armament was eight .50-caliber machine guns and in the fighter-bomber ground-attack role it could carry five-inch rockets or a bomb load of 2,500 pounds.
More Info for the beautiful paint job and small details like stars and kill markings, also for getting the wing shape down for me to work with 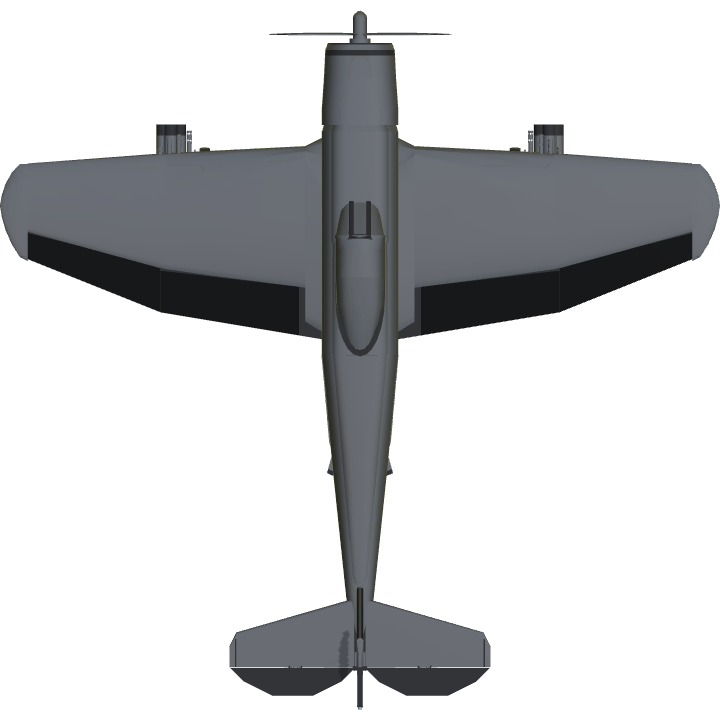 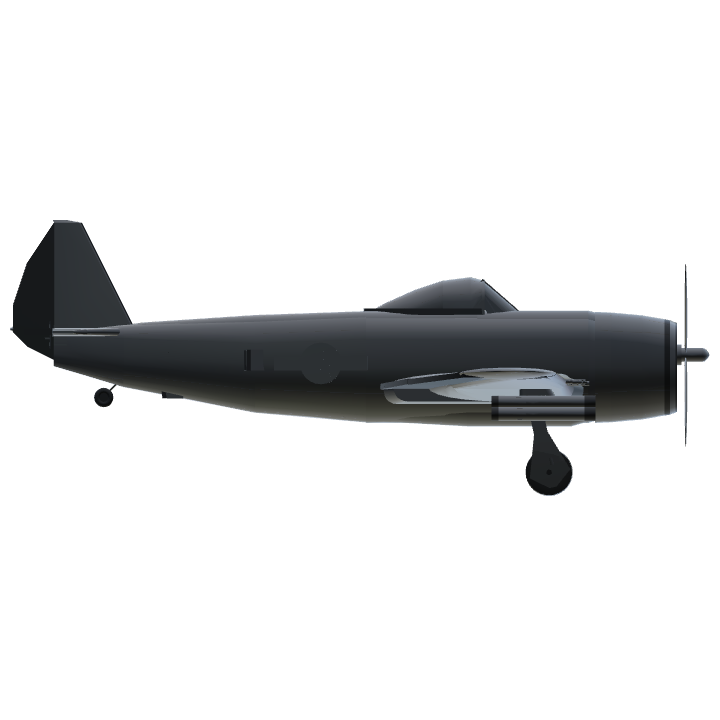 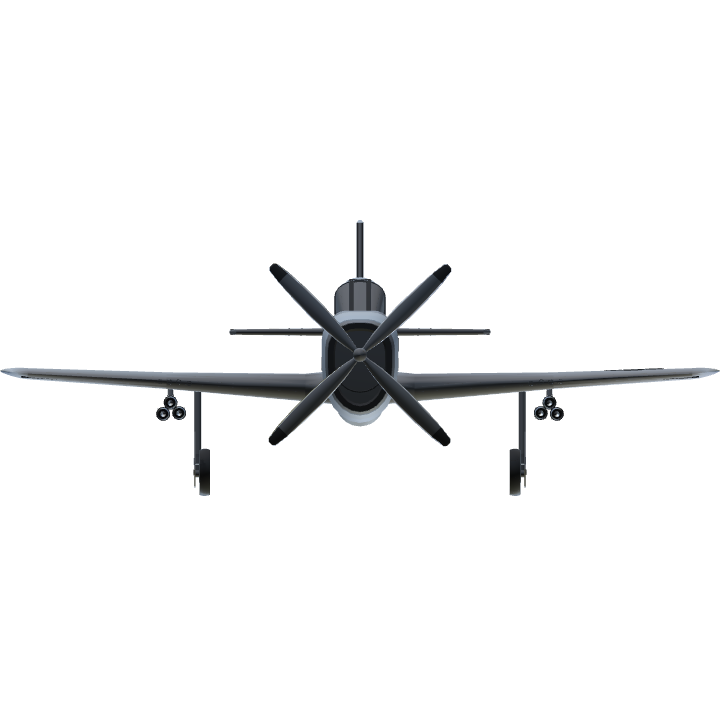