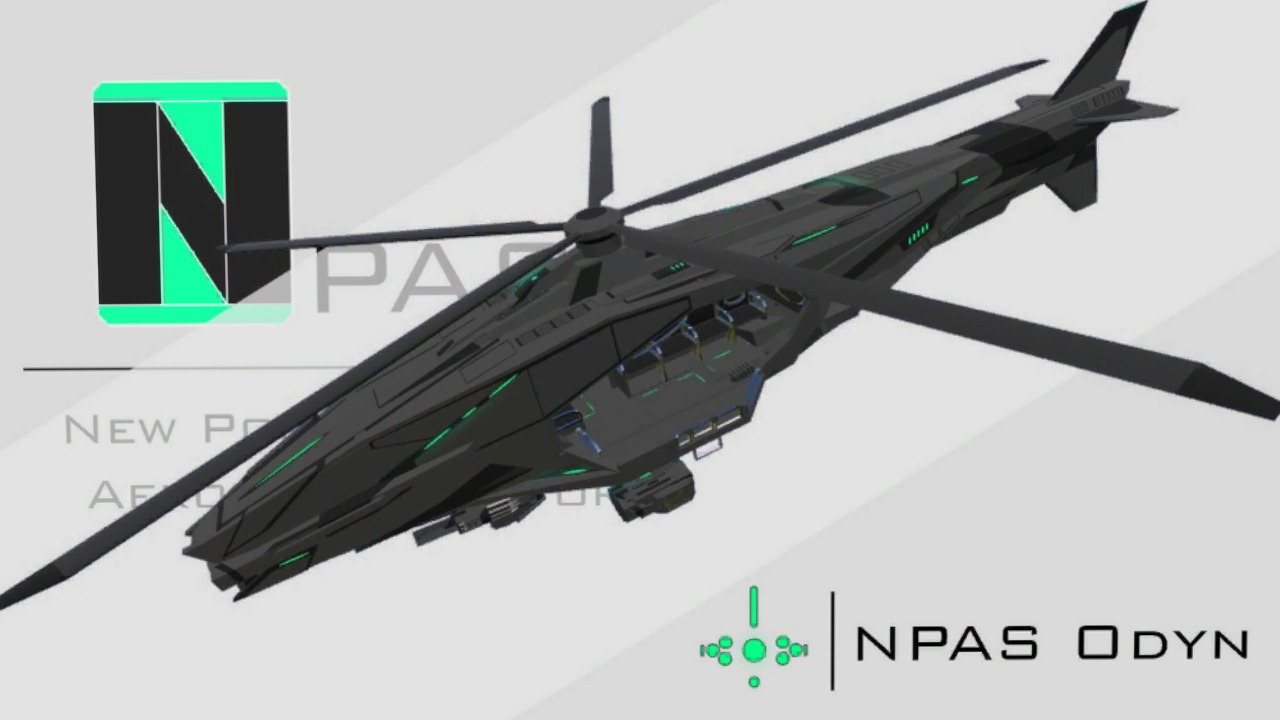 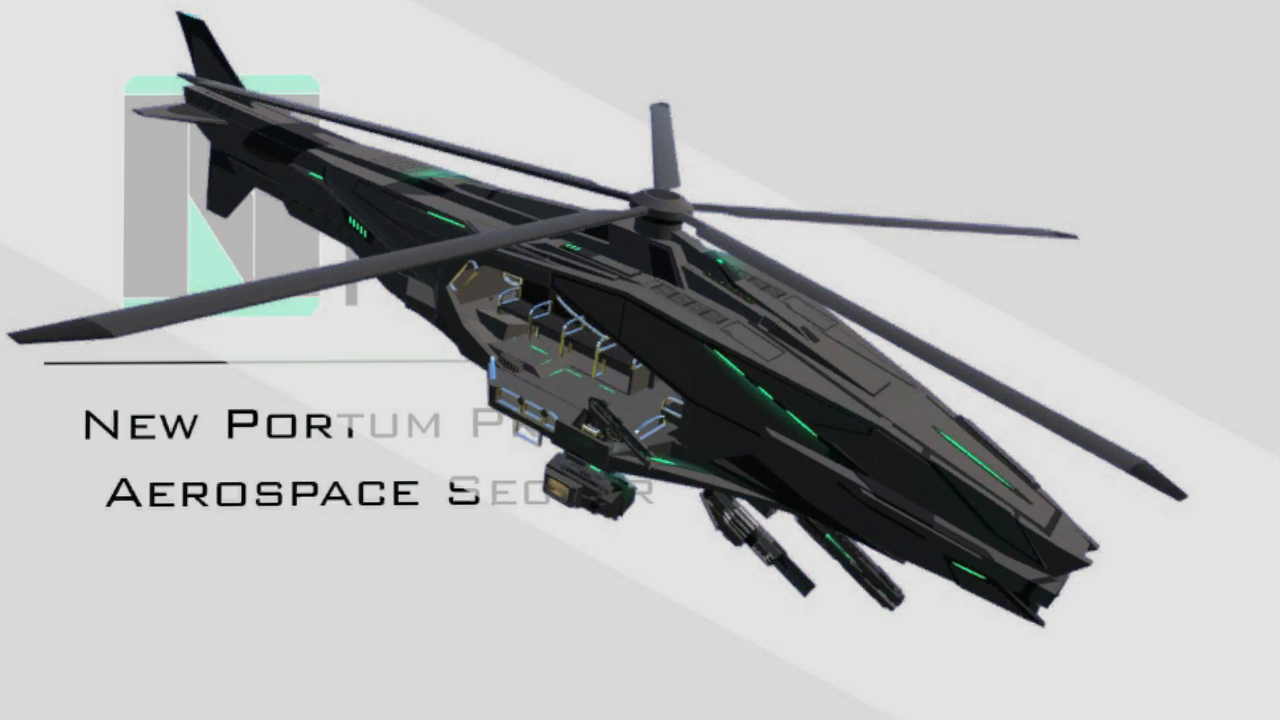 “All research and successful drug policies show
that treatment should be increased
And law enforcement decreased while abolishing
mandatory minimum sentences.”

After many requests, I have finally built a heli in my own style! I hope you all like it. On a side note, I have a habit of quoting song lyrics on my build. This one is no exception, from a great song by SOAD, made in 2002. In fact, I actually have a tradition of posting SOAD lyrics! If you do not like this quote, then feel free to contact me via discord. My discord is spefyjerbf#8985 . The moderation team reserves the right to moderate their website, but I ask that they do so on a bipartisan basis. I, too, reserve the right to moderate my comments section as I see fit.

Pitch, roll, and yaw to move the helicopter
VTOL for collective (UNSTABLE WHEN FULLY UP)
Trim for gun elevation (All mounted guns!)

The helicopter automatically corrects to keep you level
Note that the corrections aren’t very powerful. You will have to make some manual corrections!

The helicopter automatically corrects to, roughly, keep its current orientation
You will have to make an occasional roll correction

You will have to make corrections in every flight mode. This helicopter has a force imbalance that cannot be precisely accounted for.

The helicopter is hard to control at full collective. Go easy on the collective when you can.

Aim guns by adjusting your yaw orientation, and your trim stick. The guns will adjust for roll/pitch orientation when possible.

NPAS Odyn is heavily armed to address any conflict it may encounter. All included weapons are novel coded systems that primarily focus on air-to-ground confrontation.

NPAS H-DEC
NPAS H-DEC is a High-Draw Energy Cannon (H-DEC) that fires a two-round burst. If the weapon does not cool down enough, it will only fire one shot.

To use the weapon, select NPAS H-DEC in your air-to-ground menu. Fire it like any cannon. Use trim to adjust the gun’s elevation.

NPAS L-YAR
NPAS L-YAR is a Low-Yield Alternating Repeater (LYAR) that fires a rapid succession of charged bolts. This weapon is mounted so it can be used by an on-board gunner.

To use the weapon, select NPAS L-YAR in your air-to-ground menu. Fire like any cannon. Use trim to adjust the gun’s elevation. Enter ‘gunner mode’, where you can move the turret with pitch and roll, by pressing Activator 4.

Ordicor
Ordicor is a laser weapon that must ‘warm up’ before it fires. A slight charging delay is rewarded with incredible destructive potential.

To use the weapon, press and hold your fireGuns button until the weapon fires.

To use the weapon, select it from any weapon menu. Establish a lock (the range is quite short), and fire. Pressing and holding your fireWeapons button will release three individual missiles.

NPAS Odyn is a multirole military helicopter designed by New Portum’s Private Aerospace Sector (NPAS). The helicopter is remotely piloted, which allows its entire crew to be deployed in the field, while NPAS Odyn provides air support as needed. As a result, NPAS Odyn is a popular choice for quickly deploying personnel in rapidly-developing situations.

Perhaps the most notable characteristic of NPAS Odyn is its rotor configuration. The helicopter uses a single main rotor to generate lift, but it also lacks a tailrotor. On a standard helicopter, this configuration would be impossible, as a tailrotor is needed to counteract torque generated by the helicopter’s main rotor. NPAS Odyn, then, differs from traditional helicopter design by using a specially-designed Yaw-Axis Torque Generator to counteract rotor moments. The torque generator will be discussed in section 2.

Read the rest of the description here! 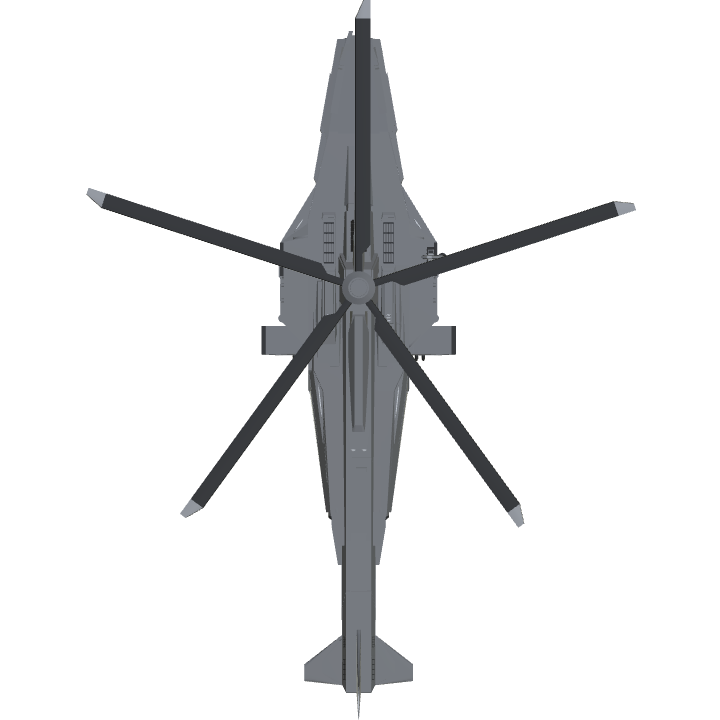 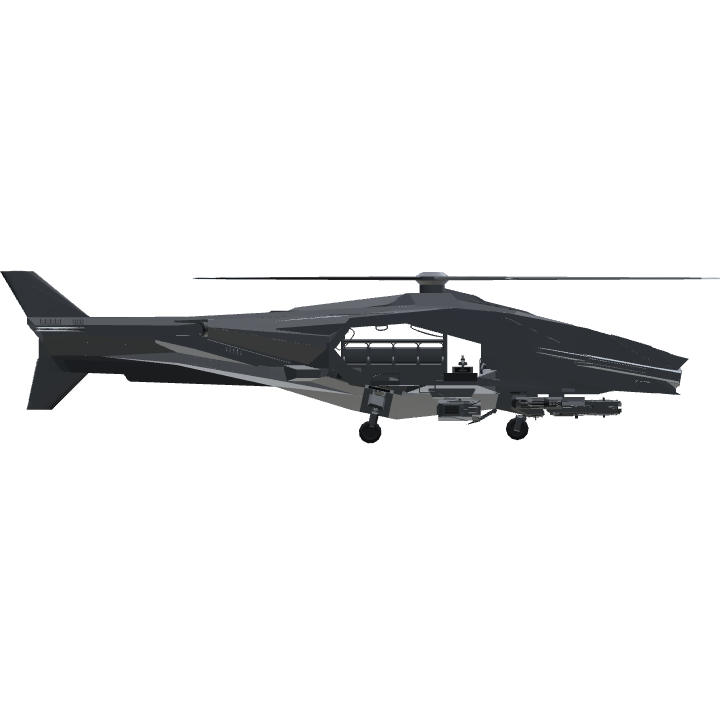 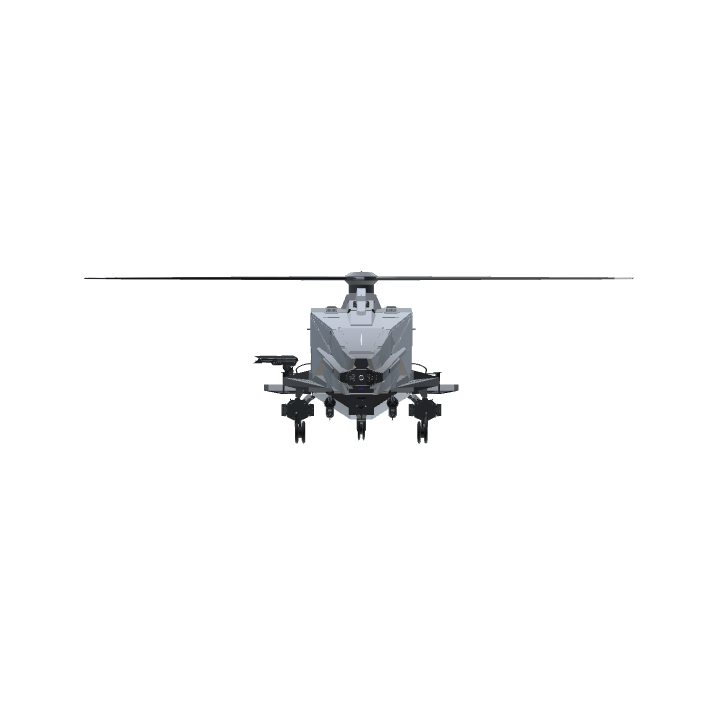