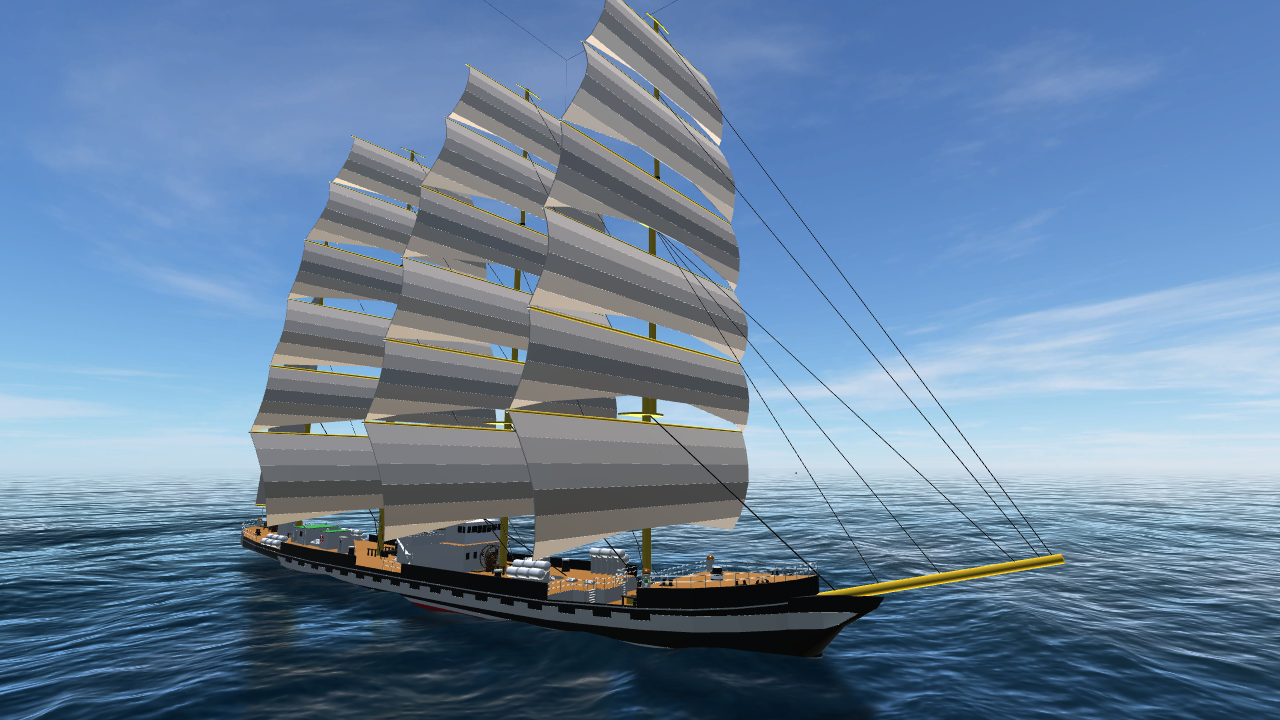 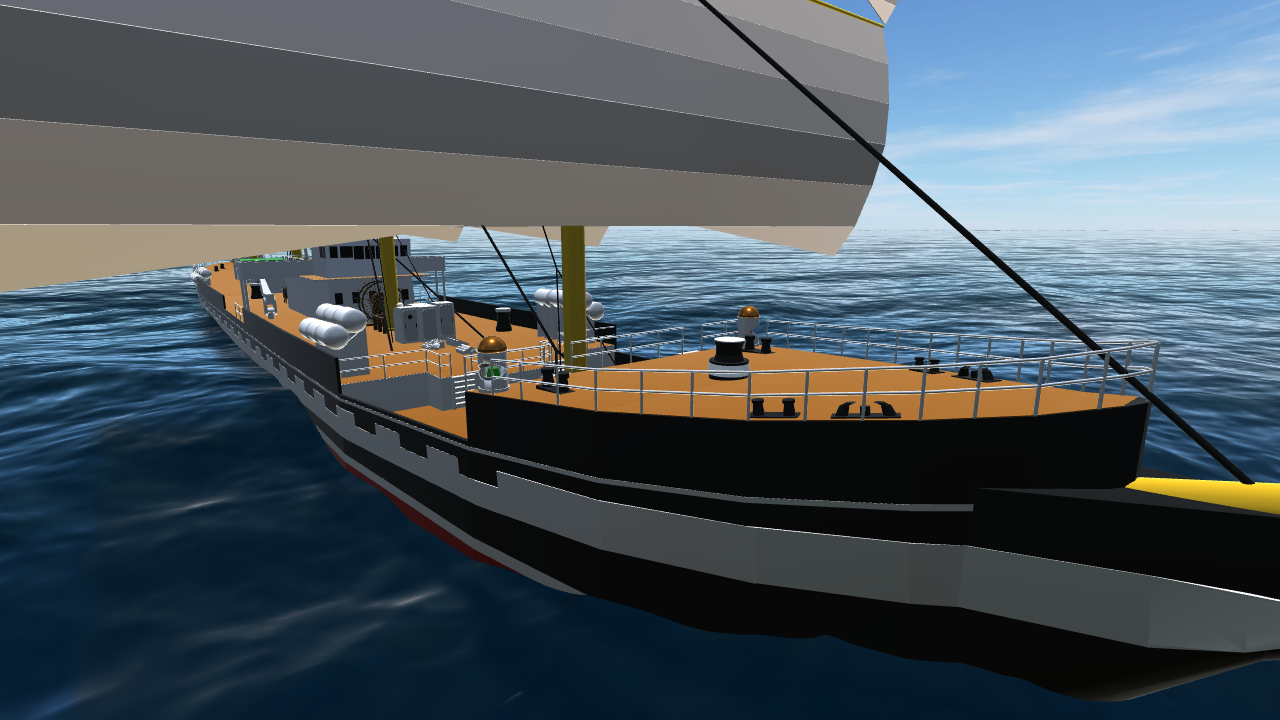 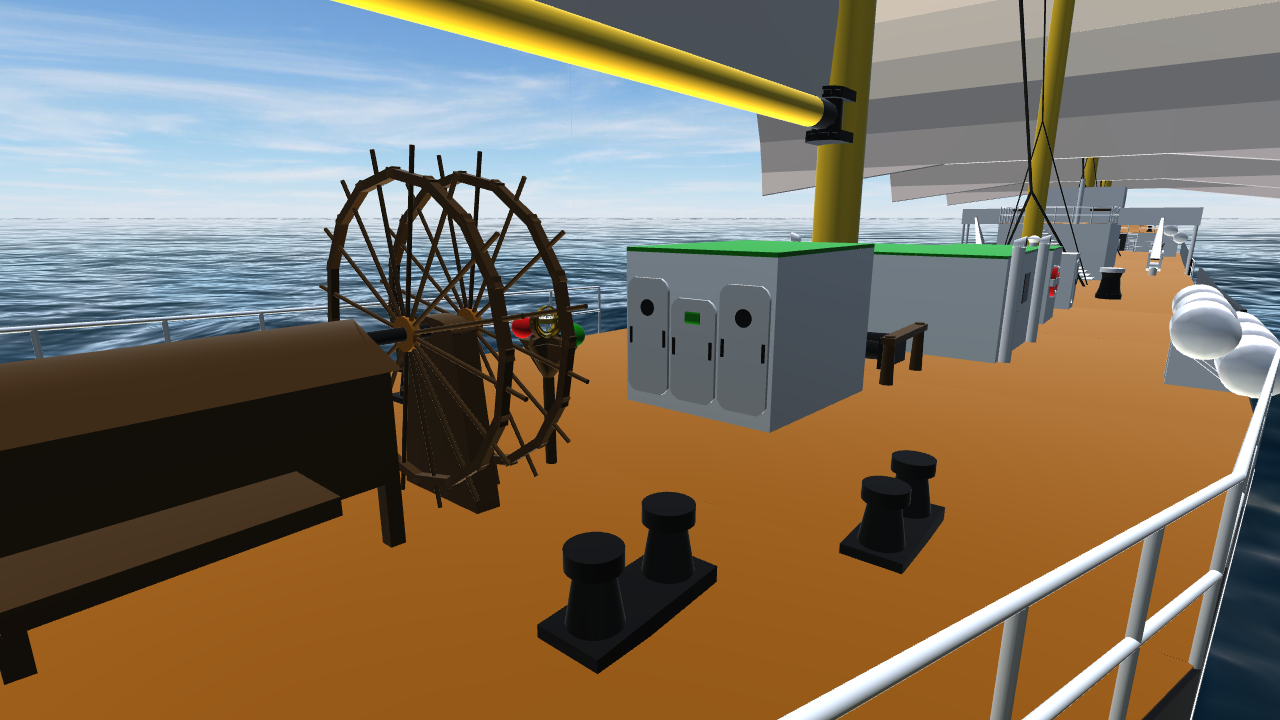 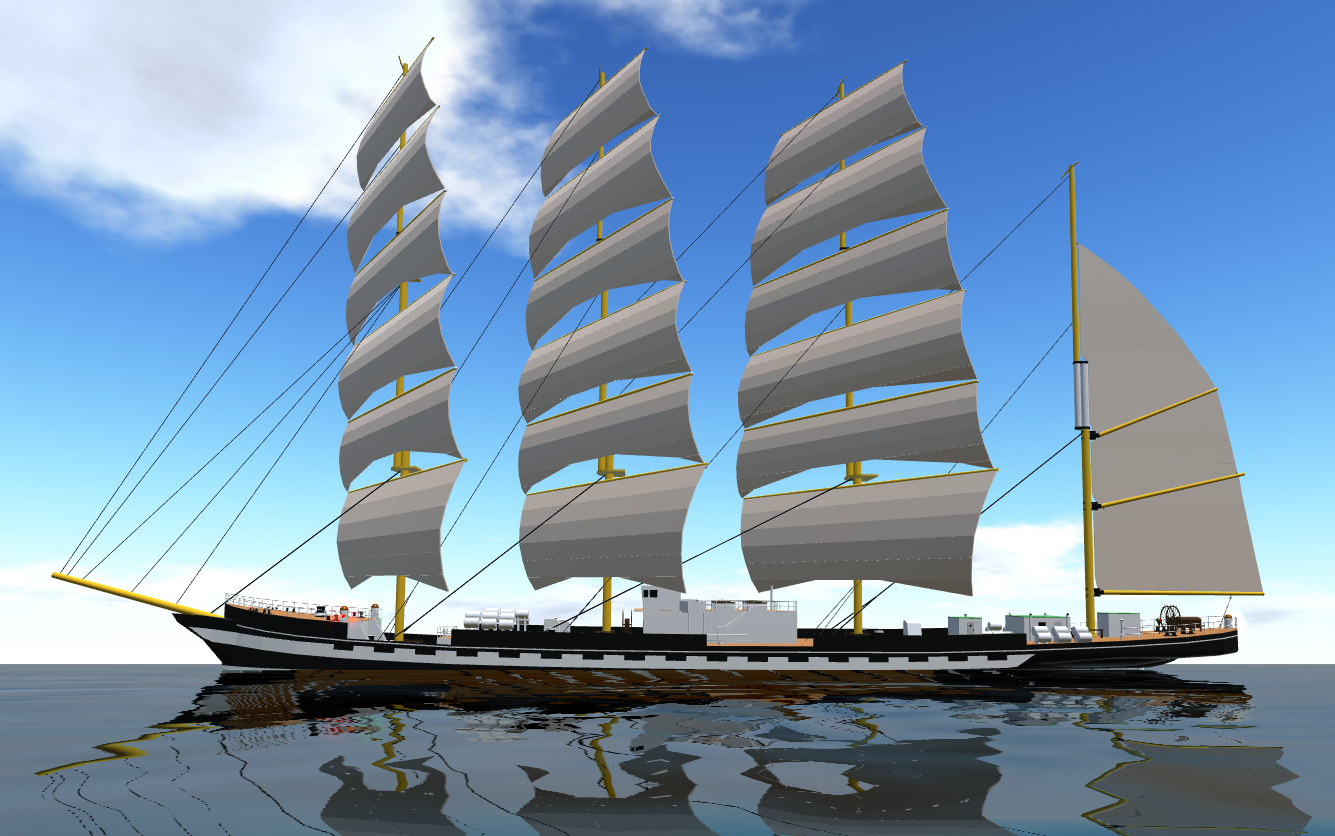 1926 the Padua was built by the famous German shipping line F. Leisz as one of eight four-masted barques - the legendary Eight Sisters. Leiszs ships were known as the most reliable and fastest windjammers, passing cape Hoorn in few days and safely delivering saltpeter from Chile to Europe. The Padua even holds an unbroken record for a Hamburg - Chile - Australia - Hamburg Jurney in eight months and 23 days. After WW2 she was - like some of her sisters - surrendered to the allied forces and given to the USSR where she was refitted, equipped with two engines and renamed to Kruzenshtern. She now serves Russia as a training ship and is the last remaining flying-P-liner in service. 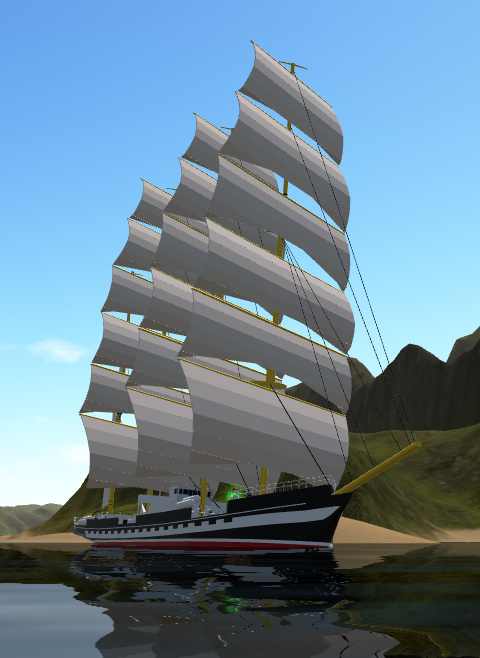 VTOL for sail control, AG8 swithches the controls of the mizzen mast sails on and off
Throttle to start the engine, Trim to control the movement
AG1 can flood the emergency tanks to balance the ship out when the heeling is too strong
Roll to steer 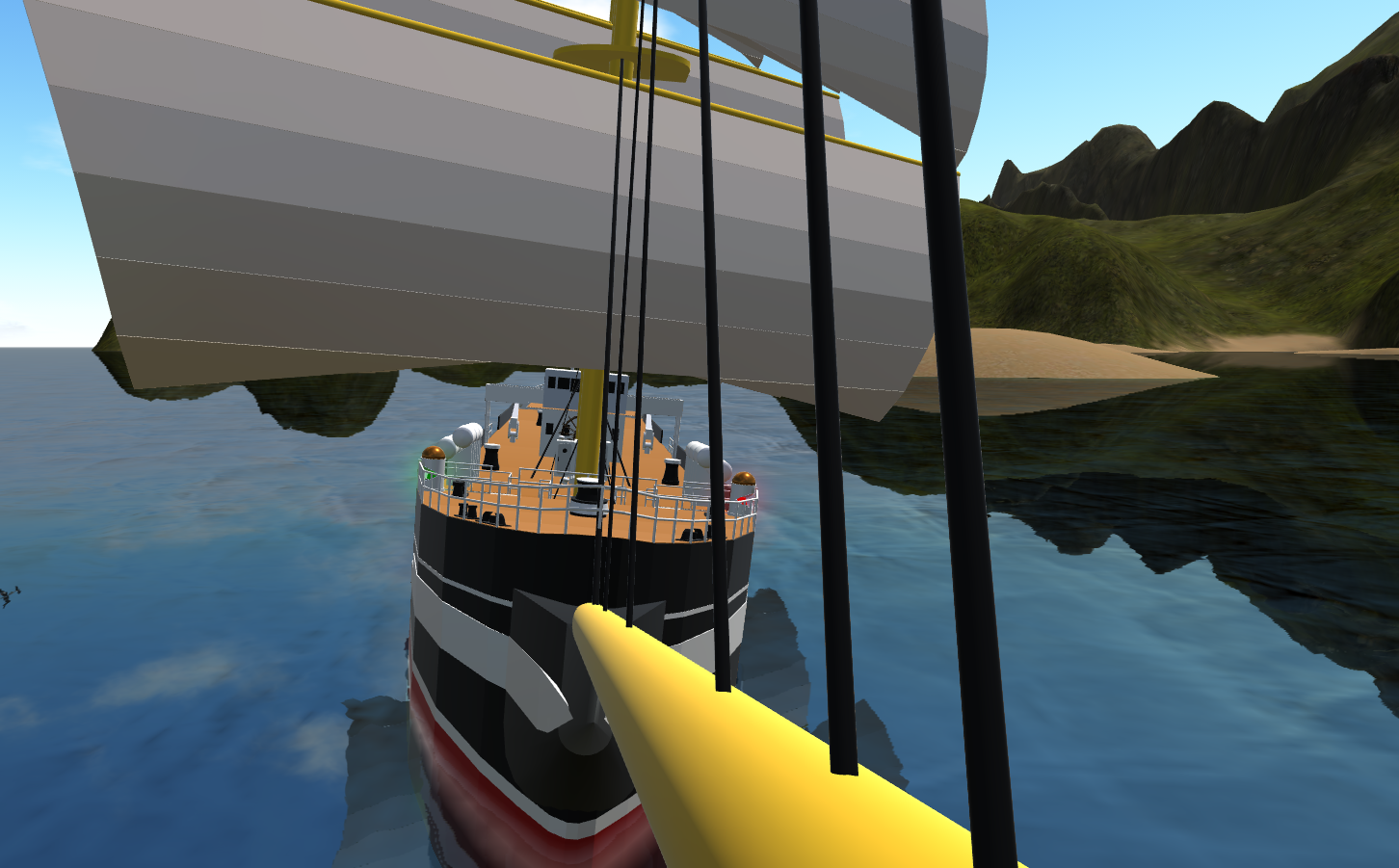 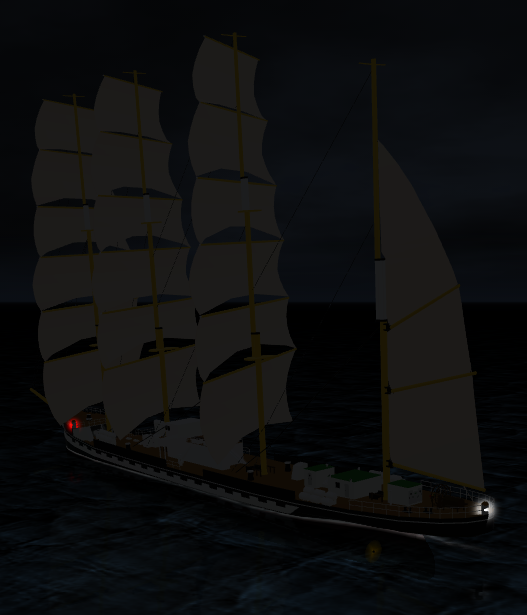 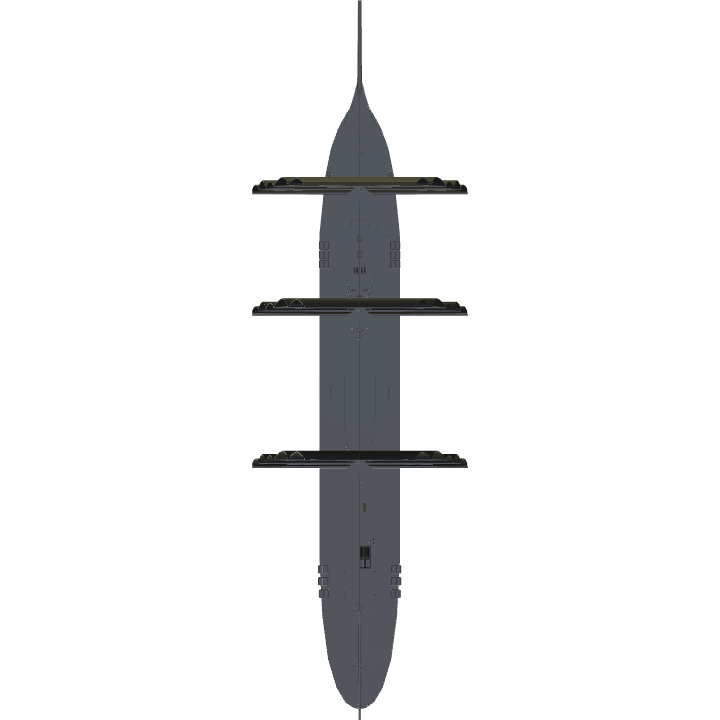 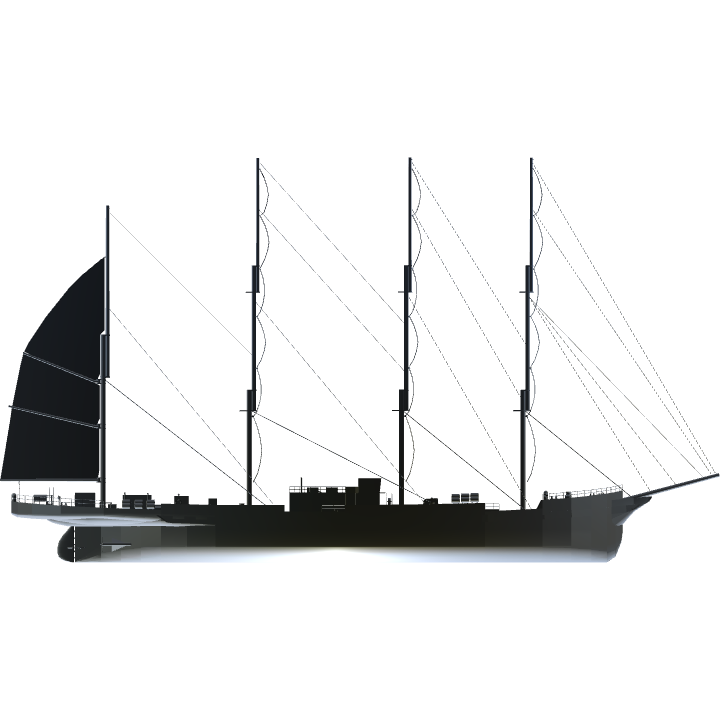 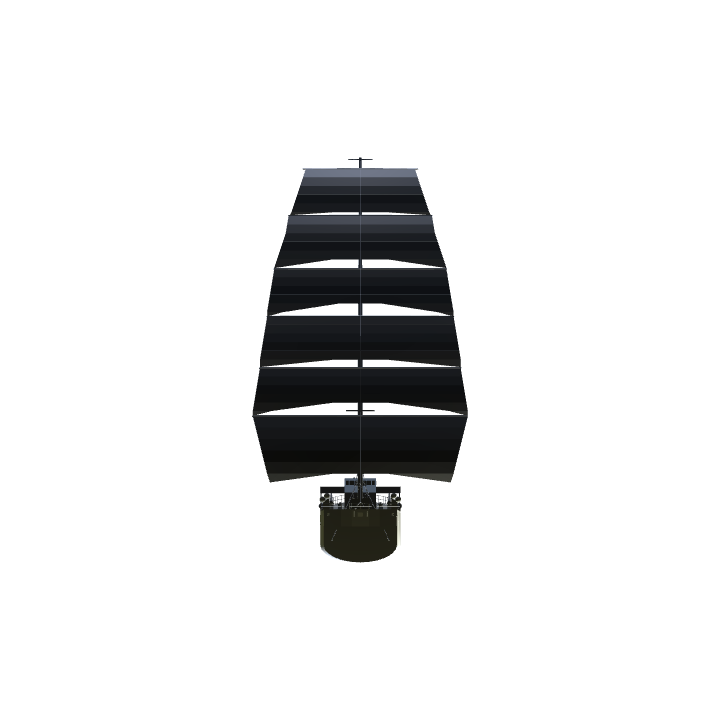