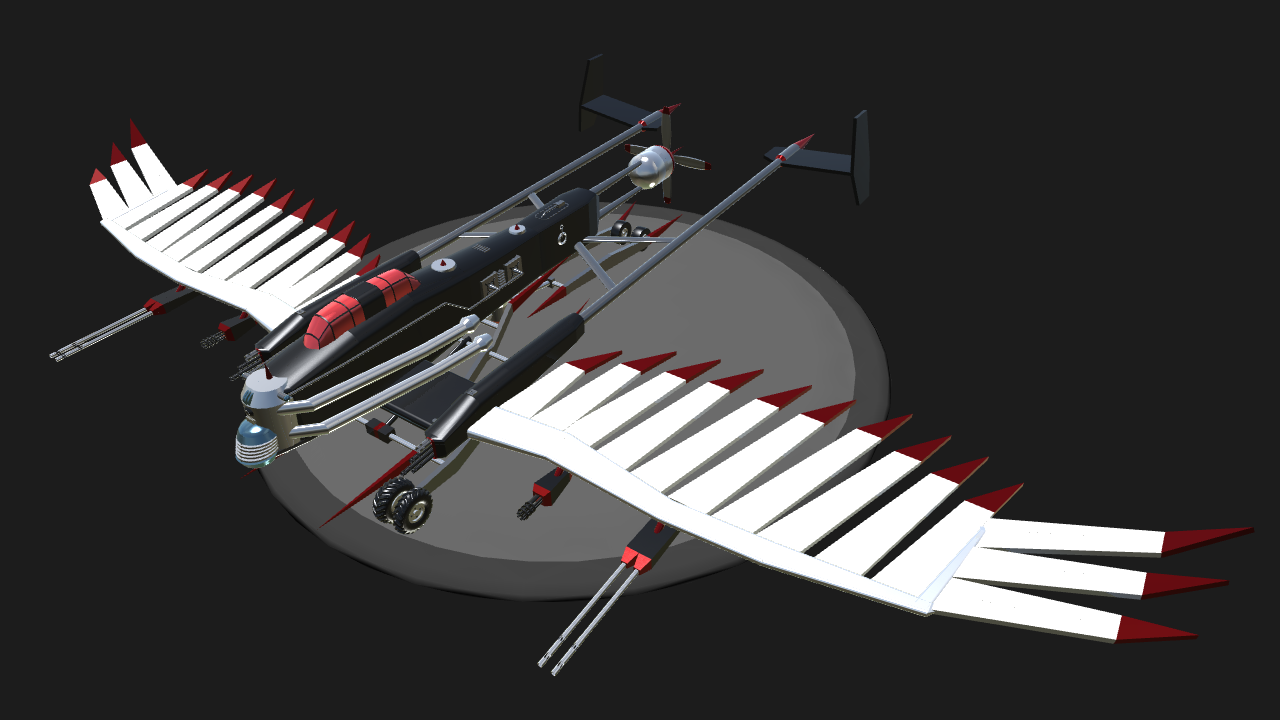 In a parallel universe somewhen: His Majesty’s Aircraft “Fallen Angel” is a fast and powerful fighter which will greatly strengthen our air fleet with its agility and powerful armament. The craft is armed with eight automatic guns (AG1), two rotary cannon (AG2) and four long barreled pump cannon (AG3). For landing, reduce throttle to three tenths of full for initial descent, three twentieths for final approach then once over the landing area threshold, power off and glide to land. As always, messages welcome. ADDENDUM: since the last update, this plane may stall when pitching hard: to mitigate, increase the dead weight in the thin disc on the front, 2nd down, to 1000lbs 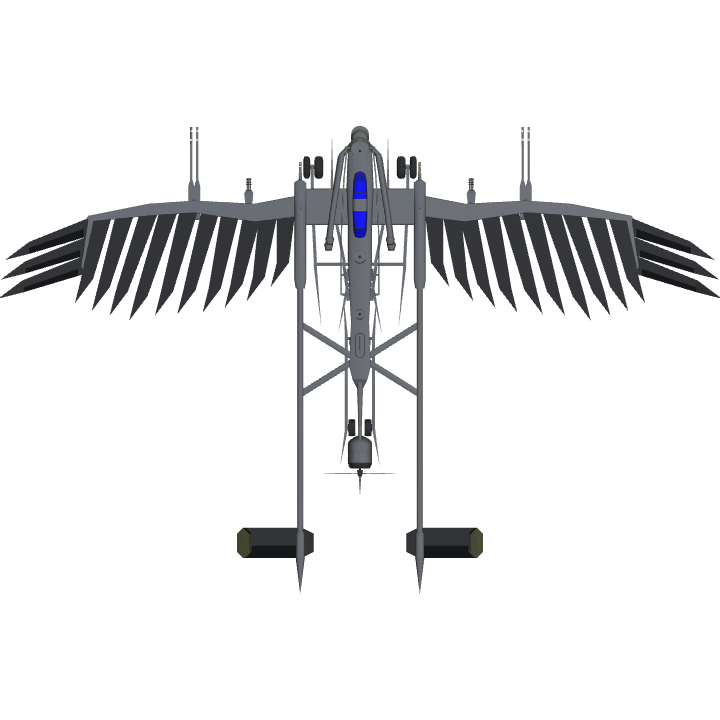 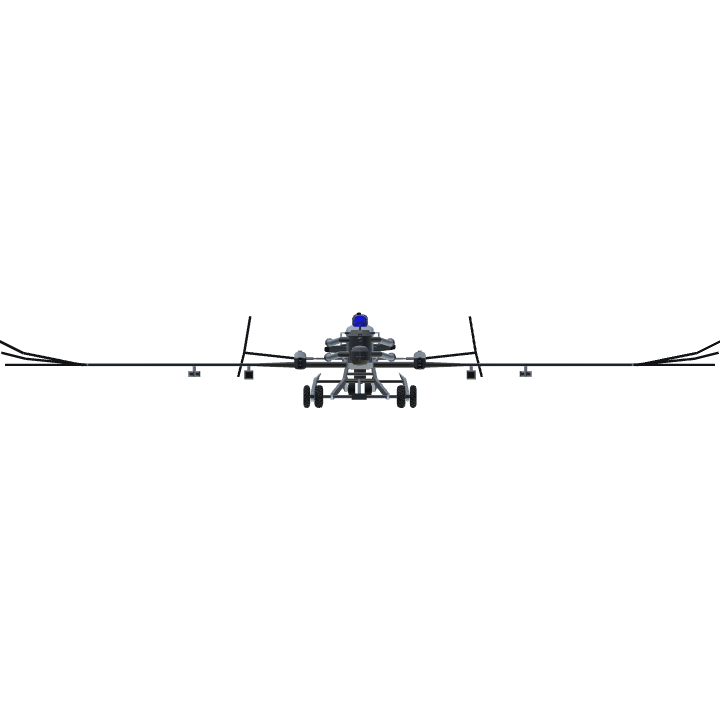