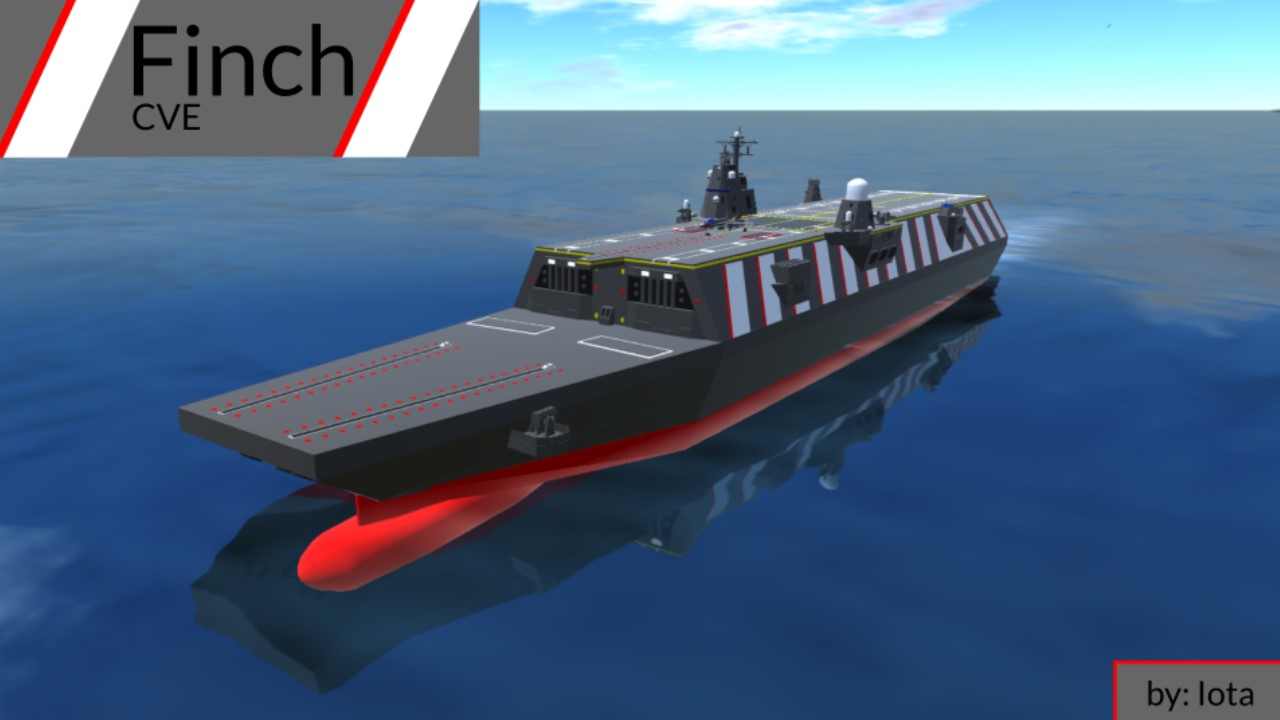 Hey-hey lads, after a few long months I am back at Simpleplanes!
This is the Finch class Escort Carrier, it is my first watercraft upload and it is not to my standards, but I hope everyone has fun with it!

The Finch class CVE is a 252-meter long vessel built to take on missions that require more versatility than Supercarriers while retaining the ability to launch carrier-based aircraft.

2 CIWS and 4 SeaRAM launchers are equipped on the standard FInch class, both are controlled with VTOL (Direction) and Trim (Elevation).

Standard Finch class vessels are equipped with 32 Vertical Launch Cells.
In this upload, it is loaded with 24 STAMLMG400 Surface to Air missiles and 8 STSMLMG2 anti-ship missiles.

A Finch class can carry up to 36 aircraft on full load, to save part count I only placed 10 on this ship.
To launch aircraft, select "S8" and launch it at a surface target, fireGuns to fire the plane's machine gun.

Tips
-Turn off the throttle when reversing, and don't bring up landing gear while moving forward.

NOTE: THIS SHIP IS BUILT IN 1/12 SCALE, FOR REAL LIFE MEASUREMENTS MULTIPLY DIMENSIONS BY 12

Kerlon for giving advice on the hull and propulsion,
Thelegitpilot13 for being a cool guy,
the kind people who have helped me on my journey,
and most importantly, you too, random citizen. 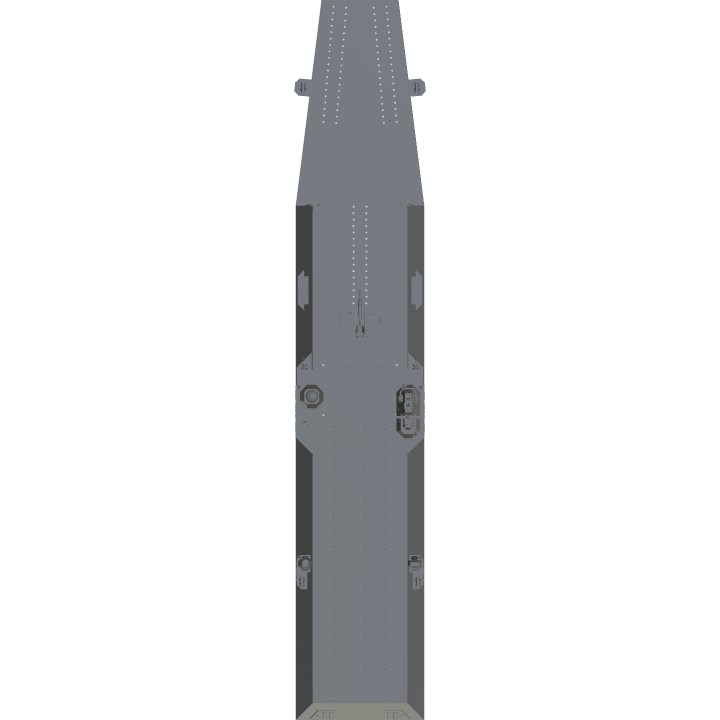 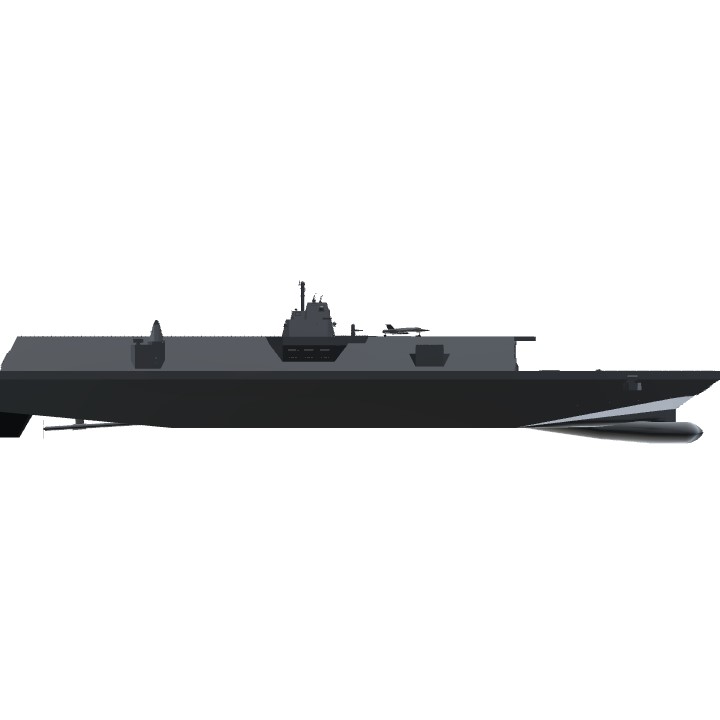 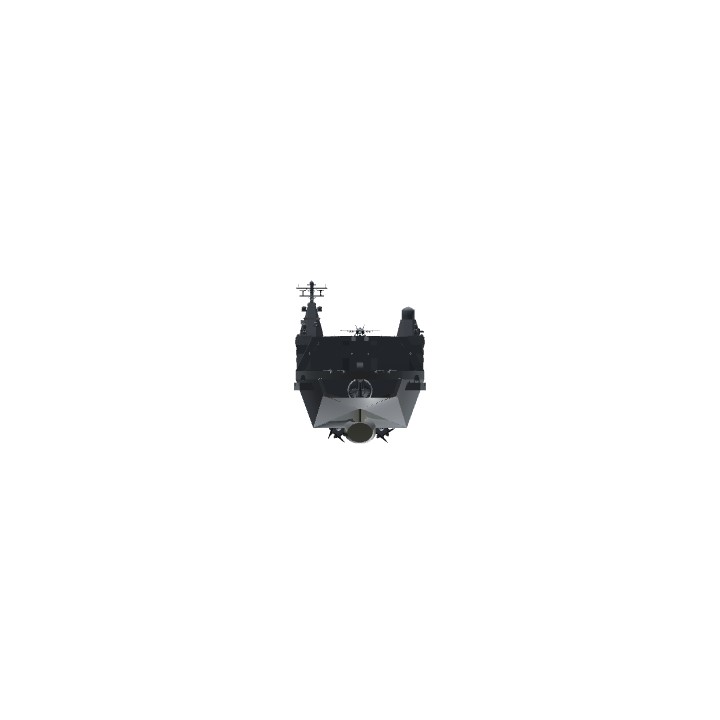