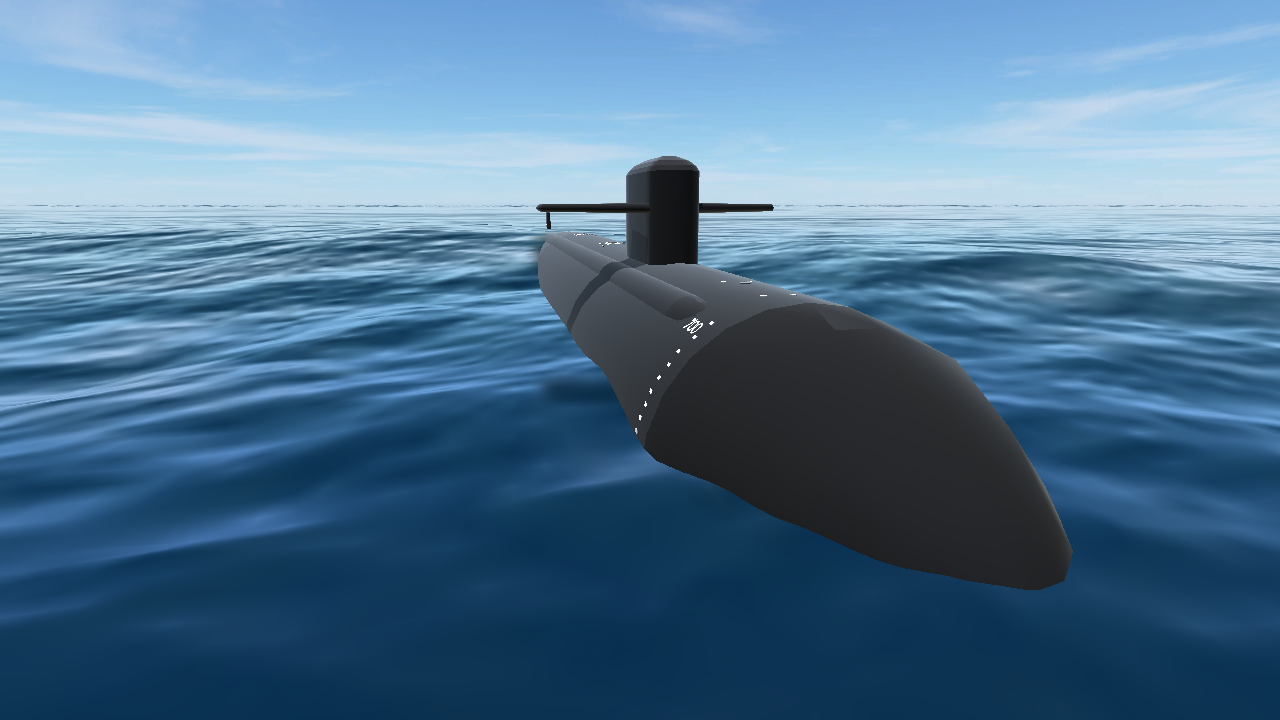 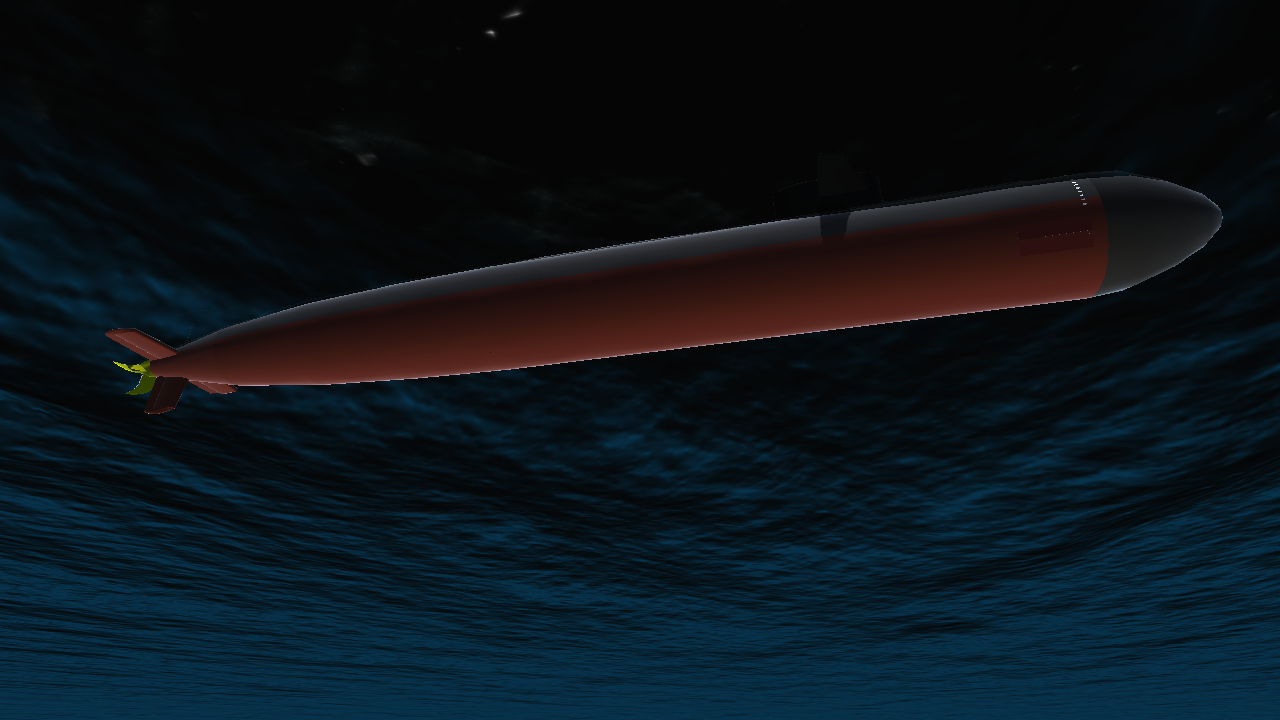 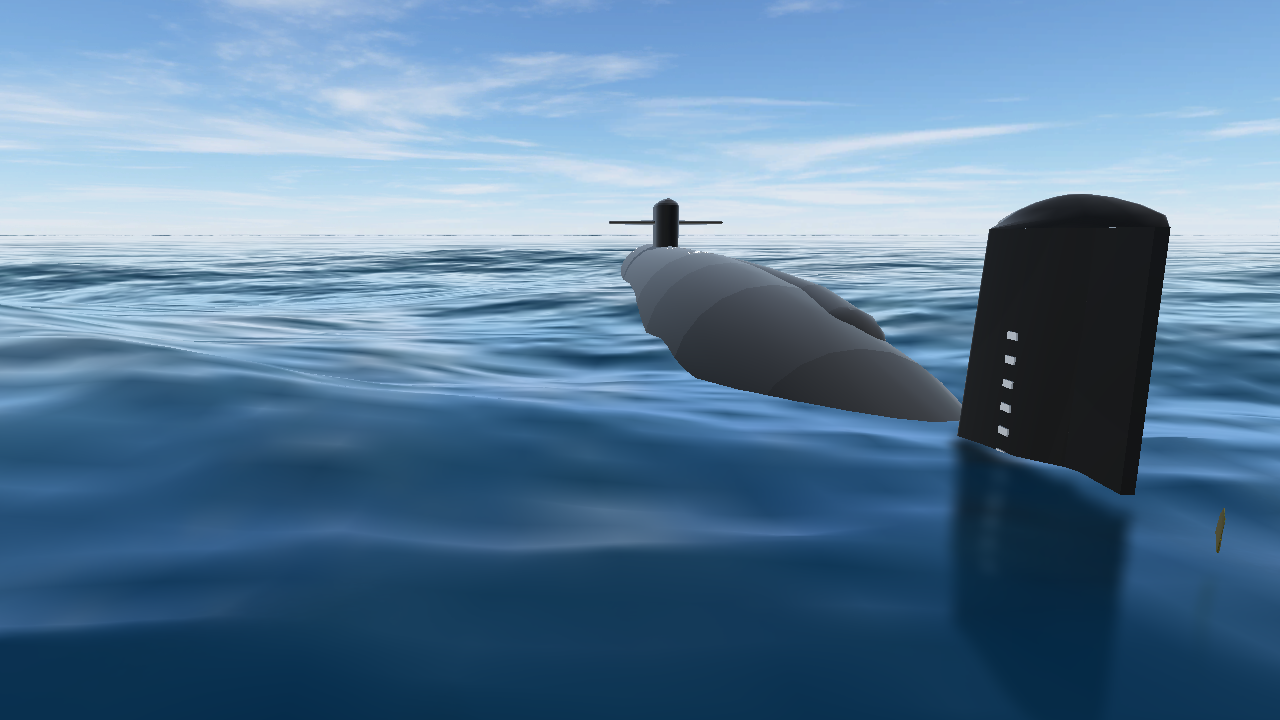 The USS Dallas is a Los Angeles-Class nuclear attack submarine of the US Navy, the 13th vessel in her class, and the first of her class to be fitted with an all-digital fire control system. Named after the city of Dallas, Texas, she is the second vessel to be named Dallas, after a Clemson class Destroyer, DD-199, and two cancelled Des Moines-Class heavy cruisers. She was commisioned in 1981 and decommissioned in 2018, after 38 years in service. She completed deployments to the Indian Ocean, Mediterranean, the Persian Gulf, and the North Atlantic, however is most famous for her role in the 1984 novel and subsequent 1990 film, The Hunt For Red October. The USS Dallas also participated in many exercises, including one with my Father.

This was knocked up in two days, as my first successful submarine, differing from previous attempts with a driving obsession and an understanding of how a submarine operates in simpleplanes. The build is not to scale or proportioned accurately, and the dive depth was chosen based on the maximum depth torpedoes can reach before disappearing, and the dive speed was chosen based on an acceptably fast speed which would not drag the engines down and cause a loss of power. 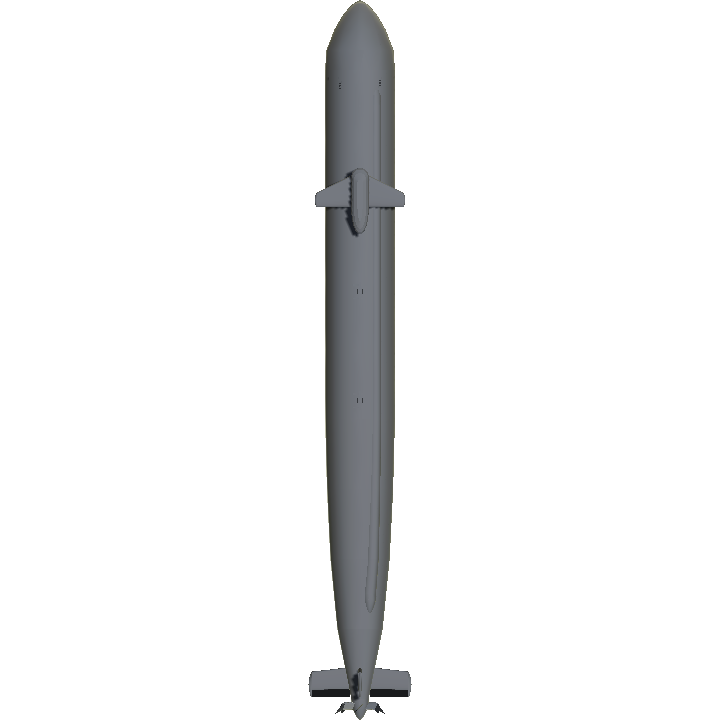 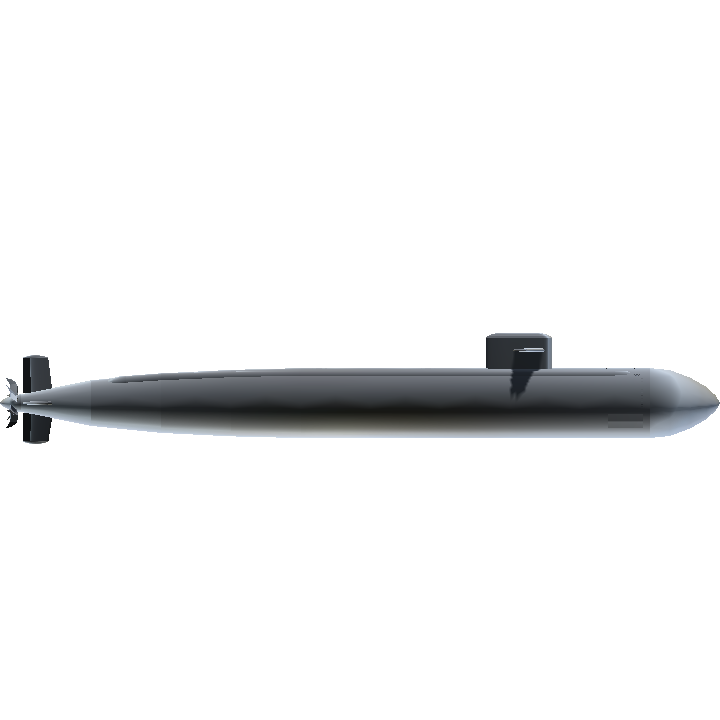 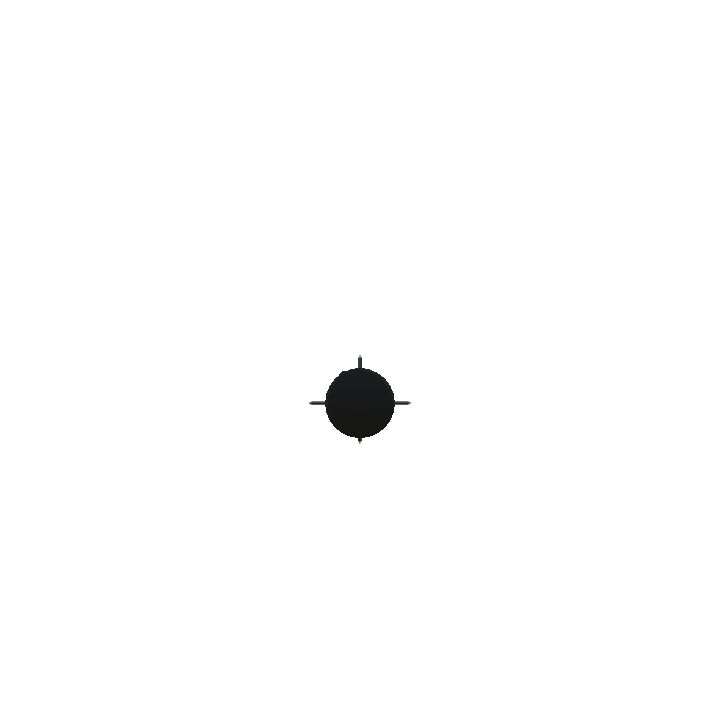