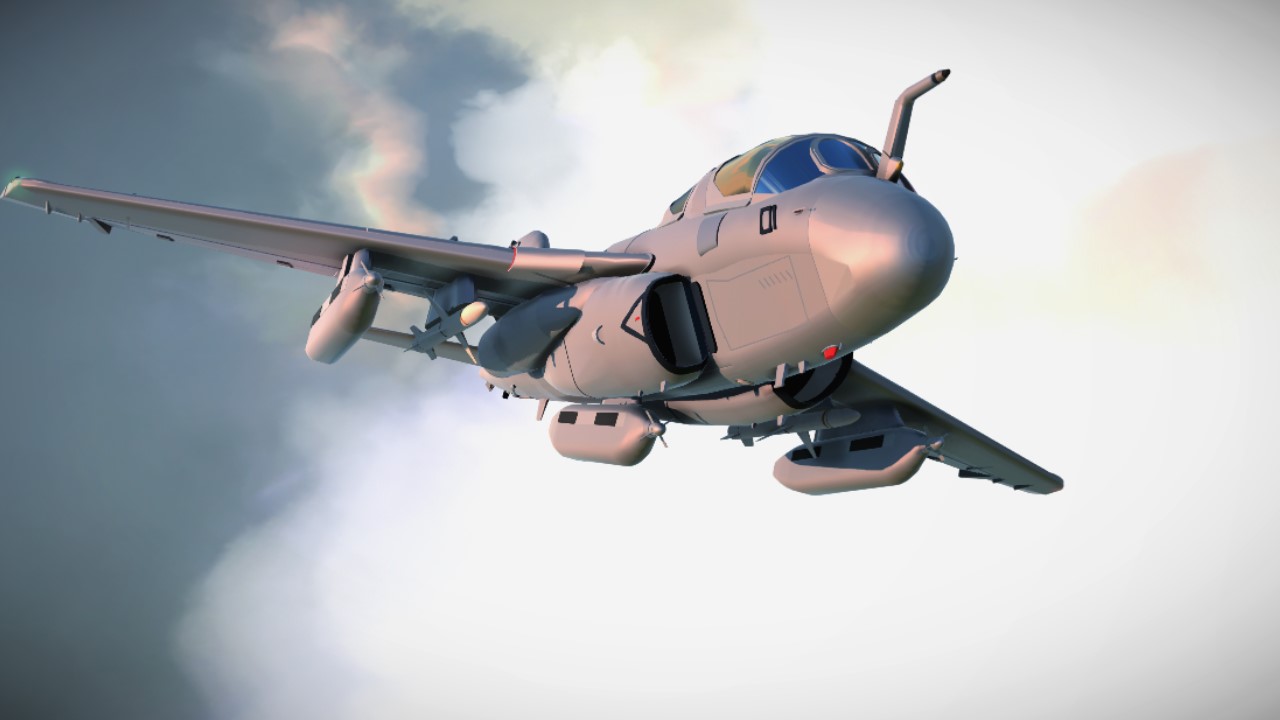 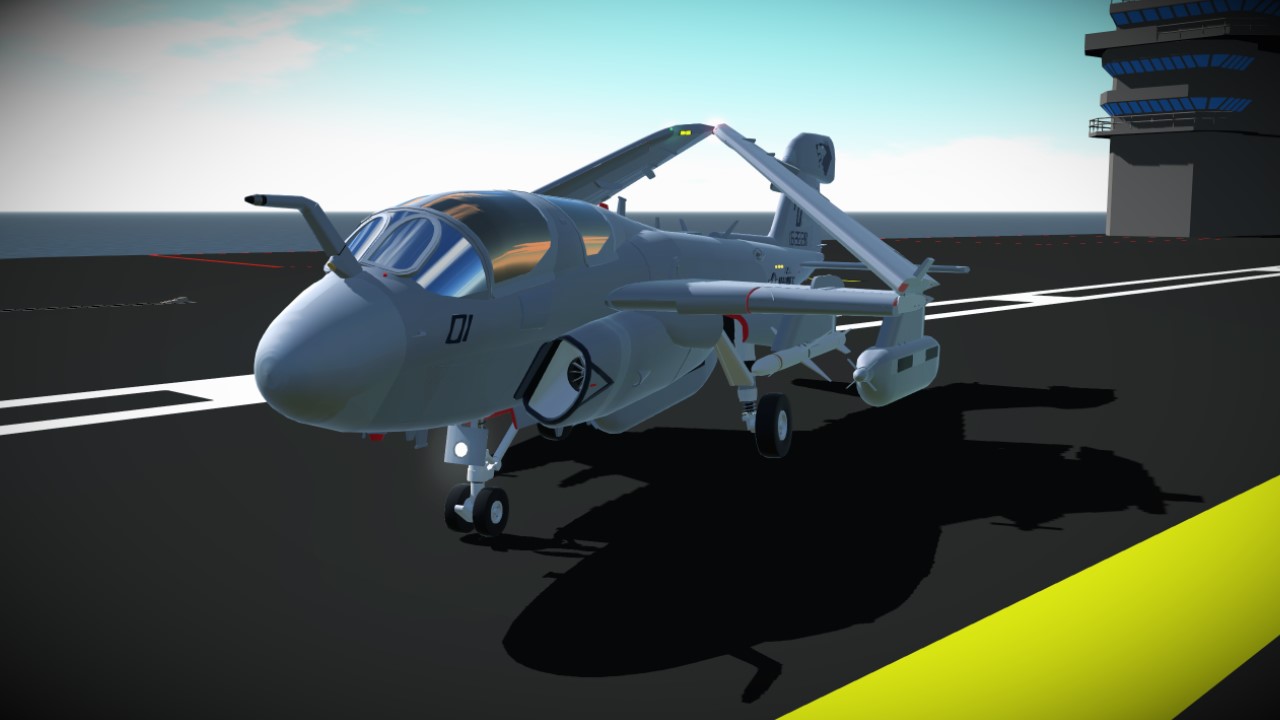 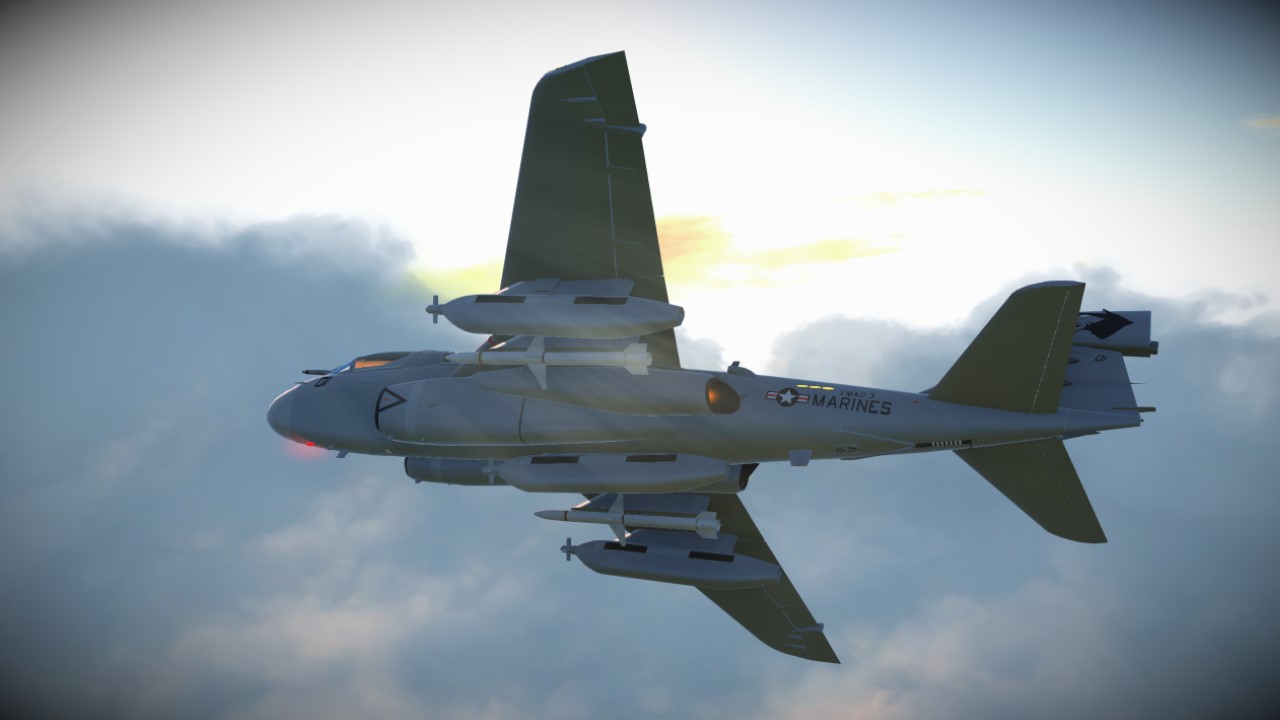 You know if there's anything I've learnt while building this it's that I am GREAT at posting teasers! What's meant to be a quick showcase of something releasing soon and now me posting this a full 1.7 yrs later...holy hell
When I originally started working on this (before taking massive break) the Prowler had only just recently been retired so I thought this would be fitting, at this point it's a bit less recent but the point still stands. I've made one of these in the past back when I first started out on this site back before I realized that you can read what each part does on Wikipedia or that not every pointy thing on the plane is actually a gun.
You can check out the old version here
I built using the VMAQ-3 Moondogs livery, which was one of the four prowler squadrons within the USMC, I've taken some creative licenses such as moving decals for better clipping etc.
I've updated everything like the landing gear to be perfectly staged, hope this goes well

The earliest prototypes of the Prowler (EA-6A) were made by modifying an A-6 intruder , receiving a more rugged enlarged airframe to accommodate the bigger more powerful Pratt & Whitney J52-P408A engines, sturdier landing gear and larger cockpit to seat more people.
The Prowler primary use was to jam enemy radar and gather radio intelligence using built in jamming and receiving systems as well as up to 5 AN/ALQ-99 external jamming pods.
It's secondary mission being to attack enemy radar sites using anti-radiation missiles such as the AGM-88 HARM. The Prowler carried a crew of four, 1 pilot and 3 Electronic Countermeasure Officers.

The Prowler was only just recently retired from service within the U.S. Armed forces, after serving for nearly 5 decades.
It's replacement being the EA-18G Growler a derivative of the F/A-18F Hornet.
The Prowler flew it's final flight in on March 14, 2019 (around the time I originally started on this...yikes) and in its 48 years of service, not a single Prowler was lost in combat.

I've made slats etc. deploy at faster speeds than the real thing to improve ease of use. Slats deploy at speeds below 240mph/208kn, this provides a lot more lift at lower speeds so these are important for carrier landings especially, you should preferably be approaching the carrier at below 200mph, activate speed brakes before contact with ground and have the arresting hook deployed.

Thank you to @Wolfspark for helping flight test
thankyou also to @HansScharff and @captainlevi820 for pointing out a small issue when launching from USS BEAST catapult. 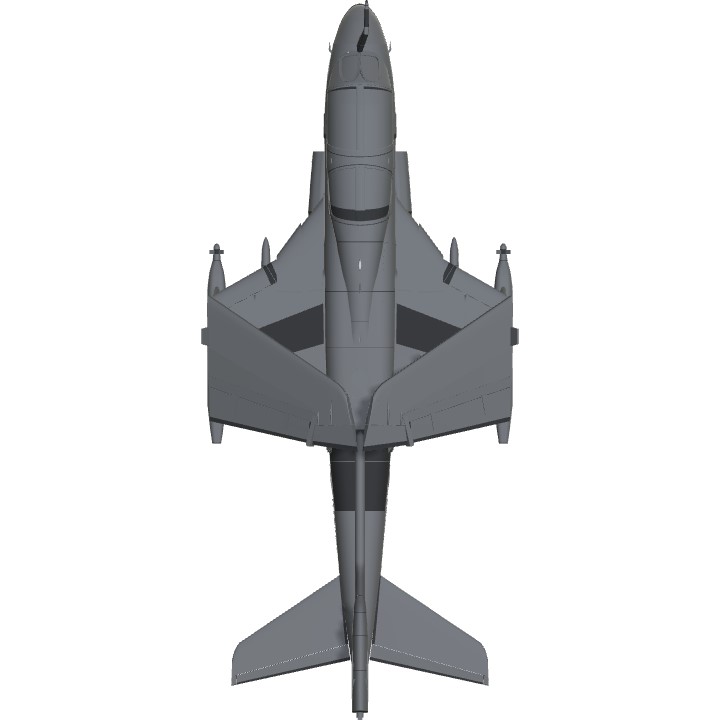 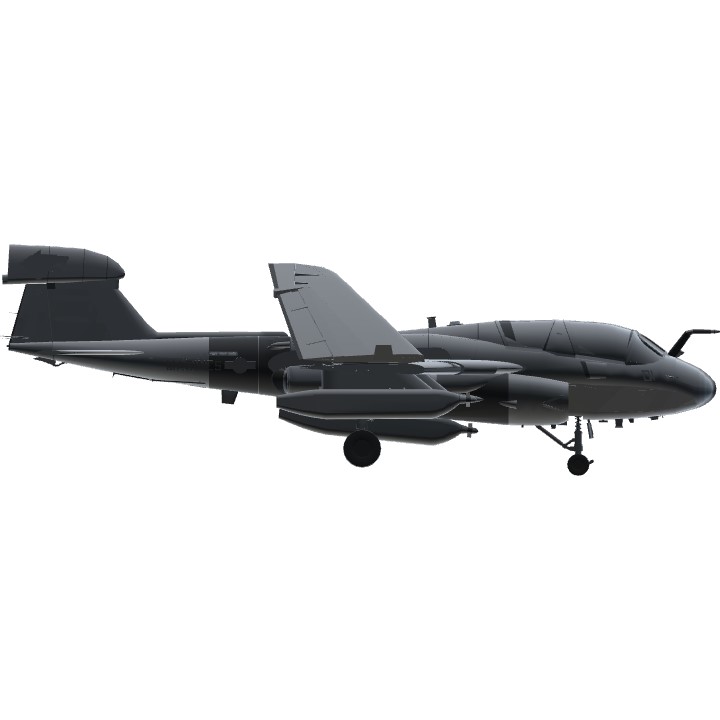 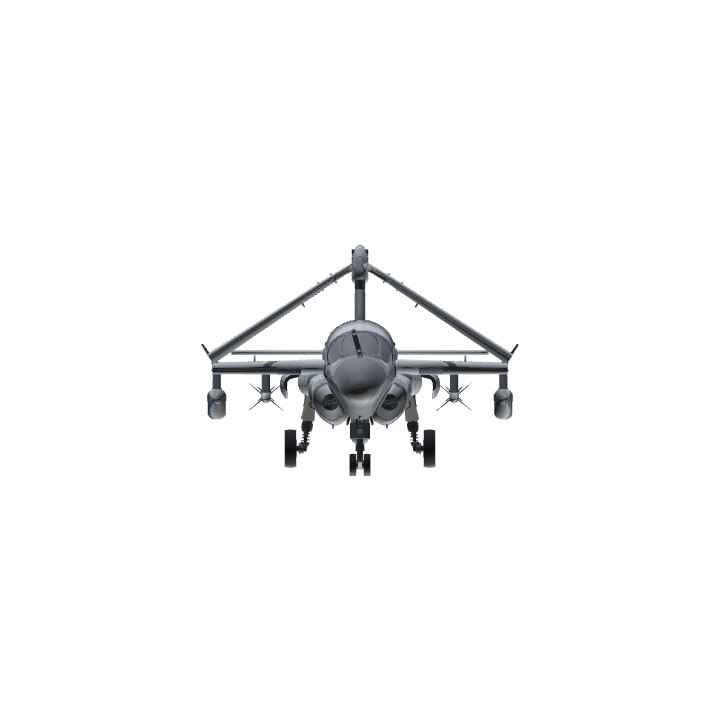