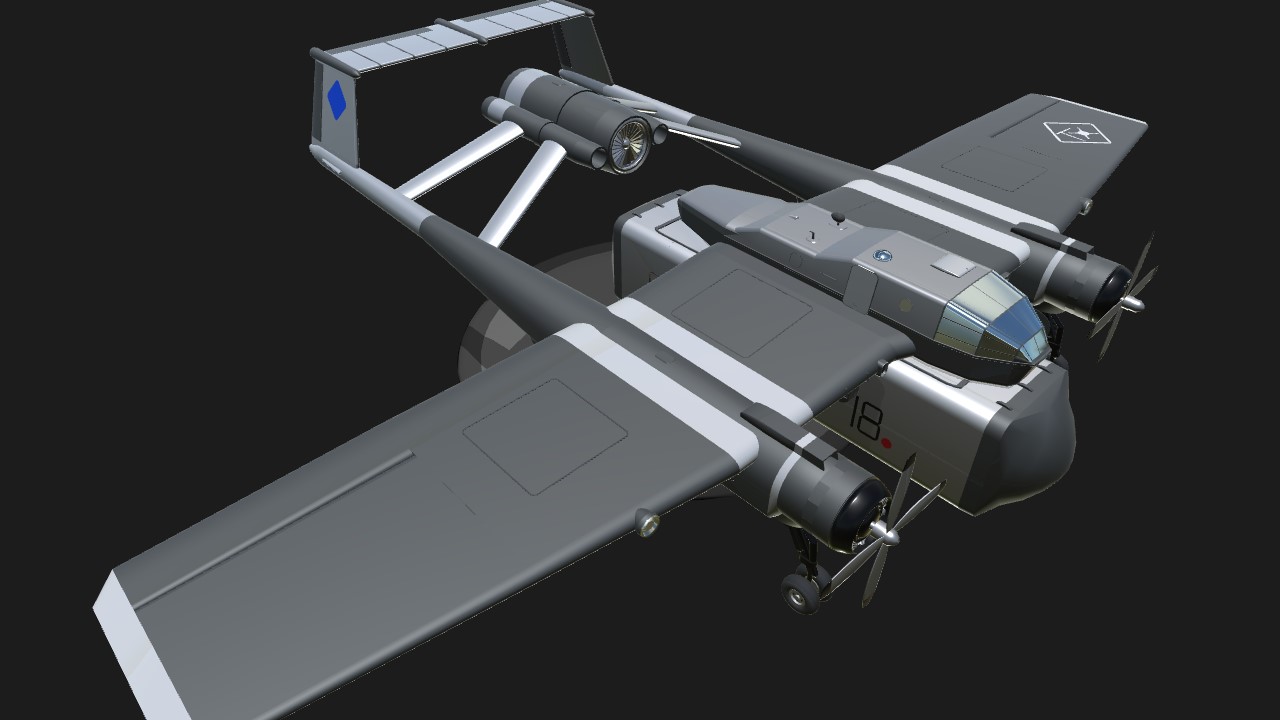 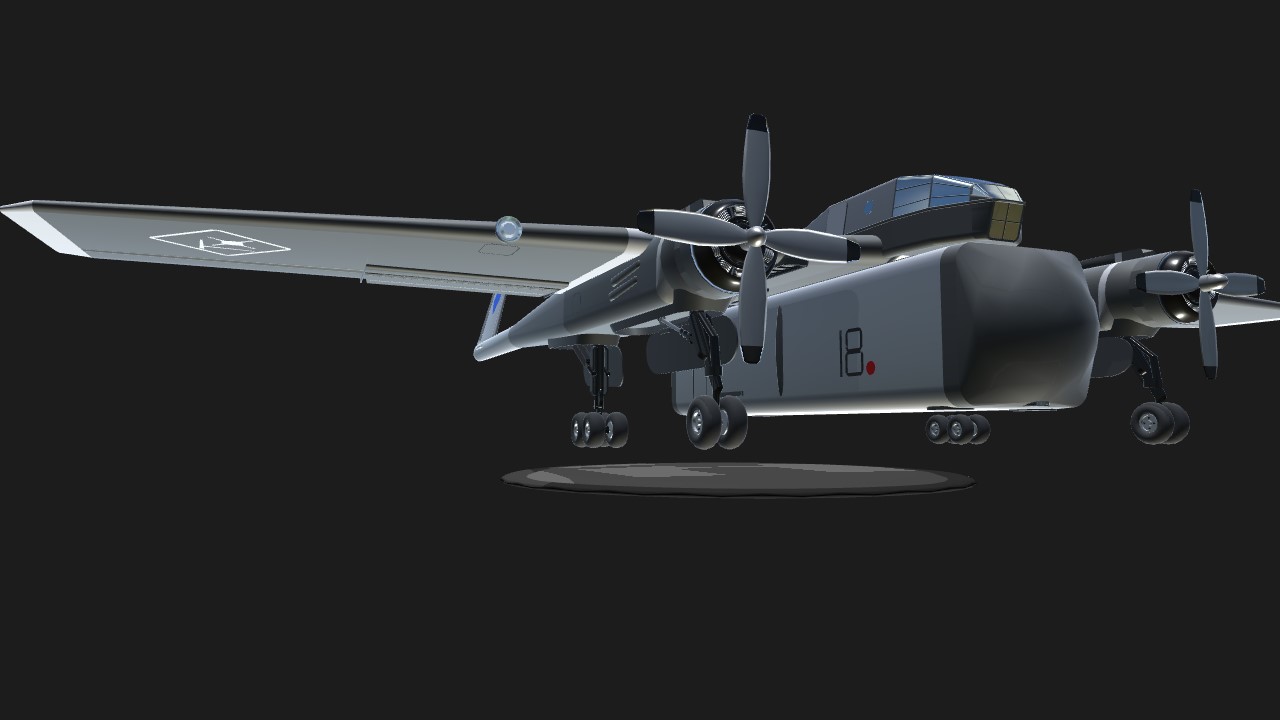 Apply full throttle and rotate gently at 180mph. Once airborne, VTOL centre to raise flaps then raise undercarriage. Maintain full throttle with desired trim for climb then throttle back to 85% or less, adjusting trim as required.

Note that pitch authority is strong for take-off and landing; use gentle inputs in flight, or use trim and throttle for altitude control.

Use 30% throttle and VTOL down fully for flaps. Maintain 30% throttle during landing flare. On touchdown, throttle off and brake gently.

AG1 off. AG2 on to lower Cargo Container wheels.

AG3 on to initiate crouch operation: undercarriage will “scissor” to lower the entire plane. When crouch movement stops, AG4 on to release Cargo Container.

AG3 off to raise entire plane to flight position. Plane can now be taxied away.

Take-off without Crago Container does not require flaps. Flight handling is more “lifty” without the weight of the cargo container; adjust trim and throttle to suit. For landing, make a steep approach with 20% to 25% throttle and no flaps.

Built by Langston-Wellings.
Sponsored by Source One Traders' Guild.

His Majesty's Aircraft “Willing Strength” carries out transport missions from the “Source One” Cargo Hub to bases North of the Central Region. The craft has been designed to carry detachable Cargo Containers; this enables it to drop off and pick up containers within minutes, or drop off then fly “empty” to the next pick-up point.

It's a freighter, not a fighter!

I was looking at old pictures of the XC-120 Pack Plane and wondered if I could build a similar concept here in SP. The answer for me was yes and no.

The undercarriage was challenging but fun and I might revisit this concept in future to try a bigger weight differential between the “laden” an “unladen” flight handling. The booms with those ridiculous engines are long and the relatively short undercarriage wheelbase makes it look a bit unbalanced but that’s the way I like things to look! Looks can be deceptive: those prop engines are twice normal size! 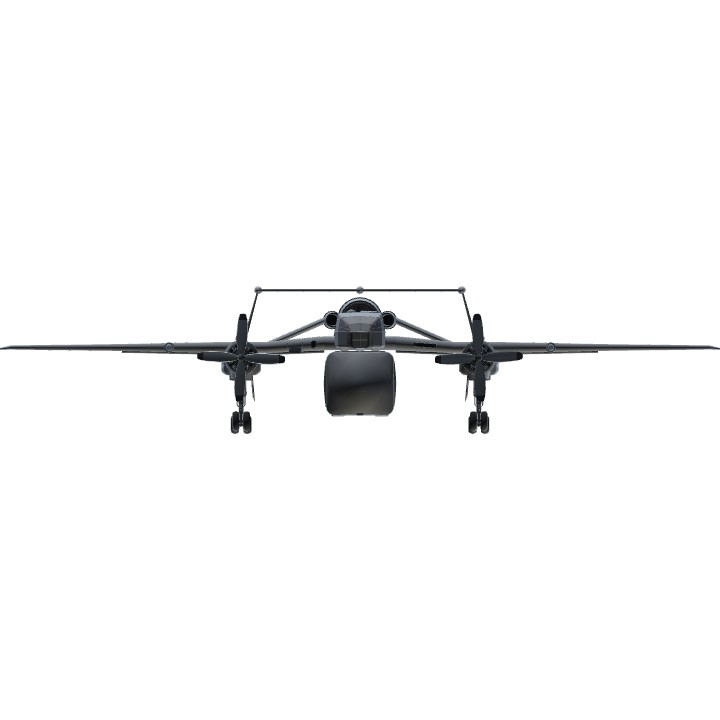