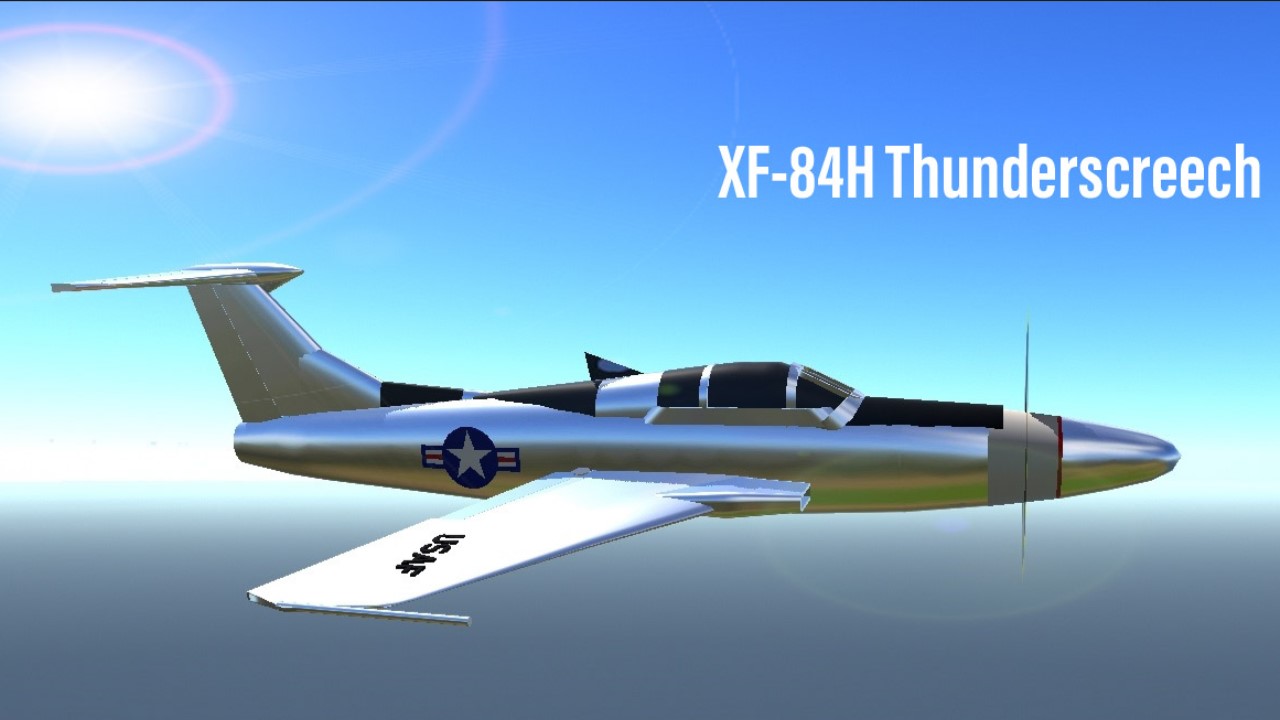 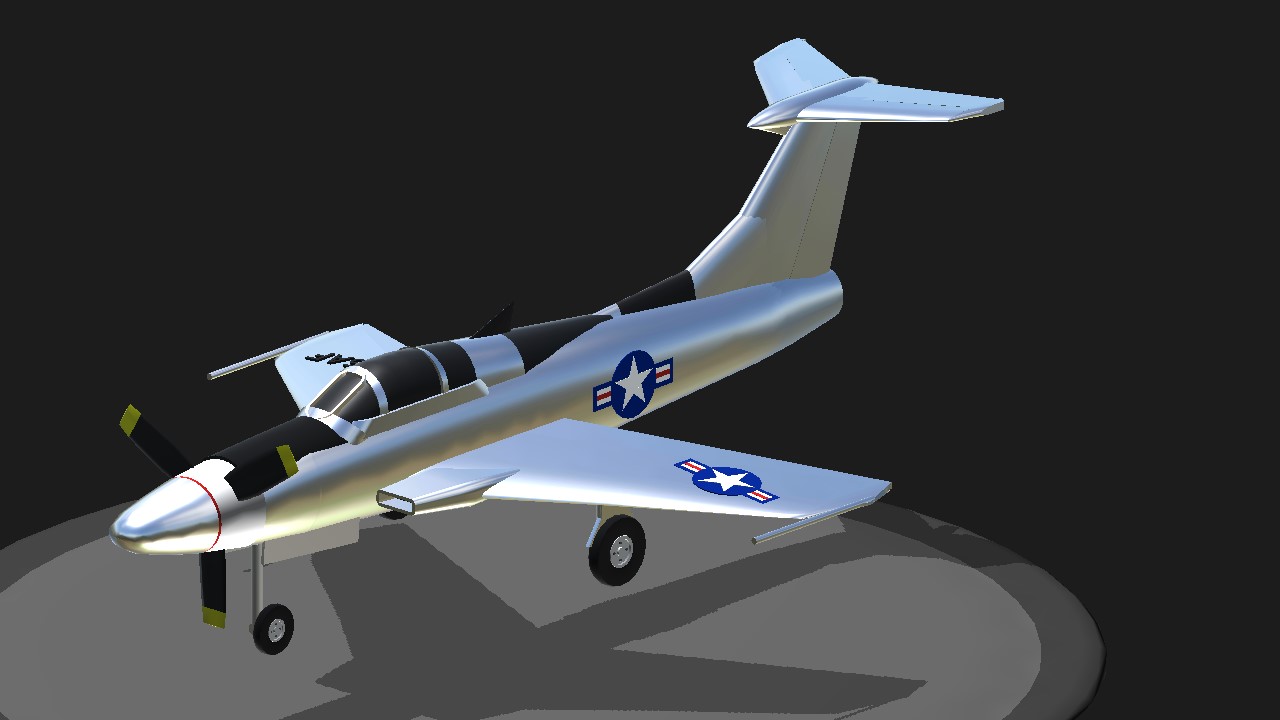 The Republic XF-84H "Thunderscreech" was an experimental turboprop aircraft derived from the F-84F Thunderstreak. Powered by a turbine engine that was mated to a supersonic propeller, the XF-84H had the potential of setting the unofficial air speed record for propeller-driven aircraft, but was unable to overcome aerodynamic deficiencies and engine reliability problems, resulting in the program's cancellation.

Although the USAF Wright Air Development Center was the key sponsor of the Republic Project 3347 turboprop fighter, the initial inception came from a U.S. Navy requirement for a carrier fighter not requiring catapult assistance. Originally known as XF-106 (a designation later reused for the Convair F-106), the project and its resultant prototype aircraft were redesignated XF-84H, closely identifying the program as an F-84 variant, rather than an entirely new type. With a projected contract for three prototypes, when the US Navy cancelled its order, ultimately, the remaining XF-84H prototypes became pure research aircraft built for the Air Force's Propeller Laboratory at Wright-Patterson AFB to test supersonic propellers in exploring the combination of propeller responsiveness at jet speeds.

The XF-84H was created by modifying a F-84F airframe, installing a 5,850 hp (4,360 kW) Allison XT40-A-1 turboprop engine, in a centrally-located housing behind the cockpit with a long extension shaft to the nose-mounted propeller. The turbine engine also provided thrust through its exhaust; an afterburner which could further increase power to 7,230 hp (5,390 kW) was installed but never used. Thrust was adjusted by changing the blade pitch of the 12 ft (3.7 m) diameter Aeroproducts propeller, consisting of three steel, square-tipped blades turning at a constant speed, with the tips traveling at approximately Mach 1.18 (1,446 km/h). To counter the propeller's torque and "P-factor", the XF-84H was fitted with a fixed dorsal yaw vane. The tail was changed to a T-tail to avoid turbulent airflow over the horizontal stabilizer/elevator surfaces from propeller wash.

The XF-84H was almost certainly the loudest aircraft ever built, earning the nickname "Thunderscreech" as well as the "Mighty Ear Banger". On the ground "run ups", the prototypes could reportedly be heard 25 miles (40 km) away Unlike standard propellers that turn at subsonic speeds, the outer 24–30 inches (61–76 cm) of the blades on the XF-84H's propeller traveled faster than the speed of sound even at idle thrust, producing a continuous visible sonic boom that radiated laterally from the propellers for hundreds of yards. The shock wave was actually powerful enough to knock a man down; an unfortunate crew chief who was inside a nearby C-47 was severely incapacitated during a 30-minute ground run Coupled with the already considerable noise from the subsonic aspect of the propeller and the T40's dual turbine sections, the aircraft was notorious for inducing severe nausea and headaches among ground crews In one report, a Republic engineer suffered a seizure after close range exposure to the shock waves emanating from a powered-up XF-84H.

Normal controls but to land I recommend turning off the engine well in advance to touch down safely. 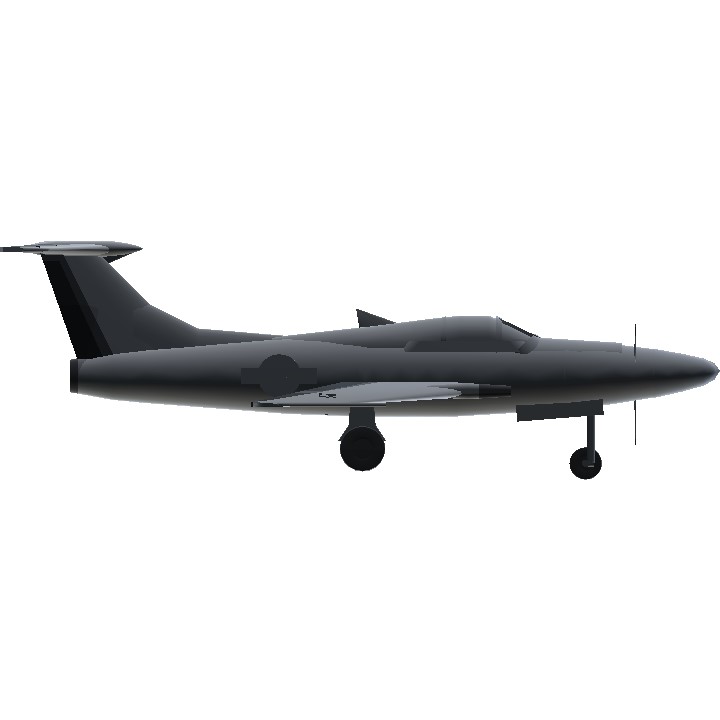