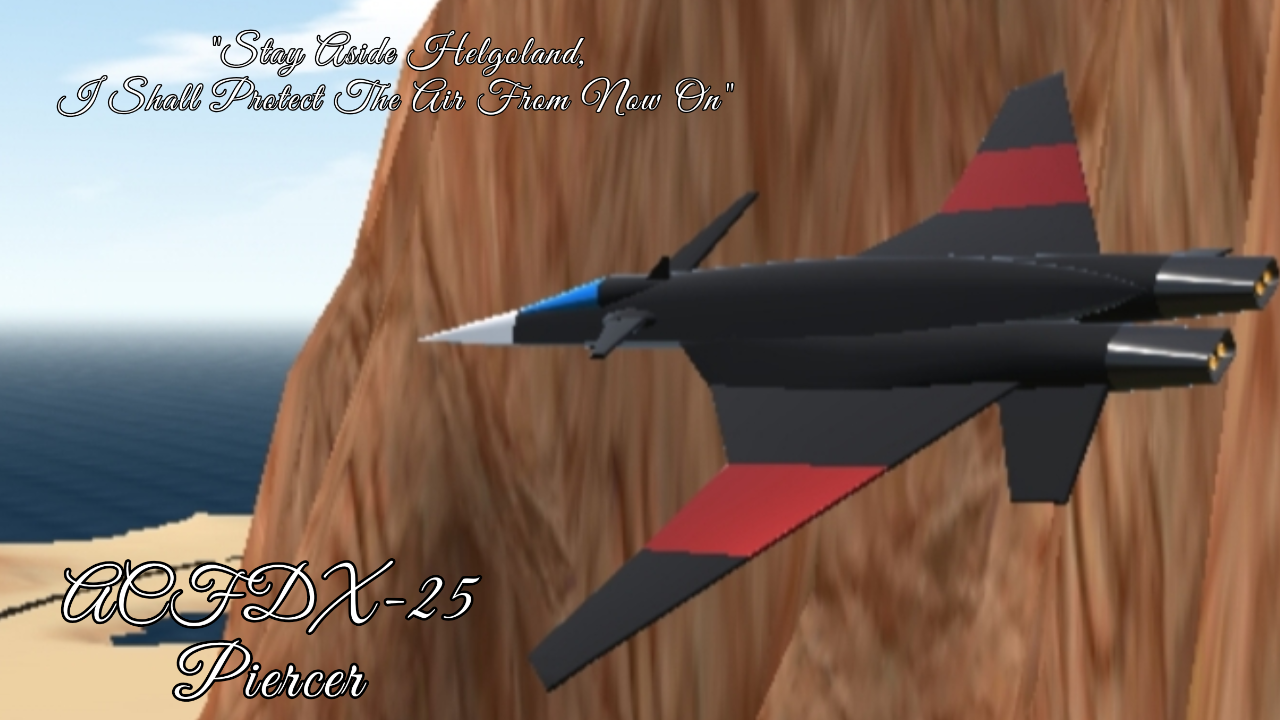 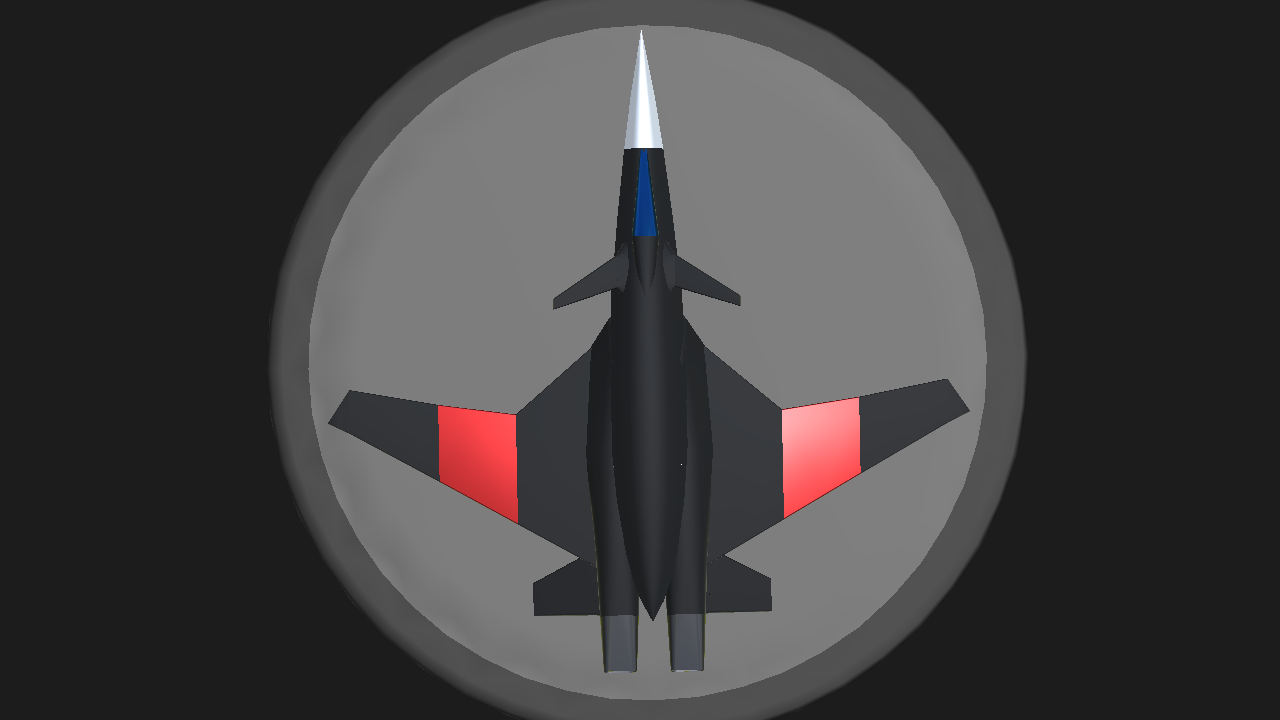 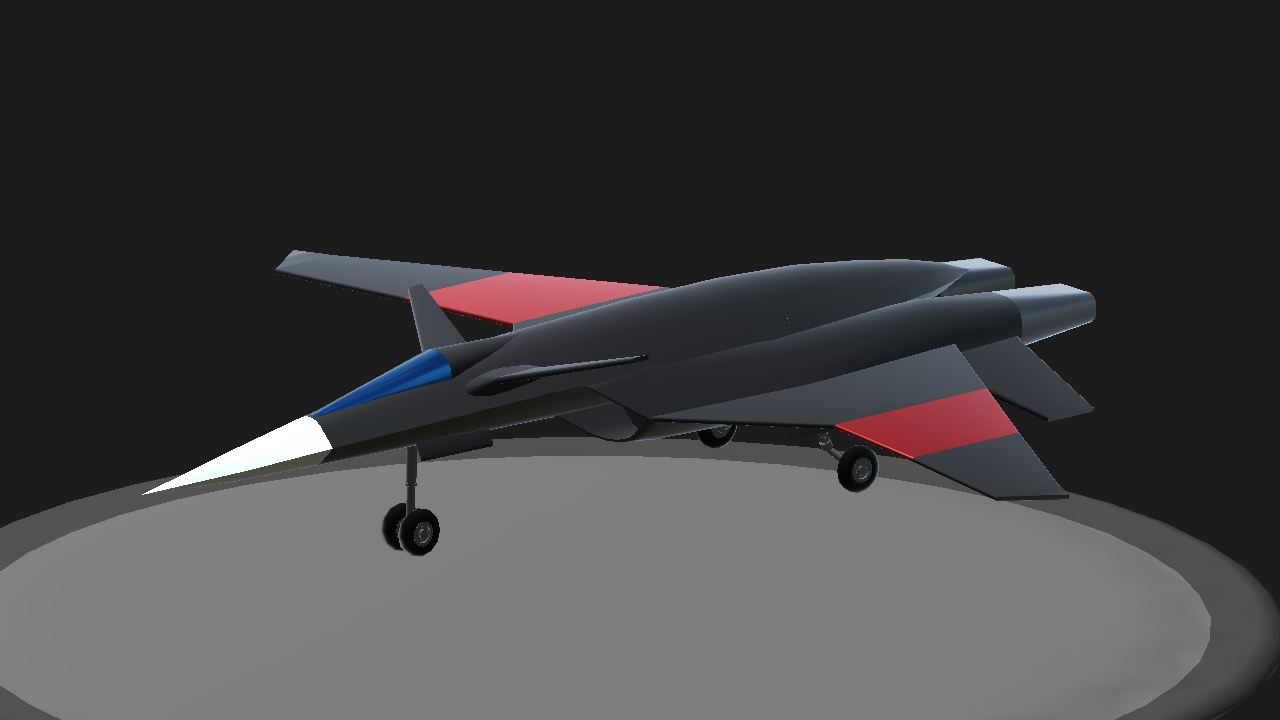 "Stay Aside Helgoland, I Shall Protect The Air From Now On"

Hello everybody, Prepare to get recct by Trislandia Air Supremacy
(Just kidding, i know im not the most advanced but oh well)

*Trim Must Be ½ (Half) Slider Down
Normal Plane Control
AG1: Missile Activation
AG2: Afterburner (Control Surface Oscillation is possible above 2.500km/h)
AG3: Arresting Hook (for some reason its stuck...)

"Helgoland, it is about time your time as a ruler to end"
"Agreed, please protect our homeland"
"We will"

ACFDX-25 Piercer is a 6th Generation Aircraft made by Trislandia Aerospace to meet a lot of mission requirements, there are 10 Internal weapon bay and over 18 Hardpoints on this plane (12 on the wing, 2 on the engine, 1 between the engine, 1 above the fuselage), however Human Pilot is not allowed to fly this plane due to how much G-Force this plane can do, so an Anima is a must on this plane (there are only 5 of them built), it was easy to handle even at low speed (as low as 250km/h to be specific), but there is one big problem with this plane, if it was pushed to Mach 3 the Active Wing started to Oscilate which causes severe vibration and mechanism failure, so it is advised to not go above Mach 3

[About Piercer]
ACFDX-25 Codename "Piercer" is an Anima made to fly this plane, he's a male along with his 4 other brothers, he's "materialized" via 3D Holographic Projector as a boy around 160cm in Height, his hair was Red Tipped Black Hair, he have Red Eyes, and quite normally appear as a Calm and very Royal in terms of attitude sometimes needing to be very formal when talking with him, in Battle he's still as he is with a little twist, in Battle he tends to be a bit "Rebellious" and sometimes talking about Decepting and go somewhere else if he could, this is also the reason why Piercer along with his 4 brothers is also given the "Corrupted" title, he's also quite a Psycho but quite an incompetent one at it, sometimes feeling guilty after he realizes what he has done (e.g Shooting Down Planes, Sinking Vessel, etc.), This can be mitigated however as he usually believe anything quite easily, but of course only to his allies and not enemy

Now that this damn thing is done, now i make the Ships Orders and make my Rally Supremacy I-5 Powered MR2 Ish Group B Car to compete in the Group B Challenge, i believe i can get a pretty solid Sub 2 Minutes run in Ricing Dirty if you handle it right, and its also my attempt at making cars again, lets see if i can revive my car Brand along with its glory

Enjoy and...
Watch out when you hear a door knock at 3AM, could have been me being a stalker that im probably are 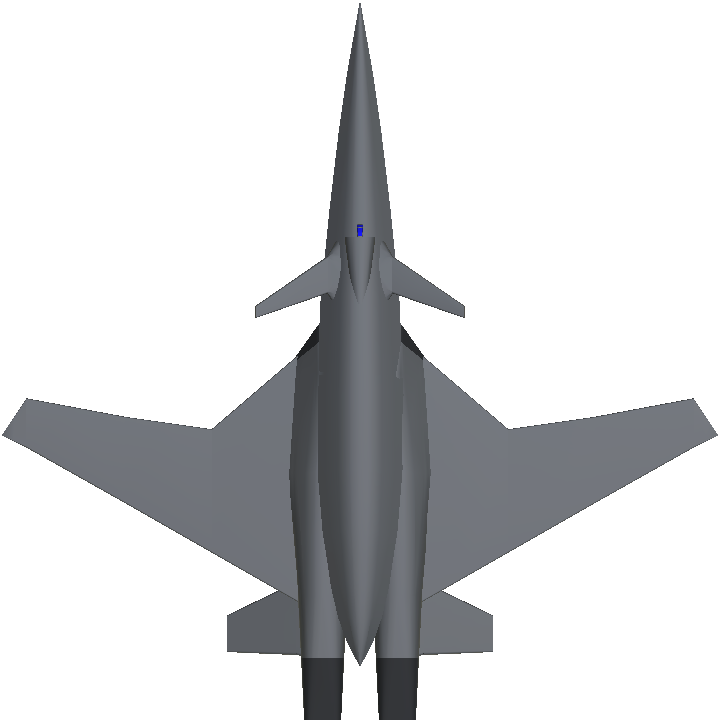 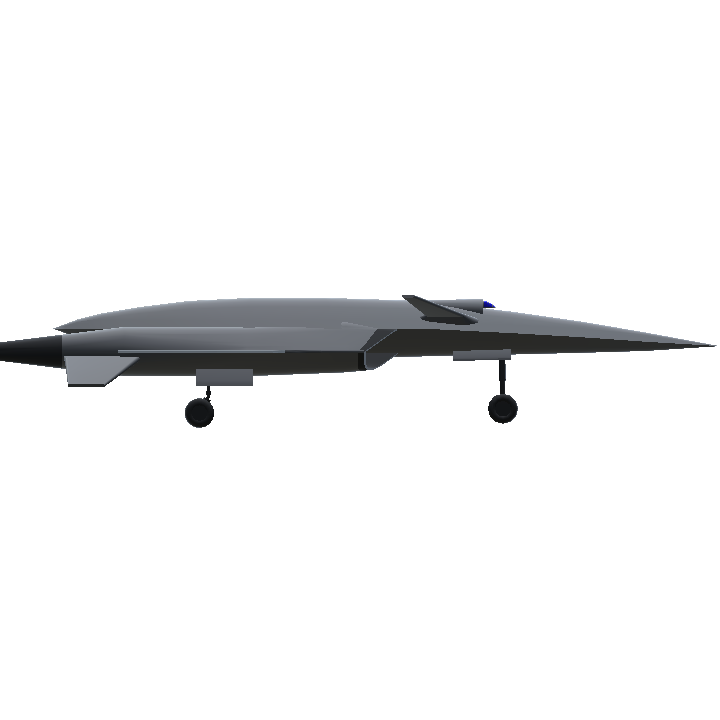 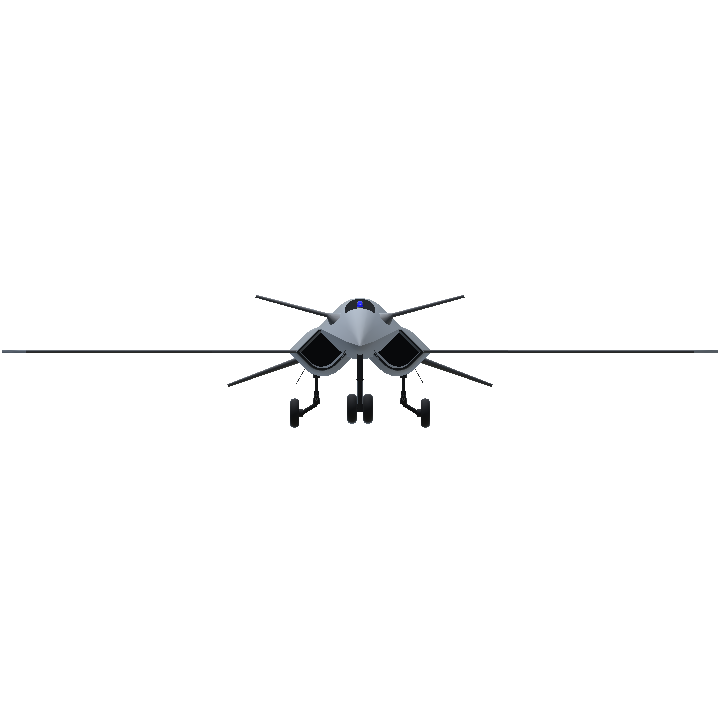