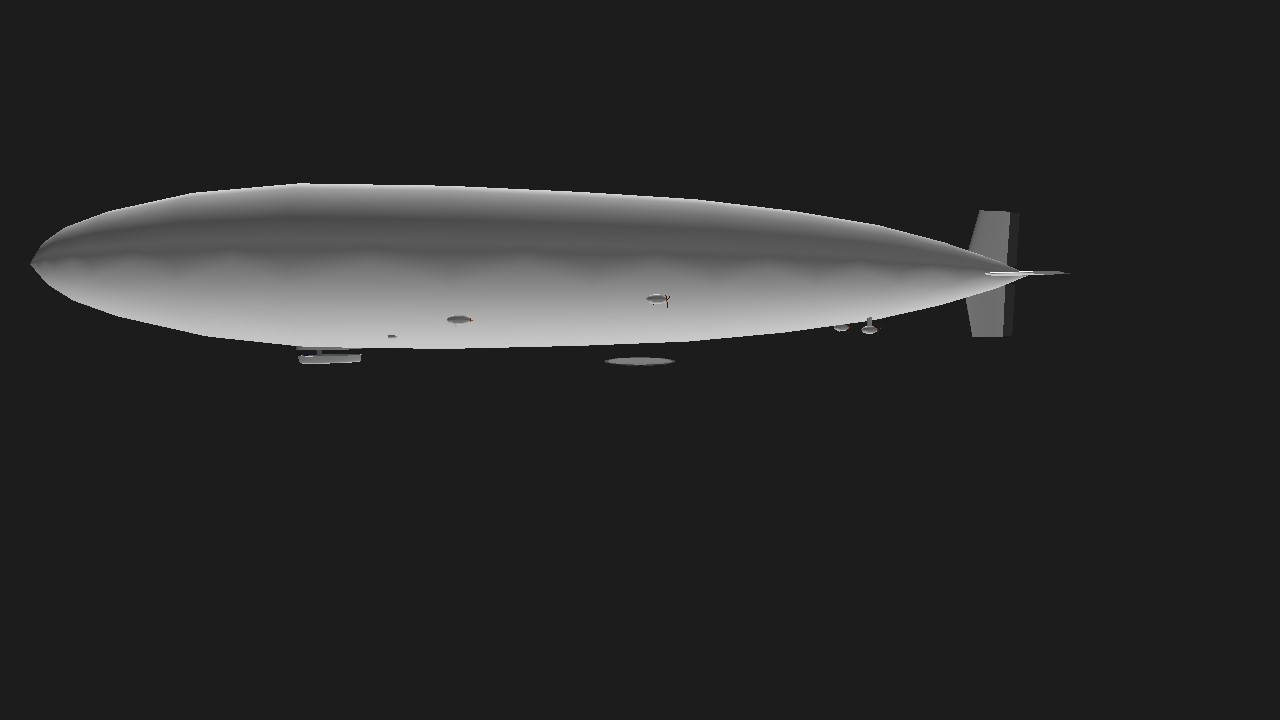 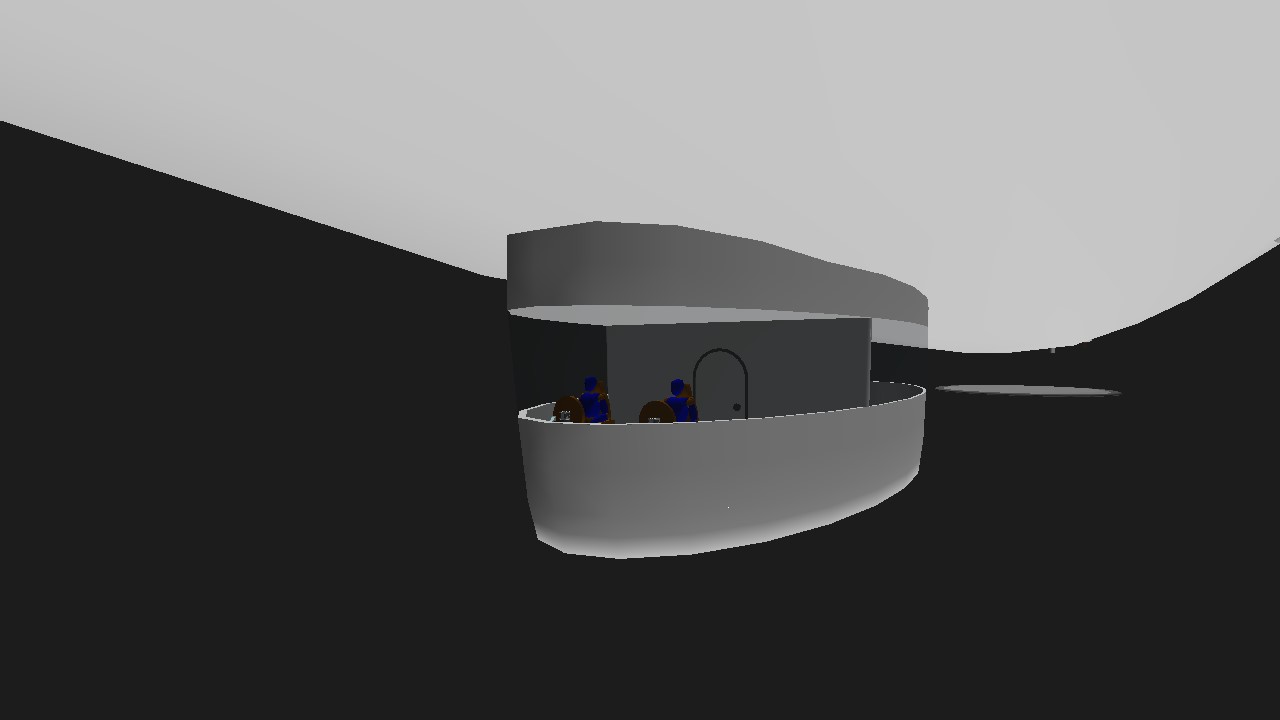 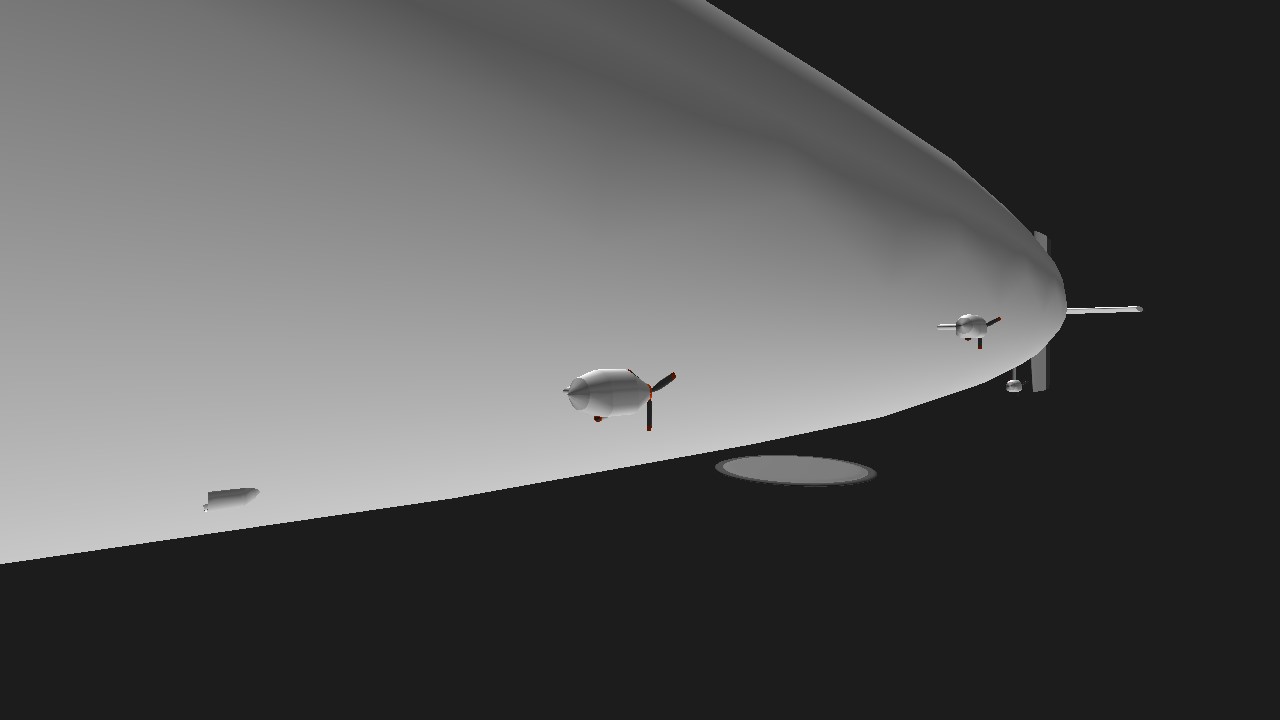 The Sadie Class! The first rigid airship produced by the Graingy aircraft company, this craft is more of a prototype. the type 0 is the final prototype of the Sadie class, hopefully to be followed by multiple full service vessels. Since this craft is a prototype it does not posses the most impressive specs, however it fulfils all of the required functions, such as flying. Most agree that is a definite plus. This version only has the gondola for passengers, however it does have a gap in the gas containers that allows for the installment of passenger areas (think those of LZ-129 Hindenburg) or a cargo bay. The Sadie Class has 6 propeller engines, able to drive it up to 100 km/h. Unfortunately the engines are quite fuel hungry so it has quite limited range and airtime. Issues such as those will be remedied in future versions, which would likely appear in passenger and cargo variants. CONTROLS: Lift: Throttle. Throttle: VTOL. Pitch: Pitch and Trim. Yaw: Roll. Please note that as fuel is consumed the ship will become lighter, therefore less lift will be needed to maintain level flight. Dated 2020. might be more info in comments. 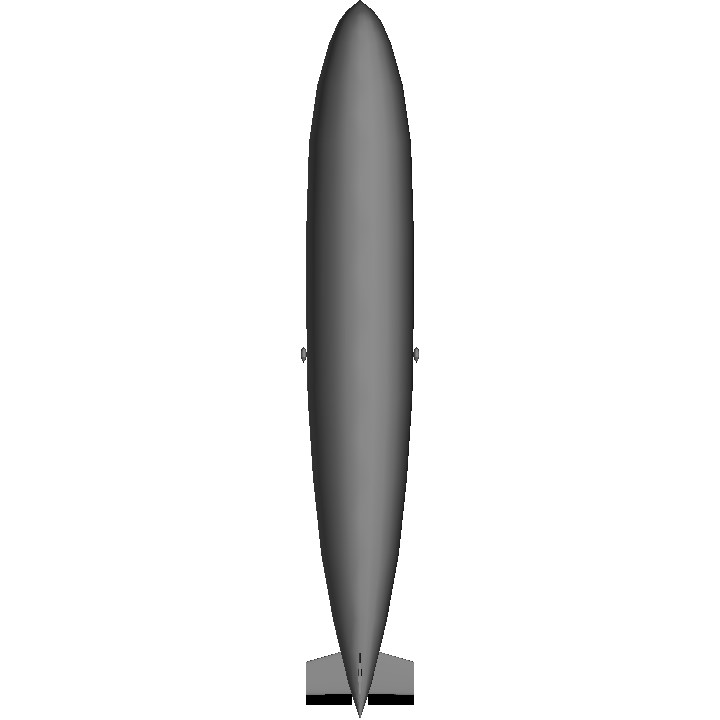 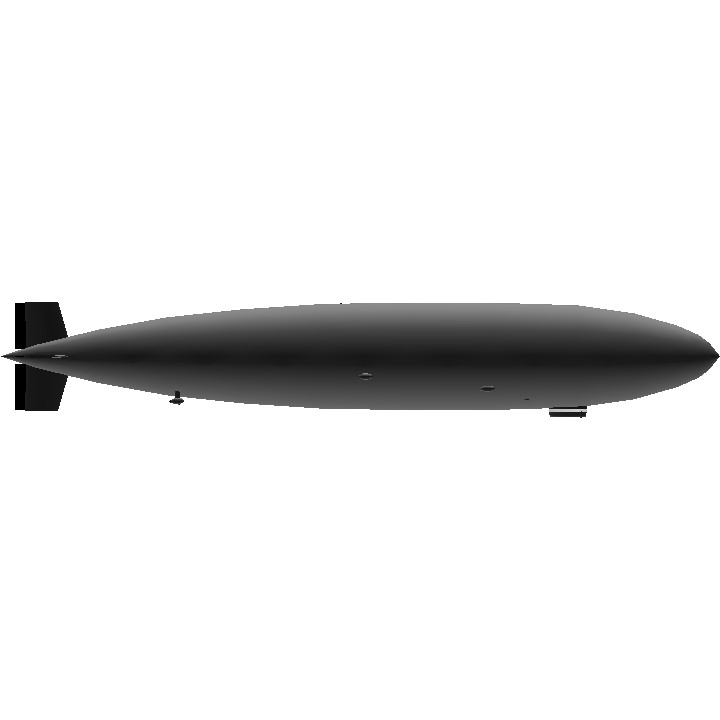 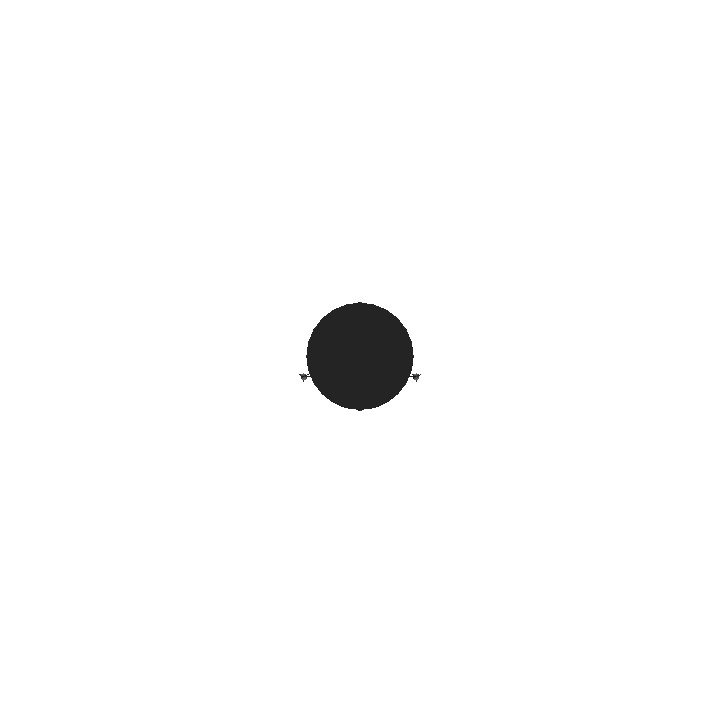