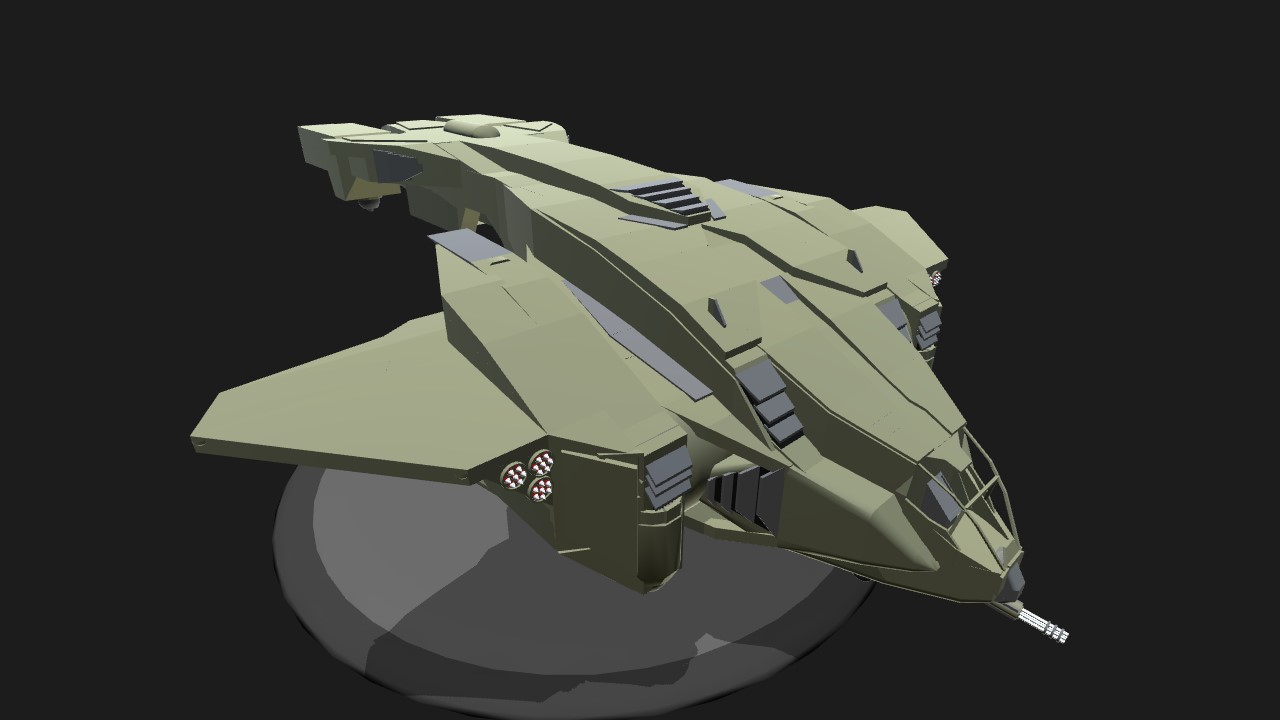 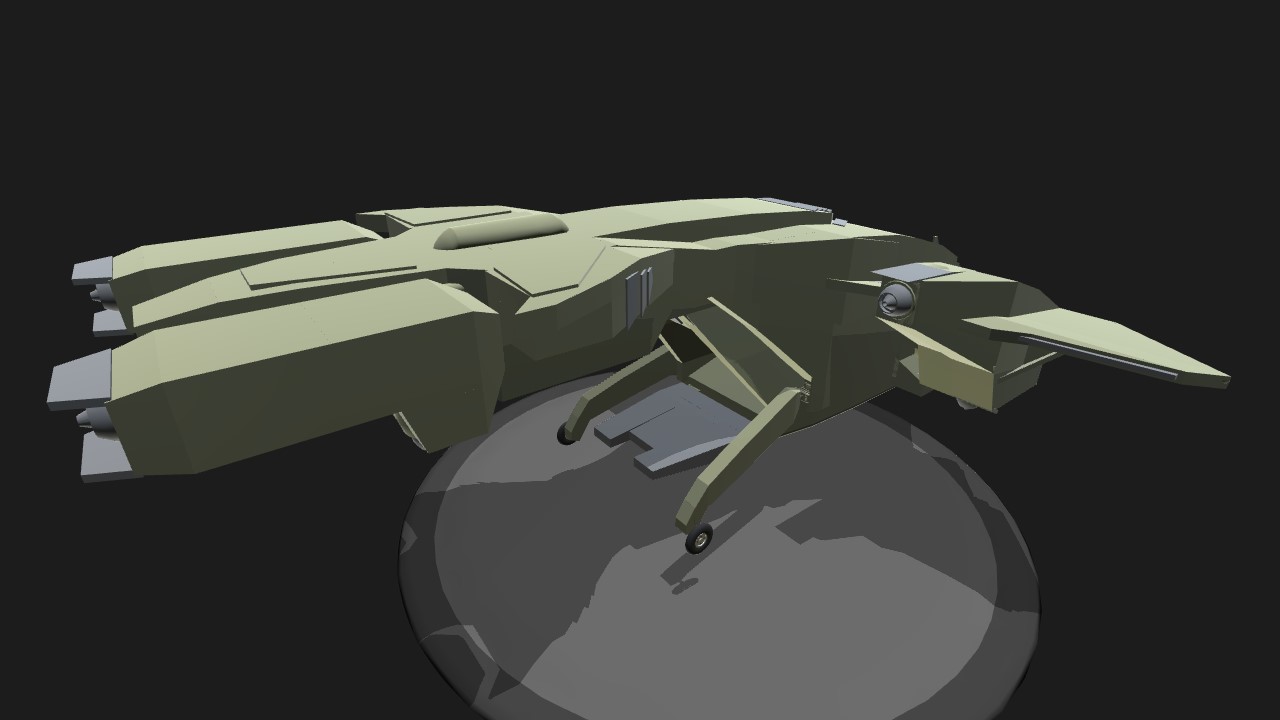 "The D77H-TCI Pelican serves as a multi-role purpose aircraft. . The dropship is fully capable of atmospheric and\or limited spaceflight and can land almost anywhere without difficulty making it the primary troop transport of the UNSC."

I'm Proud to finally release this. I spend a month building, balancing and tweaking it. I'm realitively new to this game, but spent a lot of time on it and made it as realistic as I could. Hope you enjoy it as much as I do.

Levels out at about 55% throttle. Flies like a tanky VTOL but has Rear Engines for minor speed increase used for cruising only. As for weapons, it's equipped with a chin-mounted minigun and 6 rocket pods totaling 42 rockets.

*When using Rear Engines avoid sharp turns, otherwise you may lose control. also, make sure you only use one action group at a time.

Note: I'm not very skilled when it comes to making my builds actually fly, but I think this one flies pretty well. Landing may be difficult though, since the gear is bouncy. Remember you can press B (brake button) to cut the engines. If you have any problems flying it please tell me in the comments.

Thanks to:
@Exumer for negative weight block (used to move COM beyond normal limits)
@wcjm for unlimited fuel block (this beast burned all her fuel in less than 5 mins)
@mattmck for xml scaled parts (used for the cockpit as well as other areas)
Check out their profiles and drop some upvotes. 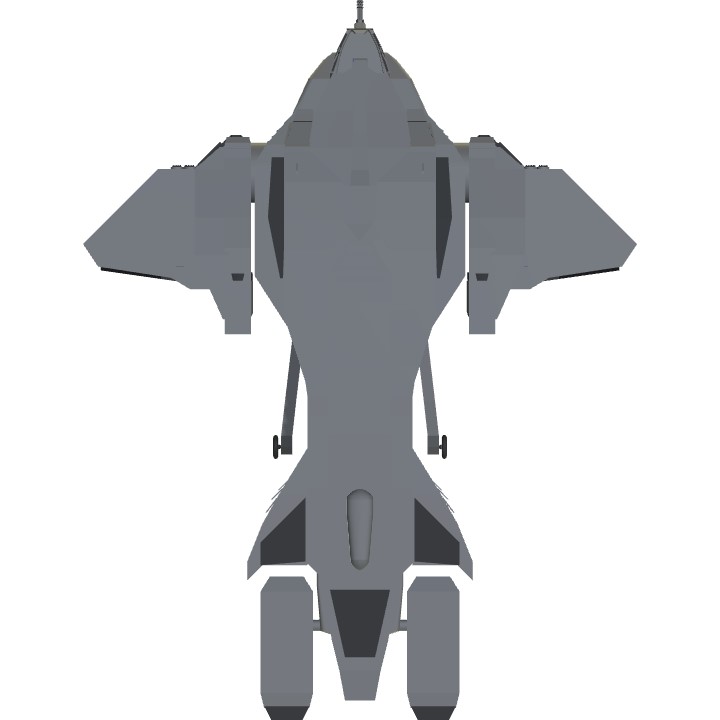 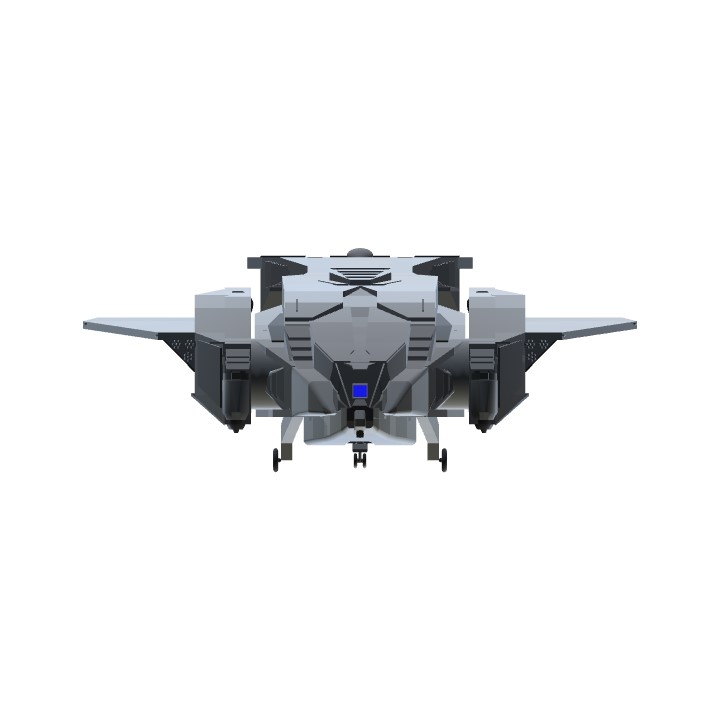