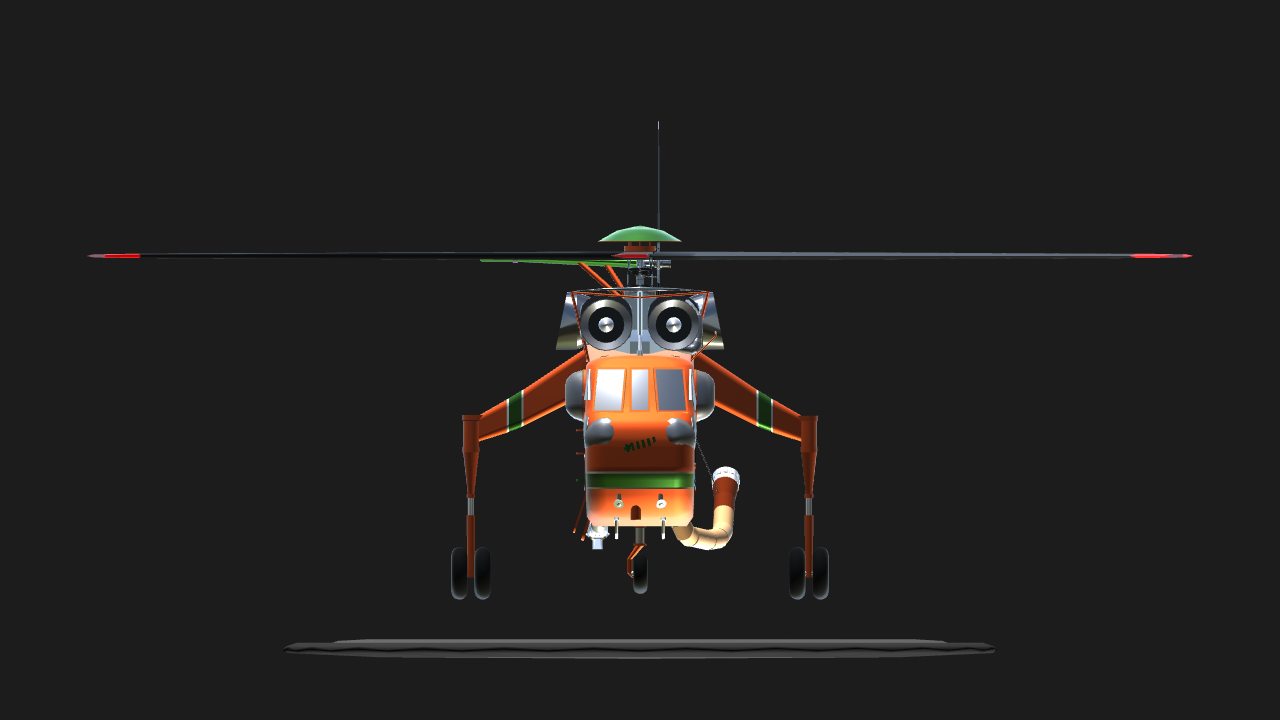 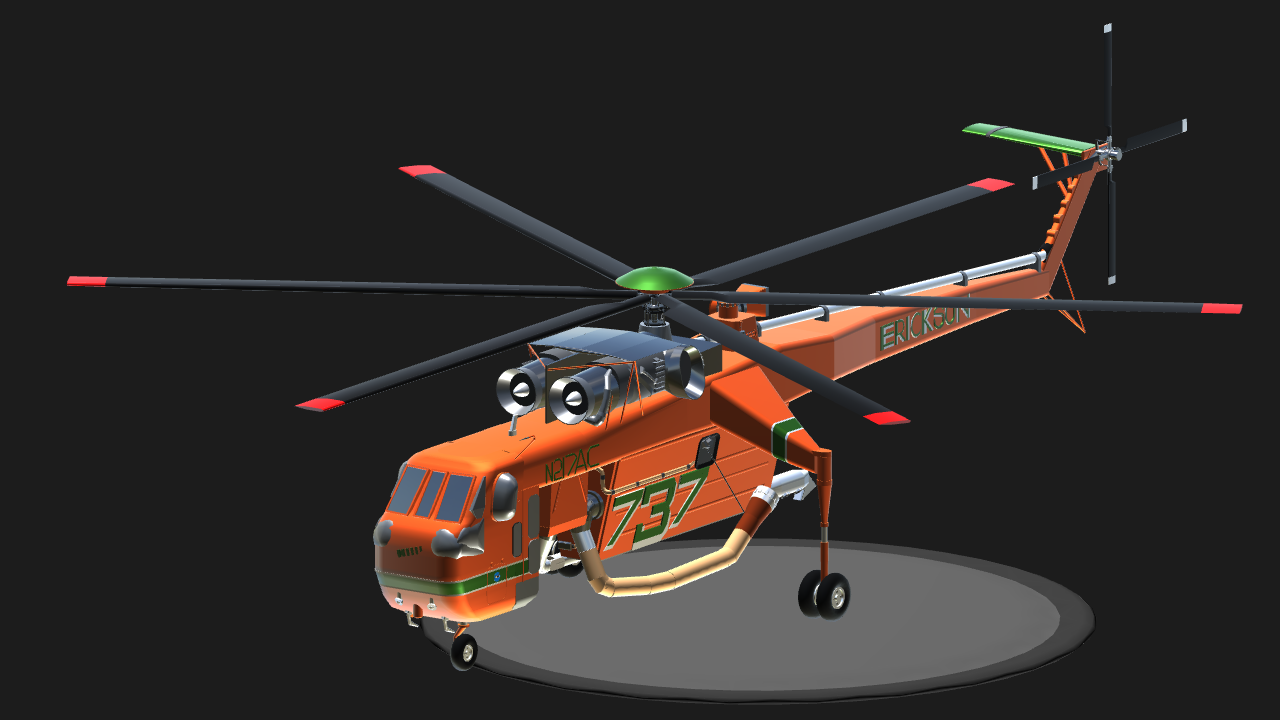 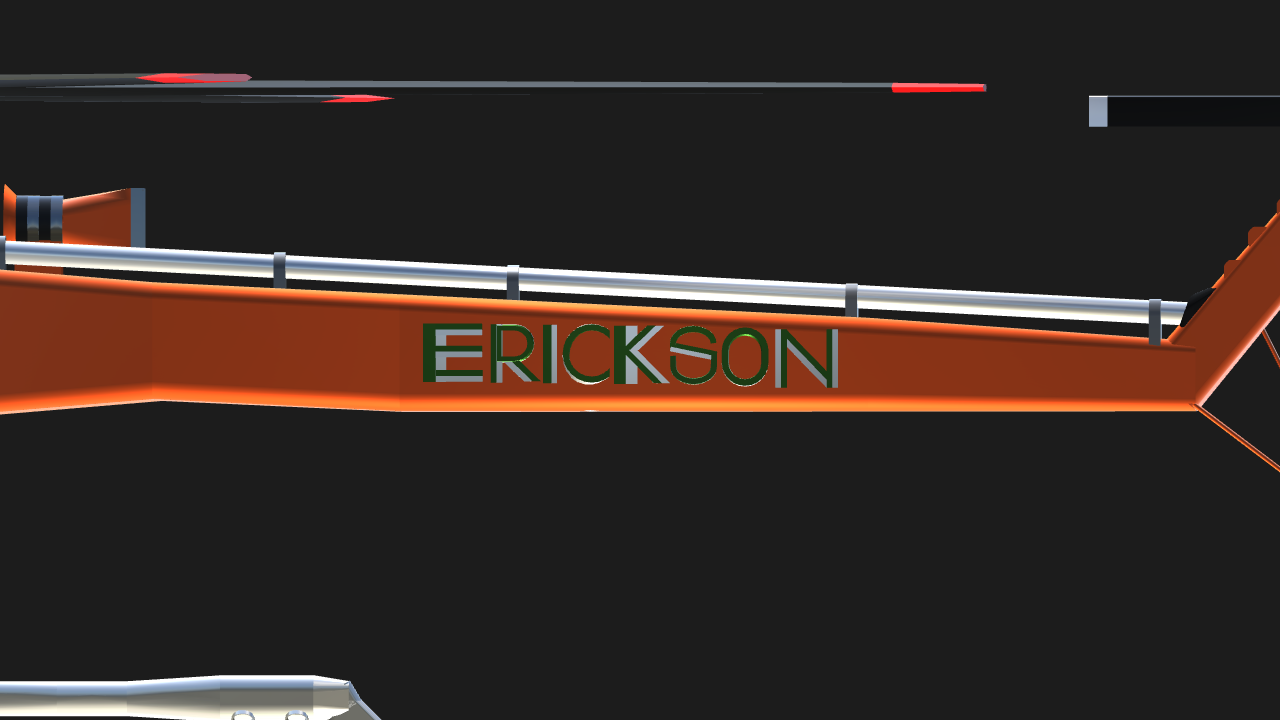 Hello there!
My Sikorsky Skycrane has finally been uploaded! I have been building this for a few weeks and it is now finished.

The S-64 Skycrane is a heavy lift helicopter that was in use by the U.S. Army. They would carry F-4 Wreckages and helped lift the top of the CN tower. Now they are used as firefighting platforms (like what this Skycrane is for).
This Skycrane I have built is the firefighter Skycrane ‘Malcolm’. It helped fight fires all over the world. Probably the more famous one of these firefighting helicopters is ‘Elvis’, which also helped fight fires around the world.
—————————————————————————————
Features:
This build comes with a working hose, which is made with fuselage parts connected to a winch. It also comes with a high speed water boom. There is a cannon (or water) that fills the water tank with un-explosive cannon balls.

Activation Groups:
Ag1 on- starts up main rotor
Ag1 off- parking brake
Ag2- opens water tank
Ag3- lowers hose
Ag4- lowers water boom
Ag7- spotlights
How to use:
Turn on Ag1 to start main rotor. VTOL works as collective, and pitch, roll and yaw controls the helicopter. Turn on Ag3 to lower hose and come to a complete stop before using in the water. The hose is obviously not functionable (as in not able to suck up water), but it is fun to play with.
The water boom is used differently. Fly to a big water source at around 70 to 100 mph and lower the boom carefully into the water.
THIS IS VERY IMPORTANT! When using cannon ball water, please do not fill up any more than 100 balls. Turn on Ag2 to open the water tank.
Have fun and fight those fires! 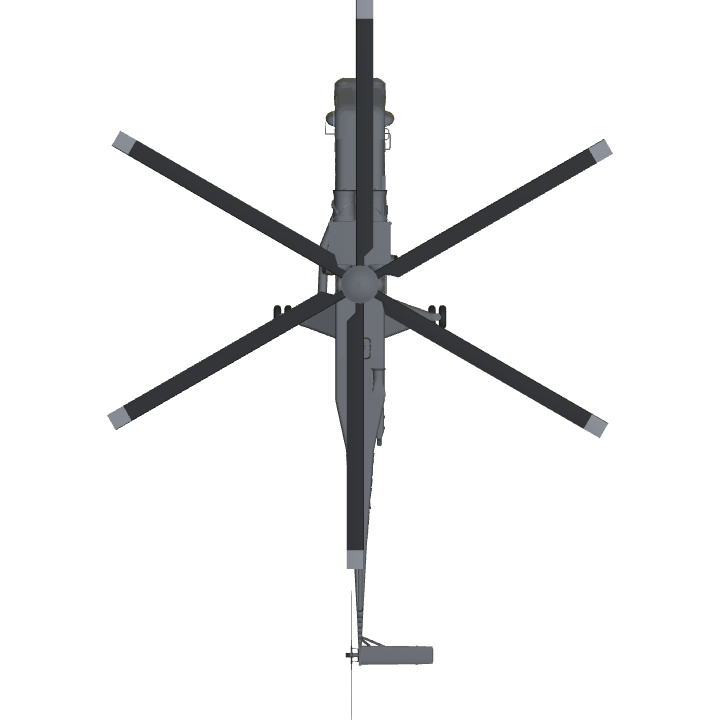 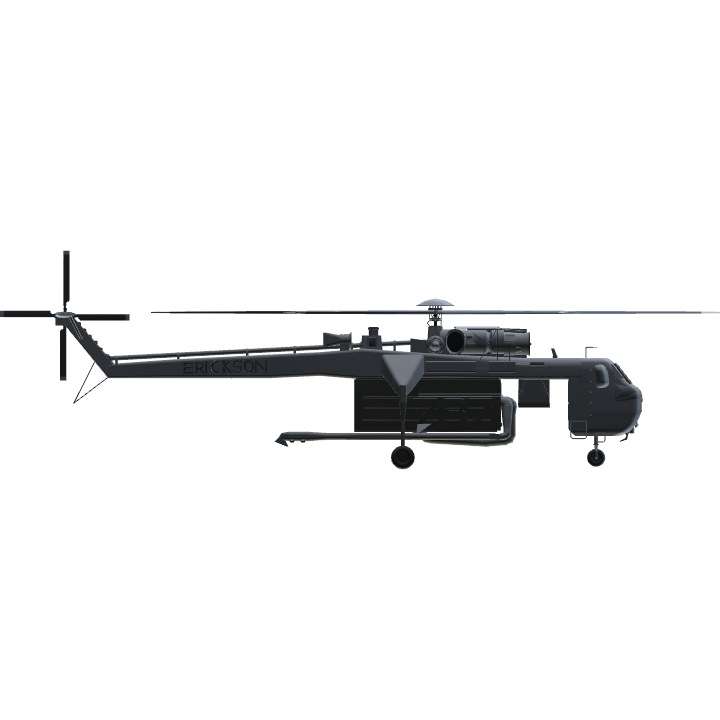 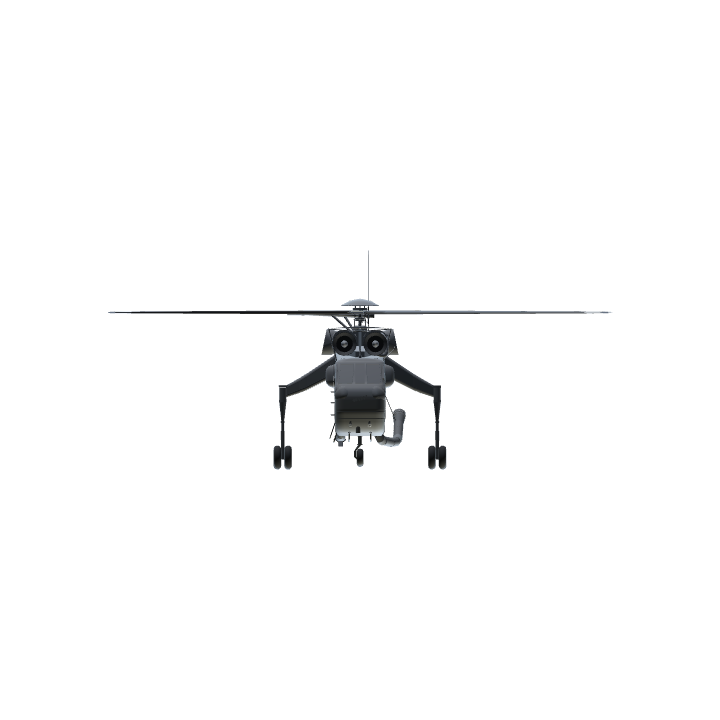