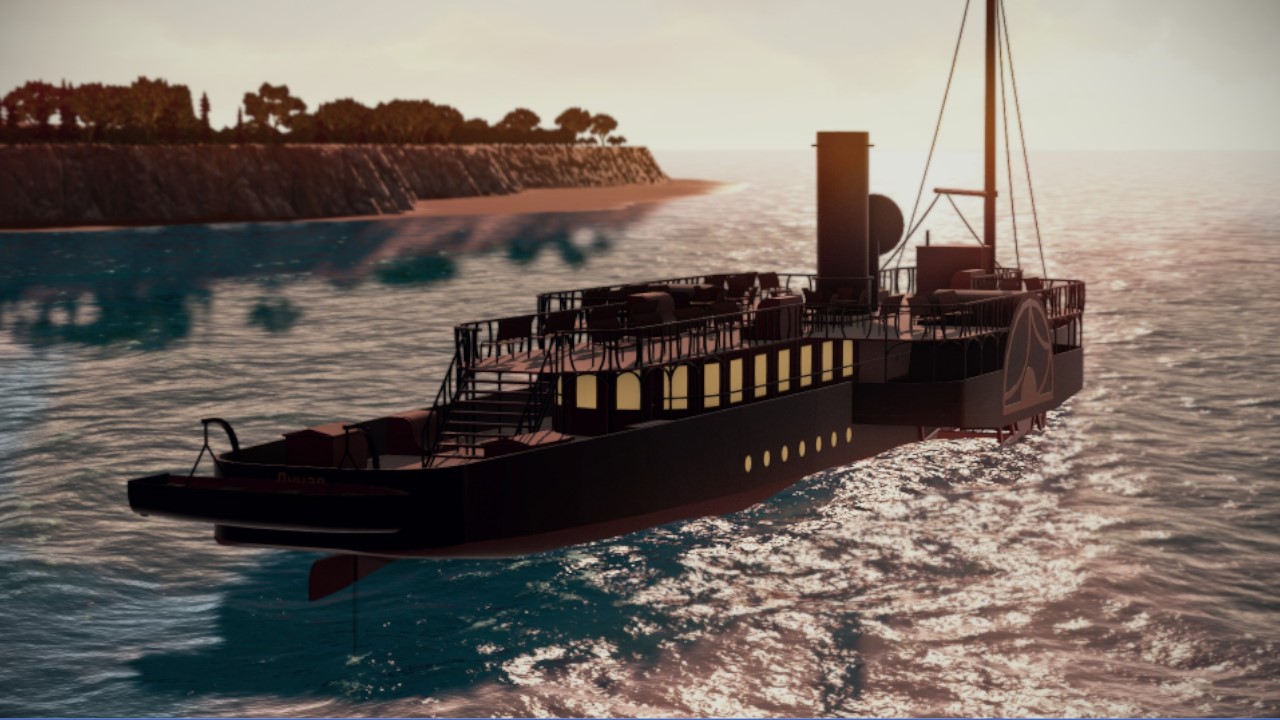 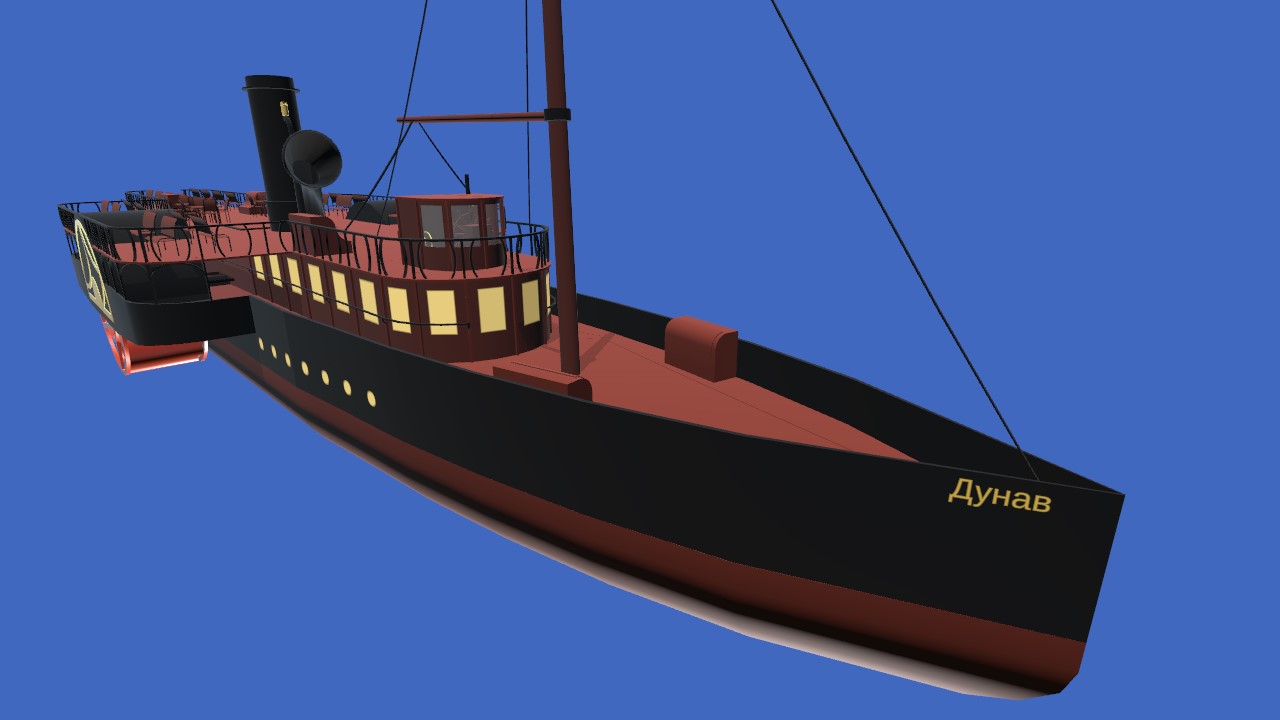 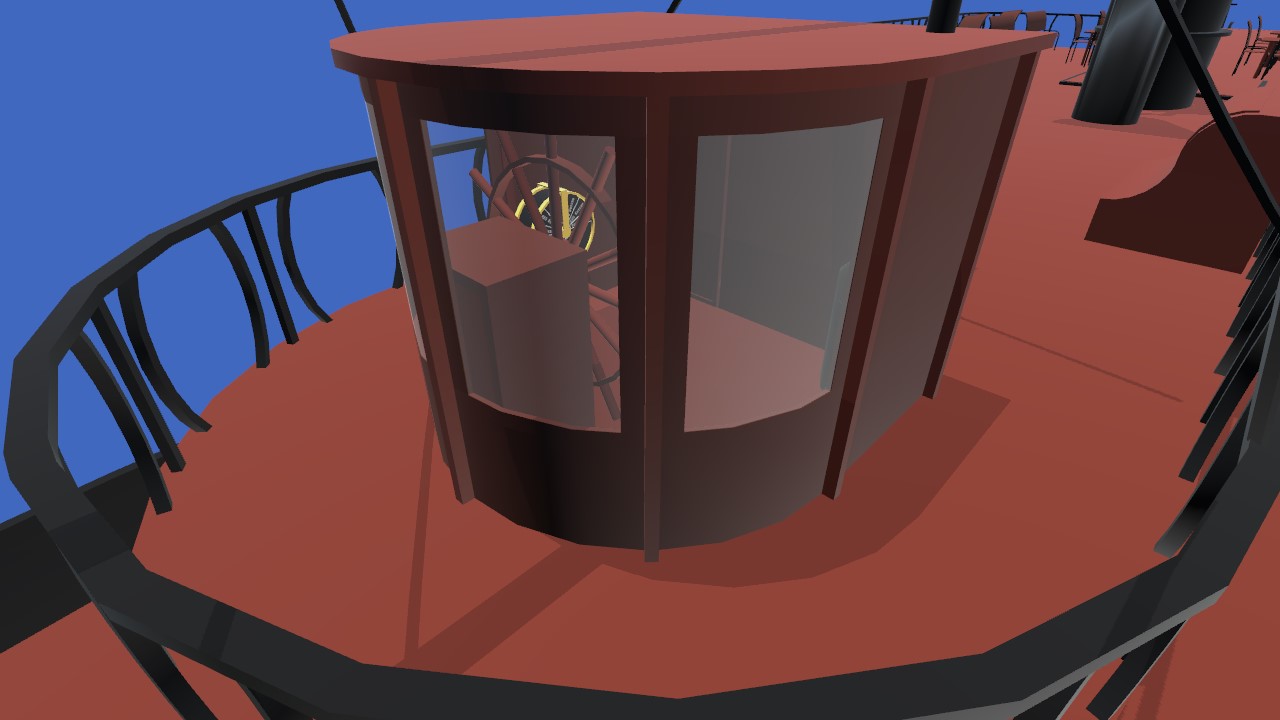 PS Dunav is a Danube paddle steamer operating between Belgrade and Budapest. Laid down in 1867 at M.Corp river shipyard in Novi Sad, she was launched in 1868, and named after the river Danube.

PS Dunav is a sidewheel paddle steamer built by M.Corp for its riverine ferry fleet. It features a conventional design of two paddle wheels connected by a solid shaft, powered by a triple expansion steam engine below deck. The engine is geared to the shaft.
Deck of the Dunav is fairly narrow for a Danube steamer, being patterned after Thames ships. Other features are also more typical of British steamers of the time, including bare wood superstructure and black hull. Hull is divided into five watertight compartments connected via doors.
Below deck layout of Dunav features passenger rooms both ahead and behind the engine compartment, with boilers and the engine being placed amidships, between the paddle wheels. Coal is stored on either side of the hull, next to the engine and boiler rooms.
On the main deck, there is a long superstructure, mostly occupied by a restaurant. It features large windows along its entire length, with doors on either end. Kitchen is in the middle, and doors are on either end.
On top of the restaurant, there is a large promenade deck with benches and a few tables. It is accessed by the stairs on the rear end of the superstructure. It has the wheelhouse on its front end.

Entering service in 1868, PS Dunav was operated on the route from Budapest to Belgrade, with stops in all major town and cities, as needed. She ran scheduled service on that route, with a number of interruptions for refits or when the ice didn't allow operation, until 1914, when the First World War started.
Having found itself in Vienna when the war between Kingdom of Serbia and Austro-Hungary broke out, Dunav was sized by Austro-Hungarian authorities, and commissioned to carry troops. Sometime in 1918, she struck a sandbank and was taken to Vienna for repairs. The war ended before the necessary repairs were completed.
Upon completion of the First World War, the ship was, under the terms of peace treaty, repaired and returned to the M.Corp. She resumed operations on Danube until 1928. Now sixty years old, PS Dunav was scheduled for a major refit. Significant portion of her planking was changed, boilers replaced for the ones of newer Yarrow design, and superstructure changed to cover more area. Her deck was widened to the width of her wheels, allowing for a lot more room, and thus increasing comfort. She served in that configuration until 1939.
Upon the start of the Second World War, PS Dunav was withdrawn up the river Velika Morava, where it was scuttled in the shallow water ahead of advancing German troops. Attempt was made to burn her to the waterline, but a heavy rain extinguished the flames, and Yugoslav forces were forced to retreat before they could finish the job. She was refloated by Germans and resumed scheduled service on Danube under the new owners. She struck a mine in May of 1943 and was forced to run aground near the village of Belegiš. There she remained for the rest of the war.
In 1945, short on river boats, authorities of SFRJ (Socialist Federative Republic of Yugoslavia) refloated and repaired PS Dunav, now under the name "Revolucija" ("Revolution"). She was operated between the city of Vukovar and Golubac, with stops in Apatin, Novi Sad, Belgrade, and Smederevo. Occasionally, the service extended into Romania.
In 1962, the ship, now nearly a century old, was scheduled for scrapping. However, due to her popularity with the passengers, it was requested that she be preserved as a museum ship. She spent thirty eight years as such, until, after the fall of Socialist government of Yugoslavia, M.Corp returned and requested that the ship be repatriated to it. Having won the court case and agreed to preserve the ship, M.Corp set out to restore her functionality.
PS Dunav was thoroughly repaired and restored, having suffered significant decay due to neglect. Her powerplant was replaced with a working replica, and ship was brought to its 1928 condition. Following the modern safety standards, life rafts were hidden on her to be deployed in emergency, and modern navigational and communication equipment was installed. PS Dunav now operates cruise tours between Novi Sad and Golubac during the summer, being used as a floating restaurant off-season. It is scheduled to be laid up for maintenance during the autumn of 2022, after which it will continue its service.

This build was supposed to be a quick work, very low part count boat at first. However, I made a simple railing on the upper deck, and found it a bit dull, so I added more elements to it, rising the part count. Then I figured a few places to sit and admire the nature would be nice, and made a few benches. Piece by piece, part count got to where it is now.
I was inspired by pictures of a few British riverine steamers, but having lived near the Danube my whole life, I couldn't put my ship all the way on the Island. Danube was indeed a home to many paddle steamers, albeit usually of a slightly different design. That design will be demonstrated by the after-refit version of Dunav (do note in, the service history, the 1928 refit). Hopefully, I will finish and post that one too.
Major features of this build are a fairly accurate shape for a ship of that time, including the lower hull and superstructure. Beside that, the build also features some interesting details, like the railings of the upper deck and paddle wheels.
Engine telegraph is fully functional. Engine behaves as indicated by the telegraph unit in the wheelhouse. This is how the engine was really commanded back in those days. Another similar unit would be in the engine room, and engineer (engine operator) would receive orders in a form of bells when the unit in the wheelhouse is used. He would then confirm the order by adjusting his unit to the same setting, and would adjust the engine accordingly.
The build is not VR compatible at all. I don't have a VR set to test if things work, and I couldn't be bothered to waste parts on a build that is supposedly too heavy for VR anyway.

I would like to thank my friends on SPMC and PortSP for support, BogdanX for significant feedback, and MisterT for epic pictures below. 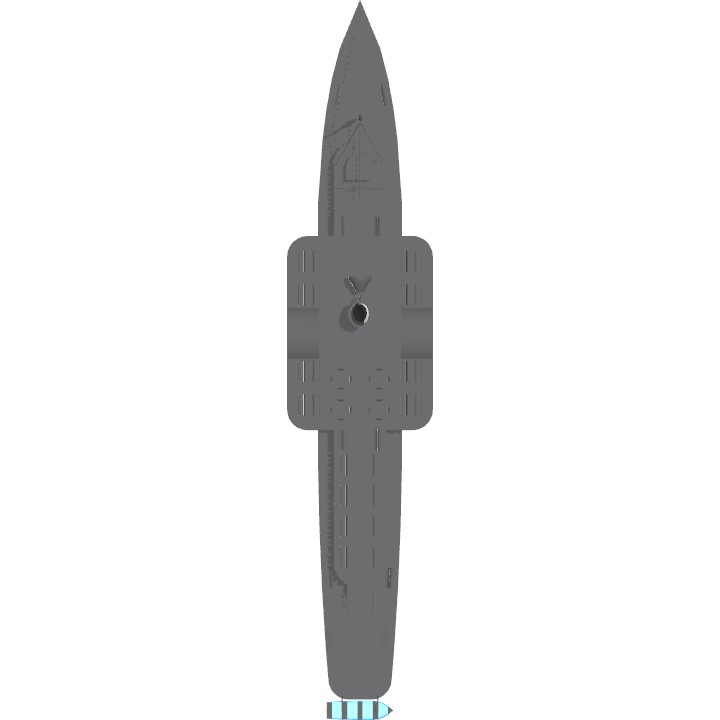 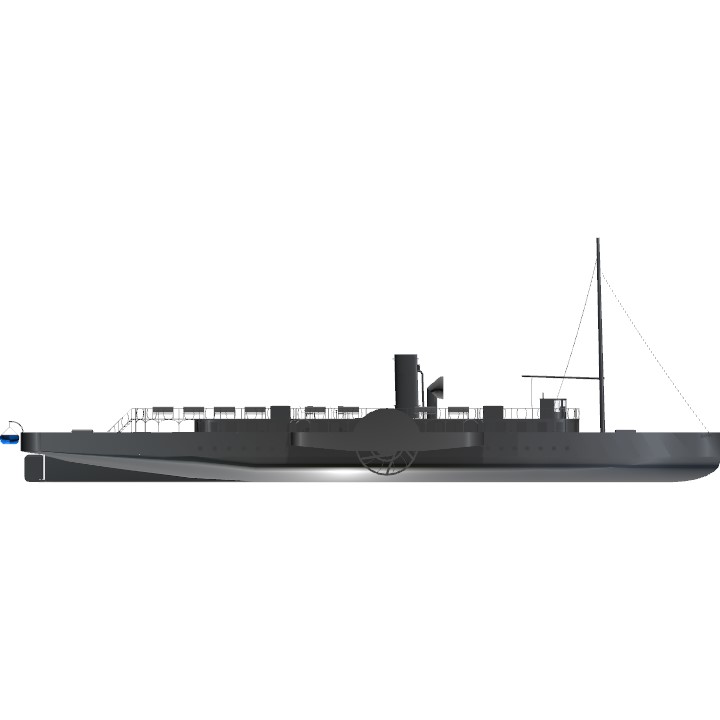 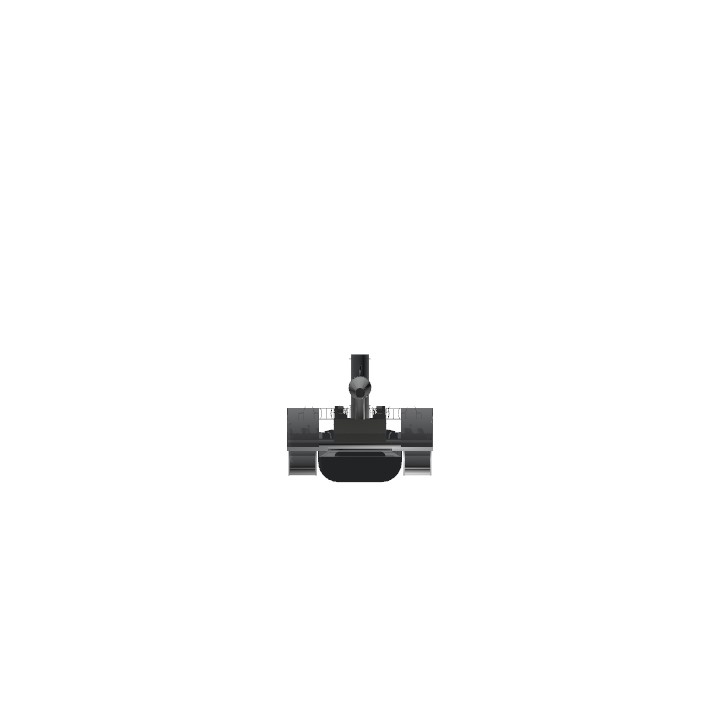