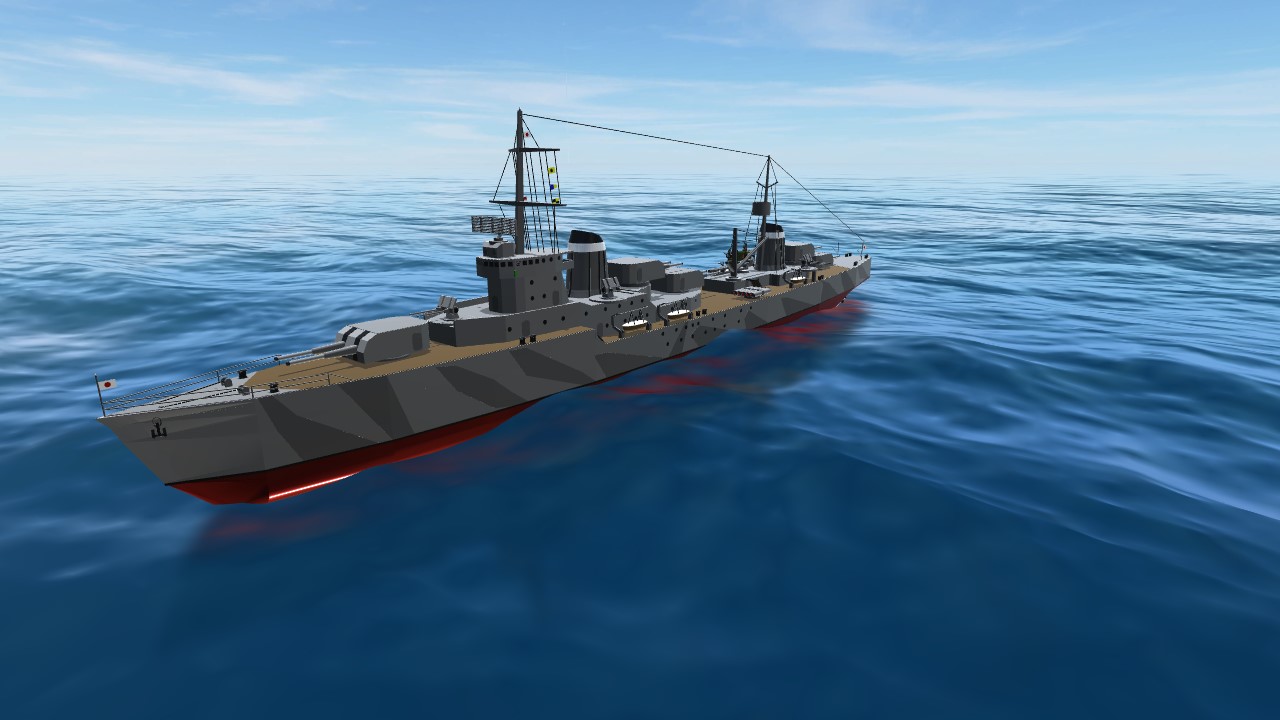 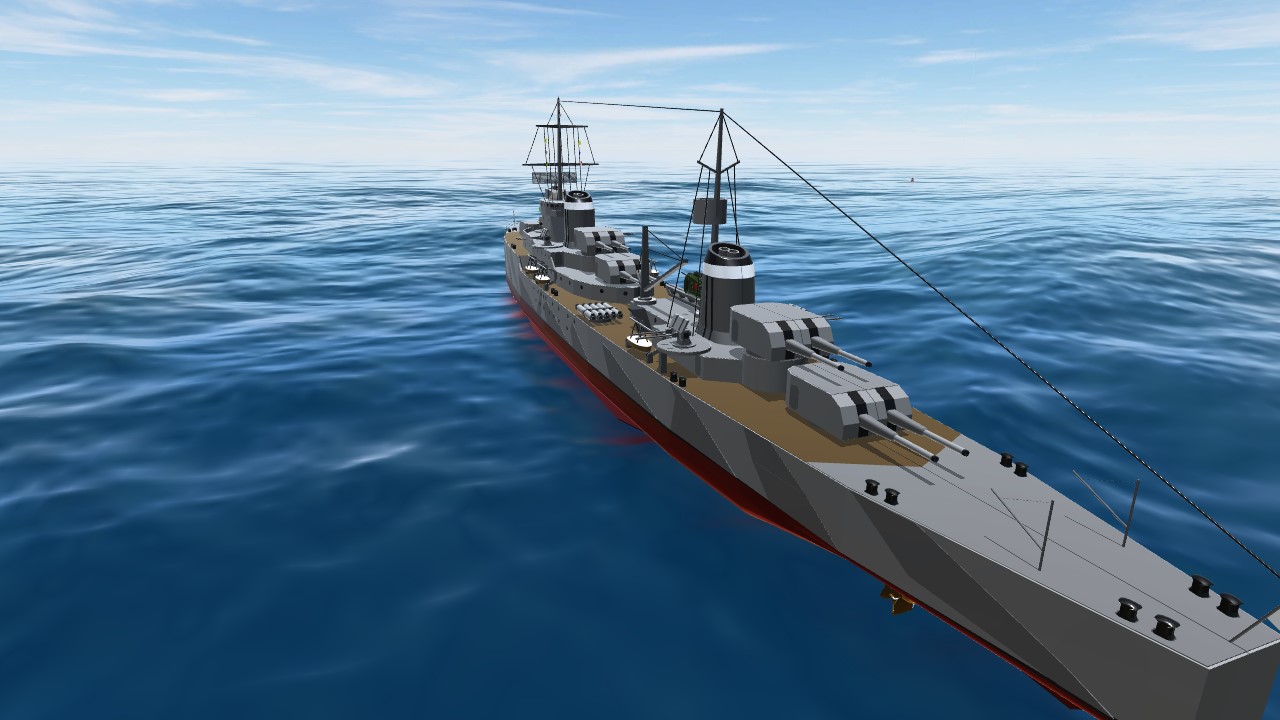 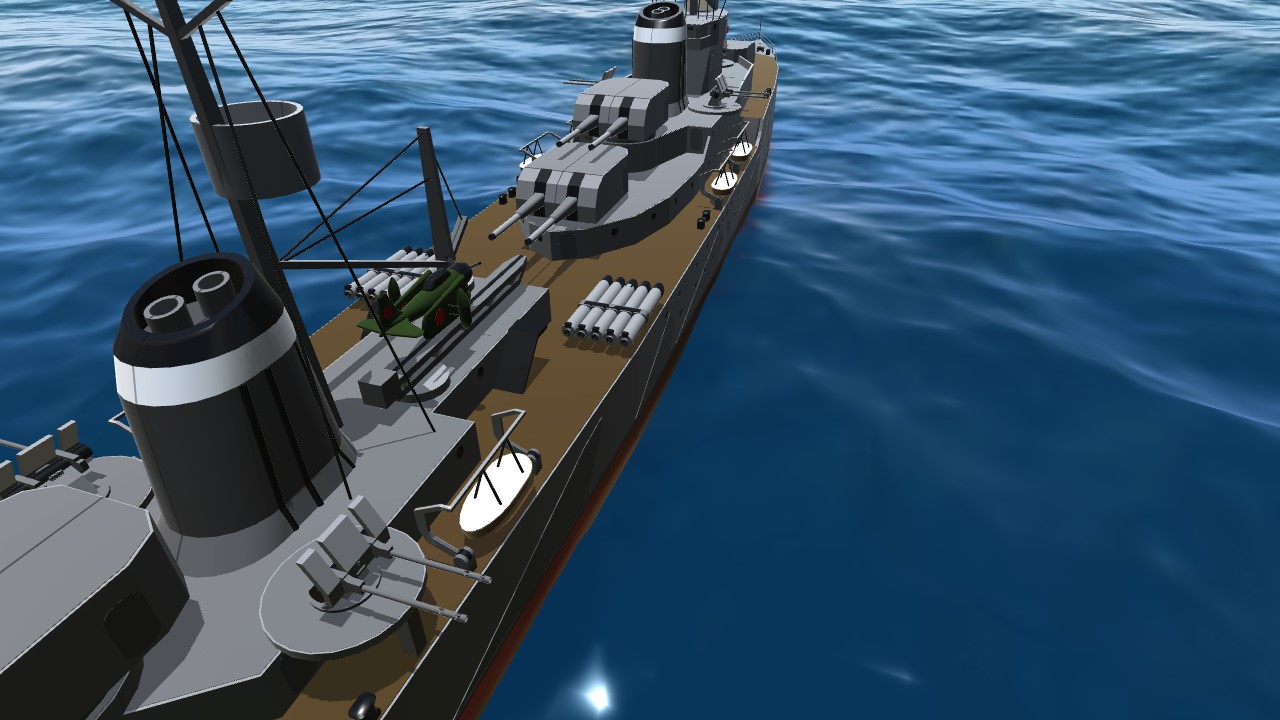 I present you the Japanese light cruiser Hadokama class Hadokama

the hadokama is a japanese light cruiser which was used in the second world war. its powered by 4 v10 and its two coaxial propellers. this tech was used befor in , as an example the wyvern by the british air force and marine. so th japs had thought :" hmm why dont we build this into a ship?!" so thats the result.
the hadokama class has three ships the hadokama, ninsui and the tadoron. (thous will be builded in future). its very fast and agile so noghting is compareable to this in the light cruiser class . its heavily armoured and powerfull (by guns) it also can be used as a AA suport in the fleet. it has 5 by 2 150mm artillerie and 5 7,5 mm anti aircraft cannons.

all gun pairs have aiming cams

so you might ask: why is this ship so tiny?
evenough you builded giants befor?

the answer is:
working turrets more detailing and less lag.

this ship is fictional and not used in ww2

hope you enjoy it yours : 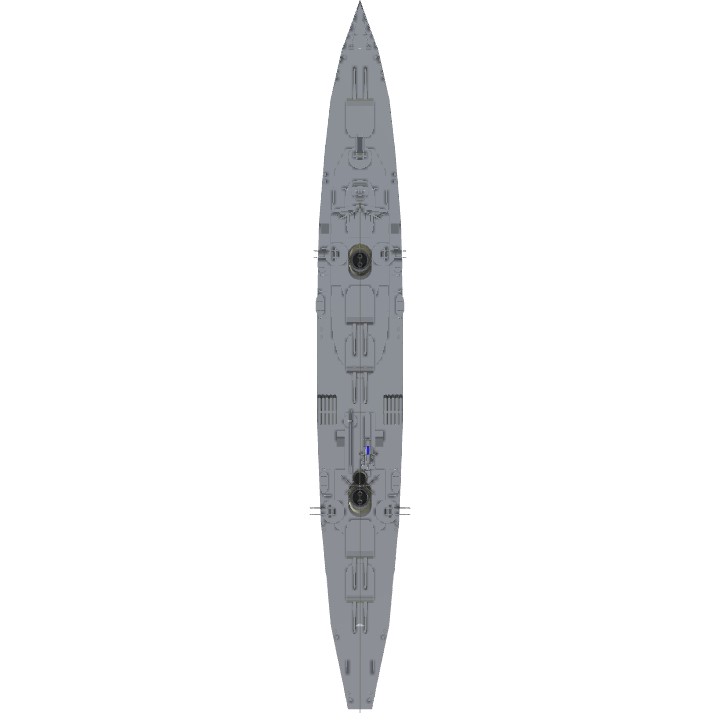 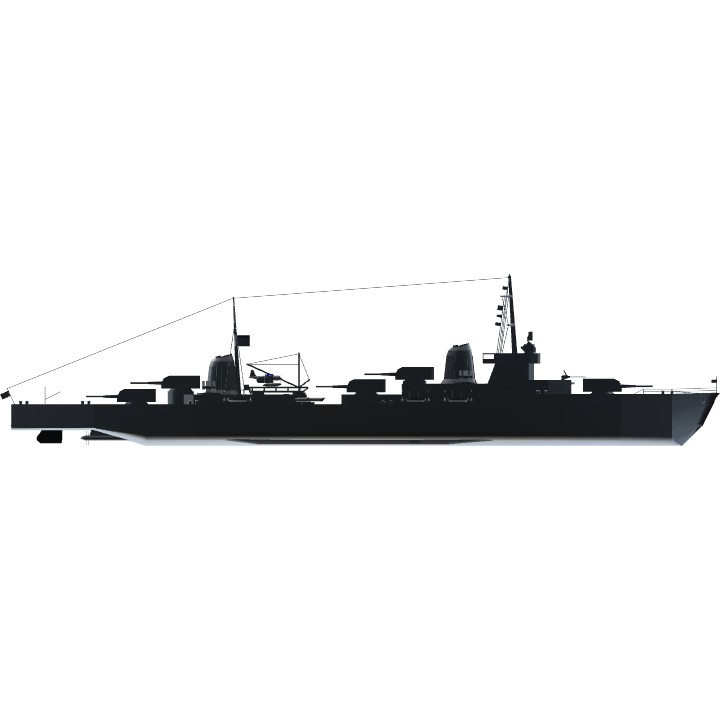 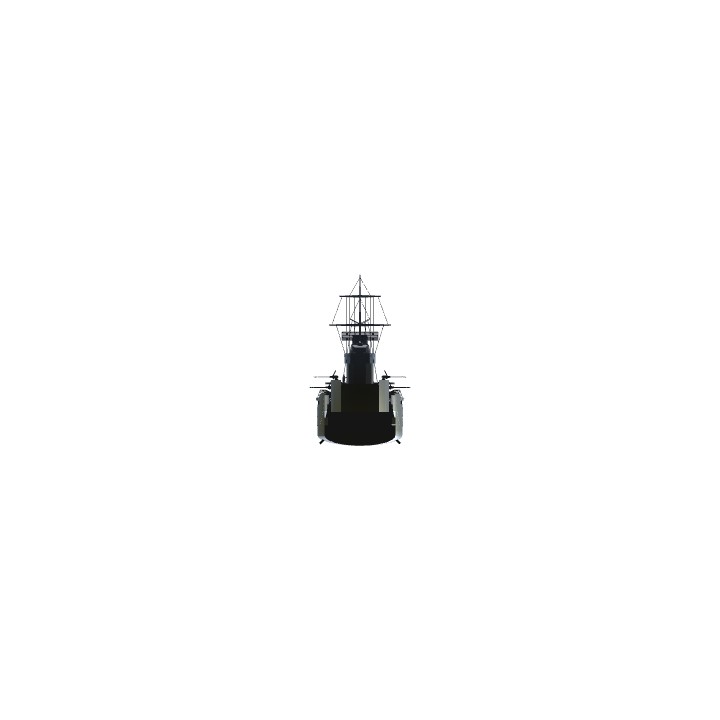