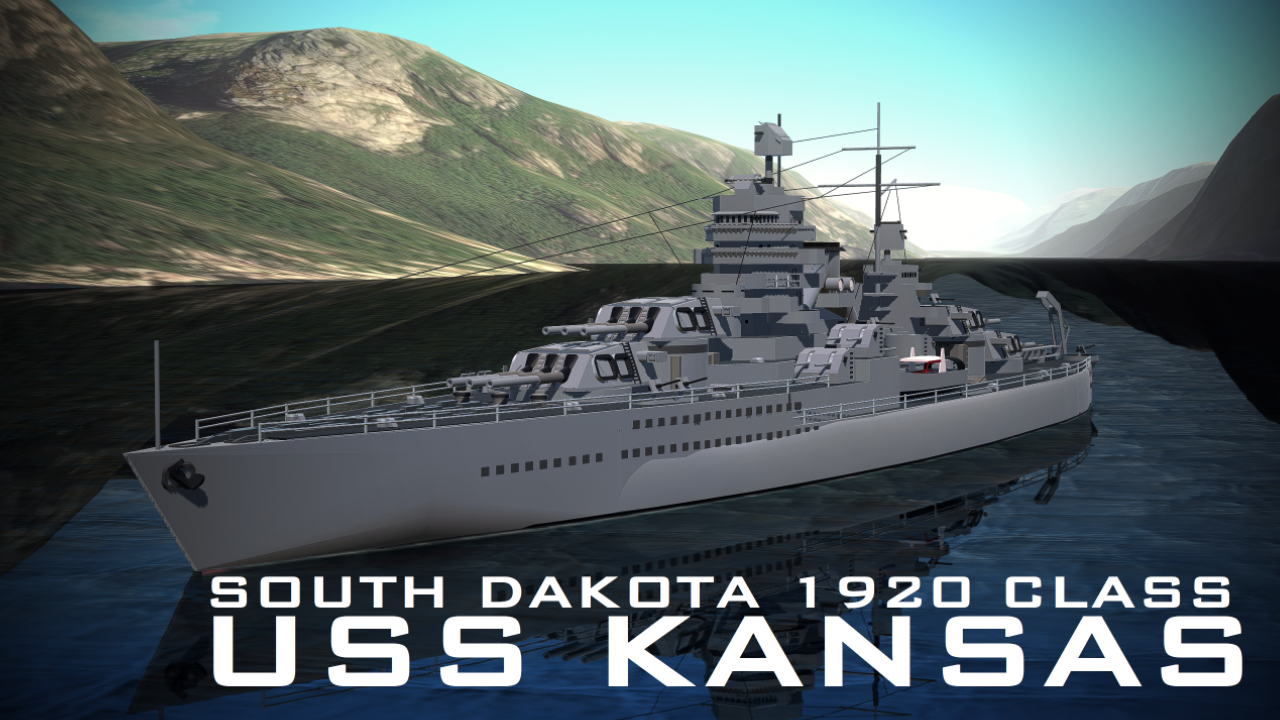 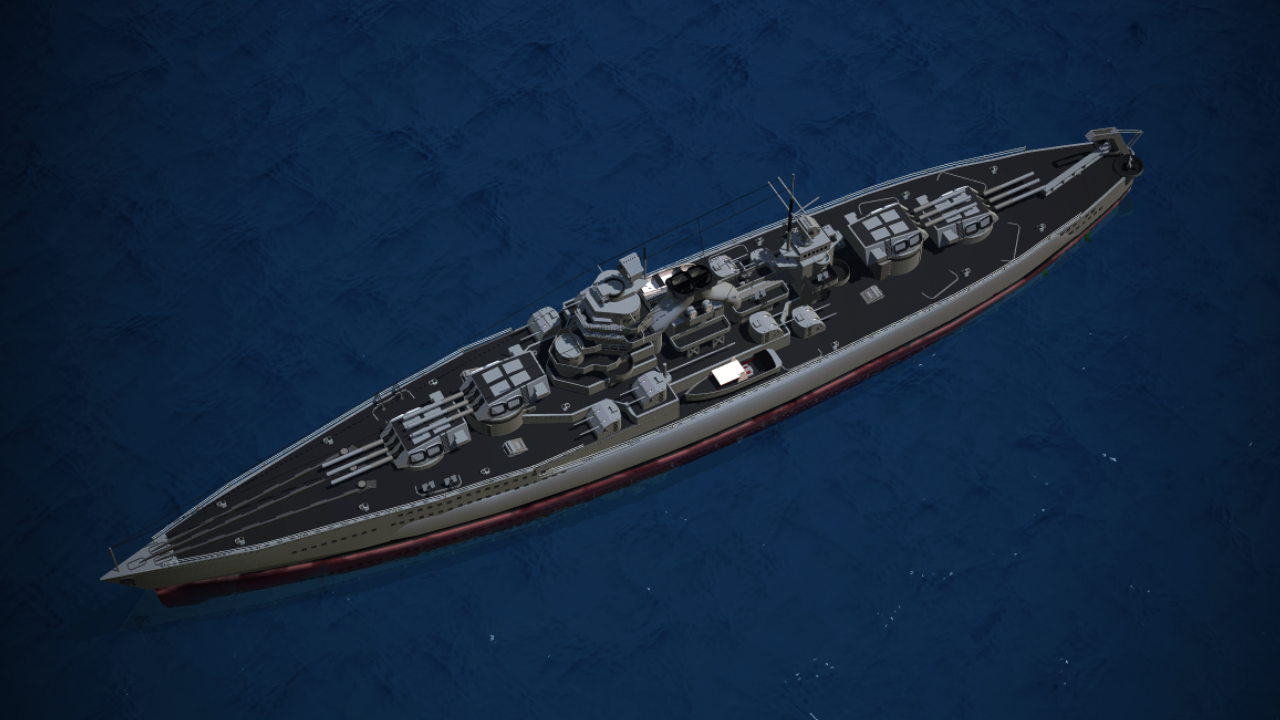 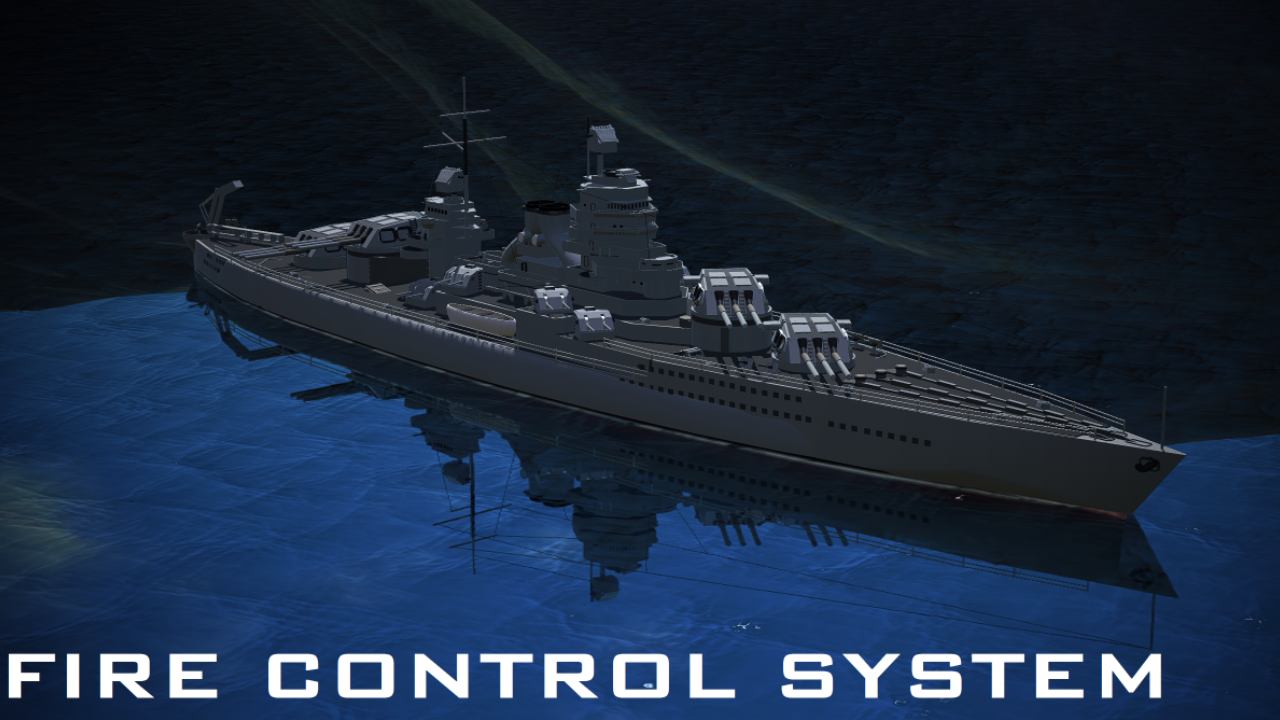 As part of the new naval race between the English, Japanese, and Americans, the South Dakota class was ordered in 1920 as a drastic improvement over the Colorado class. The South Dakotas were faster, much more well armed, and a much heavier 47,000 tons of displacement, while retaining 13.5 inches of belt armor. Due to the Washington Naval Treaty, the South Dakota 1920 class was cancelled along with the similar British N3 and Tosa class. These ships would have carried 12 16"/50 guns in 4 turrets, a number not even surpassed in WW2, and thus having a heavier broadside than the Yamato, yet being much slower thanks to the US "Standard" Battleship and lower armor thicknesses.

USS Kansas is a fictional ship of the SD1920 class, where the United States would have agreed to scrap its outdated dreadnoughts of Wyoming and New York classes, in return for completing the Kansas. Kansas is a pre-Pearl Harbor USS BB design, sharing the low-height but enlarged superstructure of New Mexico, replacing the old hyperbolic masts, as well much more AA and a change from casemates to the 5"/38 dual purpose gun in 8 turrets of 2 barrels each.

Being a refitted but pre-Pearl Harbor Standard Battleship, she is slow, carries little AA, and has not been fattened yet with humongous torpedo bulges. The superstructure design also limits the firing arcs of the secondaries, especially the front A secondary turrets, as those are prevented from going their full arc to avoid superstructure damage. Her place in the USN however, allows her to gain access to the most advanced firing control systems and radars of the time.

Since the build is for 1234 part challenge, we knew that everyone would have the same amount of parts. Thus, the ship was budgeted accordingly to meet the goal, and tries to make up in a lack of detail with funky features.

This Simpleplanes version comes with the following:

Fire Control System
This ship features a fire control system allowing aiming to be easily done. Main battery turrets lock the target's heading and calculate the projectile motion required to hit it . Of course, there is always lead, so the player uses roll and pitch to adjust the turrets accordingly. This in a sense works realistically, with primitive fire-control computers taking in data and feeding in initial values, while plotters adjust guns based on shell splashes from the initial hits.

The 5"/38 dual mount dual purpose guns work the exact same way, but can be used as AA as well.

To view the source of all the funky trees on the ship, from FCS to rudder gyro formula, please click below. 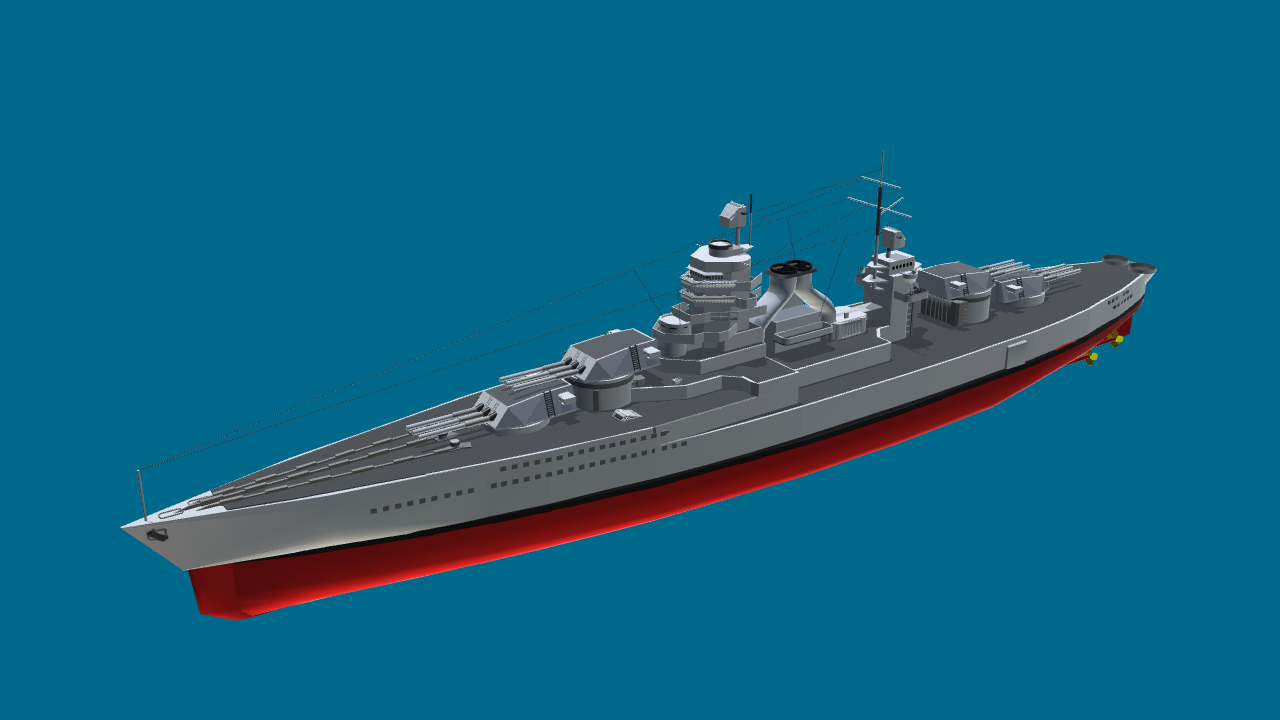 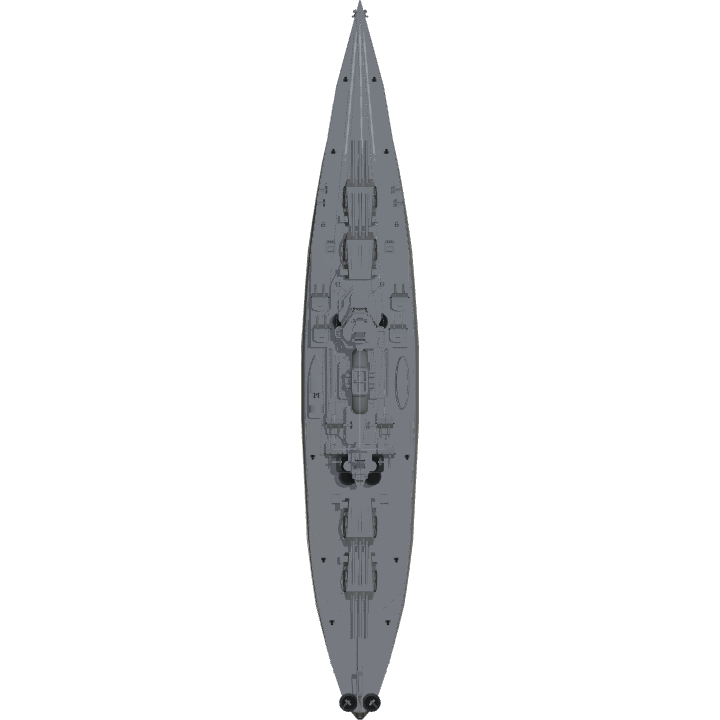 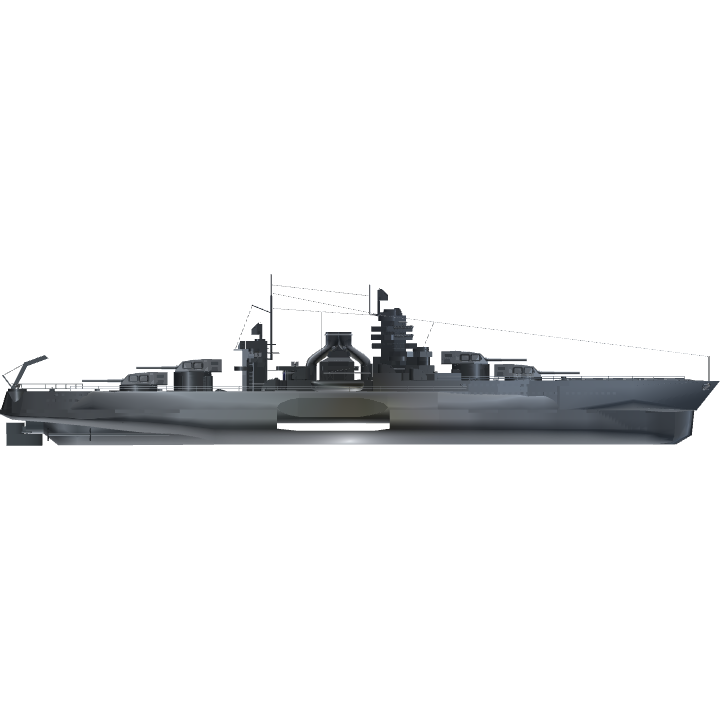 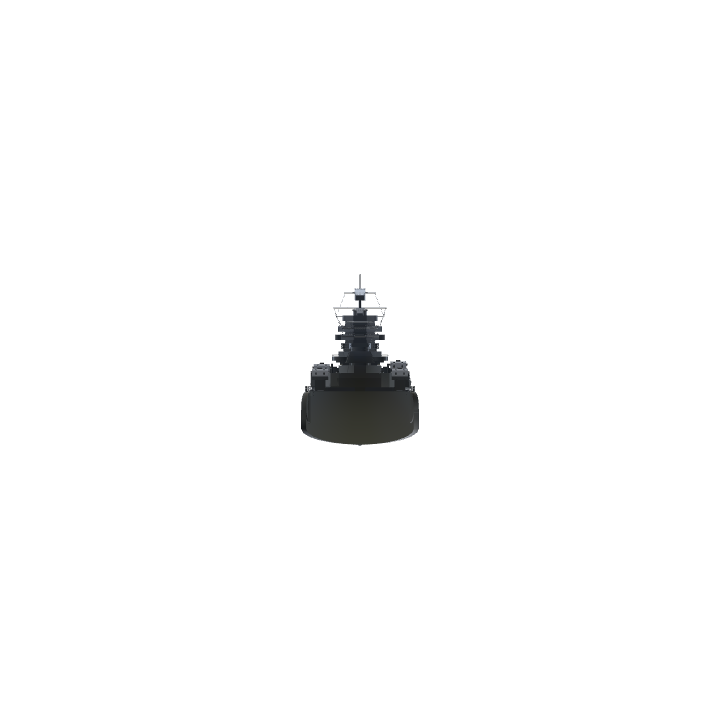