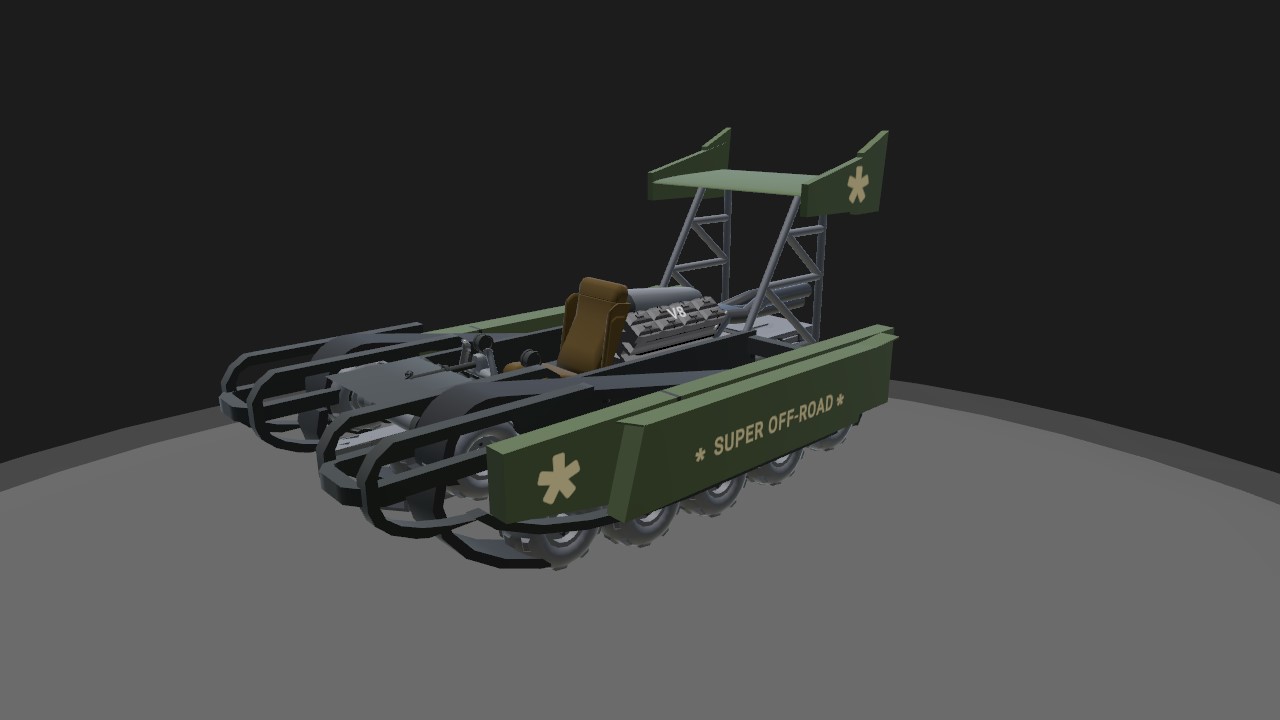 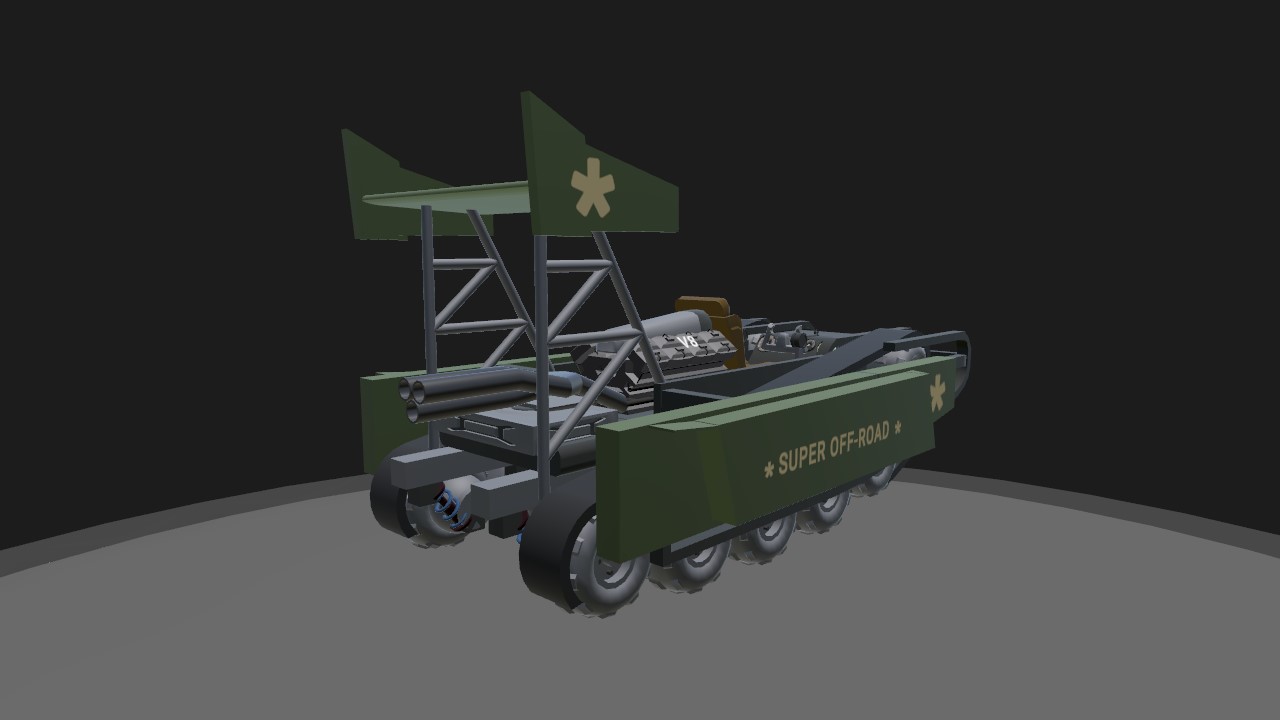 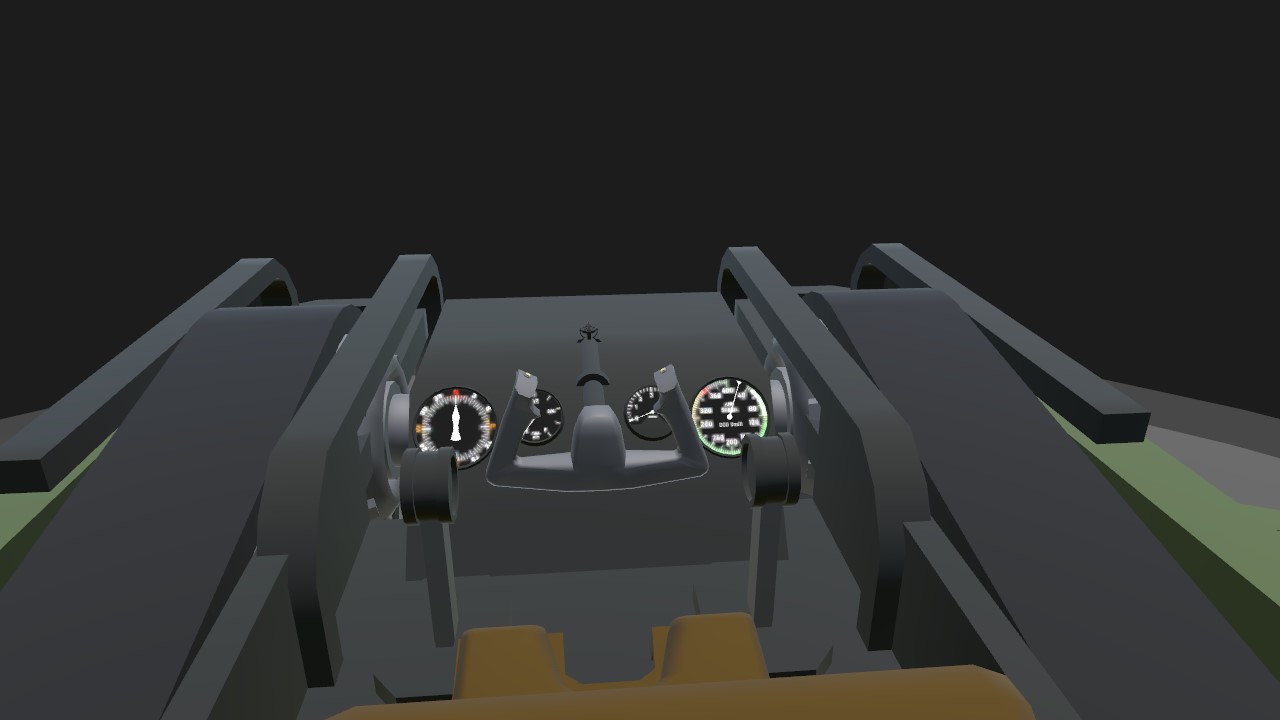 here's a little side project of mine while you wait for the Porsche 917 and TFX-114.
the Super Offroad vehicle from the 2012 2D physics and driving game Hill Climb Racing. it is one of the best vehicles in that game, posessing one of the highest grip and downforce levels, alongside extremely fast top speed and acceleration and decent fuel efficiency.
as you can tell, porting a 2D sprite design into a 3D game is hard, but i think i did pretty well overall

reference image, from which i directly took the colors and also based the whole thing on: 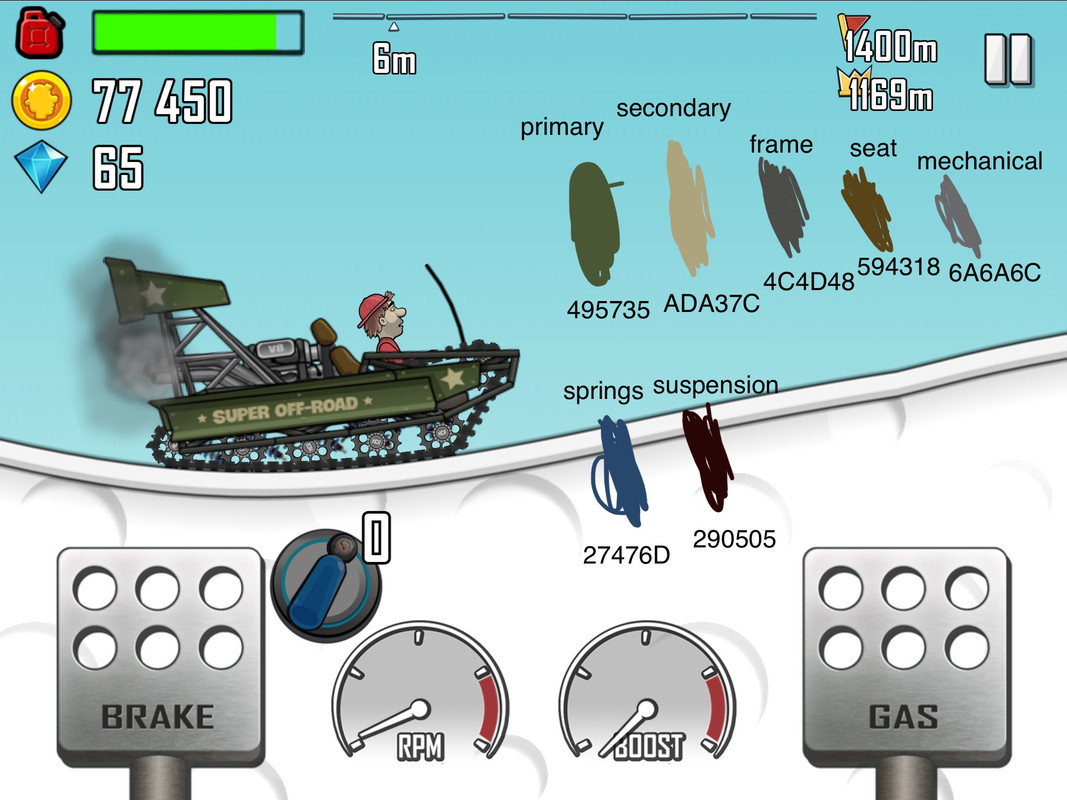 of course, due to it being a tracked vehicle, it's handling is a little different than normal cars. at any reasonable speed it has more understeer than a Bugatti, but at slow speed it might as well be an oversized fidget spinner.
and, since i'm a mobile pleb, this uses traditional wheel spam type of "tracks", so you don't need to use any mod for it either. you can probably replace my solution with a modded track, though it will likely mess up the whole performance, so i don't recommend it, although i'll appreciate if someone can make it work well with a track mod while also keeping the hypercar levels of performance

controls:
(remember that controls are always accessible in the craft instructions tab, both when spawned in and in the designer)

Pitch or Throttle to drive, Roll or Yaw to steer
AG1 to detach the wing (in the real game it will detach when you hit it hard enough/enough times, you can't do this in SP so this is the best way i could recreate that)
AG2 to AG7 are empty
AG8 to enable gyro to flip yourself over 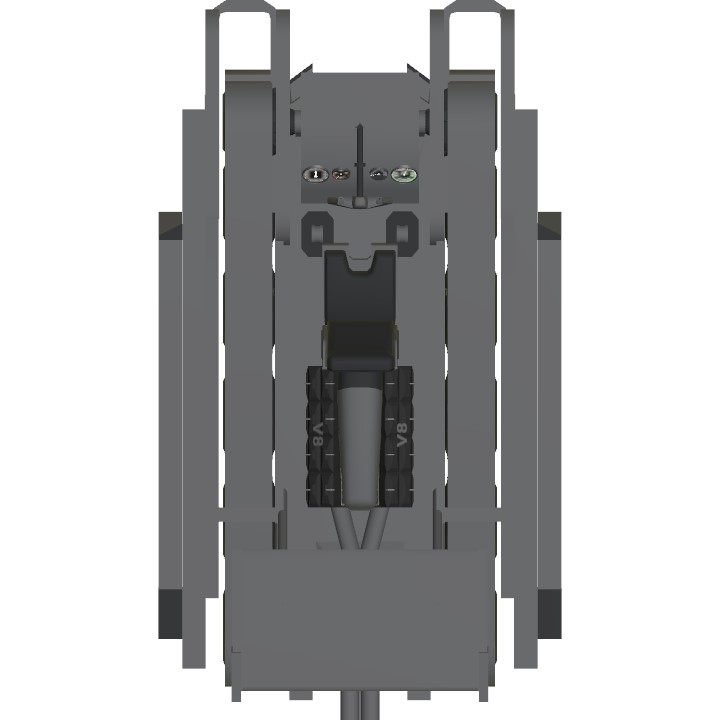 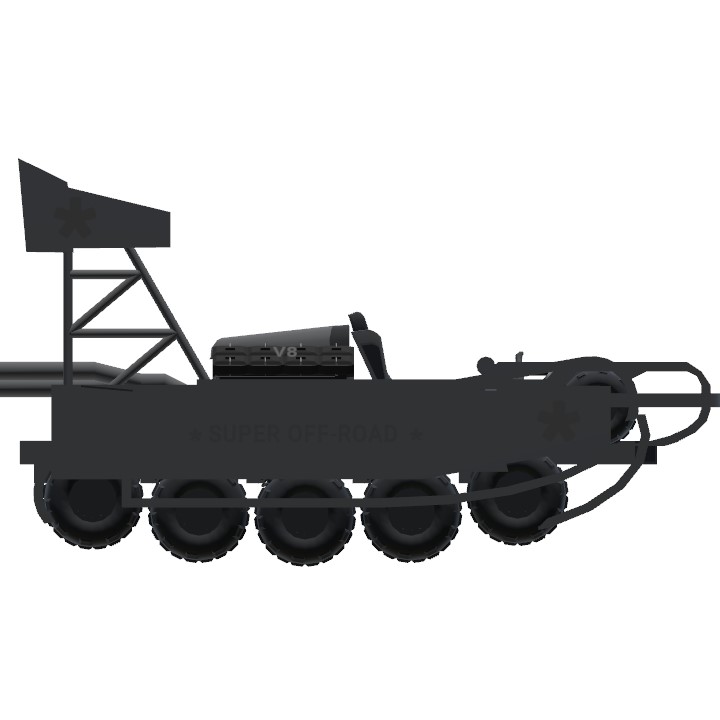 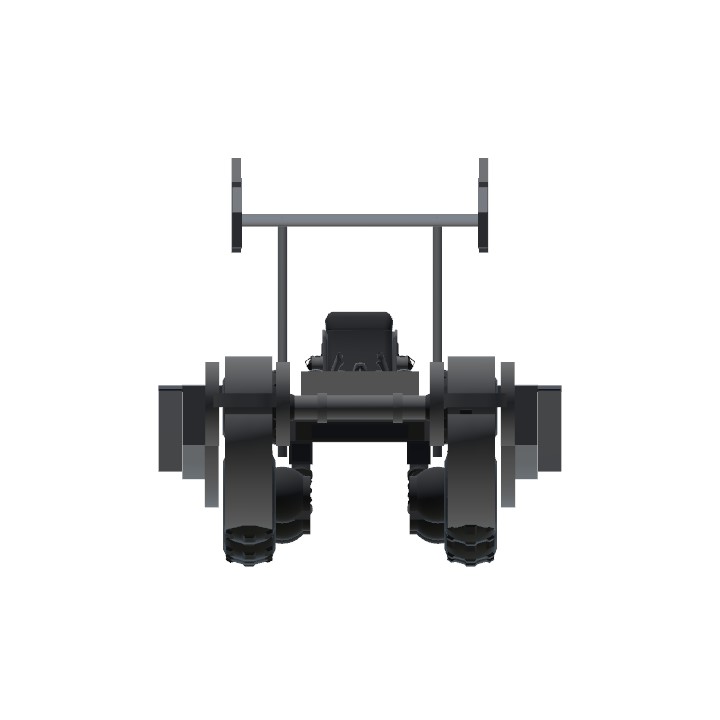