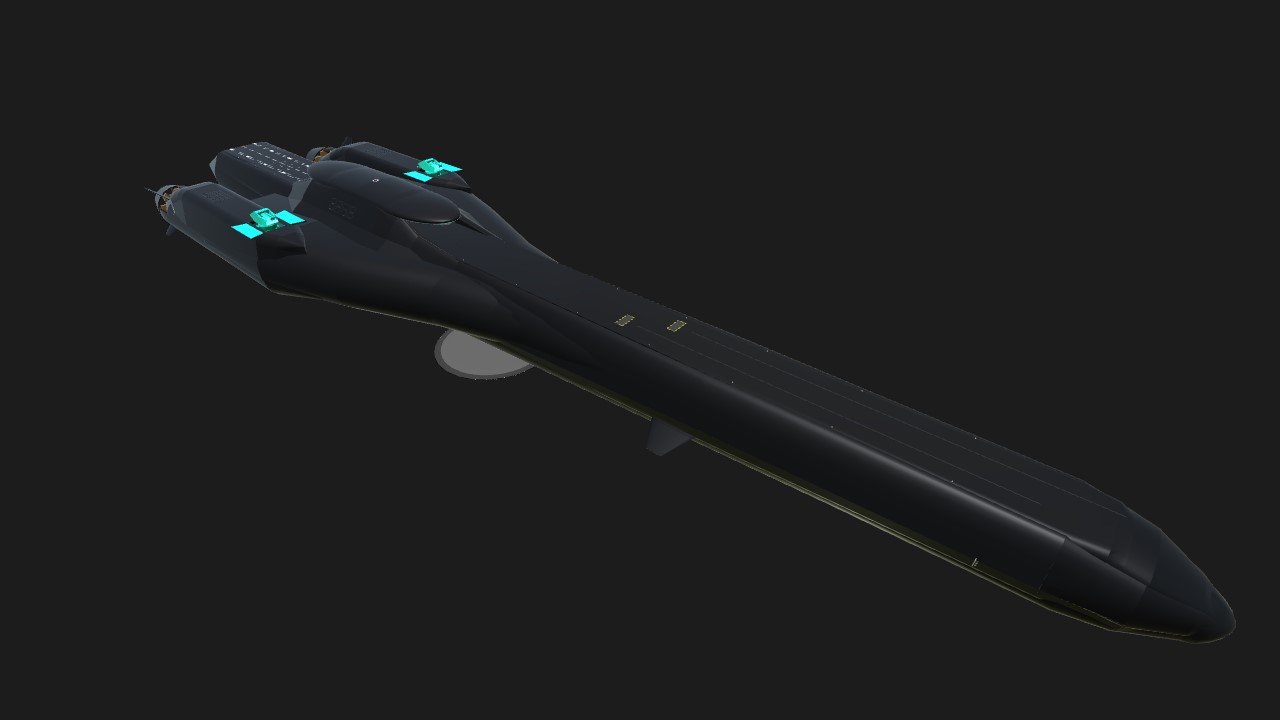 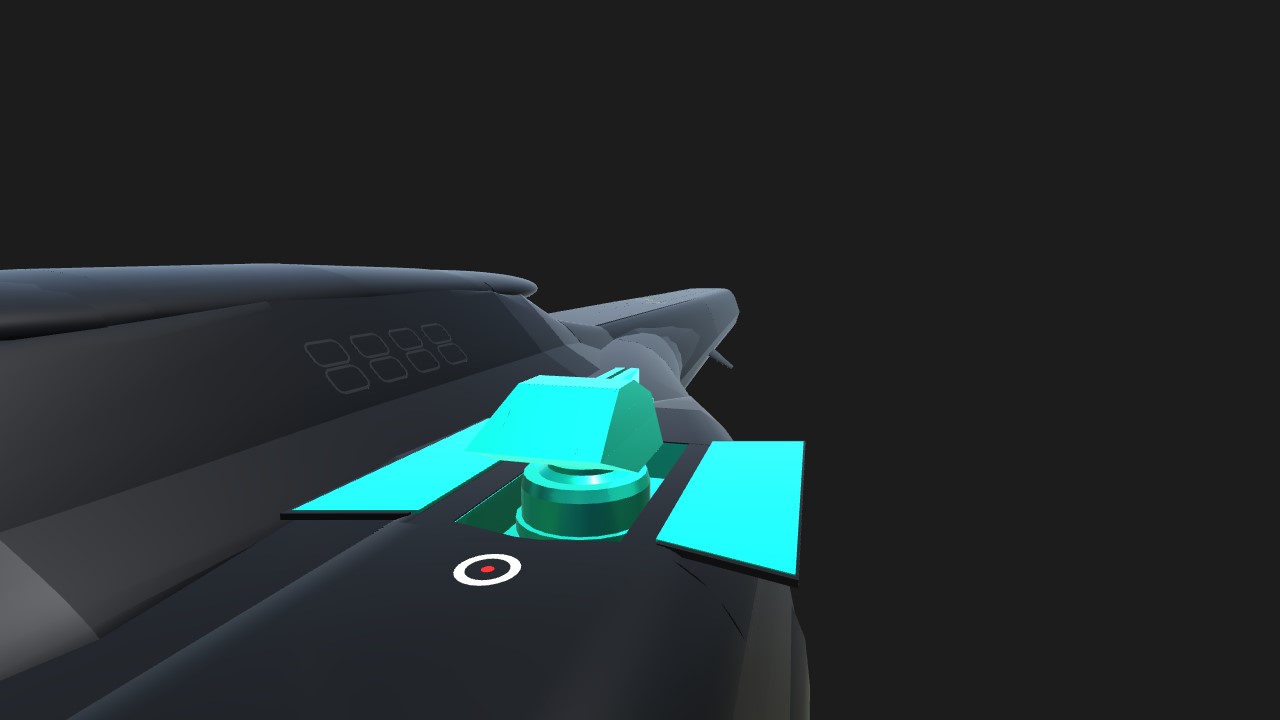 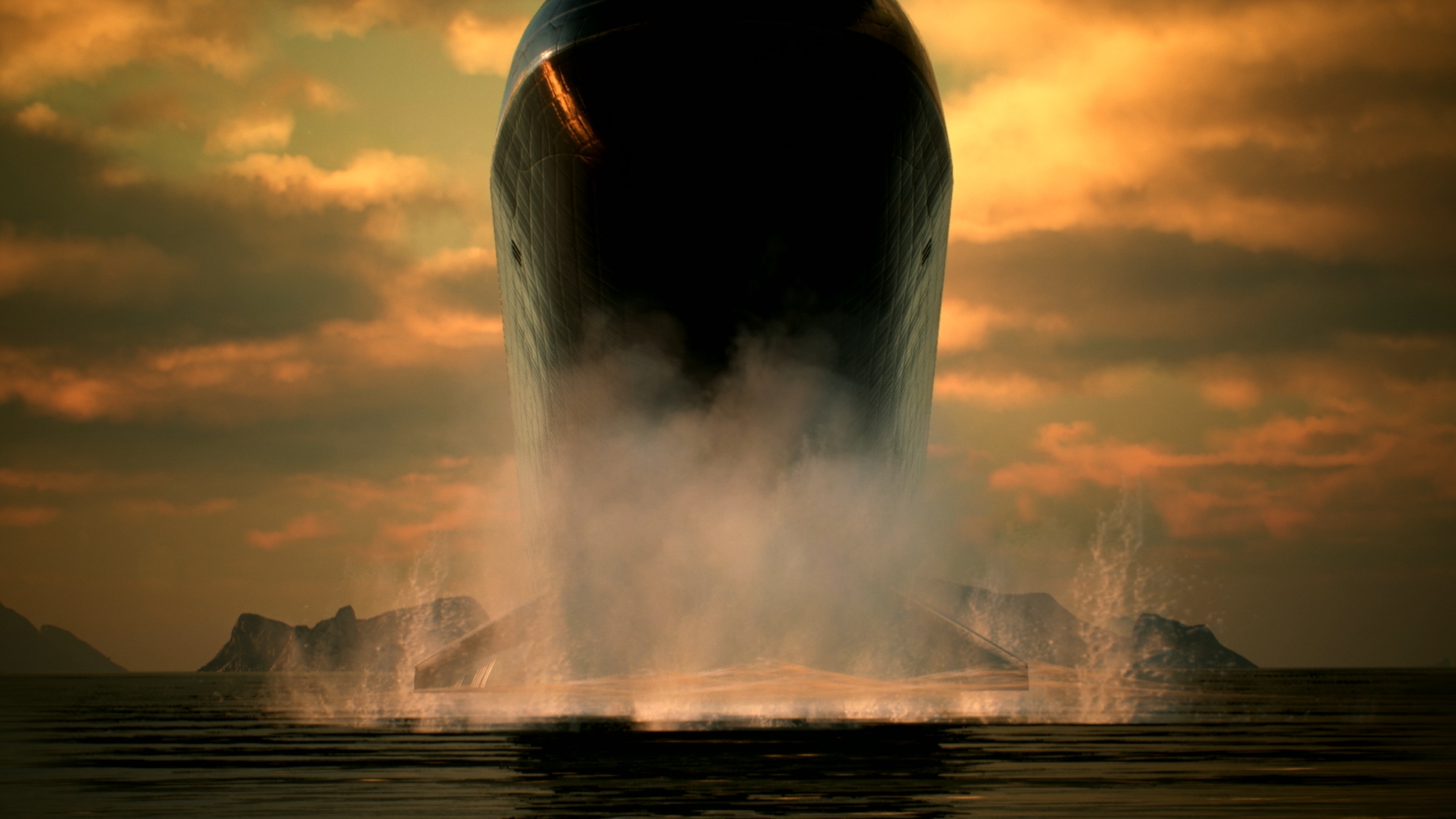 <<Heed my words! This boat has the means to end this hideous war, in a definitive and elegant manner.>>

The Alicorn is a large nuclear submarine and the only known member of the Alicorn class of submersible aviation cruisers. It is a successor to the Scinfaxi class of submarines, two massive submarines in their own right. The Alicorn carries both aircraft and Submarine Launched Unmanned Aerial Vehicles (SLUAVs), but that is where the similarities end. It’s massive size and armament make it second to none, with a length of 495 meters (1624.02 ft), and armed with two powerful railguns and a devastating rail cannon, housed in the main and auxiliary hulls.

This working model of it incorporates many design features of the Alicorn, from the rail cannon and railguns to the landing deck and trimaran design. However, due to the ship’s massive size, this is a 1:3 scale model of it.

The sub's force projection capabilities are equivalent to a carrier strike group.

Pitch: Strafe up and down, makes diving easier
Yaw: Turns the ship
Roll: Rolls the ship to a certain degree

Try to use trim, VTOL, and pitch when diving and surfacing for a quicker change in depth. Either are perfectly capable of diving the build, though.
Turn off AG8 and 5 when using the railguns or the rail cannon.
The ship will start to sink after spawn, so push it up with buoyancy control.

I want to extend a massive thank you to MintLynx and typeZERO for helping me with this project! MintLynx provided many key pieces and lots of information surrounding making submarines in-game, and typeZERO helped me make the SLUAVs as deadly as they are! 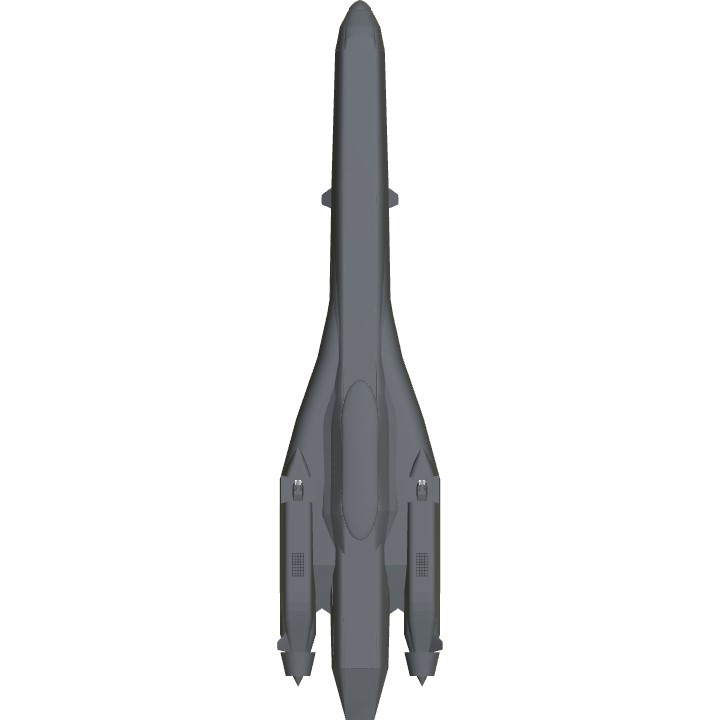 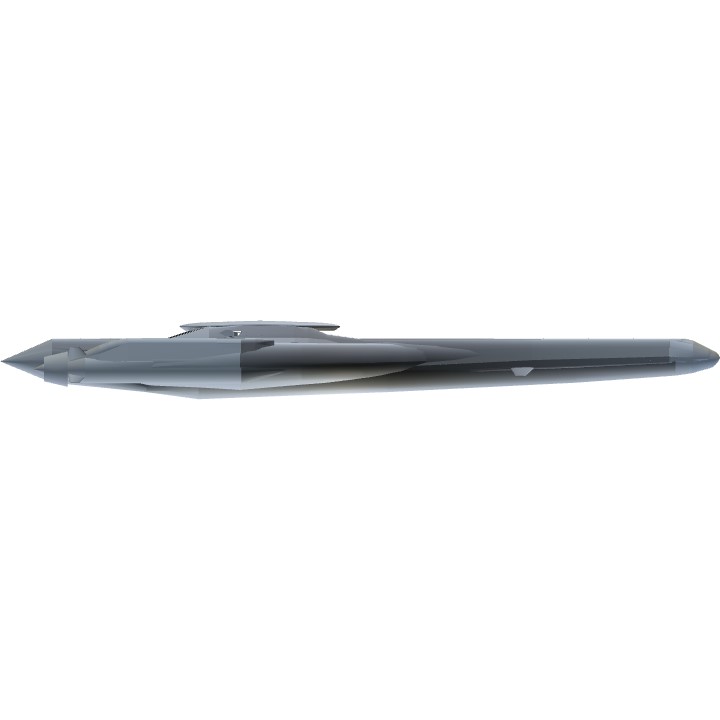 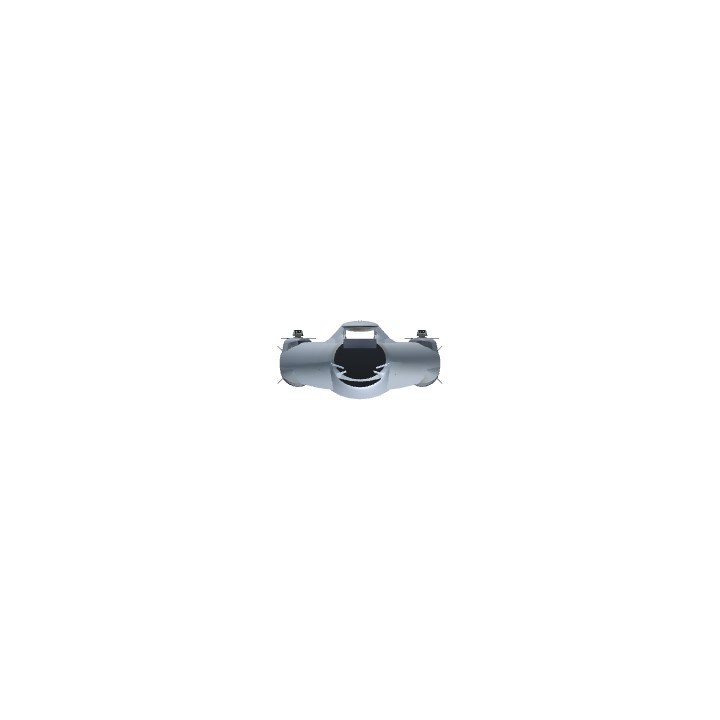